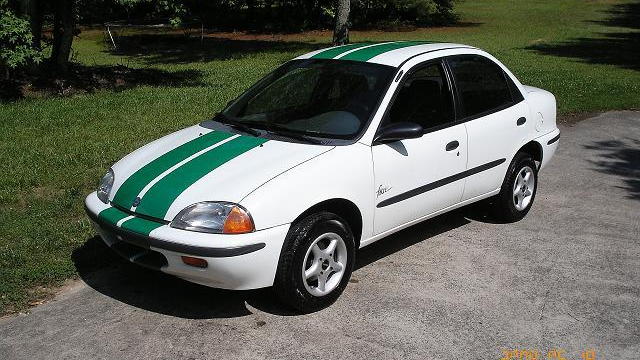 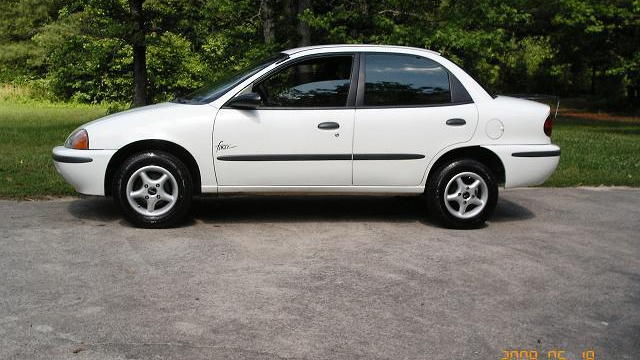 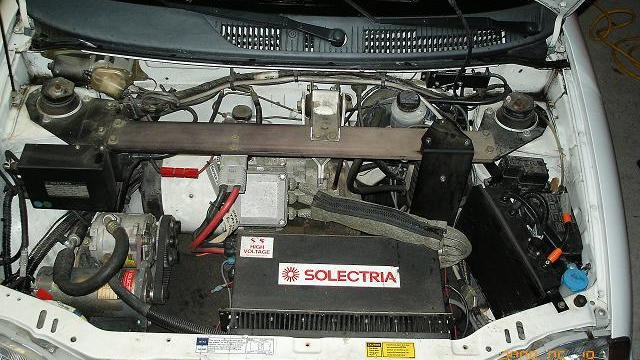 3
photos
Electric car conversions aren't for everyone, but for electric car fans who can't stretch to one of the latest models, they're a much cheaper option to get behind the wheel of an EV.

One such clean and cheap option, the 1997 Solectria Force, is currently sitting on eBay, with a few days remaining on the listing.

In 1997, Solectria Corporation of Wilmington, Massachusetts produced a run of 400 electric vehicles based on the Geo Metro.

The car was based on Metro 'gliders' straight from the factory, and fitted with a 3-phase AC electric motor and 13, 4-cell lithium-polymer batteries with around 11 kWh of capacity. Like the gasoline Metro, the Force is actually quite lightweight--only 2,300 pounds.

Top speed was quoted as 70 mph, and acceleration to 50 mph in a sprightly-sounding 9 seconds. Range was around 80 miles at a constant speed of around 45 mph, and the car features regenerative braking to eke out a few extra miles.

The eBay example has undergone a few changes, notably a new lithium-ion battery pack, which still delivers an 80-mile range.

Unlike many of the conversions of the time, the company didn't disappear overnight, and became Azure Dynamics--makers of the electric Ford Transit Connect. Unfortunately, that company filed for bankruptcy back in March.

The car is listed for $9,000 and finishes just before 9pm PDT on August 8. If you'd like more information on the car, the current owner has a page on EValbum.com.