In the automotive world, development and commercialization of plug-in vehicles has varied from company to company.

While some, like Nissan and General Motors, sell plug-in cars, others, like Jaguar Land Rover, are in developmental stages.

Which is why we’re pleased to hear that Jaguar Land Rover has unveiled the latest of its plug-in hybrid engineering research vehicles -- a Jaguar XJ_e -- during the opening day of the Goodwood Festival of Speed in Hampshire, England.

Combining a 2.0-liter turbocharged direct-injection gasoline engine with a 69 kilowatt motor and 12.8 kilowatt-hour lithium ion battery pack, the XJ_e has a 0-62mph time of under 6.5 seconds, can reach 150 mph, and produces just 75g of carbon dioxide per kilometer.

Like the Range_e diesel plug-in hybrid Range Rover we spotted in a parking lot last year (and then drove a few months later), the XJ_e isn’t destined for production, but does drop some pretty large hints that the luxury automaker is serious about lowering its carbon footprint. 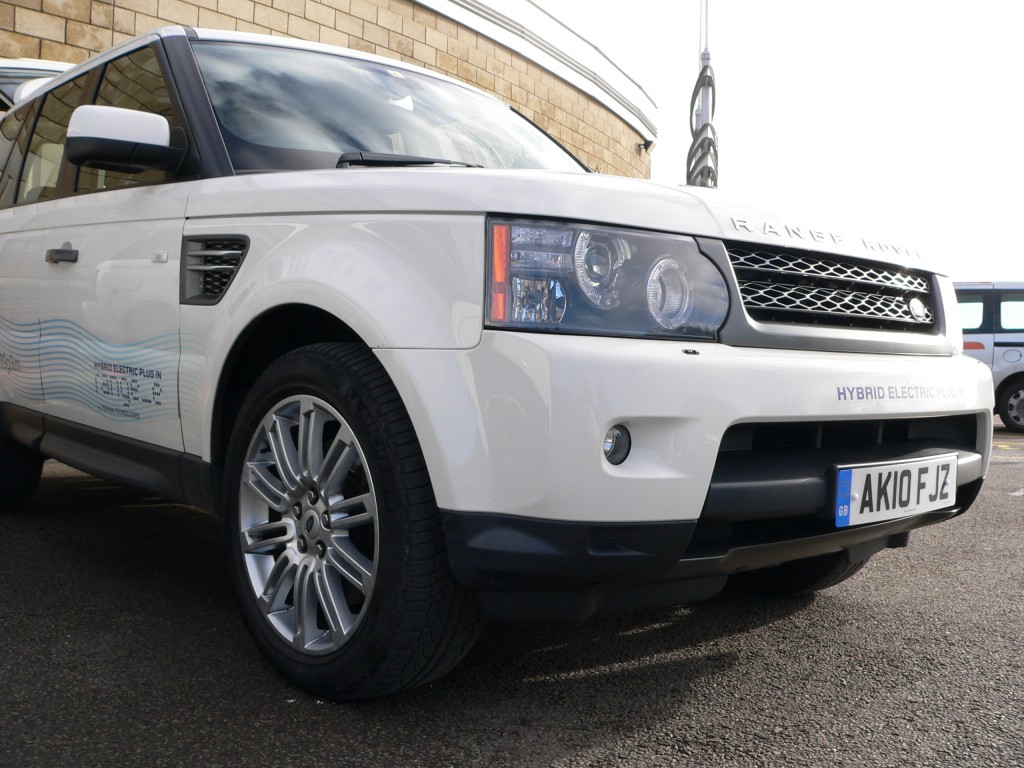 “The XJ_e investigates how a 5.0-liter V8 engine could be replaced by an advanced 2.0-liter hybrid powertrain to deliver similar performance and refinement, but with CO2 emissions of less than 75g/km,” said Bob Joyce, Engineering Director of Jaguar Land Rover.  “While the XJ_e is an experimental project, it highlights that JLR customers can expect some exciting low-carbon products in the future.”

In total, the hybrid system produces around 330 horsepower, while the 12.8 kilowatt-hour lithium-ion battery can provide up to 25 miles of all-electric driving.

Like the Range_e before it, power is transmitted to the road via a hybrid 8-speed automatic transmission rather than the computer-controlled continuously variable transmission found in cars like the Toyota Prius.

For years, the V-8 engine has been a mainstay of the Jaguar Land Rover stable, but we can’t help but wonder if its days are numbered thanks to a little plug-in hybrid technology.

What do you think? Let us know your thoughts in the Comments below.