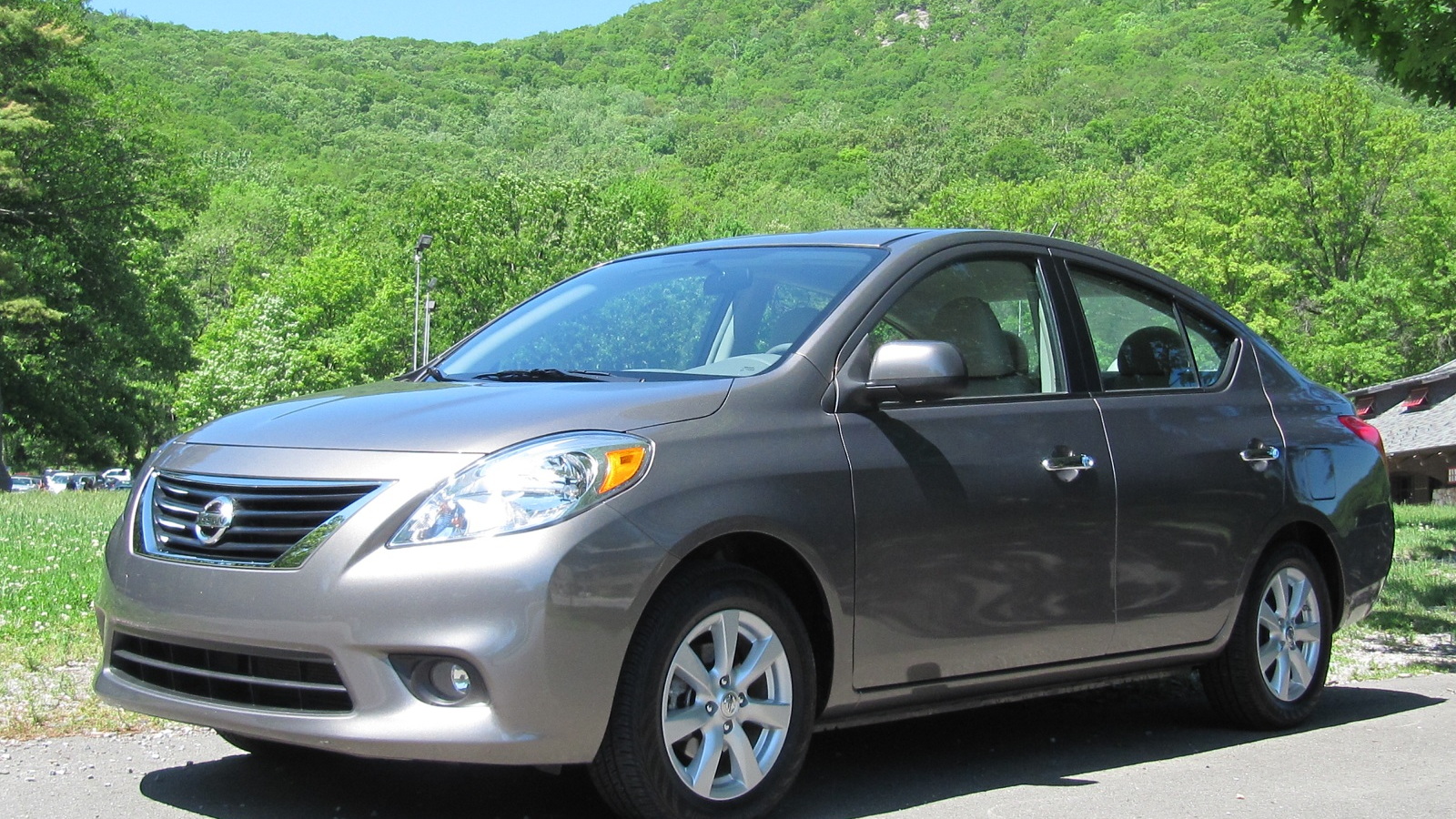 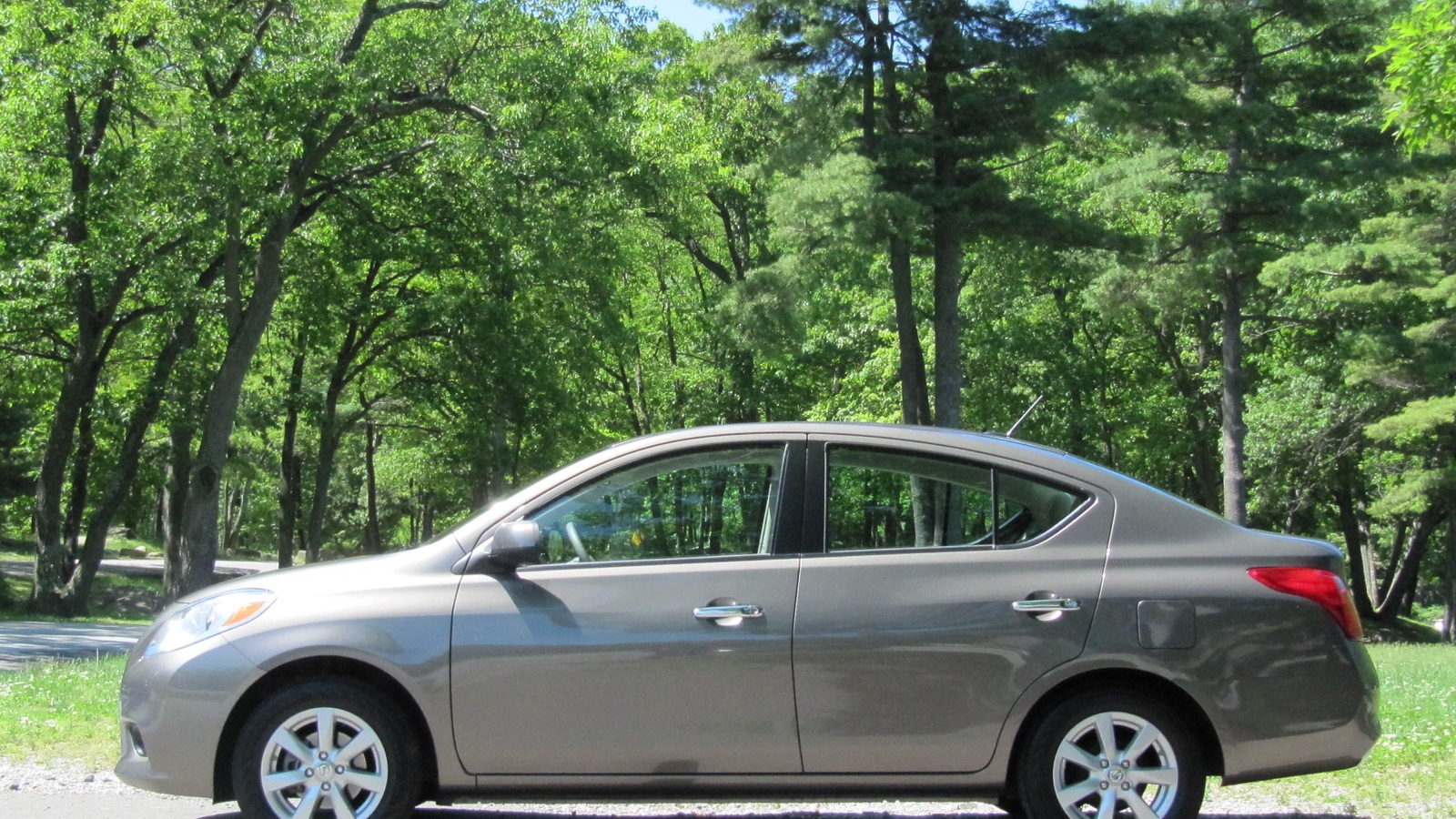 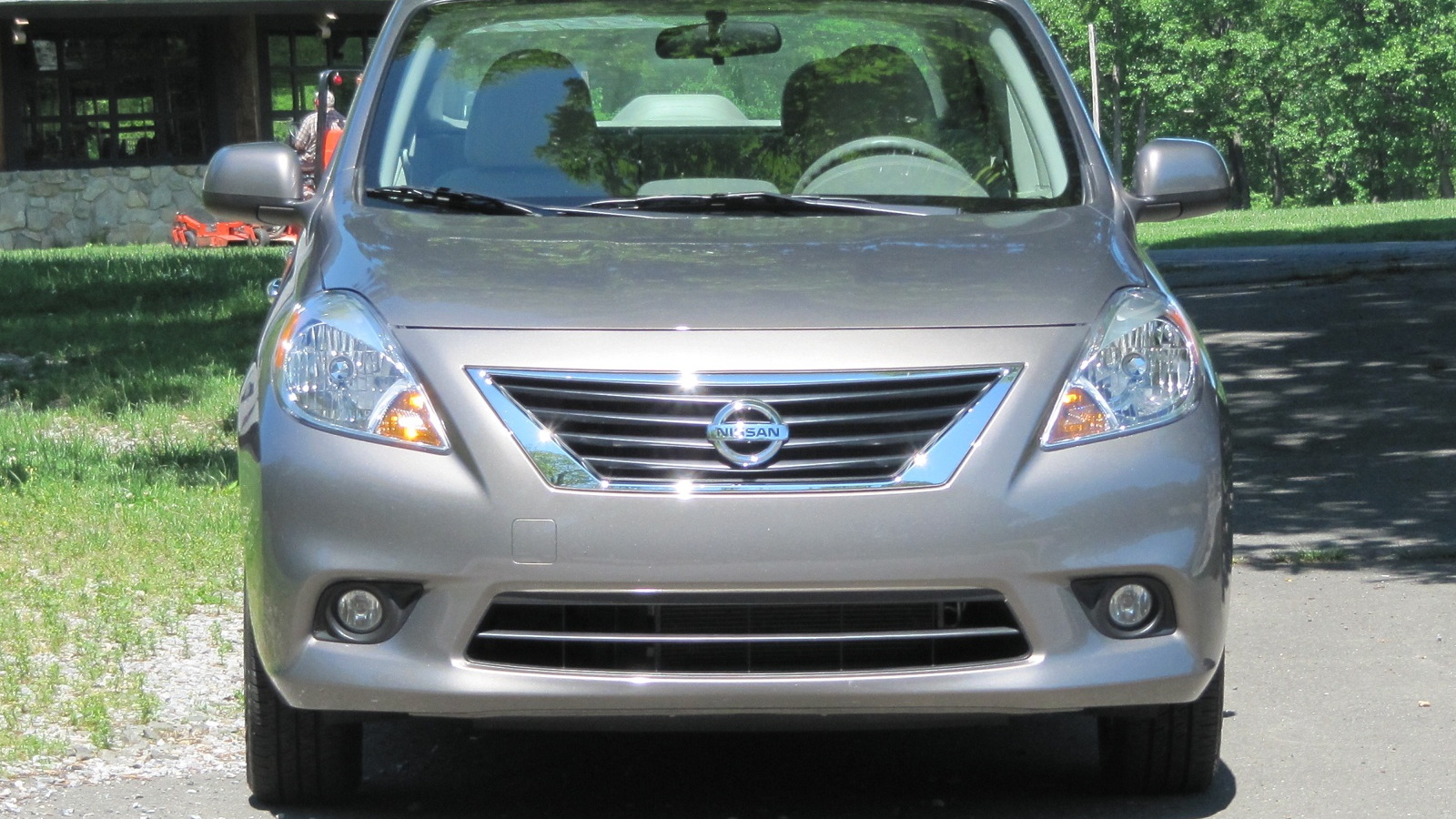 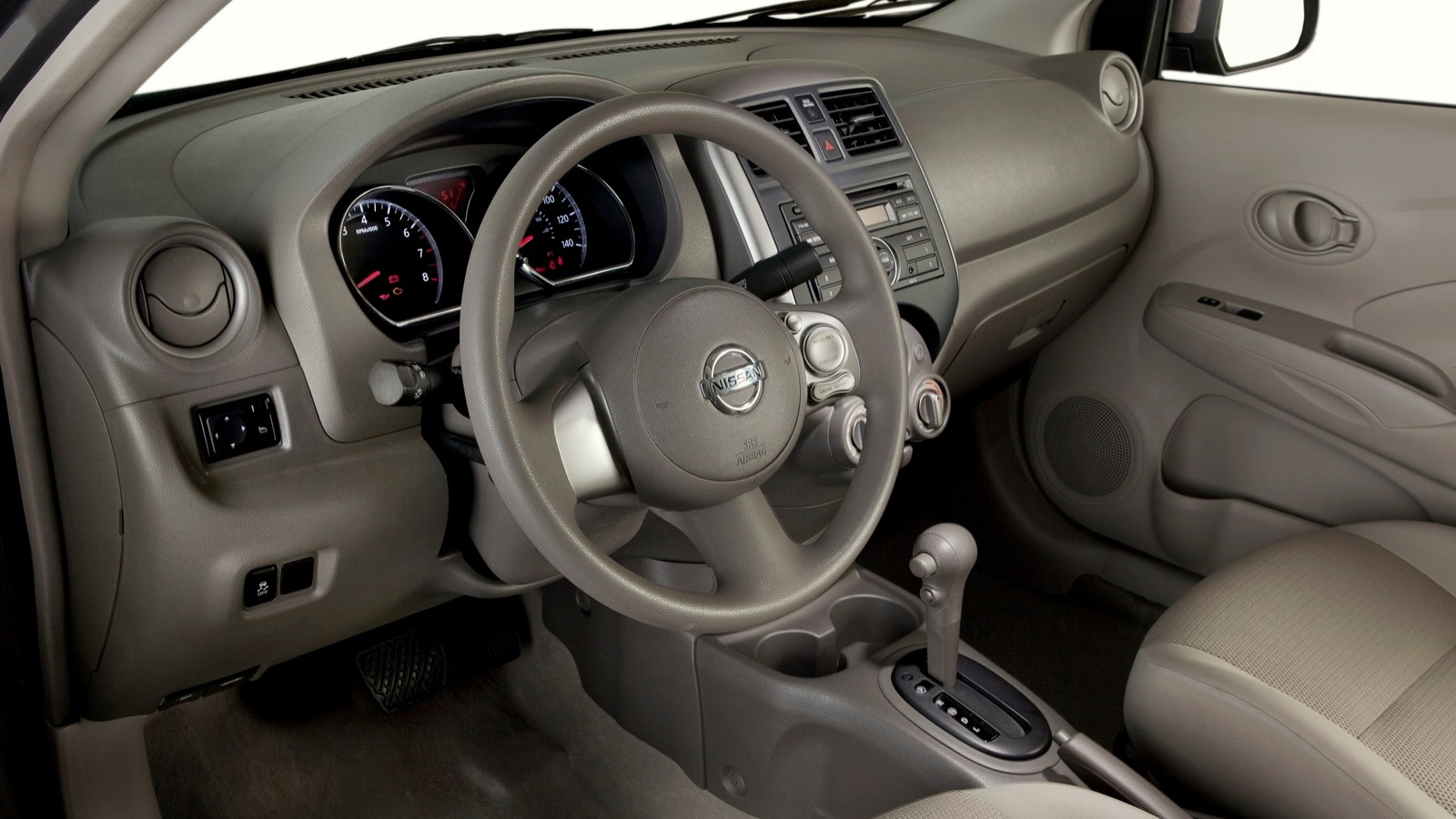 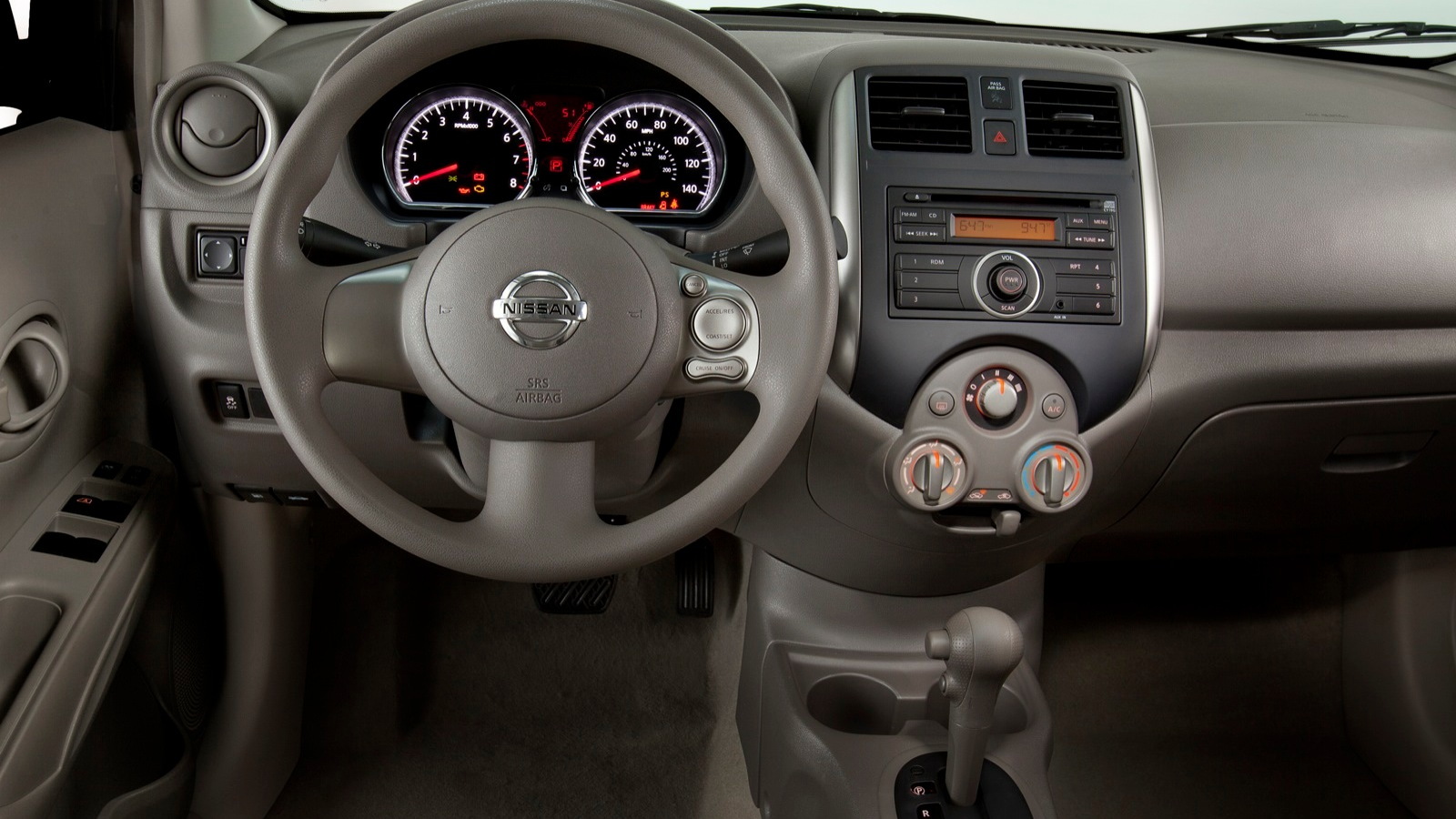 Last month, we got a chance to drive the all-new 2012 Nissan Versa sedan, perhaps the largest "subcompact" we've ever been inside.

We only had about 20 minutes with the car, but that was enough time to put together some quick impressions.

The new Versa four-door sedan is rated at 30 mpg city, 38 mpg highway, for a combined EPA average rating of 33 mpg--at the top of the non-hybrid small car segment.

We're not overly fond of the new, more rounded shape of the 2012 Versa, but that's a matter of taste. The curves extend inside to the dash, which has lots of soft shapes and rounded surfaces.

For some reason, the subcompact reminded us of Chinese cars we've seen pictured at the Beijing and Shanghai Motor Shows--and we're not sure that's a good thing.

Inside, however, the new Versa is astoundingly spacious.

There's an enormous amount of legroom in the rear seat even with the front seats pushed back, and our only thought was that the length of the cabin actually makes the car somehow feel narrower.

The trunk, similarly, could swallow what looks like a mountain of luggage: it holds 14.8 cubic feet of cargo.

So if you want oceans of room inside your "subcompact," the 2012 Versa should be on your list to check out.

Our test course started off with curving uphill roads, so we were treated right off the bat to the engine howling at maximum revs as it accelerated up the scenic roads of Bear Mountain, New York.

Once we got onto the level, the engine quieted down to the point that we fairly quickly forgot we weren't driving a car with a conventional automatic transmission--a good thing.

We couldn't get any mileage figures on such a short drive, but we'll bring those to you when we test the car more fully this fall.

Inside, we were surprised that the SL trim level--the highest of three--omitted some features we had expected:

The sticker on our car totaled $17,190, which included a $700 technology package with a navigation system using a 5-inch in-dash display, satellite radio, and a USB connection; carpeted mats for the floors and trunk ($170); and of course that annoying hidden-but-mandatory fee of $760 for delivery.