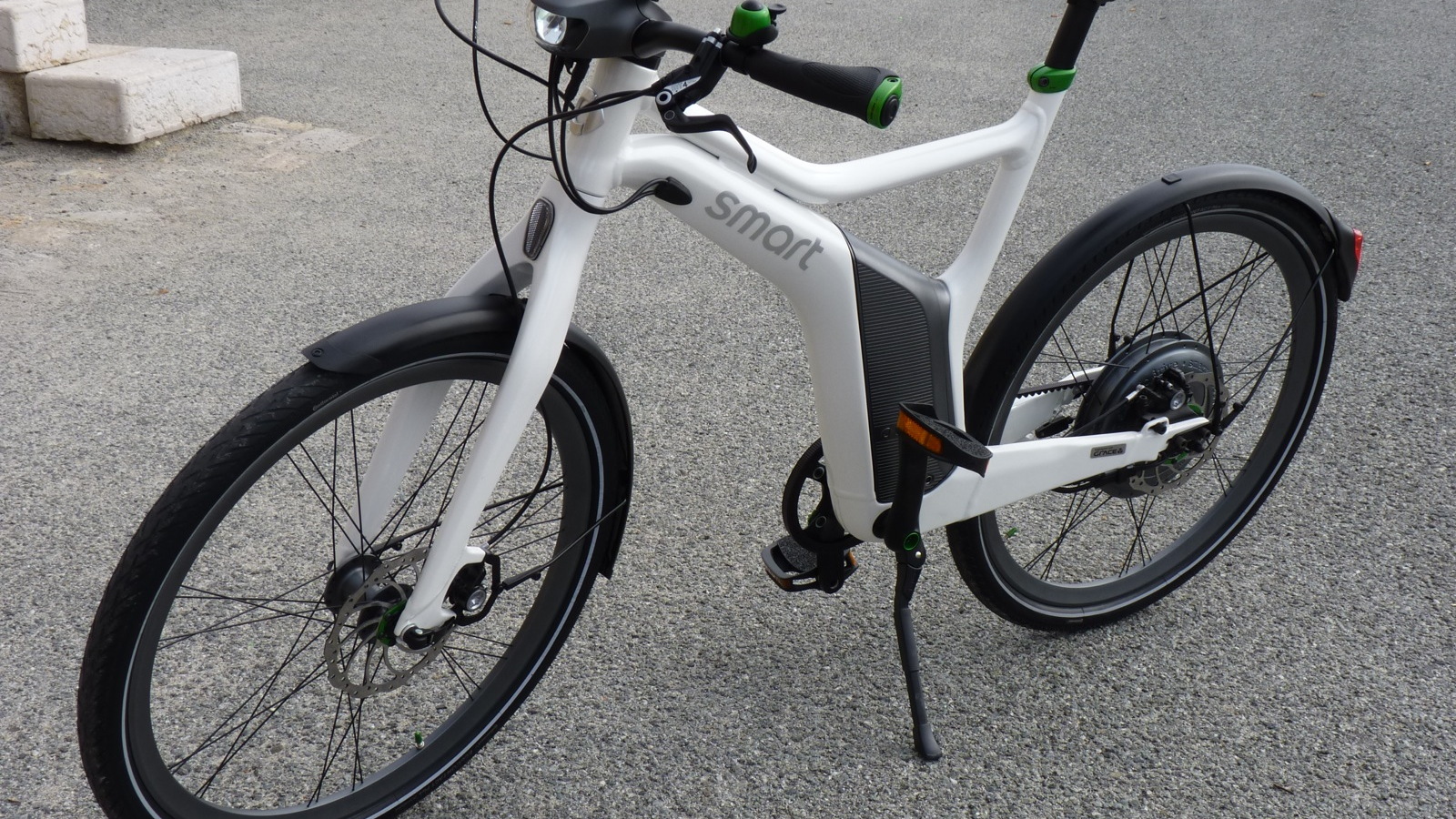 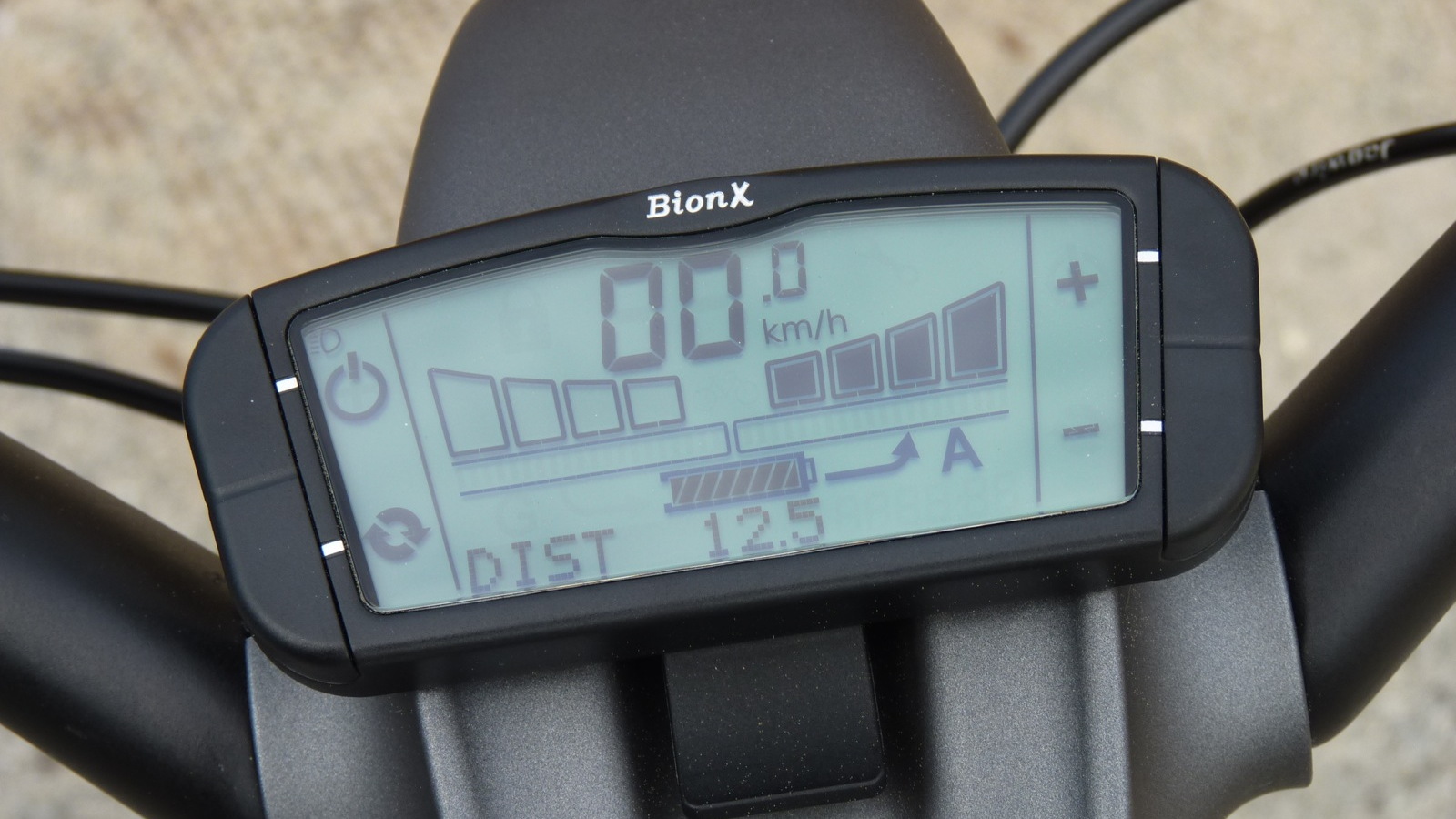 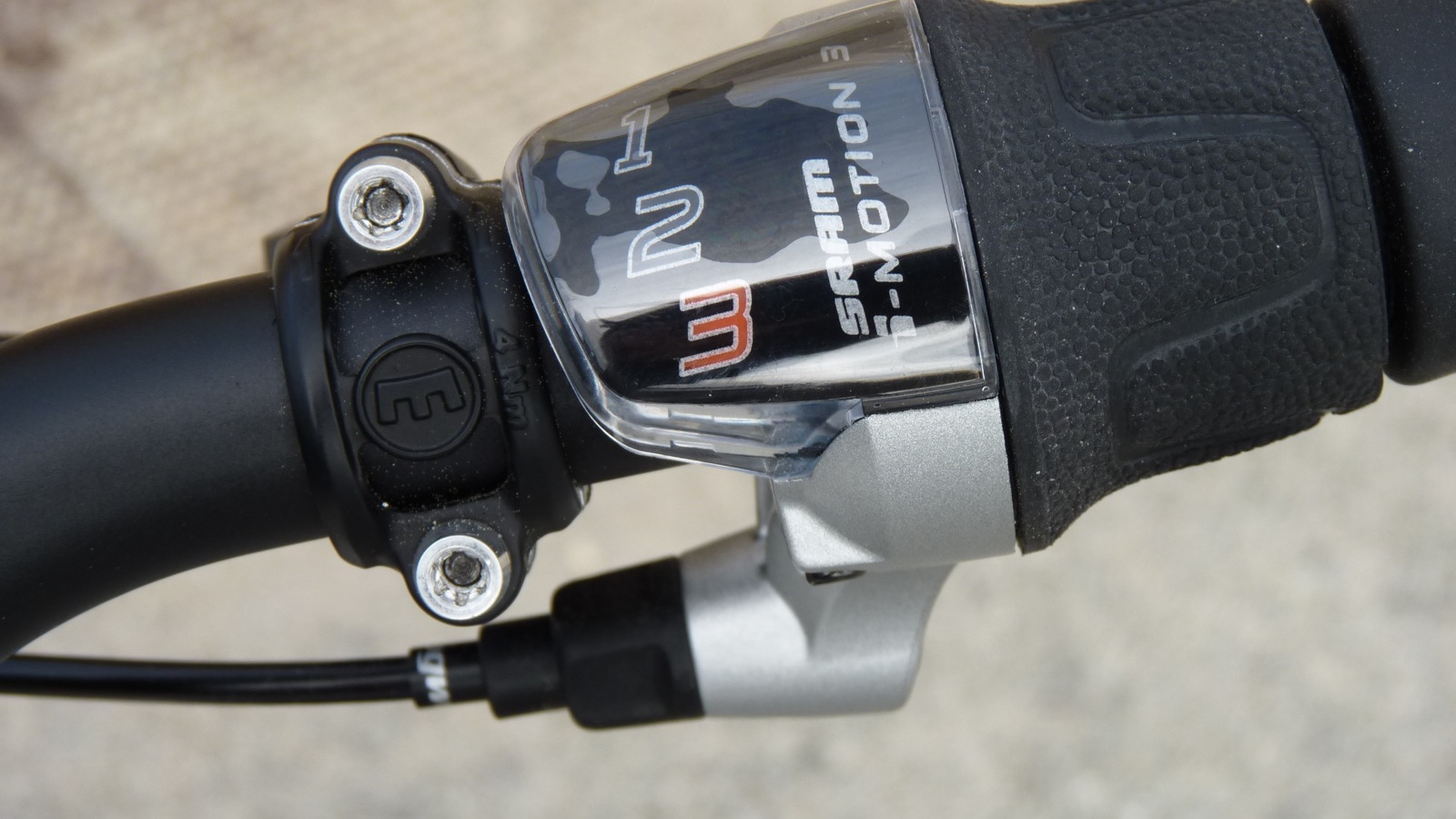 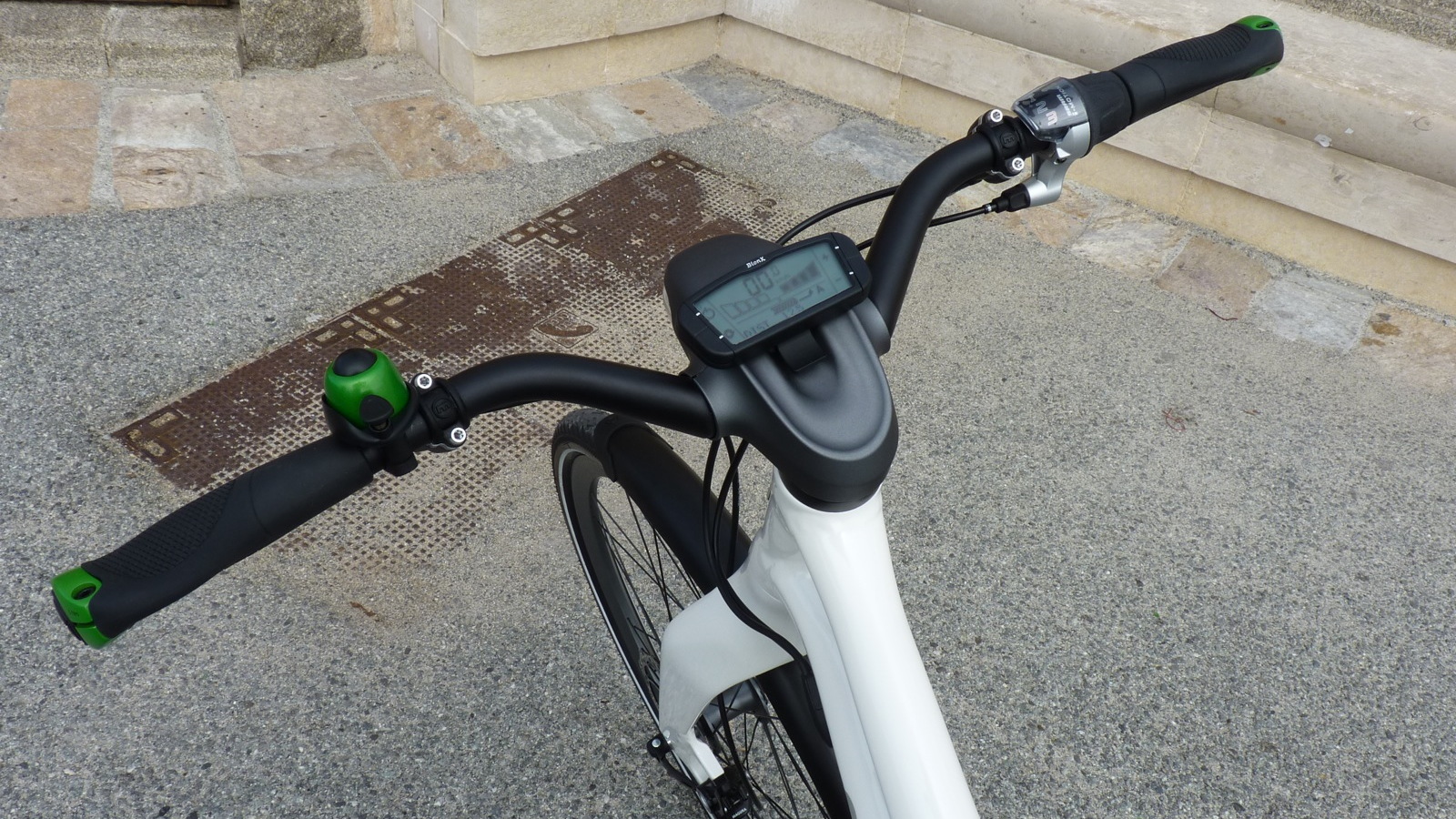 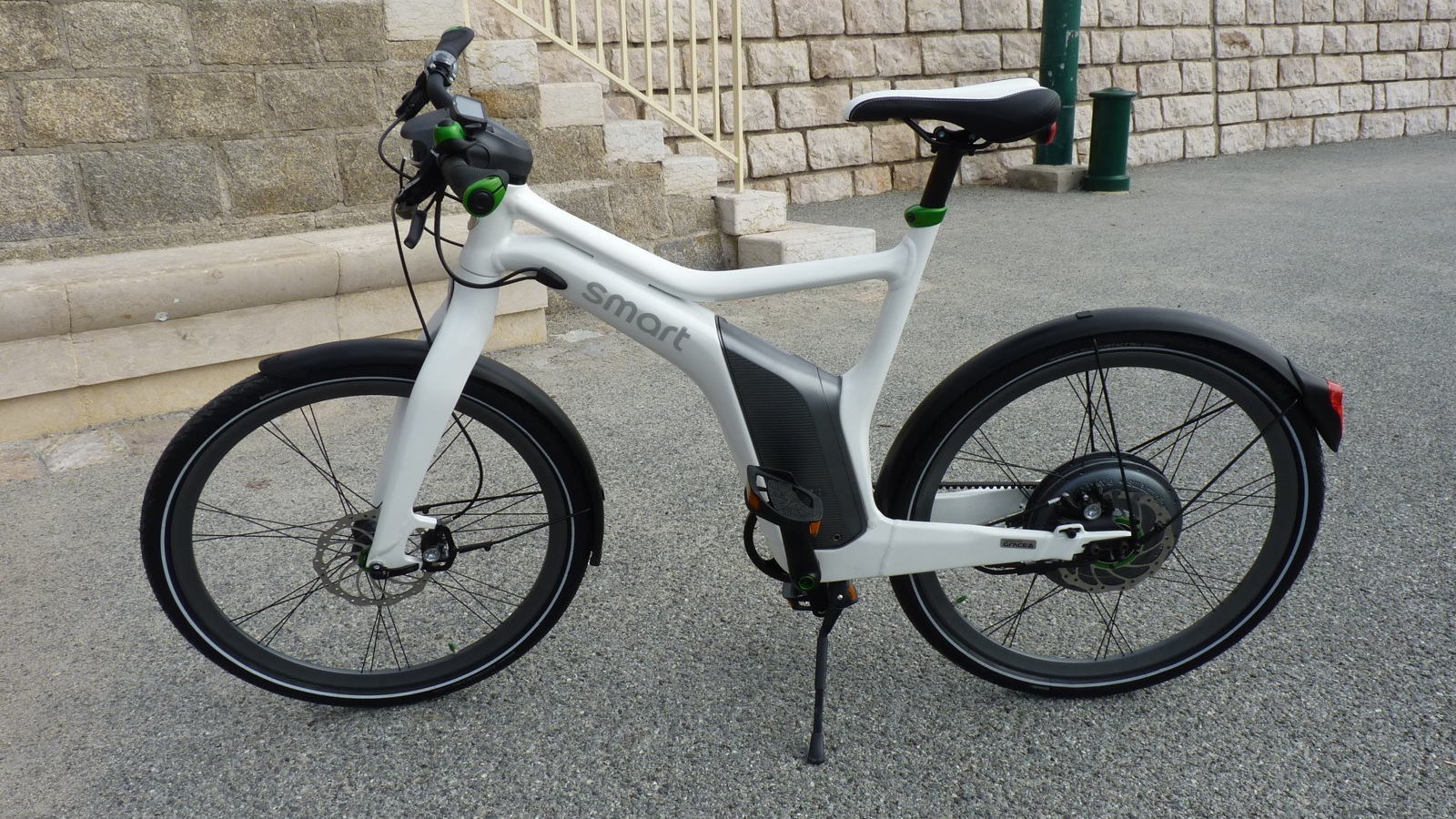 8
photos
Going electric makes a lot of sense for the smallest city-commute vehicles—like the Smart Fortwo Electric Drive, which is still on the way. But in the meantime, it looks like a different Smart electric vehicle will arrive first: the Smart eBike.

The Smart eBike is a bicycle, but an electrically boosted, hybridized bicycle at that. With a 200-watt electric motor system, fed by a 423-Whr lithium-ion battery, and four different power levels, it aims to get more people out of their cars and taking on hills or longer distances than they might in a standard bicycle.

Built on the basis of what's essentially a long, stable three-speed city-touring bicycle—I own a vintage three-speed Raleigh, among several other road/racing bikes, and the proportions actually felt closest to that—the eBike has the foundation to make even people who aren't used to a bicycle comfortable right off the bat. And instead of a conventional bike chain, the Smart ebike uses a no-oil carbon drive belt, so you won't get oil stains at the bottom of your pantlegs.

There's no throttle grip, as in a scooter or motorcycle. As long as you're exerting the slightest bit of forward pedaling motion, the motor system engages, assisting with just a bit of boost, or essentially in its highest-boost mode, propelling you along at a much faster speed than you might otherwise have ridden.

Along with those basics, there's an LCD control center of sorts in the middle of the handlebars that shows you speed and charge remaining, and lets you adjust the boost level. On a small harbor street in France, we were able to pedal along quite easily as you pass 25 km/h (15 mph), in the highest boost level. The disc brakes were also very strong. And lock and key are included.

The trouble that we experienced is that when you go 'faster' than a particular boost setting, the powertrain actually seems to add resistance to your ride—more than if you could just be pedaling a normal bike—so if you're an experienced/fast bicyclist then this isn't a great solution. The drive system can recover some energy as you pedal, but we're not clear (neither were company reps) on how you can adjust/monitor/control that separately from the assist levels.

There's also a USB interface for a tablet-based navigation system, smartphone integration, and accessories like a saddlebag available. Smart says that the bike can go about 62 miles on a charge in its lowest-boost setting—but again, at that rate you'll be moving very slowly. Figure on about 15 miles at that highest-boost setting. And it fully charges on a household plug (we're assuming 110V is nearly as quick) overnight.

The price tag for the Smart eBike—which is being delivered now in Europe and might arrive in the U.S. as soon as late this summer, through Smart dealerships—is a little shocking: 2,849 euros, or about $3,700. But because it has pedals, Smart says, you don't need a driving license or insurance.

That's still a pretty steep price for supplemental pedal power—especially considering that for the same budget, you could get a used NEV like a GEM or Zap, or a fleet of Huffys.

Better invest in one heck of a bike lock.