Over the past few years, there’s been a lot of speculation surrounding the actual cost to automakers of the lithium-ion battery packs used in most modern electric cars.

Unfortunately, the automotive industry hasn’t been keen to disclose any figures, but on occasion we’ve managed to use rudimentary math to make reasonably well-informed estimates based on the snippets of information we have been able to obtain.

Now we can find out just how close we were, courtesy of Ford CEO Alan Mulally.

As The Wall Street Journal points out, that translates to a raw price per kilowatt-hour of between $522 and $650, meaning battery prices are already much cheaper than some industry insiders had predicted.

Mulally’s candor could be interpreted as an attempt to excuse the sticker price of the $39,200 Ford Focus Electric, or an attempt to explain its small ad budget and poor sales figures for the car.

Shortly after the panel, however, a Ford spokesperson stepped in to impose some damage control. According to Ford PR, Mulally’s comments were only “designed to provide an indication of the car’s battery costs,” nothing more.

Regardless of this, Mulally’s comments indicate that electric car battery pack prices have already begun to drop dramatically. 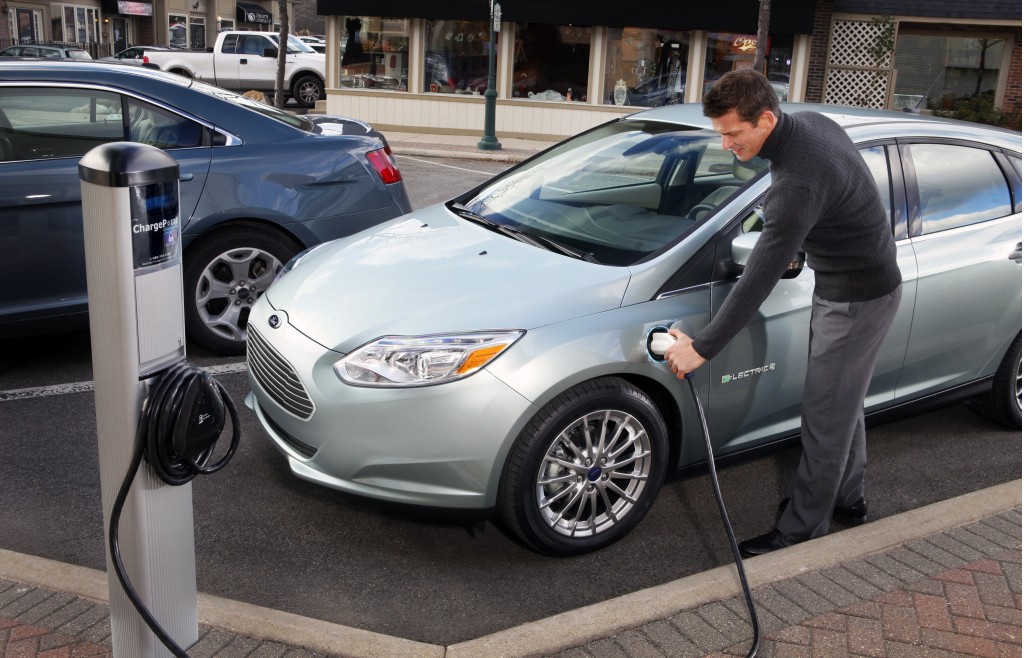 If an automaker like Ford, with a very limited electric car production run and no on-site battery manufacturing equipment, is paying $522-$620 per kilowatt-hour, what about other automakers?

Automakers like General Motors and Nissan for example, both of whom have made huge investments in battery pack production facilities and are producing plug-in cars on a scale that is orders of magnitude larger than Ford.

Could it be that for them, battery price has already dropped below the $500 per kilowatt-hour mark?

We think it’s highly likely, proving yet again that electric car battery prices are getting cheaper by the day.

It also begs the simple question: if battery prices are falling, when will electric car sticker prices do the same?