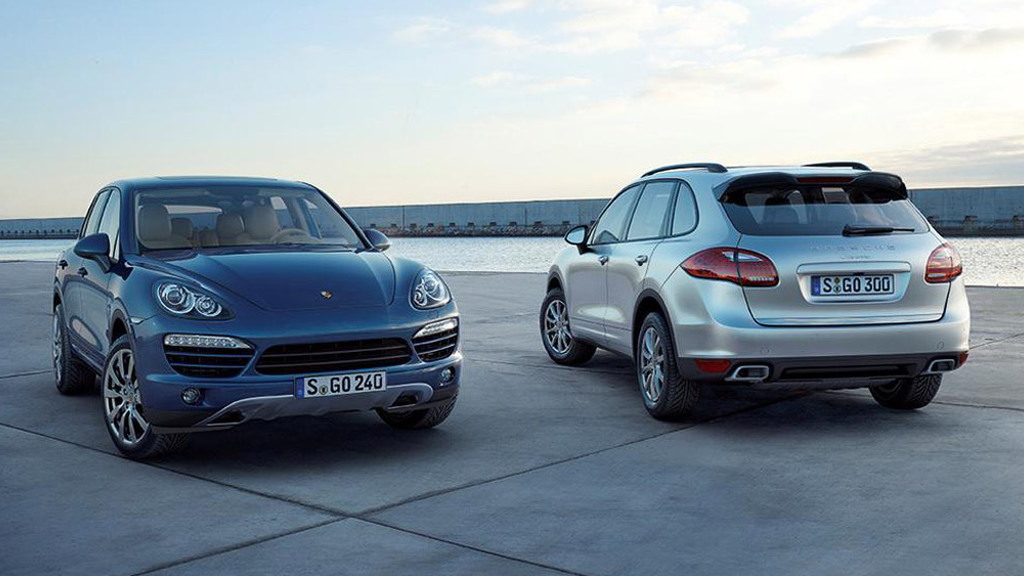 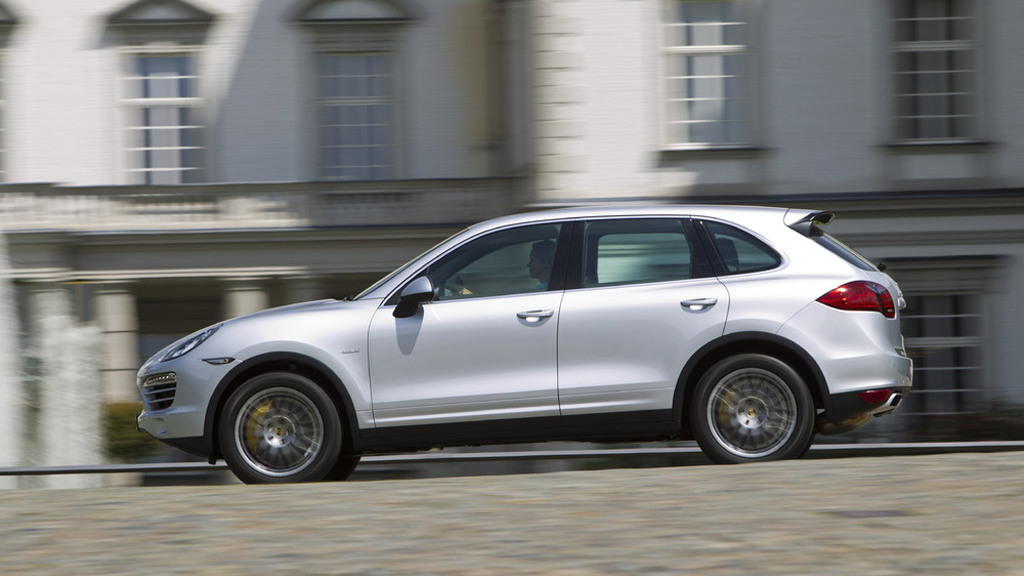 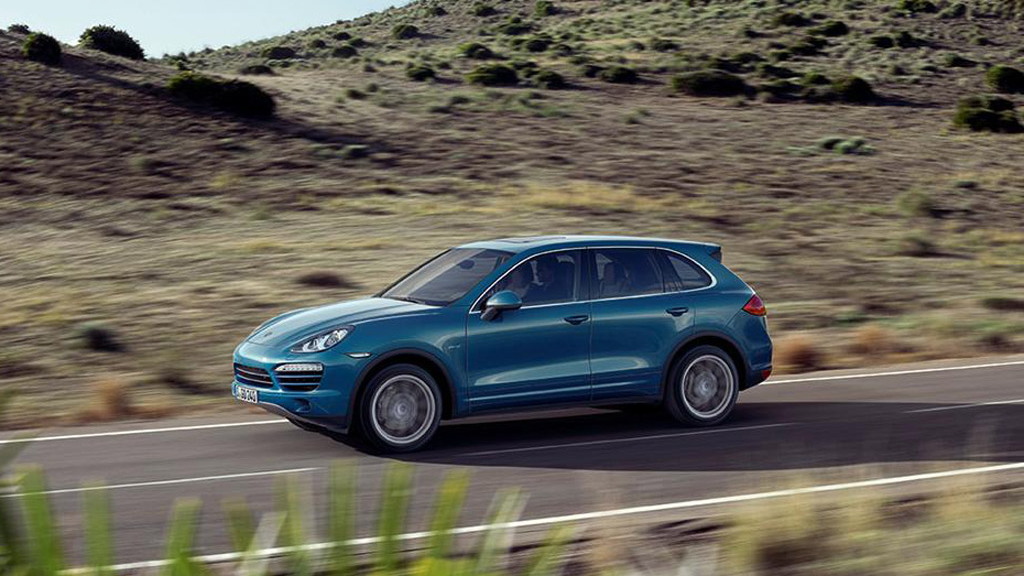 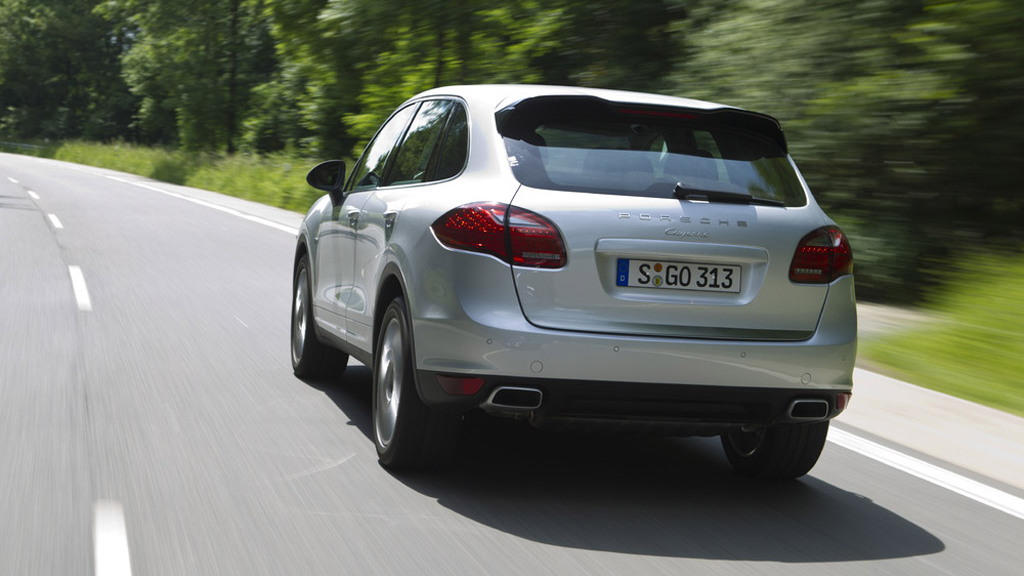 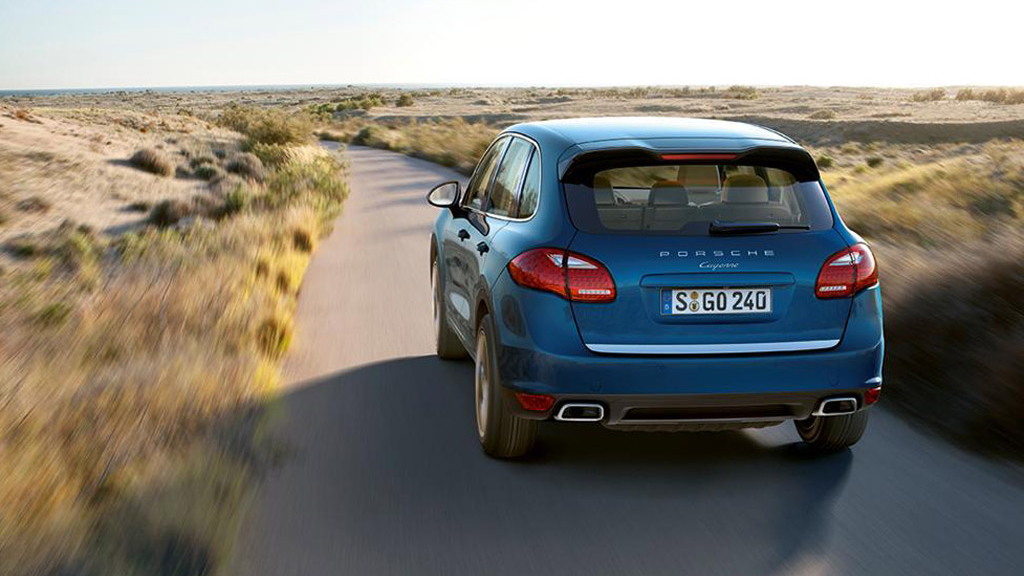 8
photos
European buyers have had several years to get used to the idea of a diesel Porsche, but the concept will come as a bit of a shock to U.S. Porsche enthusiasts.

Nevertheless, Porsche has announced its first diesel in the U.S. market will be the 2013 Porsche Cayenne Diesel. It joins the 2012 Porsche Cayenne S Hybrid to give buyers a greener option in the luxury SUV market.

With a variant on the VW Group's 3.0-liter V6 turbodiesel, the diesel Cayenne produces 240 horsepower. While that's less than you'd get in a Boxster and significantly wide of the 380-horsepower Cayenne S Hybrid, 406 pounds-feet of torque from as low as 1,750 rpm will ensure relaxed and punchy low-revs progress.

That power is sent through an 8-speed automatic transmission and permanent four-wheel drive. Unlike some other Cayenne models, auto start-stop is not available. Performance is strong, with 0-60 mph in 7.2 seconds and a top speed of 135 mph.

Low-revs performance should also help the Cayenne Diesel achieve an estimated 20 mpg city, 28 mpg highway and 23 combined on its EPA label. To put that into some perspective, that's the same city mileage as the Hybrid, but a 4 mpg improvement on the highway figure, and an improvement of 2 mpg combined. Range should be around 740 miles on a tank of diesel.

Externally, there's little to differentiate the Cayenne Diesel from any other Cayenne, save for the "Diesel" script on each front fender.

For more news from the 2012 New York Auto Show, head over to our dedicated show page.