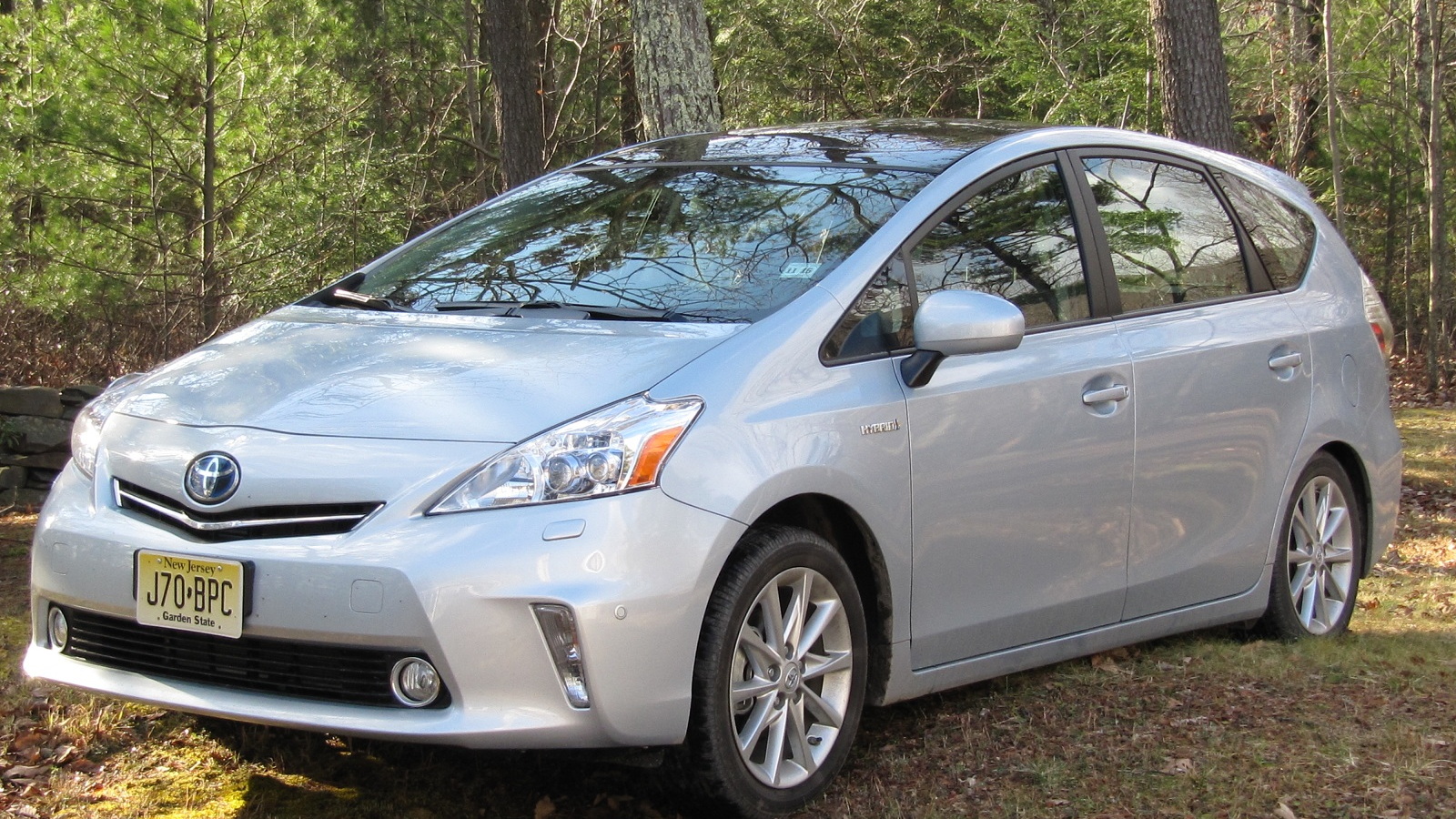 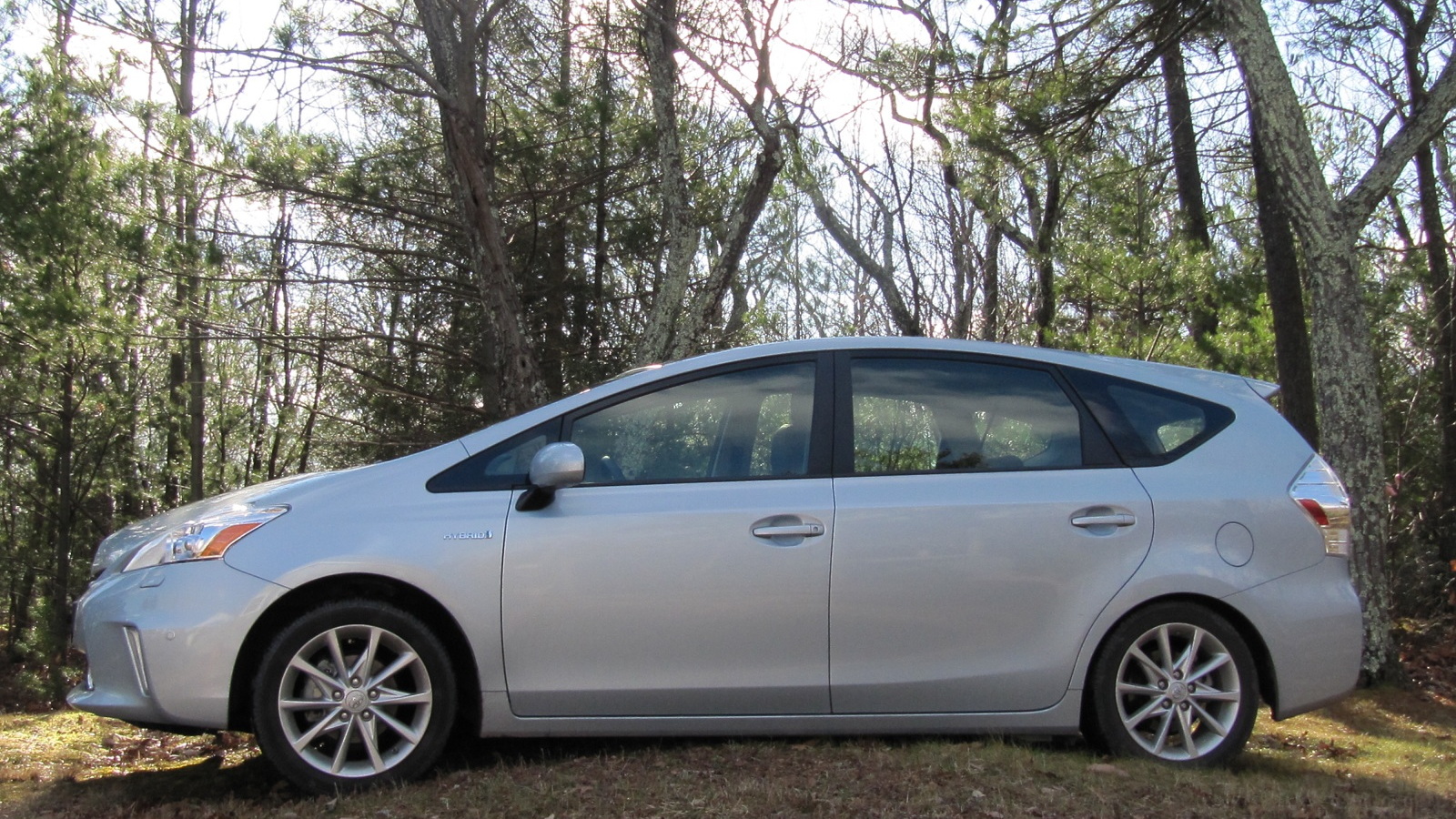 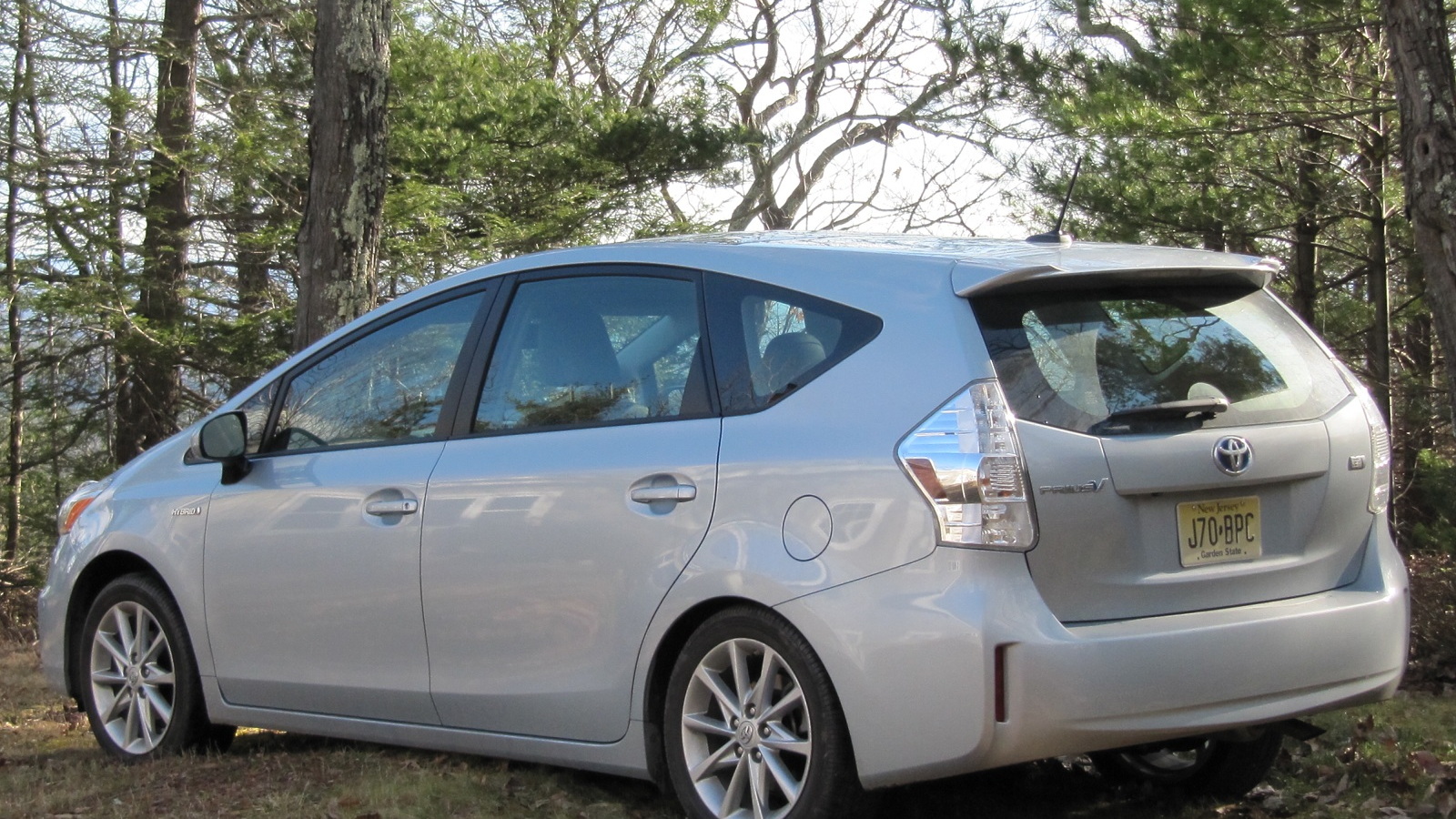 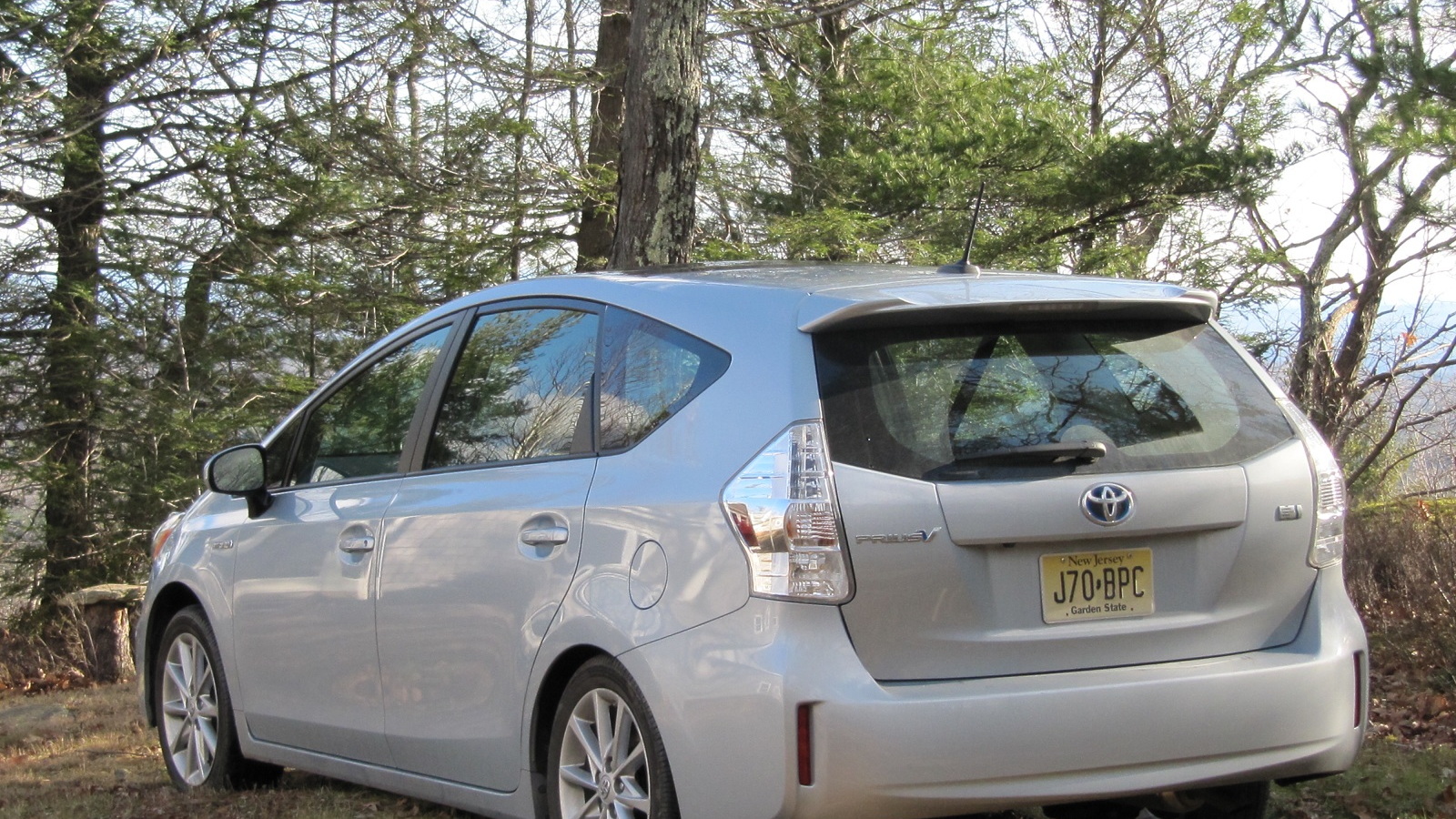 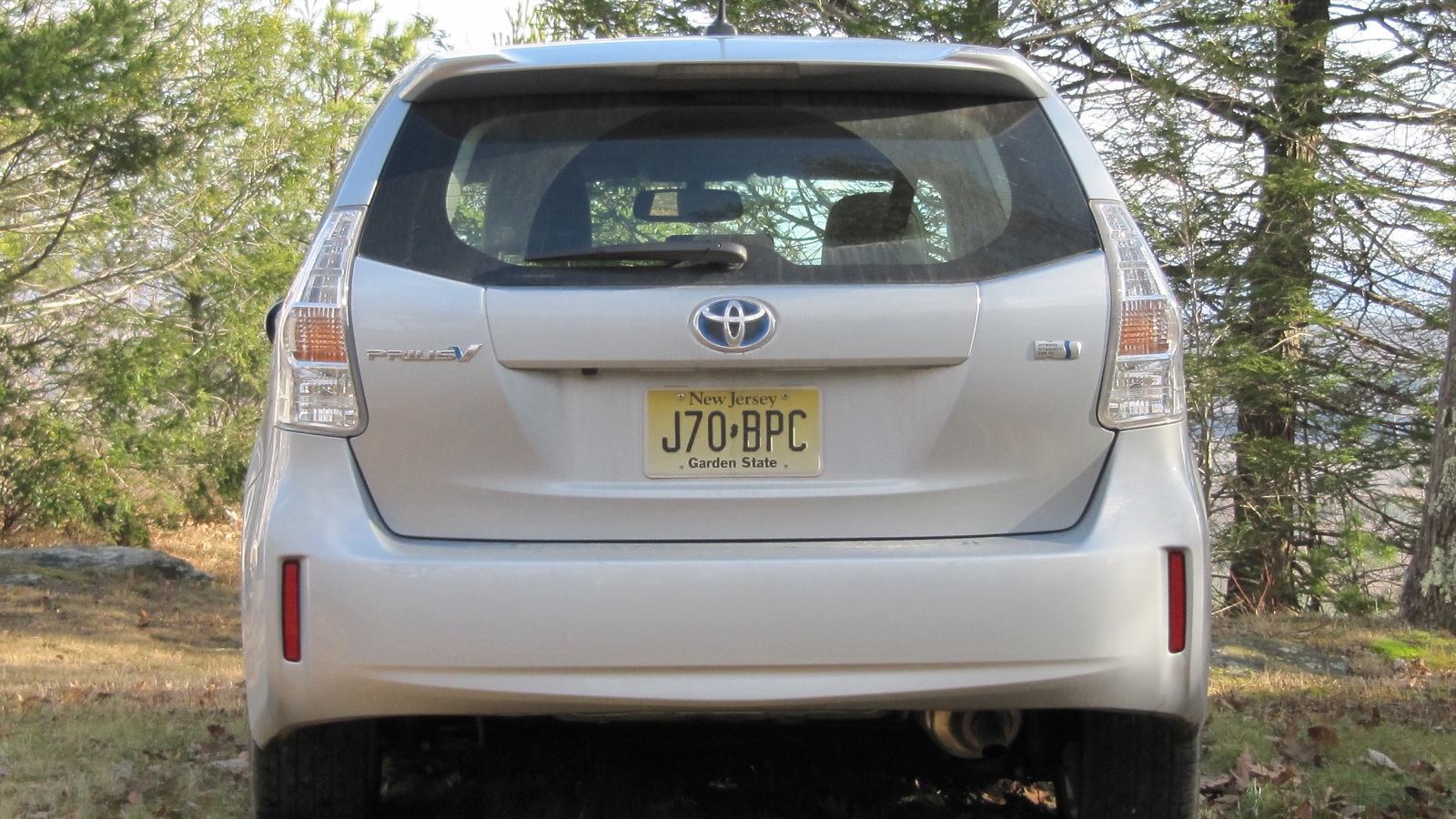 When you drive a wagon, you usually need the space.

And so it was with the 2012 Toyota Prius V, in which we hauled holiday gifts, heavy sagging boxes of old car magazines, furniture, and other life impedimentia over a 10-day, 650-mile test drive that spanned late December and early January.

It's a good hauler, with a more spacious rear seat and much larger load bay than the standard Prius five-door hatchback.

And, to get the inevitable question out of the way, we averaged precisely 40.0 miles per gallon over the test period.

That's slightly lower than the EPA test figures, which are 44 mpg city, 40 mpg highway, for a combined rating of 42 mpg.

While that may appear notably lower than the 50-mpg combined rating for the hatchback Prius, assuming $4-per-gallon gasoline, the difference between the two cars would be only $15.25 every 1,000 miles. Moral of the story: It won't be a huge penalty to upsize to the Prius V wagon.

Also, our route included quite a lot of hills and valleys throughout the rural parts of New York state, and more high-speed travel than around-town errand-running.

So we expected our mileage to be closer to the highway number than the combined figure--and it was.

We also loaded up the car with enough stuff over part of our run that it was noticeably slower in acceleration.

And that points out what's probably our major drawback with the Prius V hybrid wagon: Because it has the same powertrain as the hatchback, but is bigger and 300 pounds heavier, it feels slower and even less fun to drive.

The Prius V uses the same 98-horsepower, 1.8-liter four-cylinder engine and Toyota Hybrid Synergy drive system as the hatchback, along with a very slightly reshaped nickel-metal-hydride battery pack mounted under the front of the load-deck floor.

That plus a pair of electric motor-generators creates an electronic continuously variable transmission that independently controls engine speed, engine and motor power delivery to the wheels, and regeneration to recharge the nickel-metal-hydride battery pack under the rear load deck.

That means the 2012 Prius V gets around town fine, but offers little extra margin of acceleration when, say, it's heading up 2 or 3 miles of steep, rural two-lane road with two adults and hundreds of pounds of cargo in the rear.

The Prius wagon maintained its speed, but even with accelerator pedal flat on the floor, there just wasn't anything more there. Not a single additional mile per hour.

So with a growing line of pickup trucks and other vehicles behind us, we wound up the hill at a steady 58 mph until the road leveled out and we could return to the speed-limit-plus-10-mph customs of the area.

As long as we're grumbling, let's get some other complaints out of the way:

On the other hand, the 2012 Prius V had a number of surprisingly good features and attributes:

While it "looks like a Prius" and certainly drives like one, the Prius V wagon actually doesn't share a single body panel with the existing Prius hatchback. It's taller, wider, and has a longer wheelbase for better rear-seat room.

In the end, the 2012 Toyota Prius V is likely to appeal to the growing number of Prius hatchback owners who like their cars, love their gas mileage, but need to move up to a larger and more capacious vehicle.

It's just one of several new models in the Prius line, including the 2012 Toyota Prius C compact hatchback and the Prius Plug-In Hybrid.

But given the frequency with which we're asked, "Why aren't there any  hybrid minivans or wagons?" we think Toyota will likely sell every Prius V it can make.

That reflected a base price of $29,990 plus a whopping $5,580 for the Advanced Technology Package and a more reasonable $225 for a package of carpeted floor and trunk mats.

The Advanced Technology Package includes a panoramic moonroof, which we liked a lot, and an eight-speaker JBL AM-FM-XM-CD stereo system with HD Radio, a USB port, and advanced voice control via Bluetooth.

On the safety front, it packages a suite of electronic aids, including radar-based adaptive cruise control, an Advanced Parking Guidance system, a pre-collision system, and a backup camera that displays on the dash screen.

But it seems likely that you won't be able to drive a Prius V wagon off the floor for much less than $32,000--perhaps $31,000 and change if you're lucky and find a low-spec model.

So we wonder: What cars exactly is the Prius V competing with, and how does its price stack up against those vehicles?