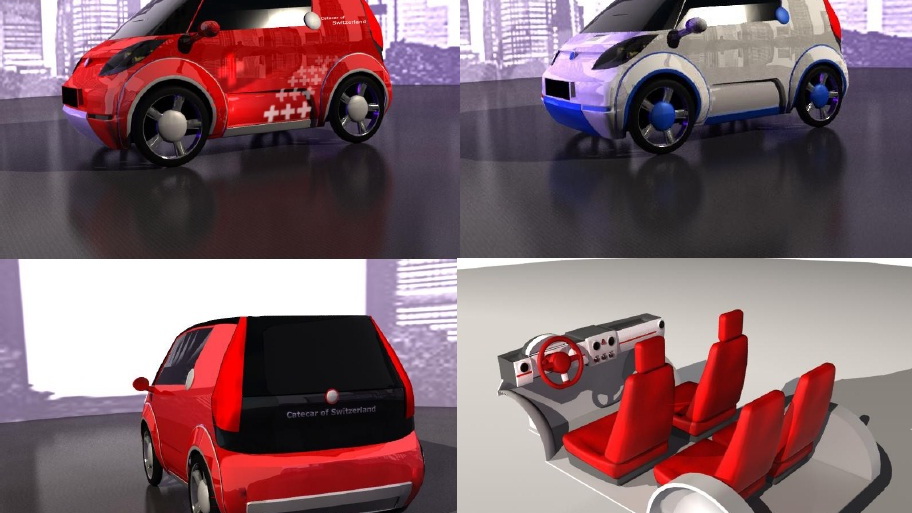 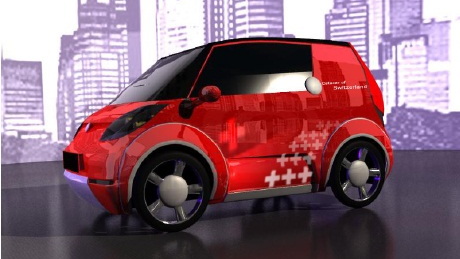 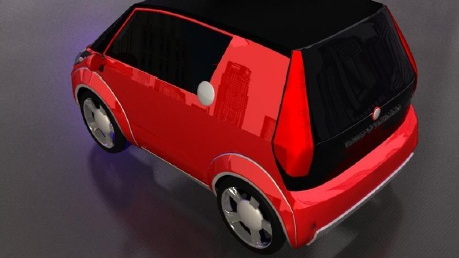 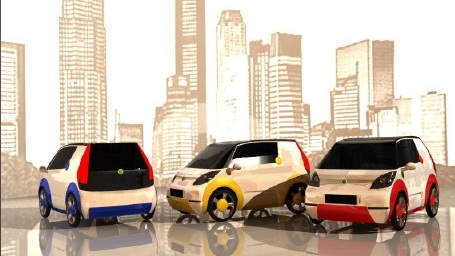 You may recall that a few years ago, there was a flurry of interest in compressed-air cars.

In the end, it didn't pan out. Compressed air just isn't a dense enough form of energy storage to make it practical for vehicle use--even in very lightweight cars--and no such passenger car is sold anywhere in the world.

Now the Swiss startup carmaker Catecar has given up on compressed air altogether.

Instead, it redesigned its prototype minicar to use electric drive, with a small battery pack and a tiny range extender to give it a total range of up to 300 miles.

Earlier today, Catecar announced at a press event in Switzerland that it was delivering an early version of its newly electric car--Prototype No. 1--to the authority that operates Geneva International Airport, which will test it on the tarmac.

A second, more complete prototype of the "Swiss Green High Tech Urban Vehicle" is to be delivered in April; based on test results, Catecar hopes to build up to 200 vehicles to be tested in airport use, which doesn't require the vehicles to be certified for use on public roads.

Assuming that goes well, the company will continue development, with the goal of certifying the vehicle for public sale in Switzerland by the end of this year. It hopes to begin volume production next year, with sales in other markets thereafter.

The test vehicle is just a shade less than 10 feet long, and less than 5 feet wide and high.

Its body is to be made of inexpensive and lightweight flax fibers, specially treated to strengthen them for shock resistance and crash safety. The company says the entire body will weigh less than 700 pounds.

Catecar didn't specify the capacity of the battery pack, but says it weighs just 77 pounds, which suggests a capacity of 4 to 10 kilowatt-hours depending on how it's structured, how integrated the electronics are, and whether it uses air or liquid thermal conditioning.

It also gave no details on either the electric drive motor's output power or the layout of the tiny range-extending engine, although it says that the engine will return 235 miles per gallon (100 km per liter of fuel).

We note that Catecar's background materials also tout the photovoltaic solar cells on the car's roof as an energy source.

Since a similar solar moonroof on the 2012 Toyota Prius only generates enough power to run a pair of cabin ventilation fans, we're skeptical that this contributes much to the Catecar's motive power.

Catecar says its car's batteries will be recharged "using either the solar roof, or the range extender" or "if so needed, by plugging into the grid."

That the solar roof comes first and grid power is mentioned last seems unusual--since pretty much every other electric car is recharged using grid power.

But we'll wait for full details on the car to emerge before making any lasting judgments on Catecar's technology.

Development but no technology

Founded in August 2008, Catecar licensed compressed-air technology from a company called MDI, intending to build its AirPod cars in Switzerland. But MDI wasn't able to deliver the goods in January 2011 as promised.

That led the company to redirect its development goals, using additional funds from its original investors.

A sentence in its press release indicates that it may also be seeking individual and community investments: "By opening itself to small shareholders wishing to take part to a meaningful industrial yet green project, Catecar wishes to create tight bonds with local communities."