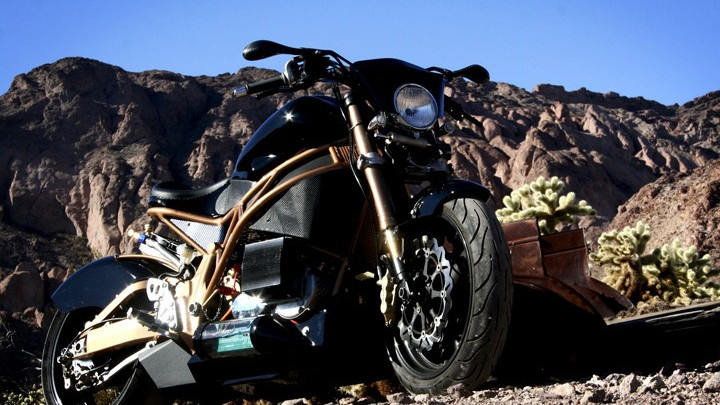 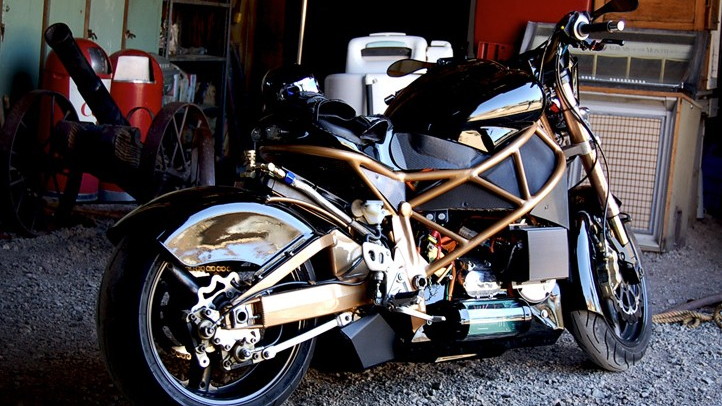 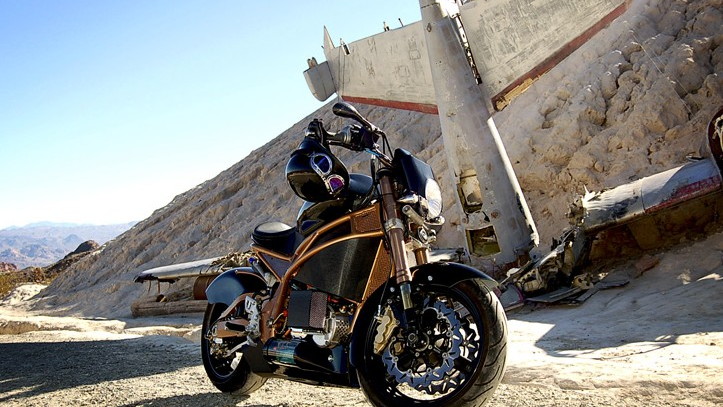 Think about the names given to electric cars and electric motorcycles on the market today.

Most, if not all, are a play on the concept of all-electric, zero tailpipe emissions travel.

So when we heard about a team of engineers in Henderson, Nevada who were developing a new electric motorcycle called Brutus 2, we had to investigate.

Squint at the all-electric Brutus 2 and you’d be forgiven for thinking it was a classic Harley Davidson bobber or perhaps an Orange County Chopper.

Either that, or a working prop from a film set in a post-appocolyptic future, Mel Gibson optional.

Designed from the ground up to be the living embodiment of a sports cruiser, Brutus 2 is the first electric motorcycle we’ve seen that caters directly to fans of classic American motorcycles.

Brutus 2 is also the first real stealth electric motorcycle we’ve seen. Unless you look at it closely, it doesn't immediately appear electric.

In fact, park it up beside similar gas motorcycles, and we think you’d have a tough time telling it apart from the rest.

It Isn’t Just Tough By Name

But as many classic motorcycle fans will tell you, good looks and a tough name will only get a motorcycle so far.

In order to be considered a real motorcycle, it has to perform like one.

Although it hasn’t had any official range, or performance tests, Bell claims the 535-pound motorcycle can spring from 0-60 mph in around 4.7 seconds, reach a top speed of over 100 mph, and travel over 100 miles per charge.

These impressive performance figures are apparently down to a five-speed clutchless transmission, a powerful DC motor, and a liquid-cooled Zilla controller more commonly found in electric drag race cars like BlackCurrent III

There aren’t any details published on battery pack capacity, although Bell claims Brutus 2 should recharge its 144-volt lithium-ion battery pack in 3 hours from an available 110-volt wall outlet. Using some basic math, we think that translates to a battery capacity of between 4 and 5 kilowatt-hours.

Here’s the catch: while Brutus 2 is certainly an real electric motorcycle built for real motorcyclists, it hasn’t entered production yet.

According to Bell, that should happen some time this year, provided current deals being discussed with various parts and manufacturing companies are signed.

But right now, the all-electric beast is nothing more than an impressive prototype motorcycle awaiting production.

And that’s a real shame, because we think this is exactly the kind of electric motorcycle that needs to be built in order to help convince mainstream motorcyclists that electric powered motorcycles can be mean and green at the same time.