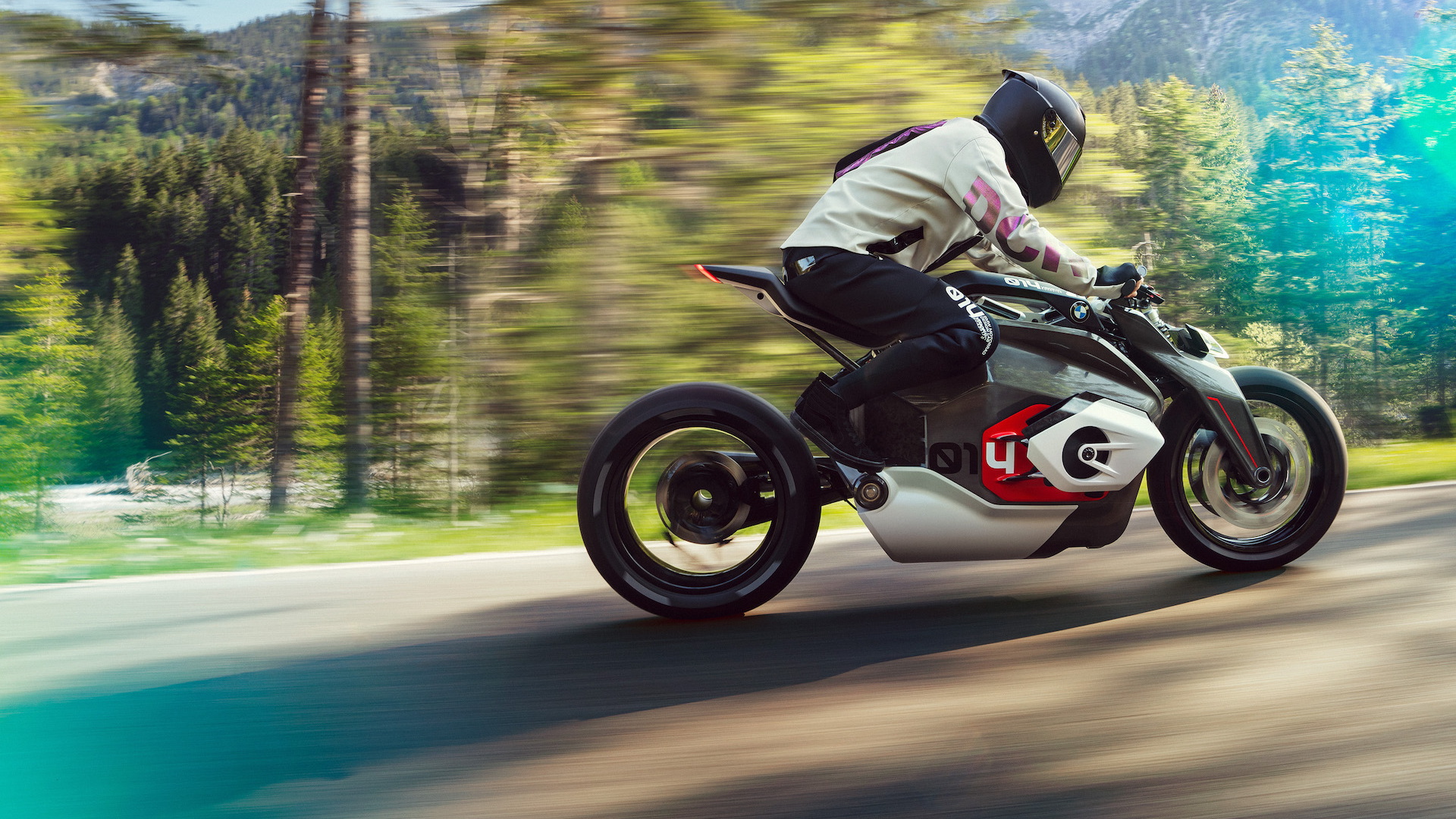 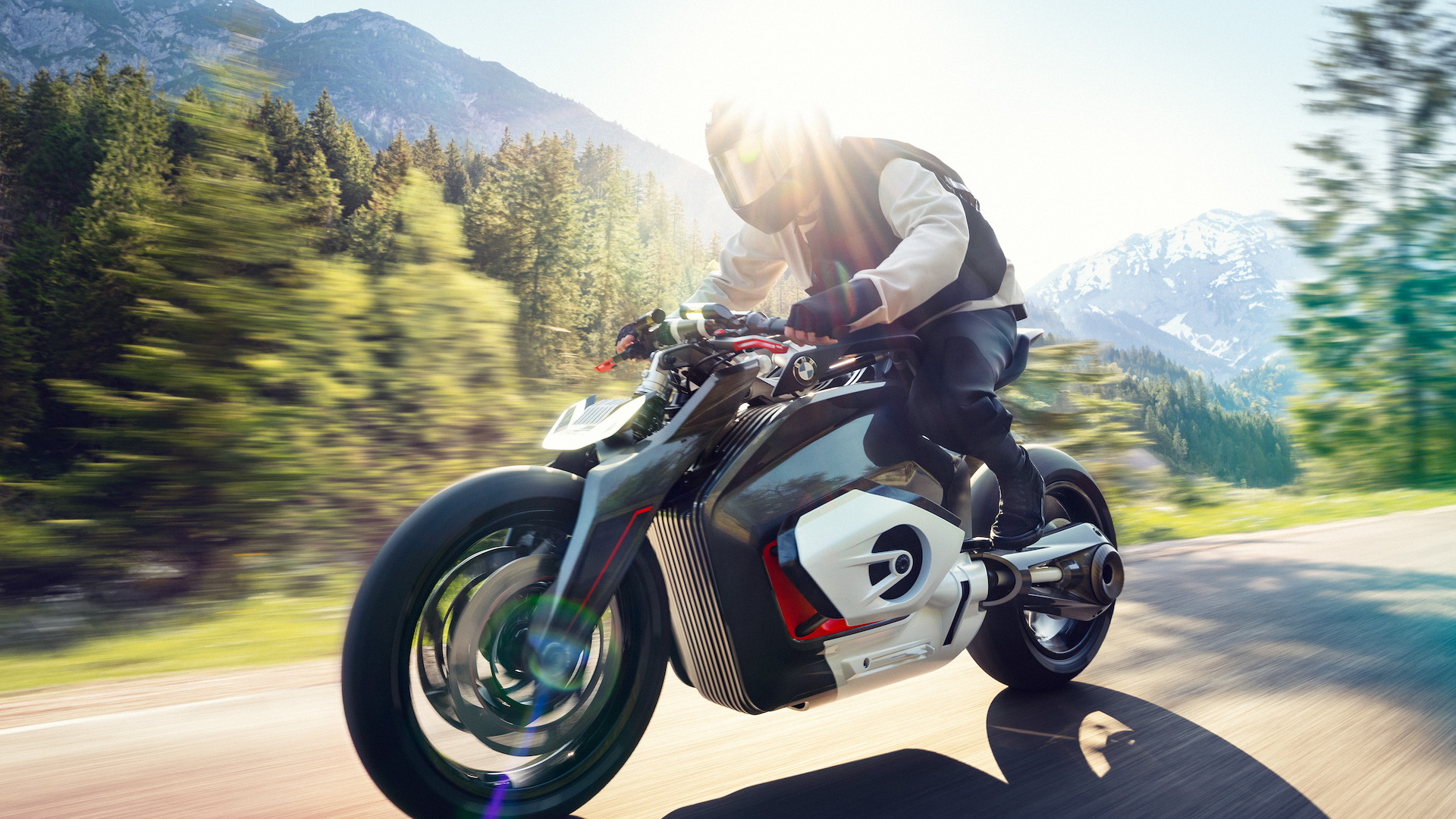 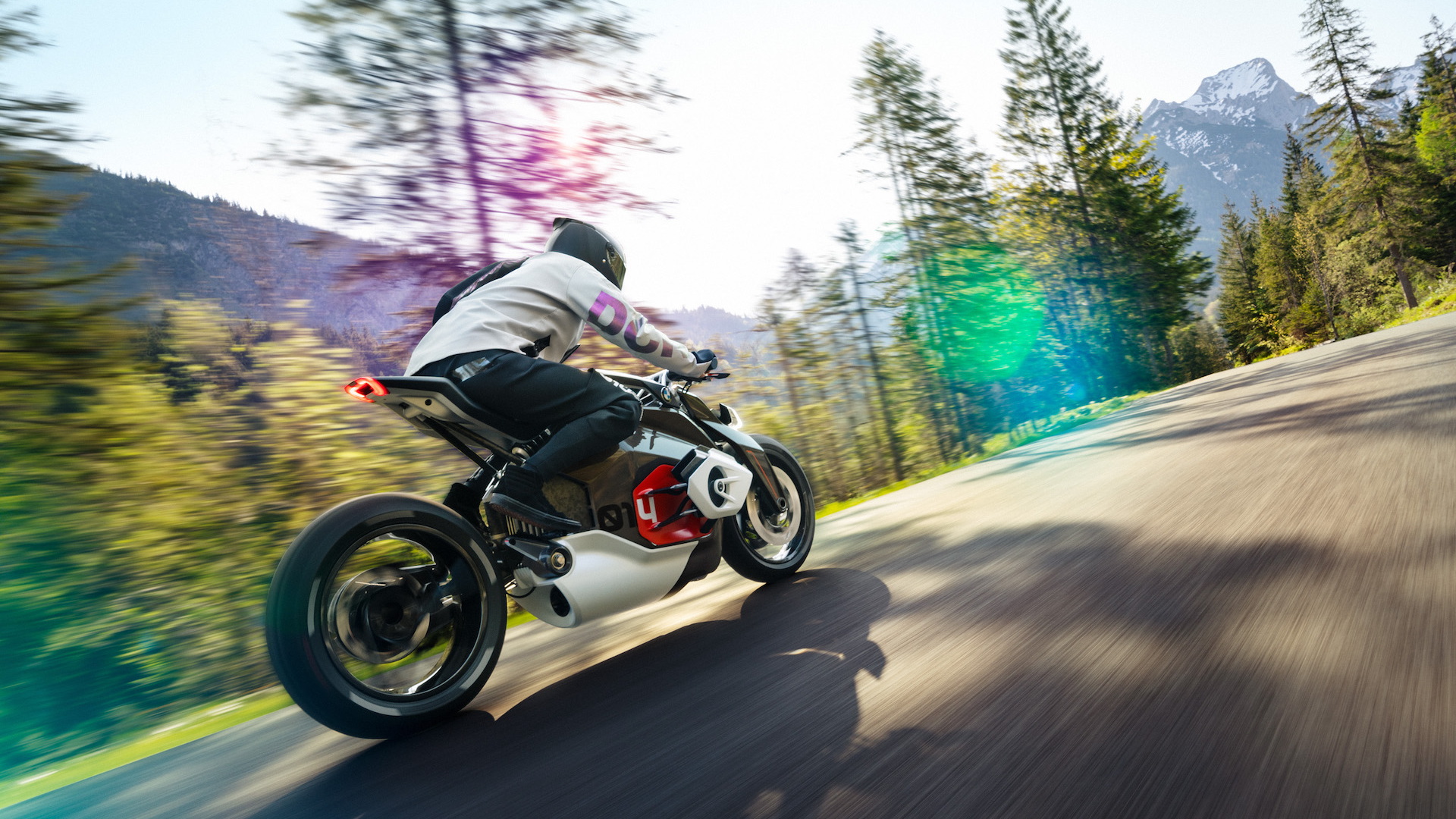 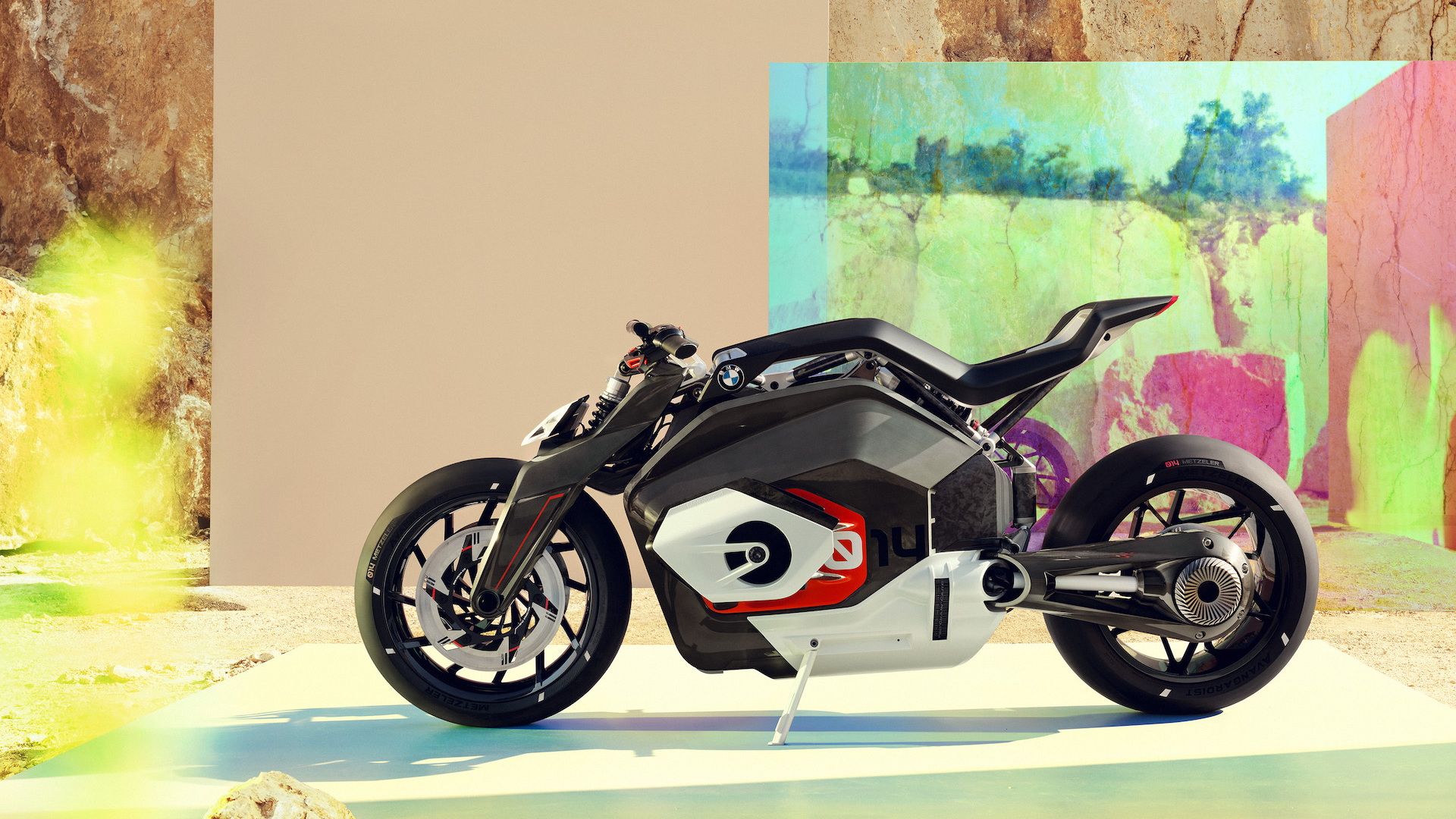 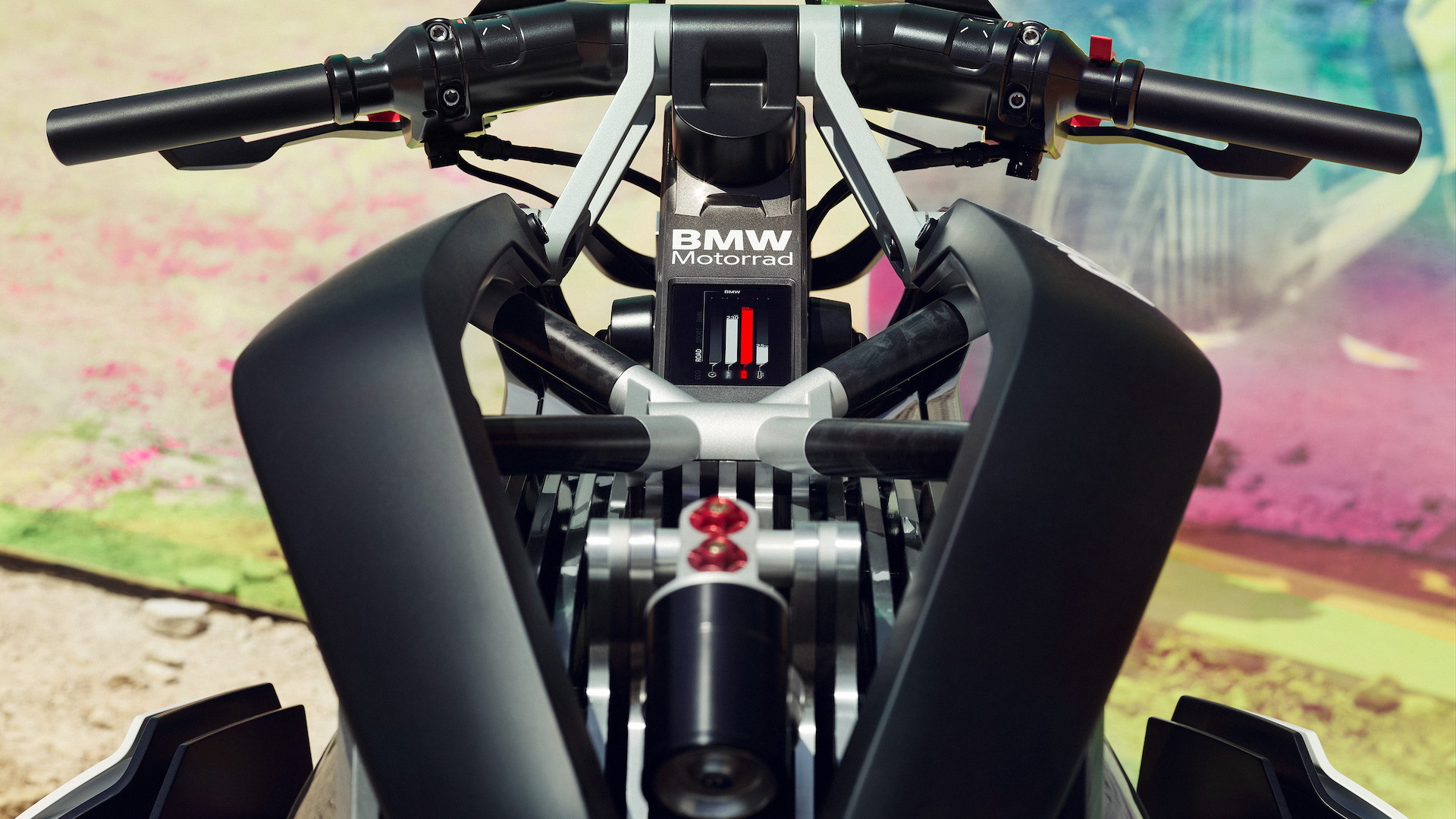 While quite a few startup companies have been building electric motorcycles for years, established motorcycle manufacturers have been slow to join the fray. The much-anticipated Harley Davidson Livewire, for instance, isn't yet out but is due in August.

It's designed to evoke images of BMW's more traditional motorcycles, with circular cooling fins sticking out the sides like the cylinder jugs on BMW's classic flat-twins. An upright battery is mounted longitudinally between the driver's knees, somewhat where a conventional bikes fuel tank might be, but deeper. BMW didn't specify the battery capacity or any range target.

Again harking to tradition, the Vision DC Roadster uses a longitudinally mounted motor, underneath the battery, connected to a shaft drive.

As a concept, the Vision DC Roadster has a cafe-racer stance, with laid-down front forks and a very high seat and tail. The vestigial signature LED headlight almost disappears ahead of the driver.

BMW came early to developing electrically-powered cars, introducing the advanced i3 and i8 in 2014, but it has been slower to begin work converting its two-wheeled lineup.

The electric motorcycle market grew a few years ago with Lightning, Alta Motors, and Zero, but with more big players like BMW and Harley Davidson, among many, it's a sign that it's taking off. Now with BMW considering broad outlines of an electric motorcycle, the scales may be tipping. We're looking at you, Honda!