With production of its ground-breaking electric Roadster now complete--despite a recent offering of some 2012 models--Tesla Motors is fully focused on bringing its Model S electric sport sedan to market and delivering the first cars to paying customers.

At this year's Detroit Auto Show, the company showed a prototype 2012 Model S sedan, along with a complete rolling chassis for the car.

That display may have quieted some of the critics who didn't believe the startup company was capable of designing and engineering an entire car on its own.

The body shell was pored over last year by engineers from all over the globe, including Akio Toyoda, the CEO of Toyota Motor Co. 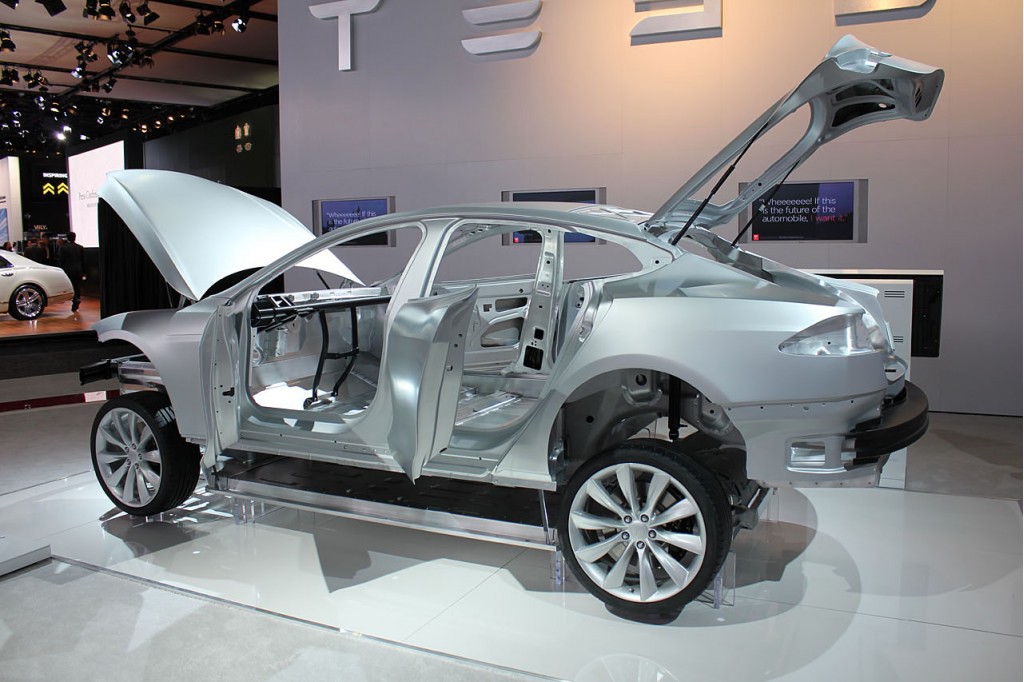 Last month, Tesla released specifications and prices for the three different versions of the Model S.

Those options include a set of aerodynamic 19-inch wheels--for $1,500 extra--that Tesla says could add as much as 20 additional miles to the highest-range version.

The company has said it will deliver Model S Signature Series cars to its first customers this summer, meaning it has to do so by September 21.

That's just a bit more than nine months away, and it's clear that the eyes of the world will be on Tesla's Fremont plant to see whether the cars roll out as planned.

Check out the video above showing the Tesla Model S chassis and battery pack, as well as our Detroit Auto Show page.

On that summary page, we cover all the production cars and concepts occupying the greener aisles of the country's largest and most influential auto show.