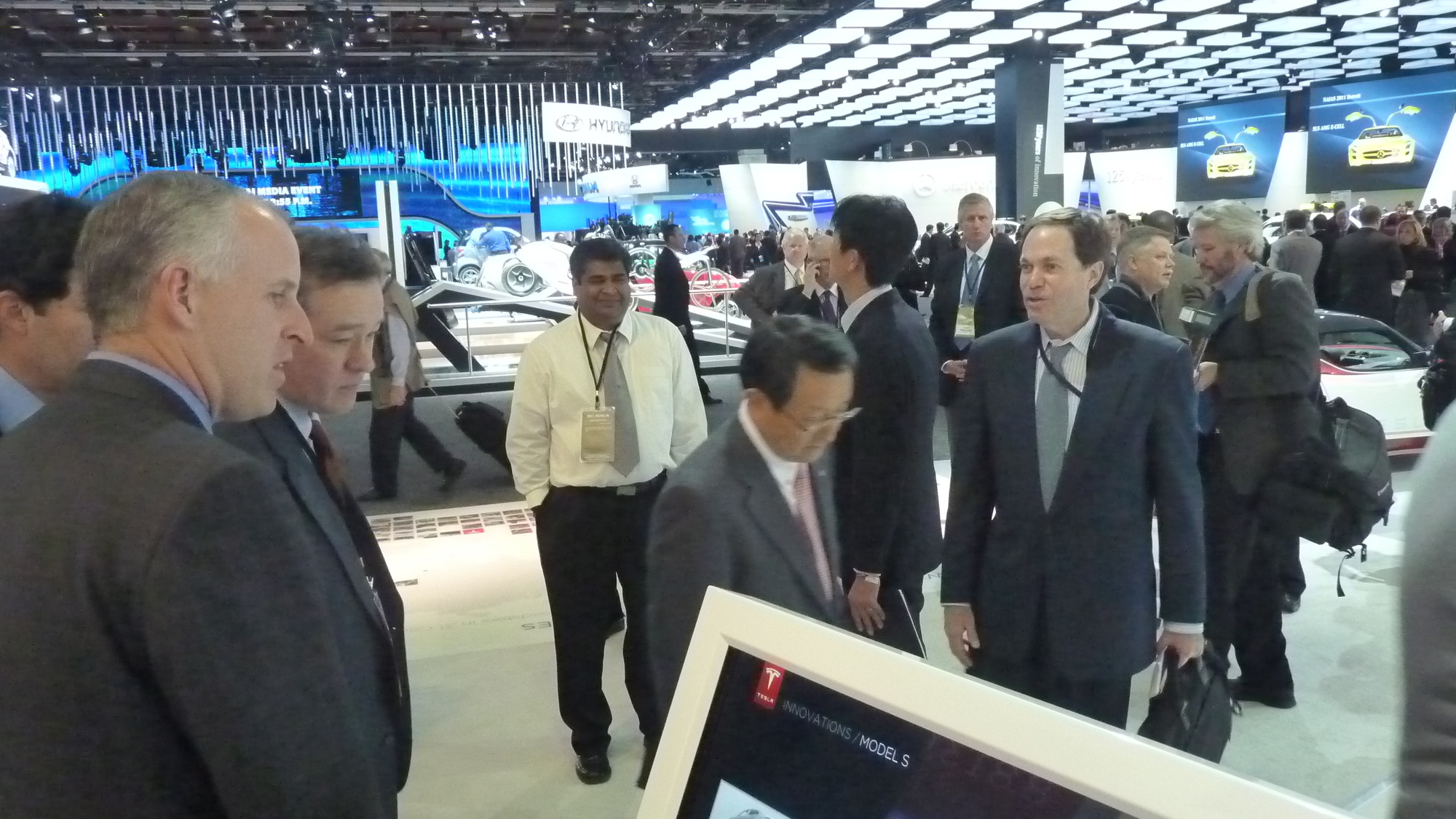 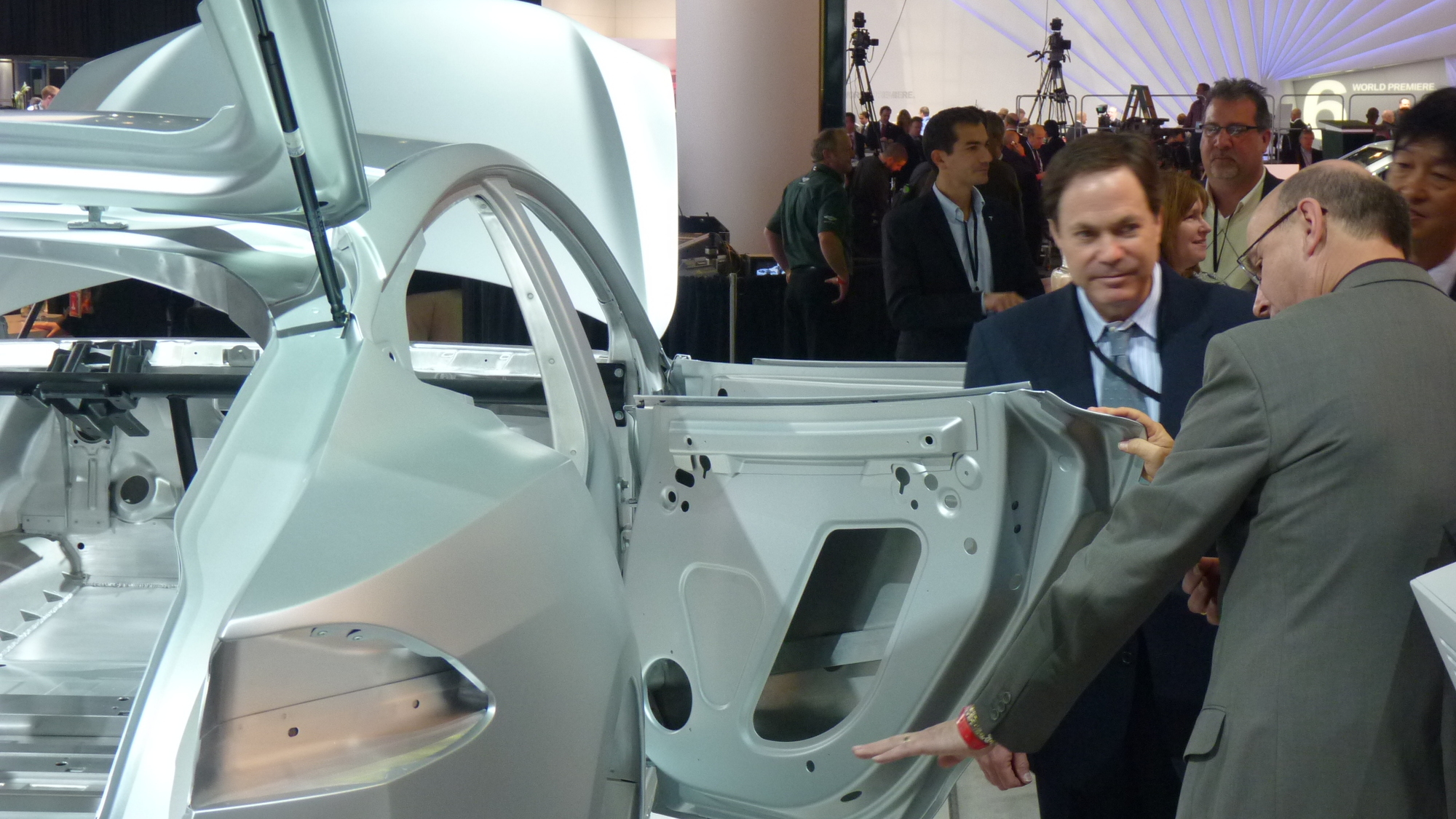 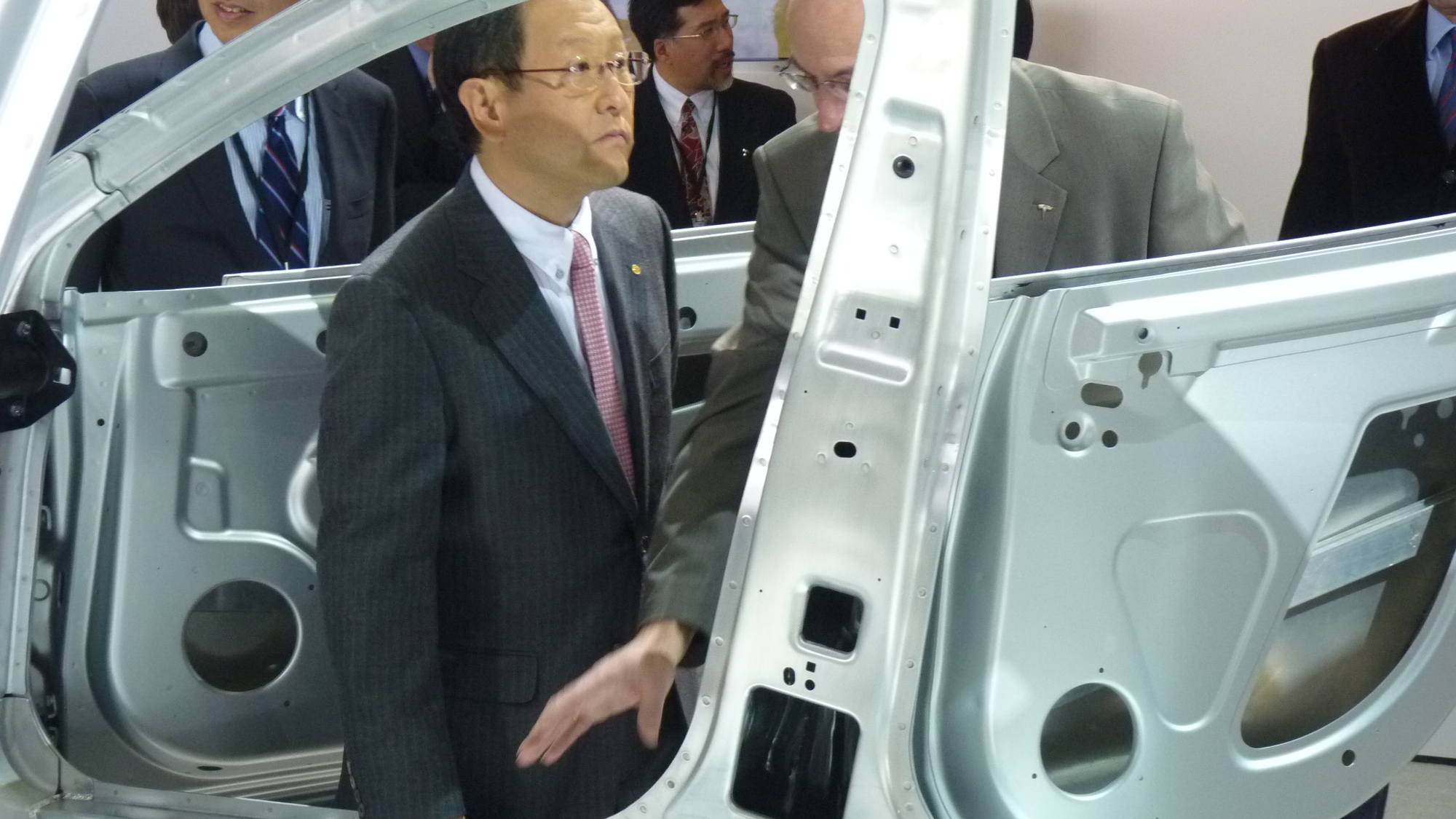 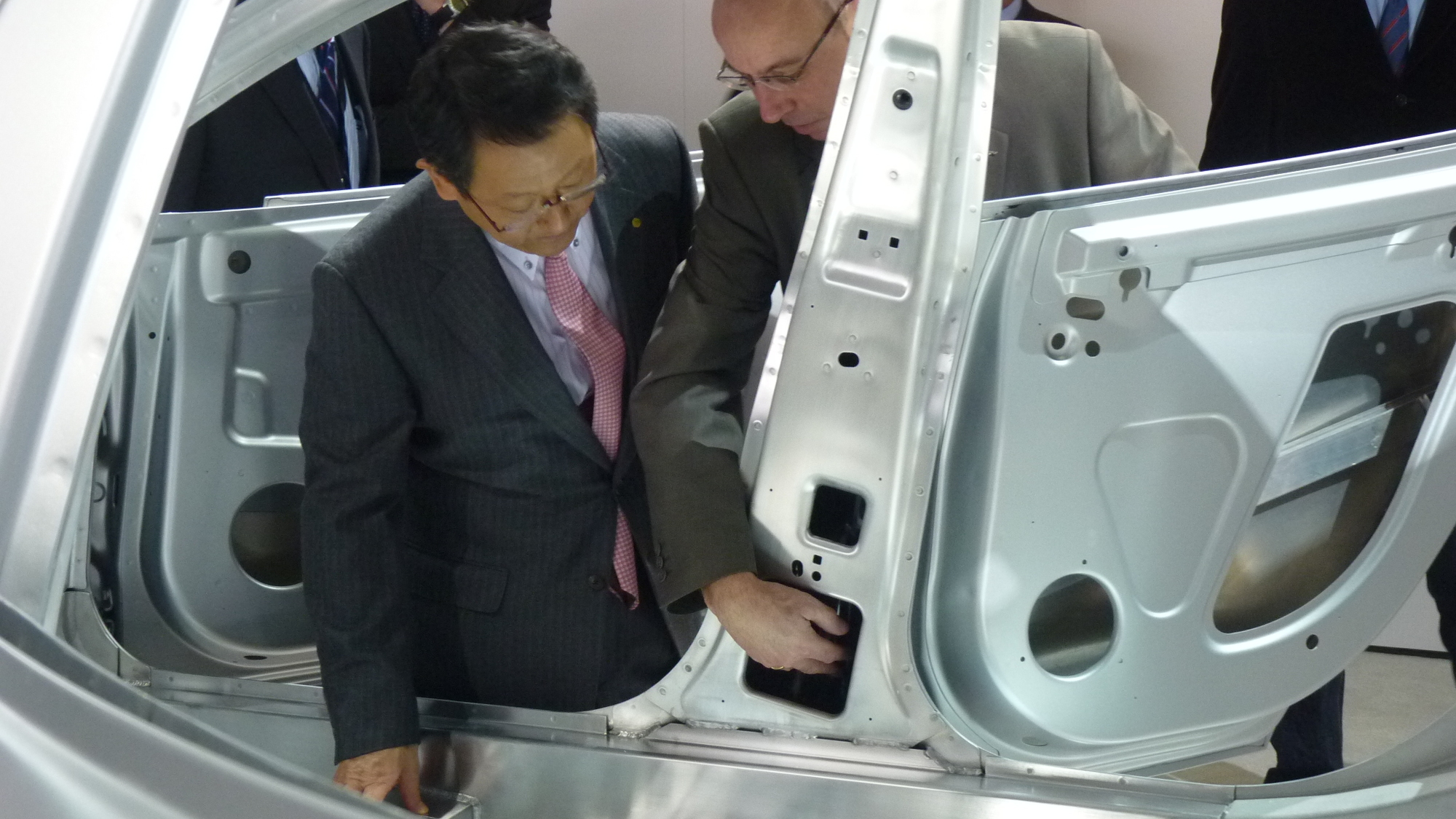 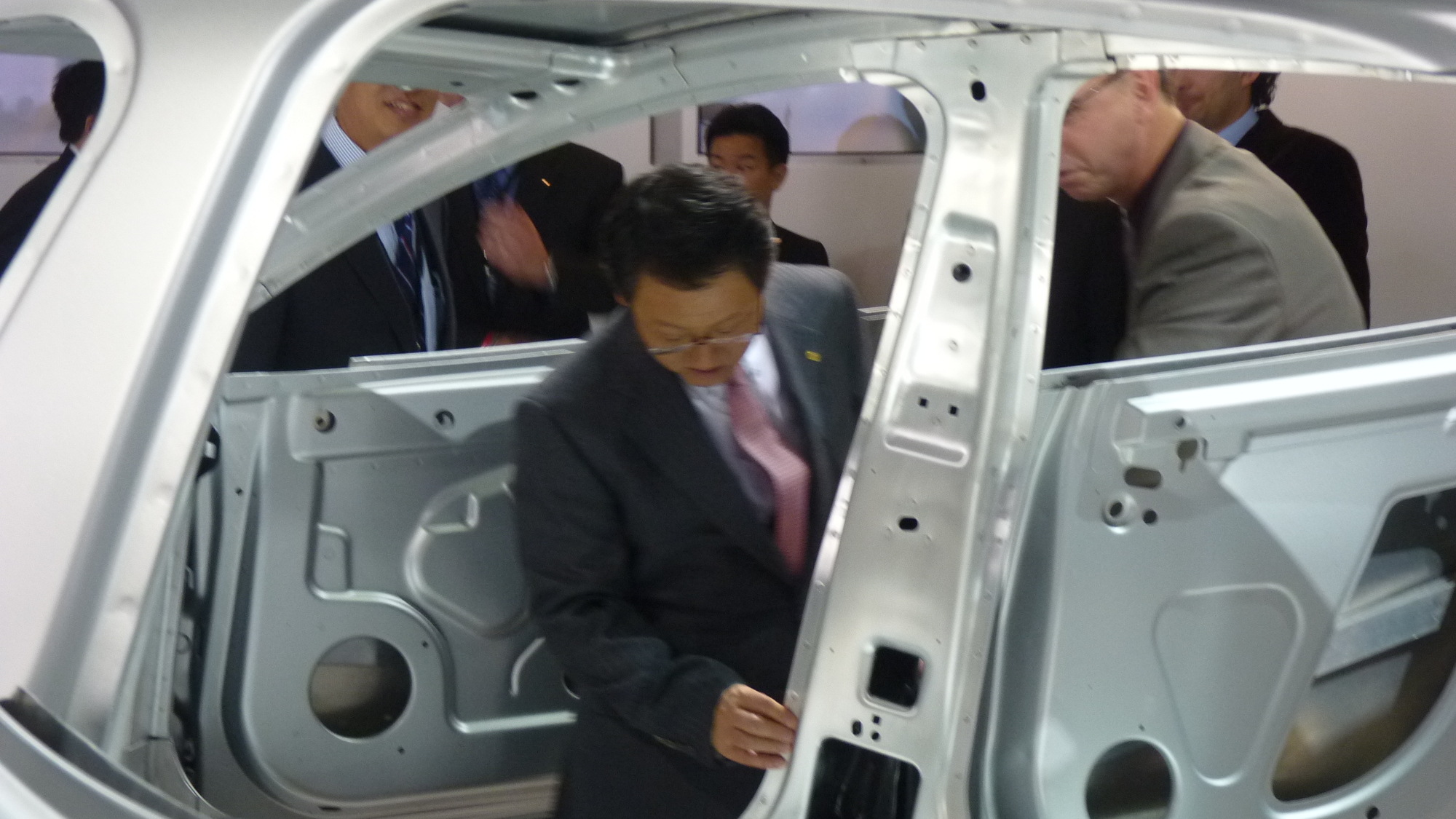 6
photos
What do you do when the president of the world's number-one global auto producer stops by your stand? Give him the tour around the car that you're planning to assemble in his former factory, of course.

By chance we were hanging around the Tesla stand at the 2011 Detroit auto show when Akio Toyoda (and an entourage of several) walked up and started sizing up the Model S—shown in 'body-in-white,' structurally exposed form for the first time at Detroit. Tesla engineers jumped to the task, showing him through noteworthy structural points.

However, it's not as if Toyota and Tesla aren't already friendly. Toyota is using Tesla's powertrain technology for its RAV4 Electric demonstration model, and the major automaker also owns a small share of Tesla.