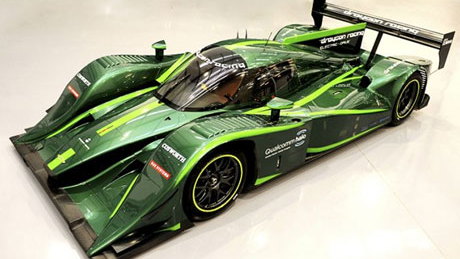 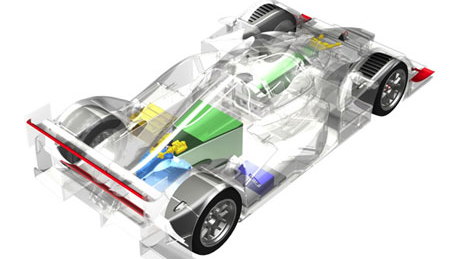 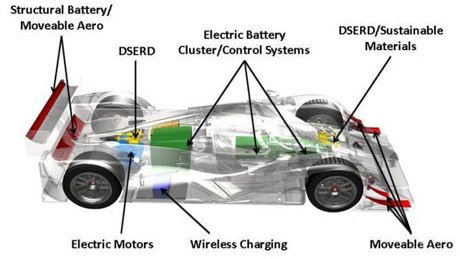 Back in December, we told you about a brand new electric race car that Former American Le Mans Series veterans Drayson Racing were planning on unveiling at the 2012 Low Carbon Racing Conference in Birmingham, England.

At the time, we were told the all-electric race car -- called the B12/69EV -- would be used to show the racing world the car that Drayson Racing will enter into the 2013 FIA Formula E world championship. Other than its unusual name, Drayson Racing kept quiet.

That is, until yesterday, when the Lola Group and Drayson Racing unveiled their jointly-developed all-electric race car.

And unlike some of the examples we’ve seen in the past, the B12/69EV looks like a real race car.

Faithful to the single-seat, closed-fender, classic American Le Mans design, the B12/69EV looks just like its gasoline counterparts, but instead of the usual gas-guzzling V-8 or V-12 engine found in most ALMS cars, it is powered by a quartet of electric motors.

Combined, the motors produce up to 634 kilowatts of power, enough to accelerate the B12/69EV at Formula 1 speeds from standstill and top out at an impressive 200 mph.

“Electric racing represents a considerable new business opportunity for motorsport and underlines the growing commercial potential of green racing and technology,” said Drayson racing founder and former U.K. Governmental Minister Lord Drayson. “We are thrilled to be at the forefront of the push for innovation at such an exciting time for the sport and industry”

Lola-Drayson Racing hasn’t detailed the exact specifications of its prototype race car, but has said that the car makes use of several innovative technologies designed to help it keep racing for longer.

These include wireless inductive charging, moveable aerodynamics designed to keep the car’s rolling resistance low while maintaining full control, and regenerative dampers that captures kinetic energy from the suspension system and converts it to electrical energy to store in the car’s battery pack.

While the technology is impressive, there’s one thing that we just can’t escape: Electric car racing has just got serious.

Move over EV-Cup. Sayonara, EV Indy 500: the big boys have come to play.