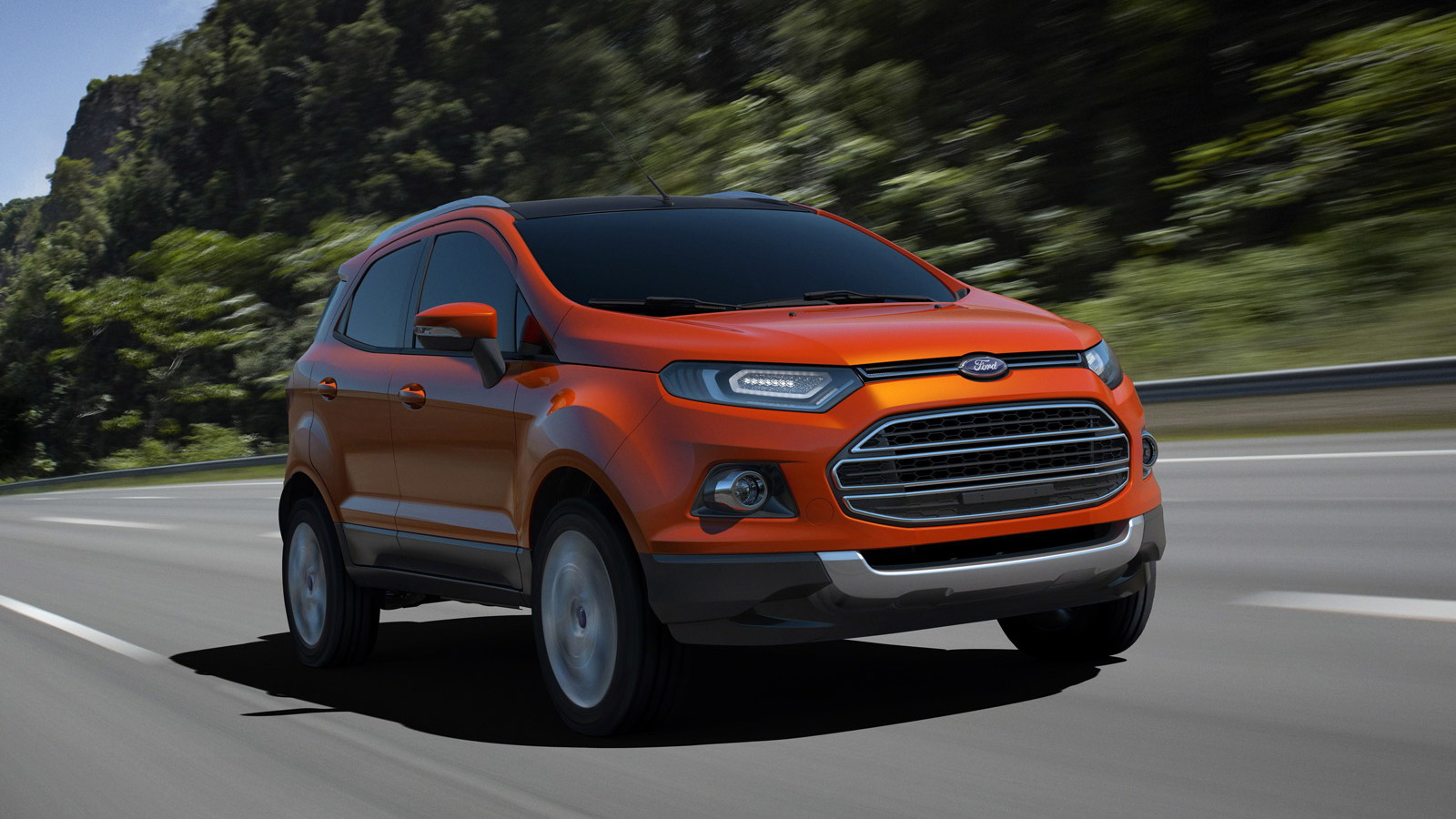 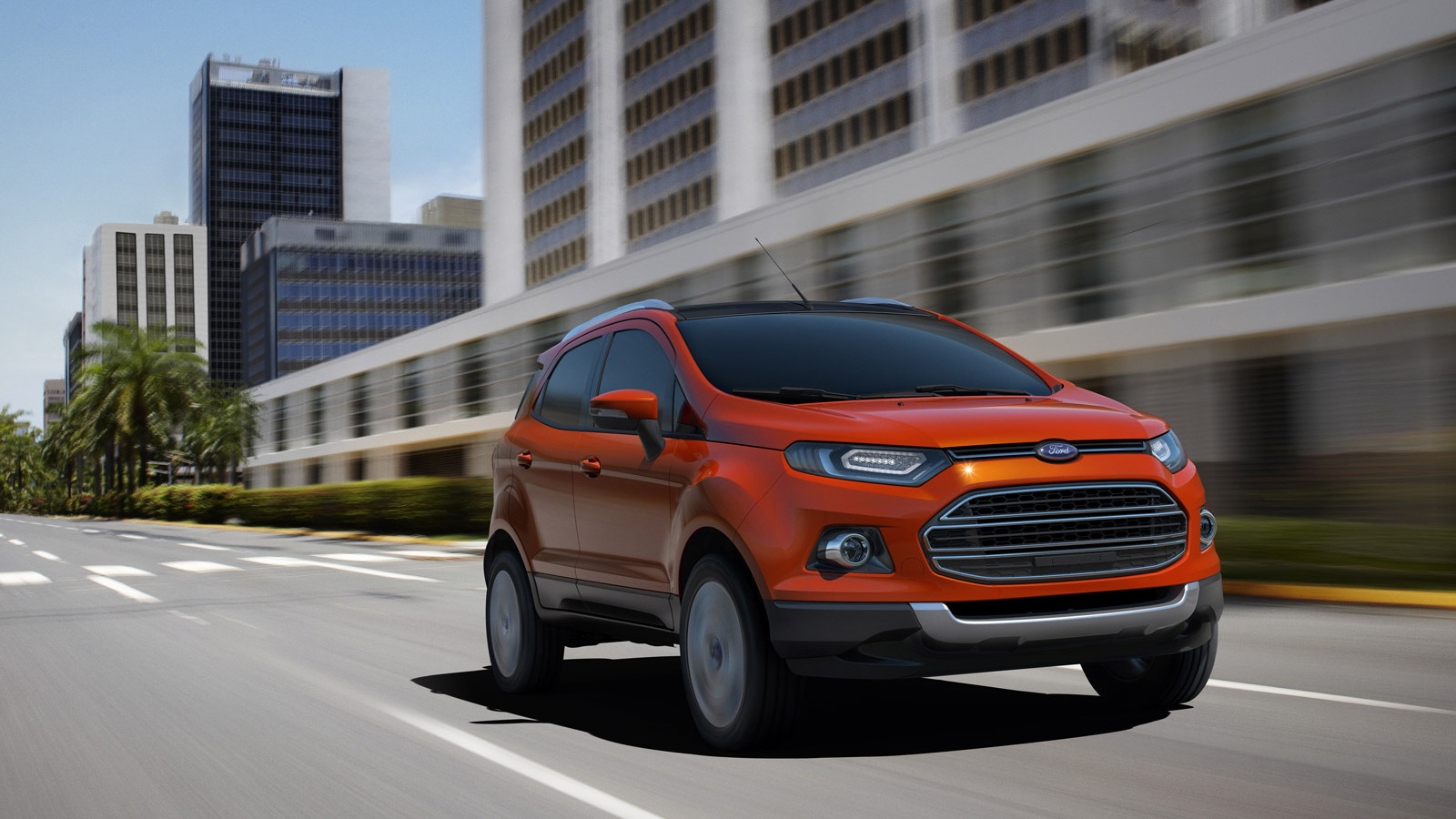 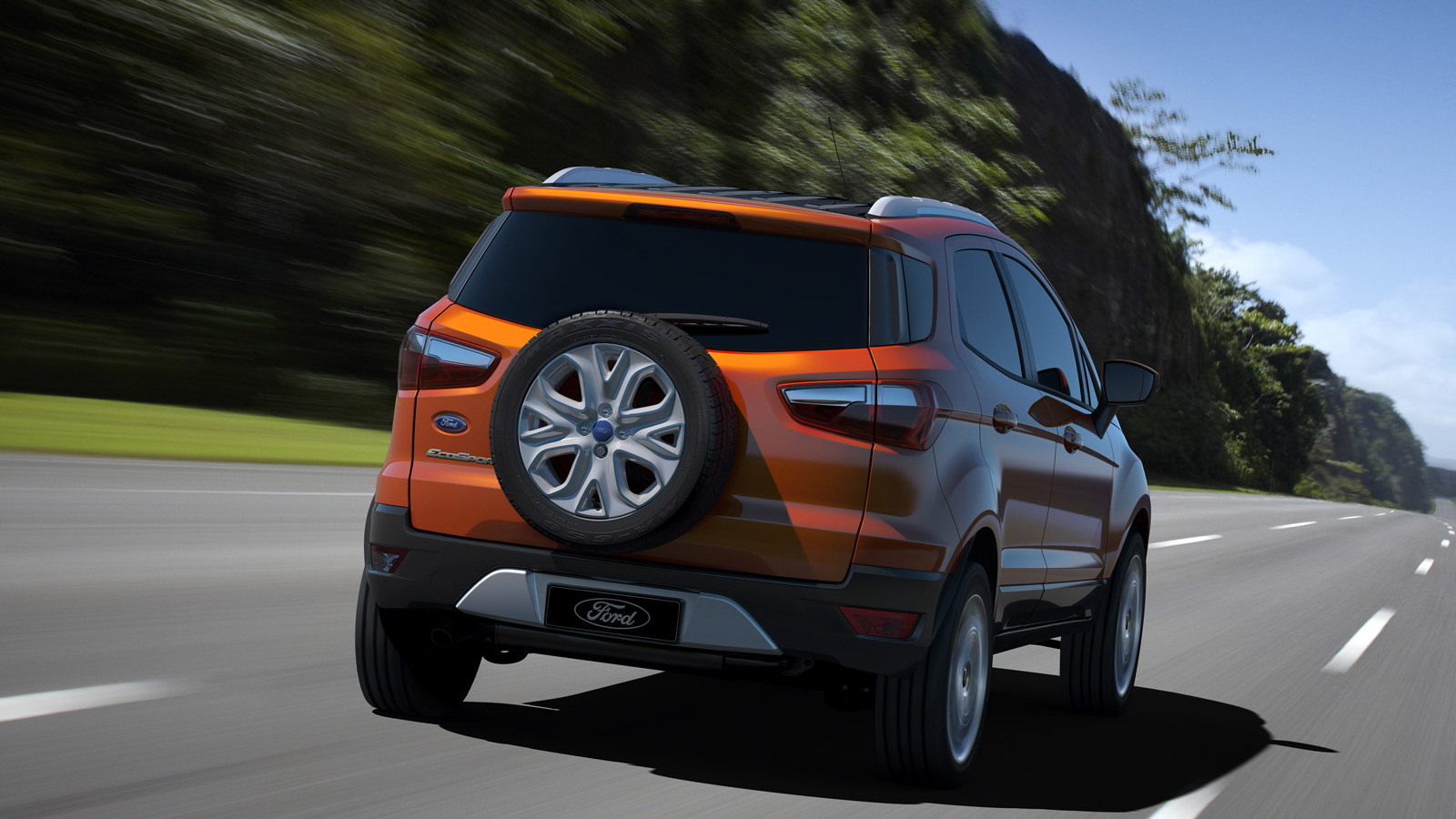 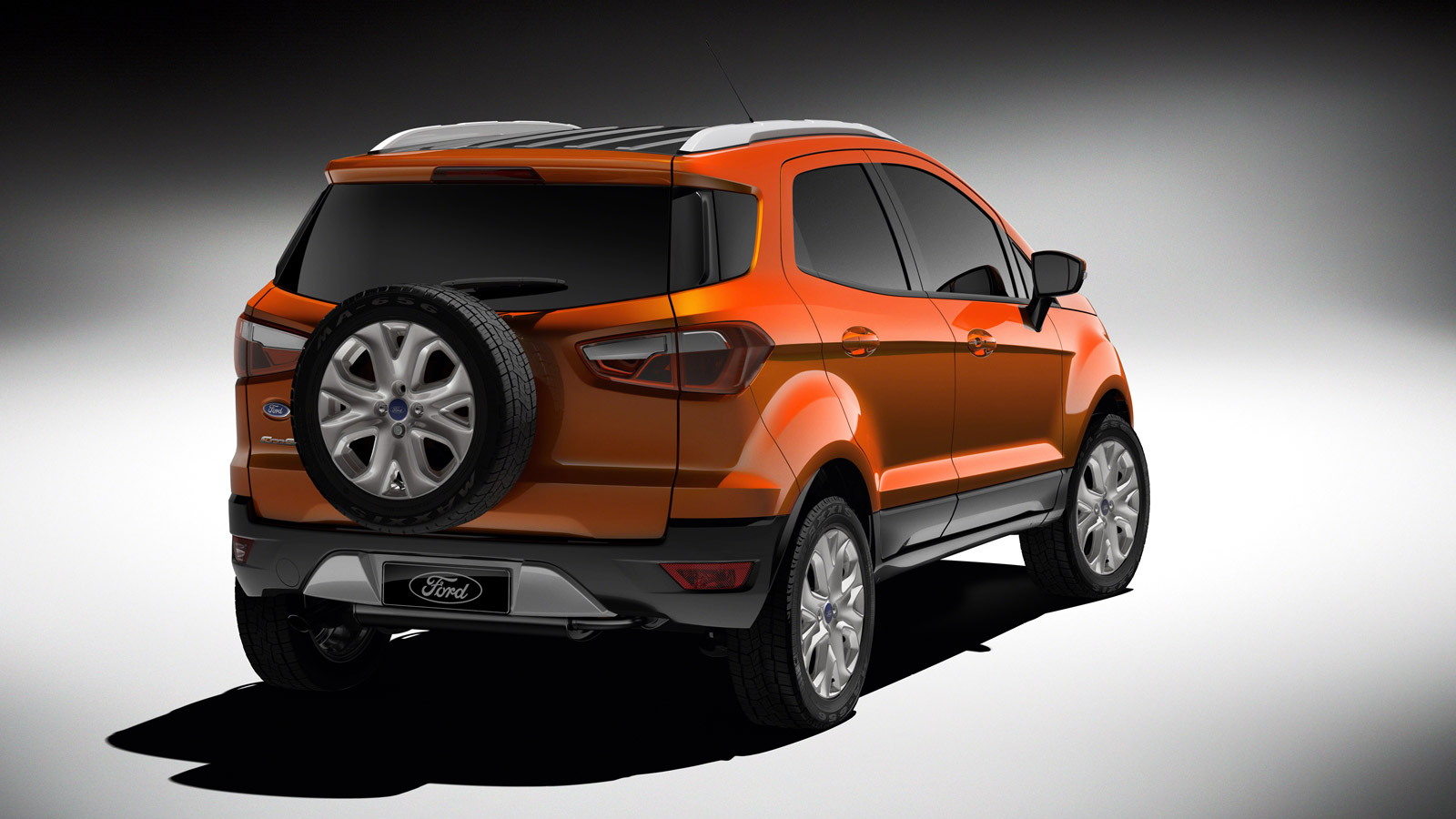 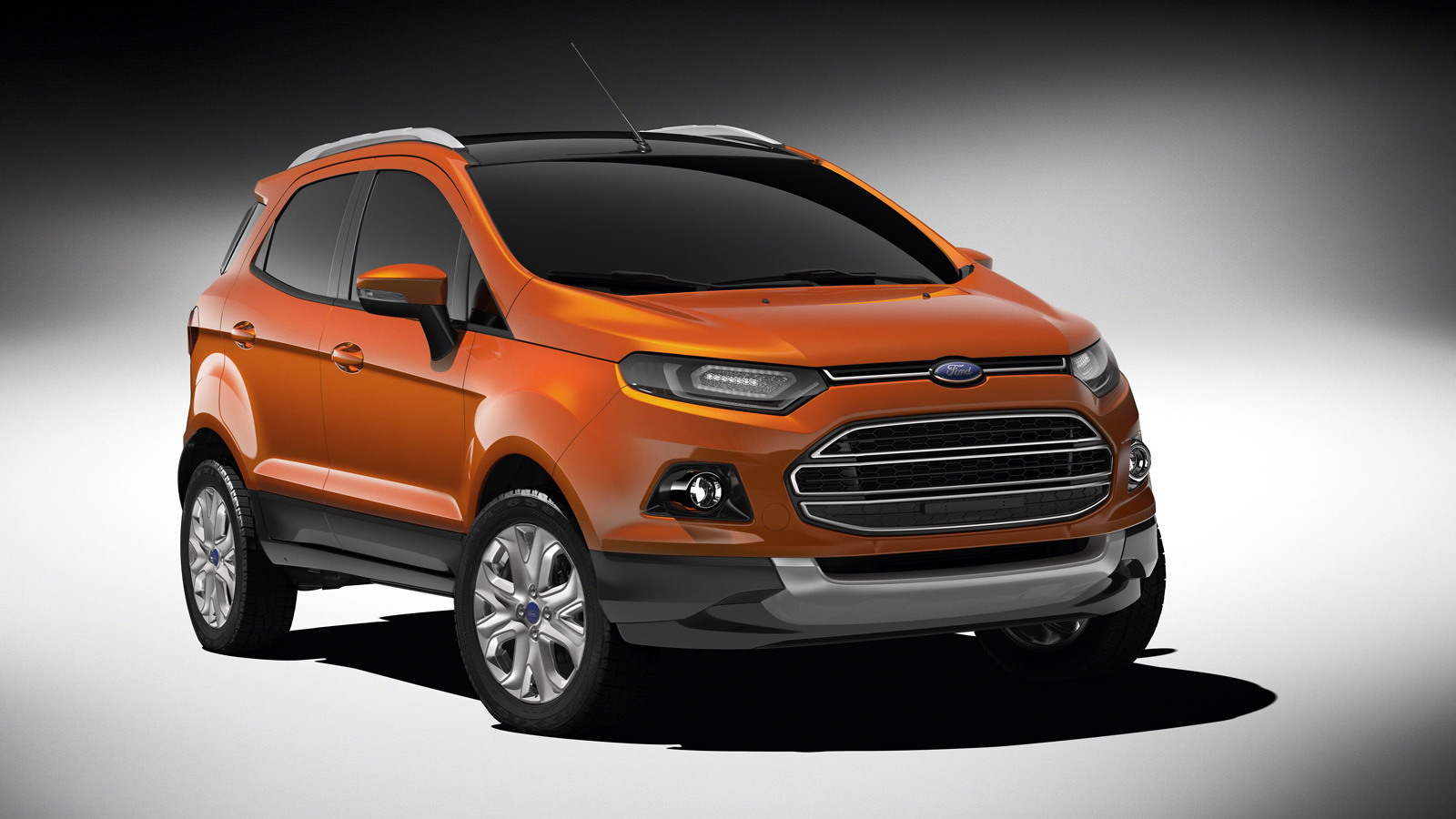 In the U.S. market, the vast majority of crossovers and sport-utility vehicles are compact or mid-size vehicles.

That's about to change, as Ford continues to launch vehicles that can be sold globally, rather than developing individual cars for specific countries.

Today, Ford unveiled its EcoSport subcompact crossover at the Delhi Auto Expo--and we have all the photos for you.

The EcoSport is a full size smaller than the 2013 Ford Escape, the all-new compact crossover unveiled last fall at the Los Angeles Auto Show. The new 2013 EcoSport is closer in size to the Nissan Juke, one of the new crossovers built on a subcompact platform.

The Delhi show was the global unveiling of the EcoSport, which Ford says will be sold worldwide in almost 100 markets. The company was coy about U.S. plans,saying only that "other markets" beyond India and Brazil would be "announced at a later time."

But we're almost certain to see the little crossover as a 2013 or 2014 model, as Ford takes advantage of its global footprint to increase economies of scale--and offer U.S. customers smaller and more fuel-efficient vehicles to help it achieve rising corporate average fuel economy standards from now to 2025.

The EcoSport is displayed in Delhi with Ford's three-cylinder, 1.0-liter EcoBoost engine, its smallest direct-injected and turbocharged offering and the first three-cylinder it's ever put into production. Ford says it provides the power of a 1.6-liter four with gas mileage that's significantly higher.

U.S. EcoSports, however, are also likely to have a four-cylinder option, though that three-cylinder EcoBoost engine will be offered in Fiesta subcompacts here.

Eager crowds in Delhi will be able to "drive" the EcoSport virtually by collectively leaning left or right in front of a motion-sensing camera when prompted by an informational video.

We'll bring you more information on the new Ford EcoSport as we get it. Meanwhile, we're curious to get your thoughts on the new subcompact crossover category.

Would you consider a subcompact utlity vehicle if it offered all-wheel drive and better gas mileage than, say, a compact Ford Escape?