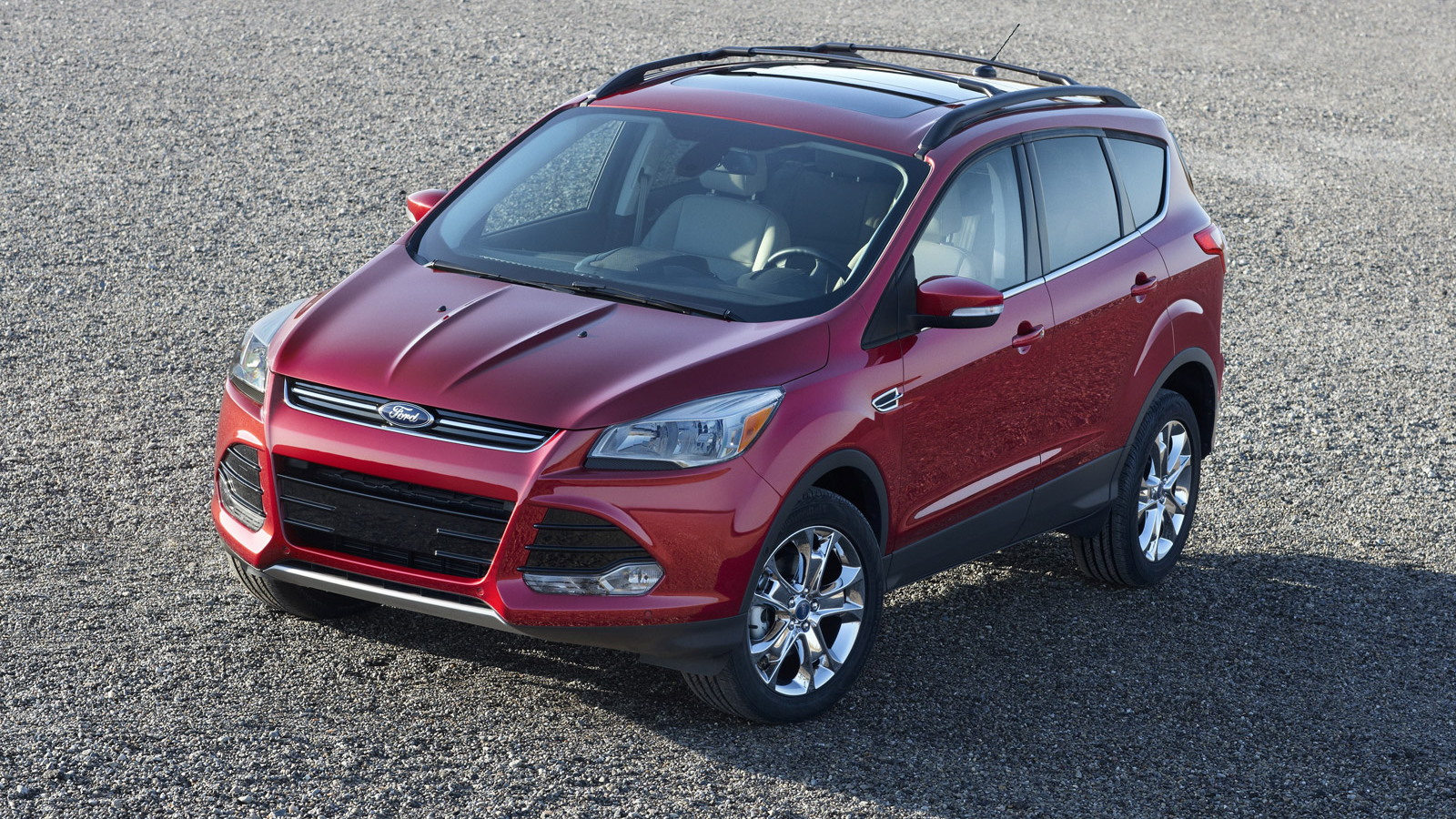 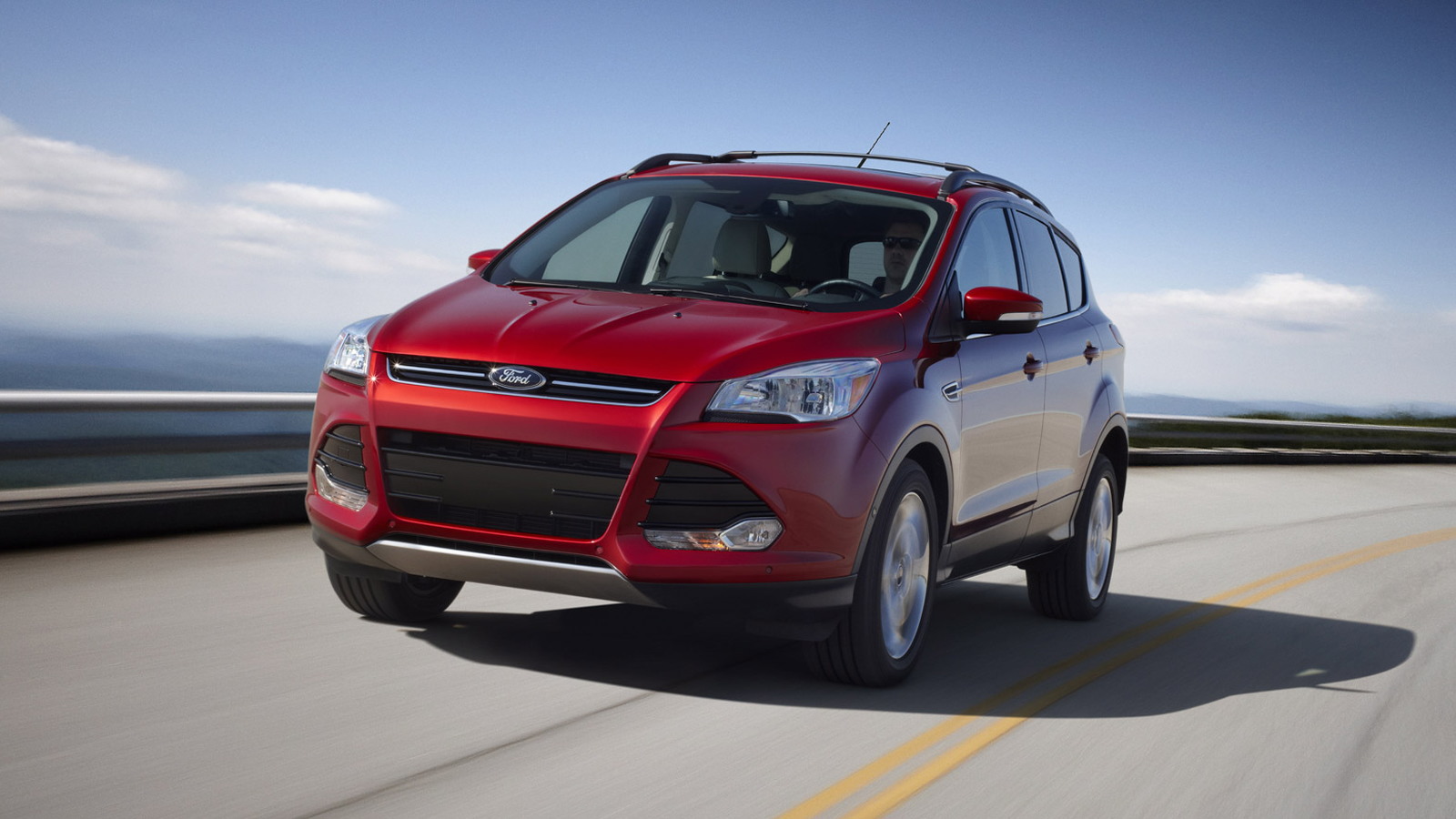 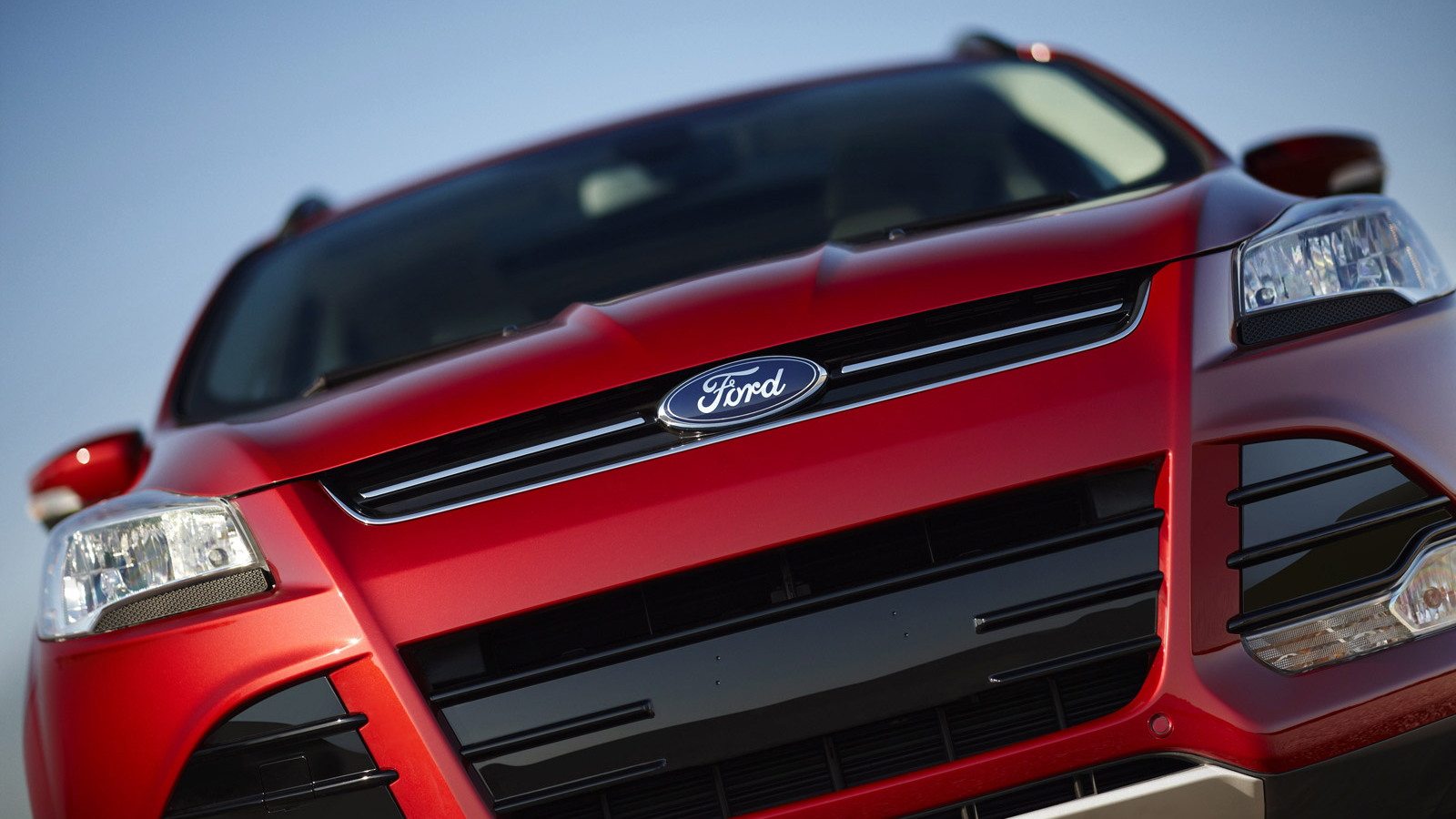 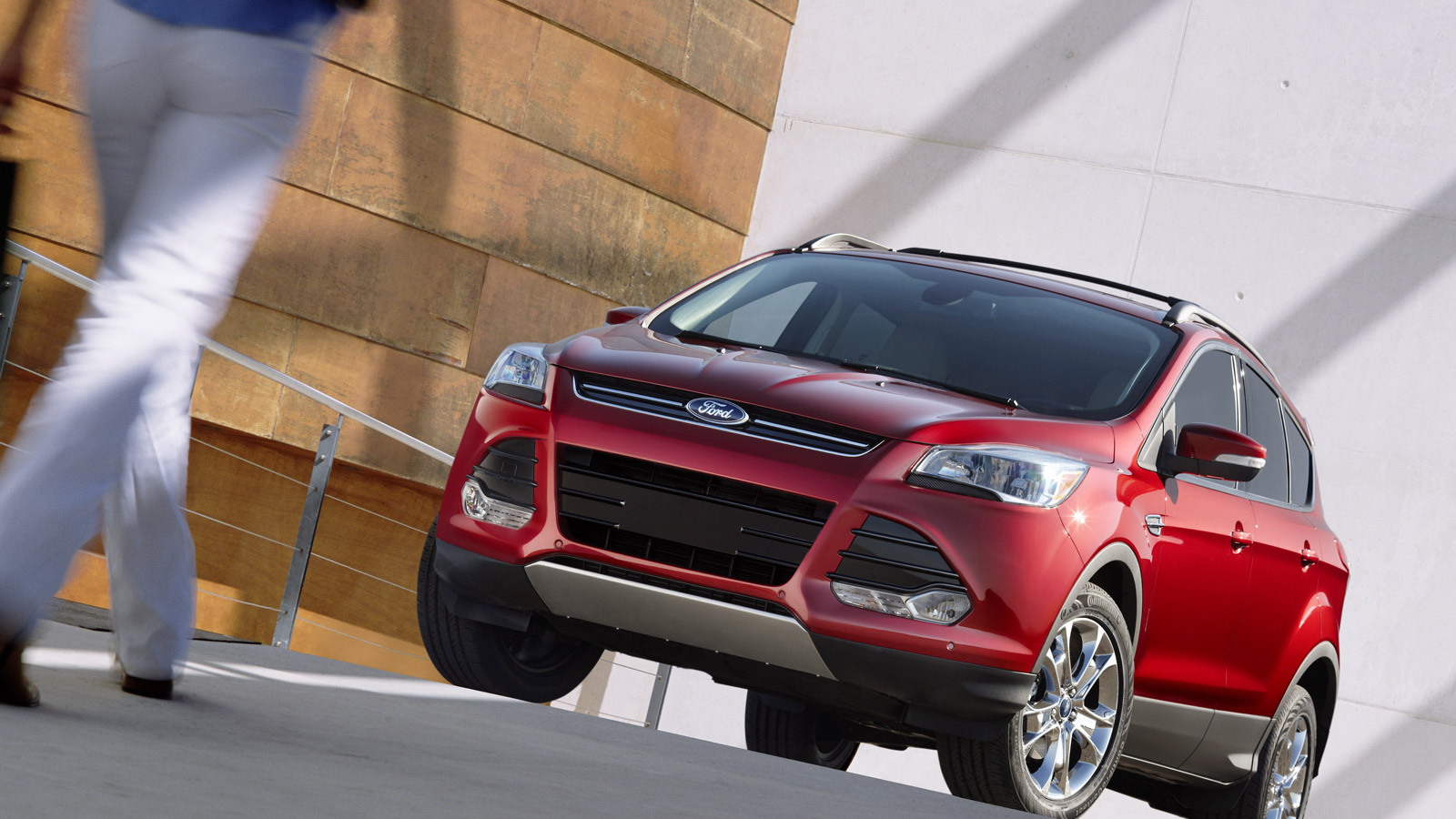 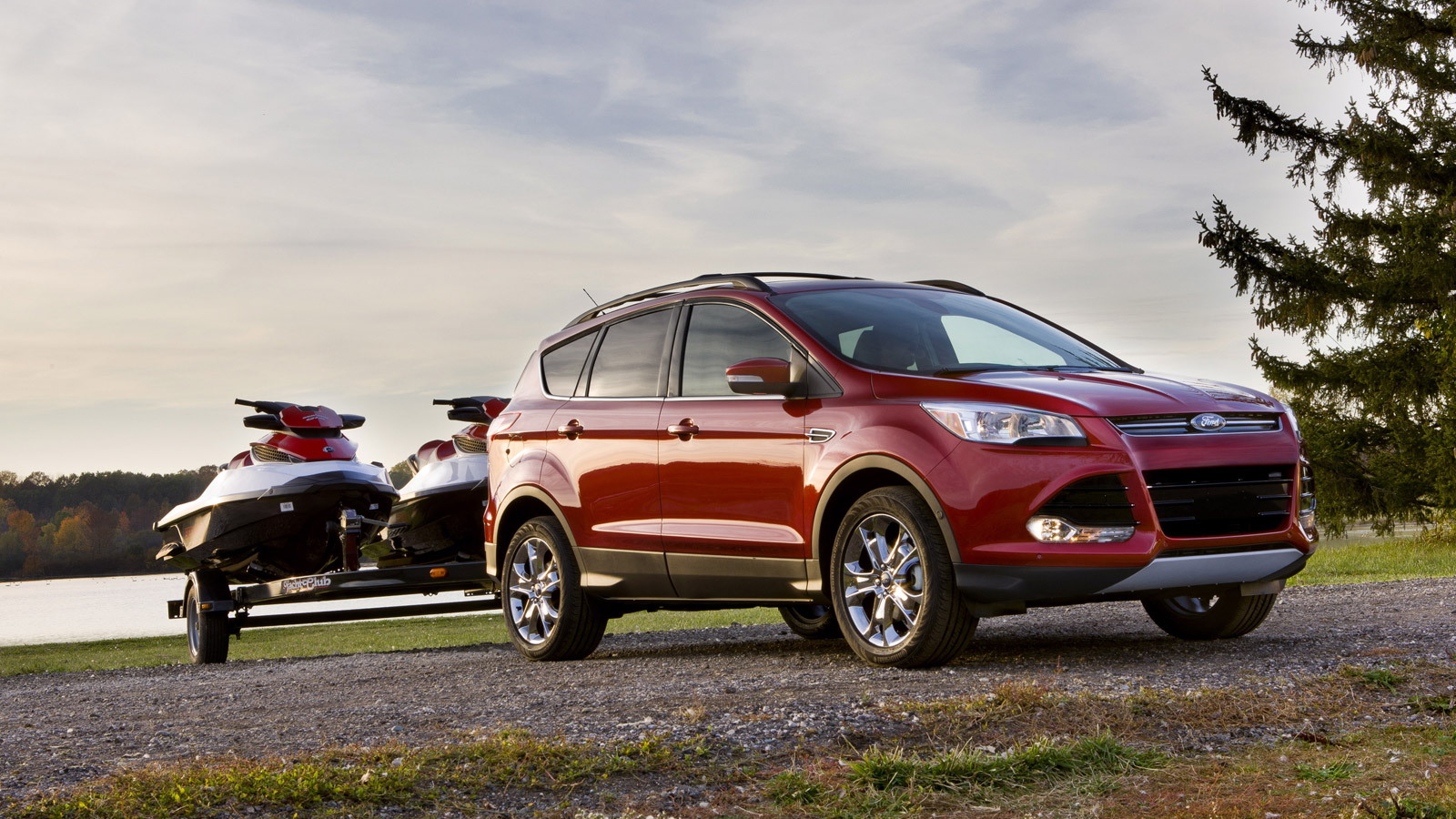 For the new 2013 Ford Escape, introduced today at the Los Angeles Auto Show, it's all about efficiency--and family-friend features designed to lure buyers who can choose from a growing array of very competent compact crossovers.

Ford has already revealed the three engines available for its new Escape. They are all four-cylinders; there's no V-6 option, as the outgoing Escape had.

The base Escape S model comes with a 2.5-liter engine and six-speed automatic transmission that's pretty much the same as the old Escape.

But the big news is the pair of EcoBoost direct-injected and turbocharged fours that will deliver higher power at the same time as better gas mileage. Ford expects nine out of ten 2013 Escape buyers to pick one of those two options.

The 1.6-liter EcoBoost four is the smaller of the two, and is expected to deliver fuel economy up to 5 mpg higher than the best ratings for the old Escape Hybrid--which delivered 34 mpg city, 31 mpg highway, and a combined rating of 32 mpg in front-wheel drive form.

Ford is being cagey about power outputs and predicted mileage ratings, so you can expect a series further announcements revealing those statistics between now and next spring, when the 2013 Escape is likely to go on sale.

The large EcoBoost, at 2.0 liters, is the effective replacement for the old V-6 Escape. It's the one to order if you need the quoted 3,500-pound towing capacity.

Both EcoBoost engines are paired with an active grille shutter, which closes whenever possible to direct airflow around the Escape rather than through the engine compartment. This reduces drag, improving fuel economy.

Other features of the 2013 Escape that are bound to lure buyers include a hands-free power liftgate option. For parents with their hands full of kids, cargo, or packages, waving a foot under the center of the rear bumper will automatically open the tailgate--after a pause to let the person step back out of the way.

Altogther, Ford names 11 features of the new Escape that are either entirely new or making their first appearance in the compact crossover category.

One of the most significant is the latest version of the MyFordTouch system. It gives drivers the ability to operate the climate control, navigation, mobile phone, and sound systems using controls on the steering wheel, voice commands, or a mixture of both.

There is a slew of new traction control and stability enhancing software systems, with a new all-wheel drive system that dynamically distributes power between the front wheels and from front to rear to maintain stability while reducing fuel use.

The Escape also offers a Blind Spot Information System with cross-traffic alert, which warns the driver when a car is traveling back and alongside where the driver can't see it, or if cars are approaching an Escape that is, say, backing out of a parking space.

Ford has not released details on the 2013 Escape's trim levels, option packages, or how it will be priced. Until it goes on sale next year, the outgoing 2012 Escape remains at dealers--so if you want a hybrid crossover with all-wheel drive, now's the time to buy one.

For even more details on the new 2013 Ford Escape, see the writeup on our sister site TheCarConection.