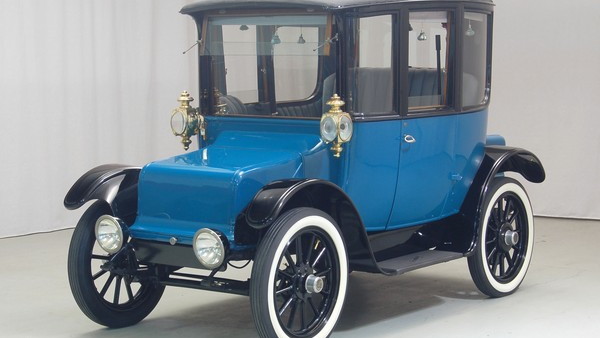 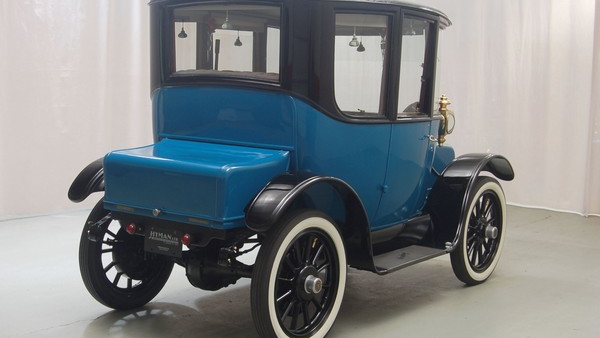 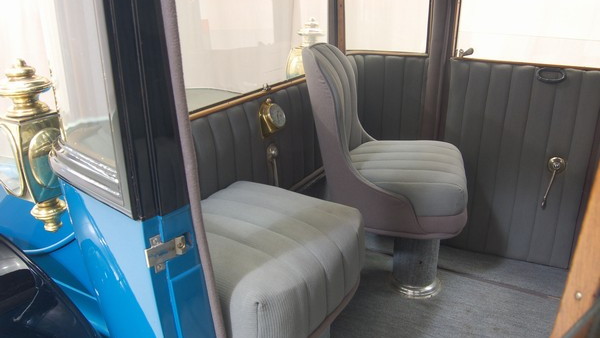 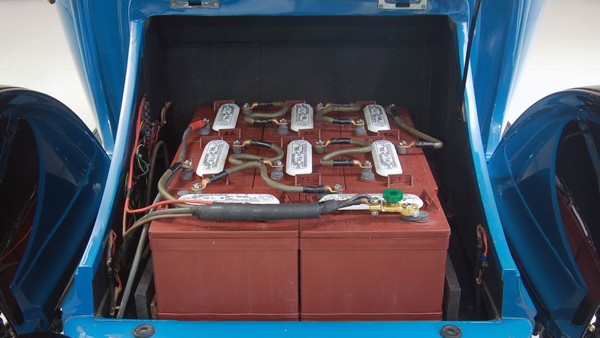 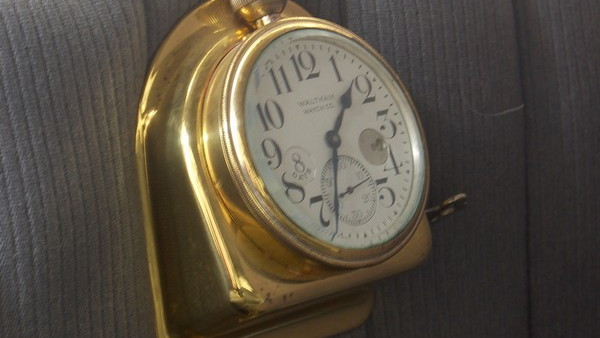 It may not be the first electric car ever built, but the original 1919 Rauch & Lang electric car currently for sale on eBay is truly an object of beauty.

With elegant blue and black coachwork, whitewall tires and brass detailing - including a wonderful clock inside the cabin - it really lives up to the "Cinderella" styling and is more silent than a pumpkin carriage pulled by horses ever could be.

The interior is trimmed in gray broadcloth and like many early vehicles, control is via a tiller mechanism, rather than a wheel. The whole car has been lovingly restored and only 276 miles have passed under its wooden-spoked wheels. The batteries are brand new. It's certainly in better condition than the 1918 Rauch & Lang we featured back in February.

According to the listing, Rauch & Lang was started as a coachworks by Jacob Rauch in Cleveland, 1853. In 1884 Charles Lang joined the company, now run by Jacob's son Charles.

Production of electric cars began in 1905 and they quickly became a rival to the well known Baker Electric, and no doubt Detroit Electric too.

For sale through specialist dealer Hyman Ltd. Classic Cars, you'll need $57,500 to put it in your heated garage. The listing has just over 5 days to go.

Don't quite have the money? The good news is that the 1980 Dodge Electrica that missed its reserve last week is still on sale. It might not be vintage, but retro still cool these days...