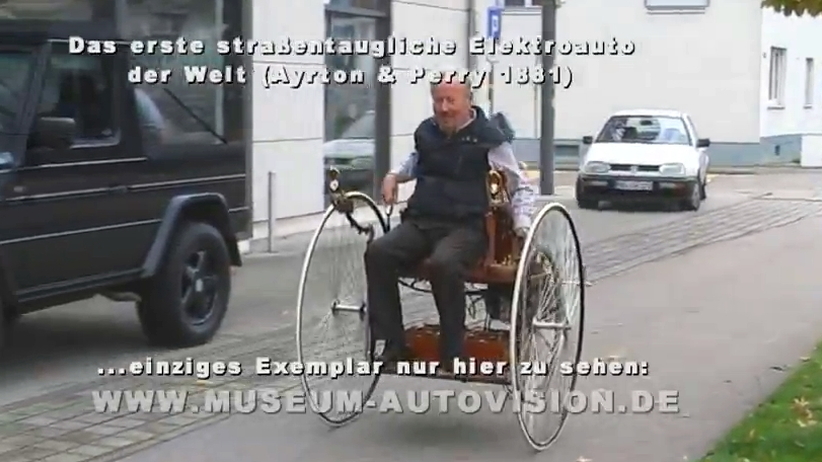 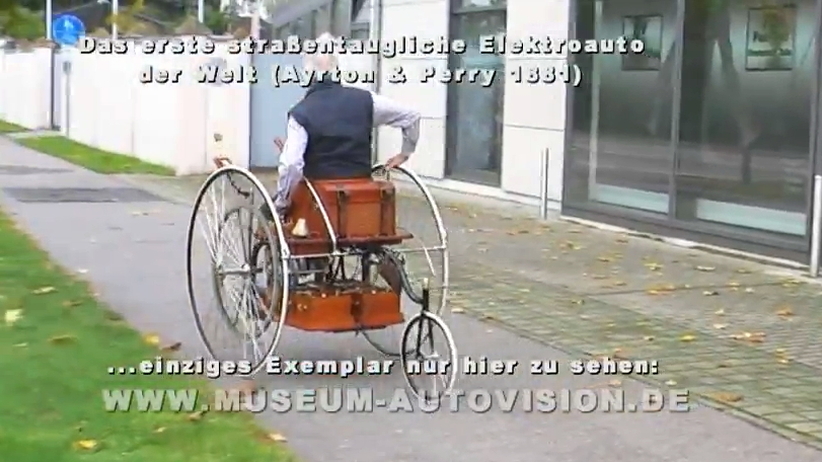 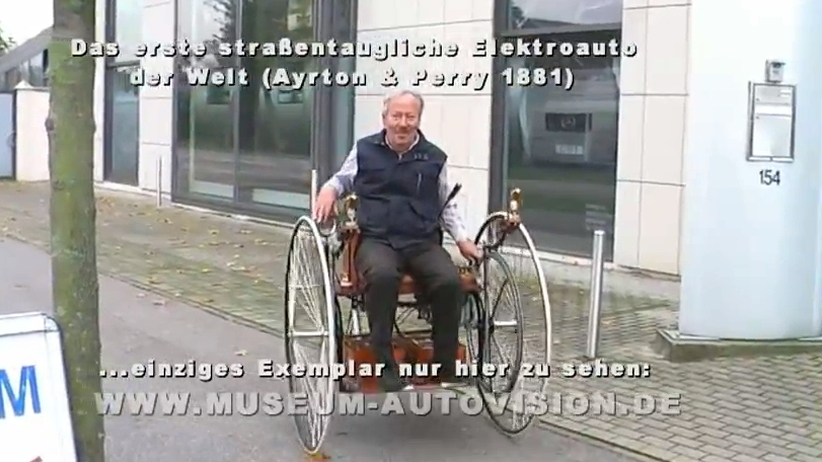 125 years ago a man named Karl Benz patented what many consider to be the first motor car.

As an engineer he wasn't as adept at marketing it though, which is why his wife, Bertha, stole it and completed the world's first car journey (and you presume, the first recorded Grand Theft Auto). Less well known is that five years earlier, in 1881, English scientists William Ayrton and John Perry presented a very similar - and yet very different - motor vehicle, powered by electricity.

The vehicle, based on Ayrton & Perry's Starley tricycle (snappy names were not a forté back then) has now been recreated down to the smallest detail by German museum AUTOVISION.

As you can imagine, it's not easy recreating a 130 year old car, and AUTOVISION first had to source the rumored sole original example of the tricycle left in the world.

Rather than adding an electric drivetrain to the priceless original as Ayrton and Perry did back in 1881, the team created an exact replica and set about recreating the electric motor and batteries to match the original specifications.

The motor sits underneath a wooden panel that forms the seat and a battery-regulating switch is fitted to control the power. A large, fixed roller was also recreated by AUTOVISION to transmit power from the motor to the huge front wheels. Unlike Karl Benz's effort, the electric Starley tricycle used two wheels at the front, another at the back.

The original's range was around 25 miles and top speed a heady 8.7 mph, though this was probably quite competitive with the vehicles that were to appear over the following decade.

As you can see in AUTOVISION's video the tricycle isn't quite as silent as modern cars - in fact it seems no less quiet than the recreations of the 1886 Benz Patent Motorwagen that Mercedes-Benz made for museums all over the world.

The first electric car was originally simply an advertising tool to showcase Ayrton and Perry's inventions and electronics business. We wonder if they ever thought that vehicles would still be using the same principals after 130 years?...