A fire in Mooresille, North Carolina last week involving a 2011 Chevrolet Volt has led Duke Energy to advise its customers against charging the plug-in hybrid at home in case it starts a fire. But is the advice justified, or just another example of what happens when irrational fear of a new technology takes hold?

According to local news organizations, the fire occurred on October 30 at a home to the south west of Mooresville, causing an estimated $800,000 of damage to both the home and the garage where the 2011 Chevrolet Volt was parked.

While the charger -- a Siemens brand 240-Volt Level 2 charger -- was connected to the Volt at the time of the fire, it is unclear at this time if the car was actually charging when the fire started.

Nor is it clear at present what started the fire, although investigators have confirmed that the fire started somewhere in the garage.

“The charging station was in the known area of origin, but the cause of the fire has not yet been officially determined,” the Iredell County Fire Marshall’s office confirmed last week. 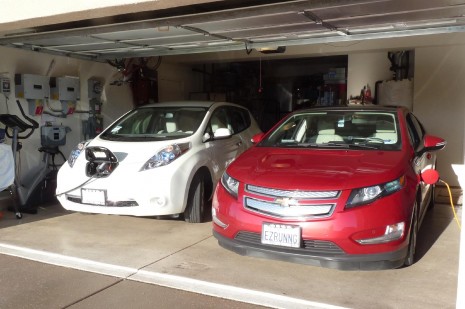 At the moment, there’s no smoking gun to suggest that either charging station or car was at fault -- but the fact the charging station was in the area where the fire was believed to have started has been enough for Duke Energy officials to contact 125 of its customers with electric cars to offer cautionary advice about both the charging stations and the Chevrolet Volt.

“Because the early report said the fire started somewhere in the vicinity of the charging station, we suggested they may not want to use them out of an abundance of caution,” said Duke Energy spokesperson Paige Layne. Later on in an interview, Layne admitted that there was no reason to believe the fire was caused by either the charging station or the car.

It seems however, that while certain media outlets may be keen to blame the fire on the Chevrolet Volt and its wall-mounted charging station, fire officials aren’t so quick to draw a conclusion.

Just like a house fire earlier this year in Connecticut where a Chevrolet Volt was wrongly accused of starting the blaze, the likely cause of last week’s fire is unlikely to be the Chevrolet Volt.

For a start, automakers put their cars through hours of extensive testing to ensure that both the car and the battery pack is safe before, during and after charging. And charging stations have similar safety protocols to ensure that overheating and fires shouldn’t happen.

As Fire Marshal Garland Cloer puts it, almost anything within the garage could have started the blaze. His job is to find out what did.

““From the electrical wiring to the house, to the vehicles, to anything in the garage -- it could have even spontaneously combusted,” Cloer said. “We won't know until we sift through it and find all the evidence that we can find.” 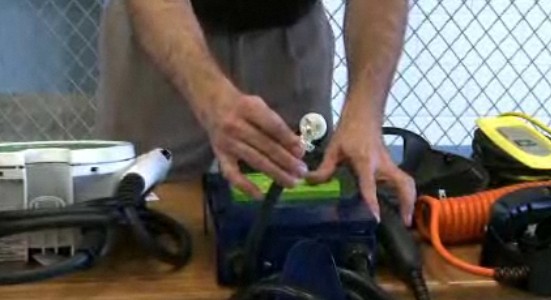 Siemens’ domestic charging station -- the Siemens VersiCharge -- is designed to be installed either as a hard-wired device or by plugging into a domestic 30A, 240V receptacle such as a drier outlet.

In this case -- and we should point out we don’t know the specifics -- we think it’s likely the fire started somewhere between that wall receptacle and the home’s breaker box, vindicating the car and the charging station from blame.

But it serves as a reminder. If you are getting an electric vehicle charging station installed in your home, pay the extra money to get your home wiring officially checked first, or pay for an electrician to install the unit for you.

It may cost more, but you could save yourself a lot of pain -- and money -- in the end. Common sense says it's the best way to ensure your car and home stay safe.