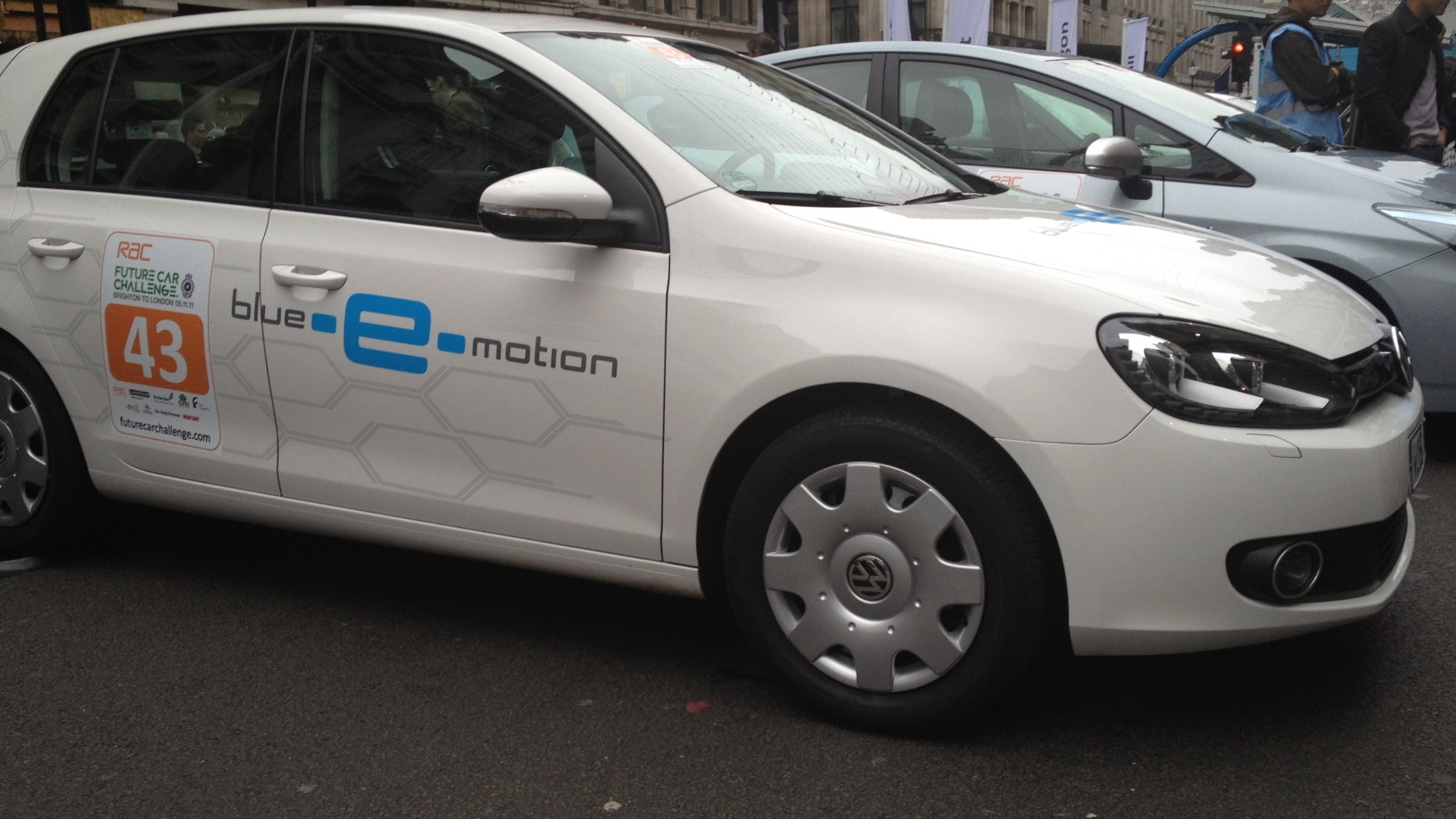 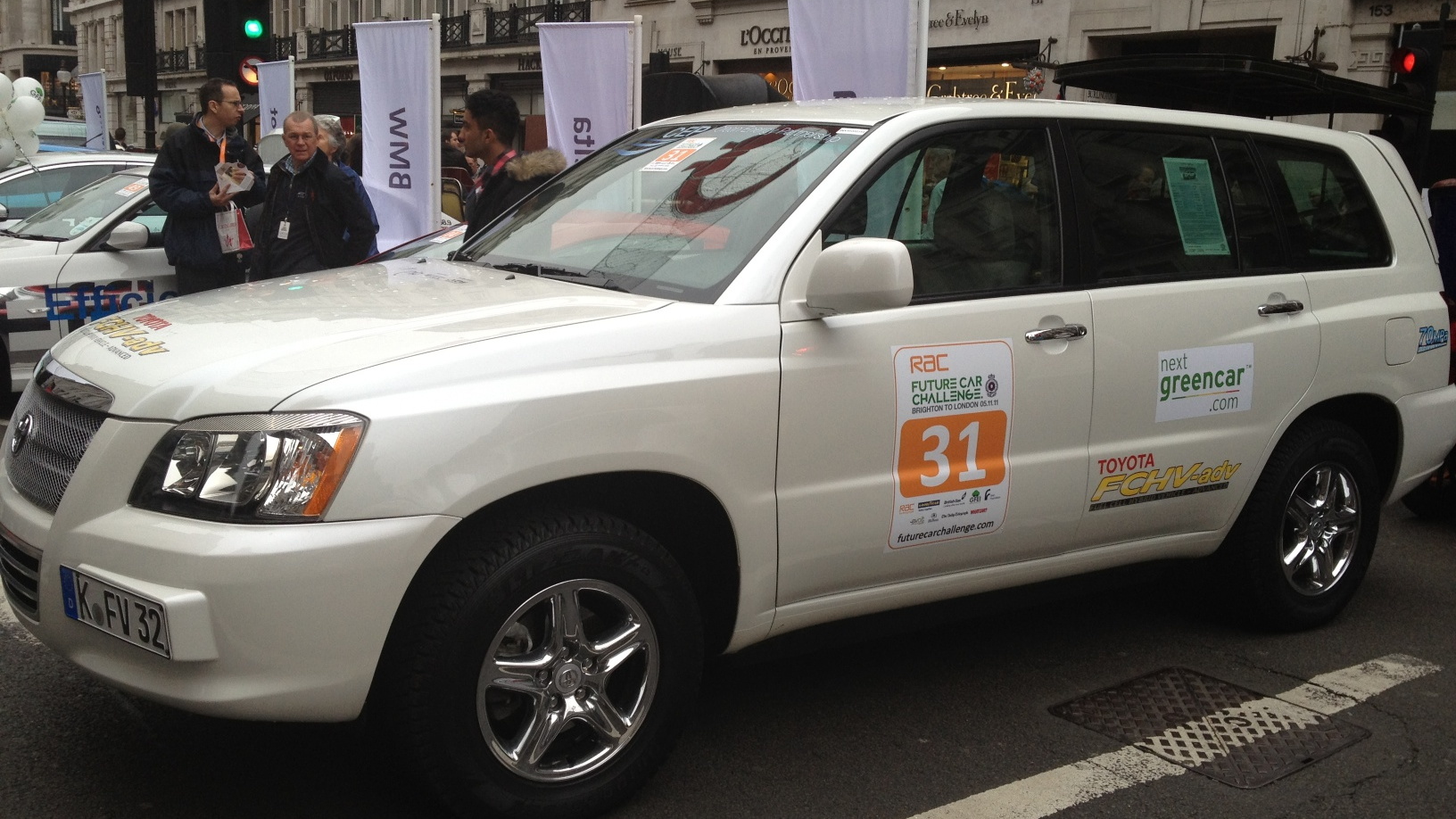 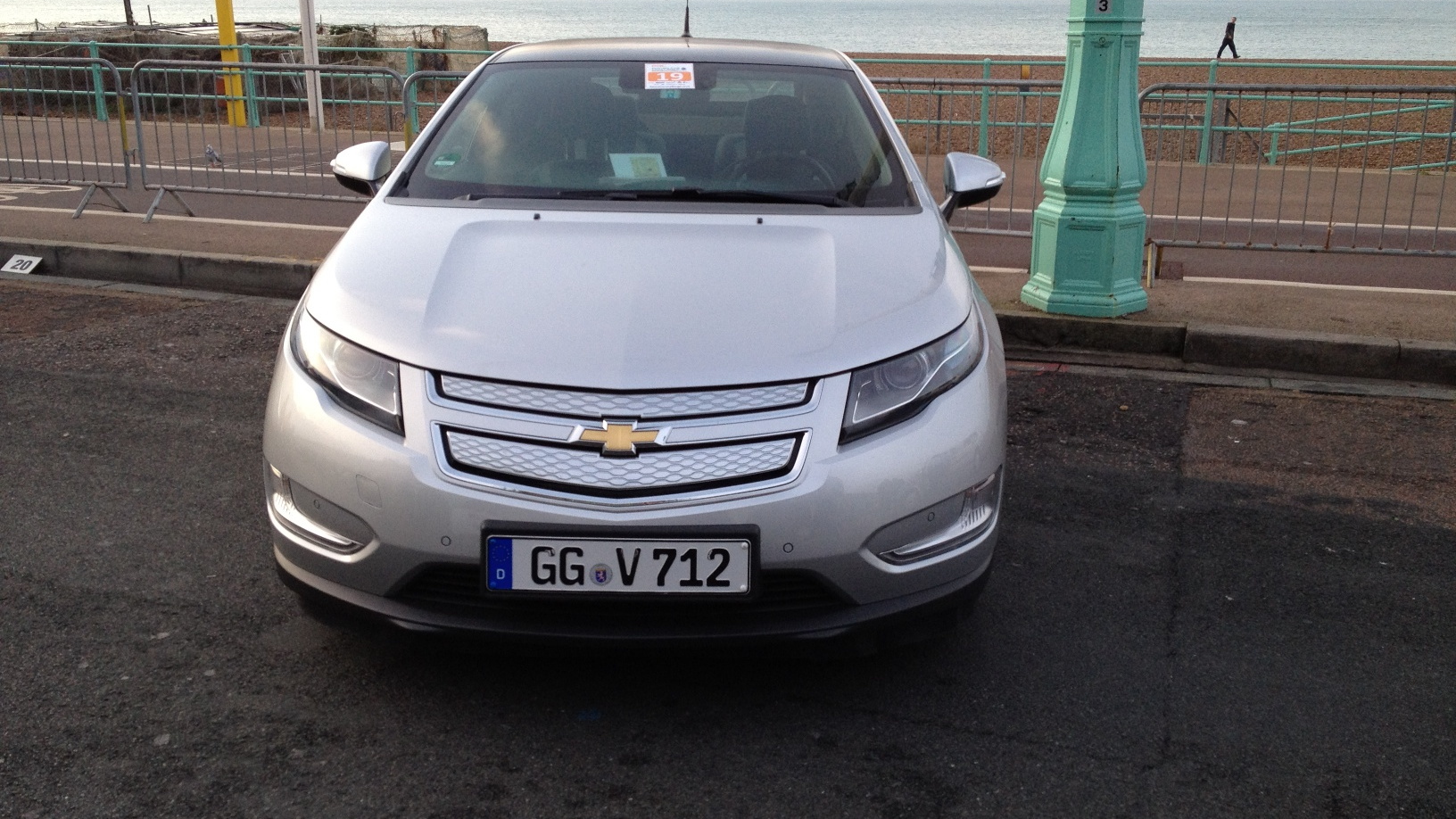 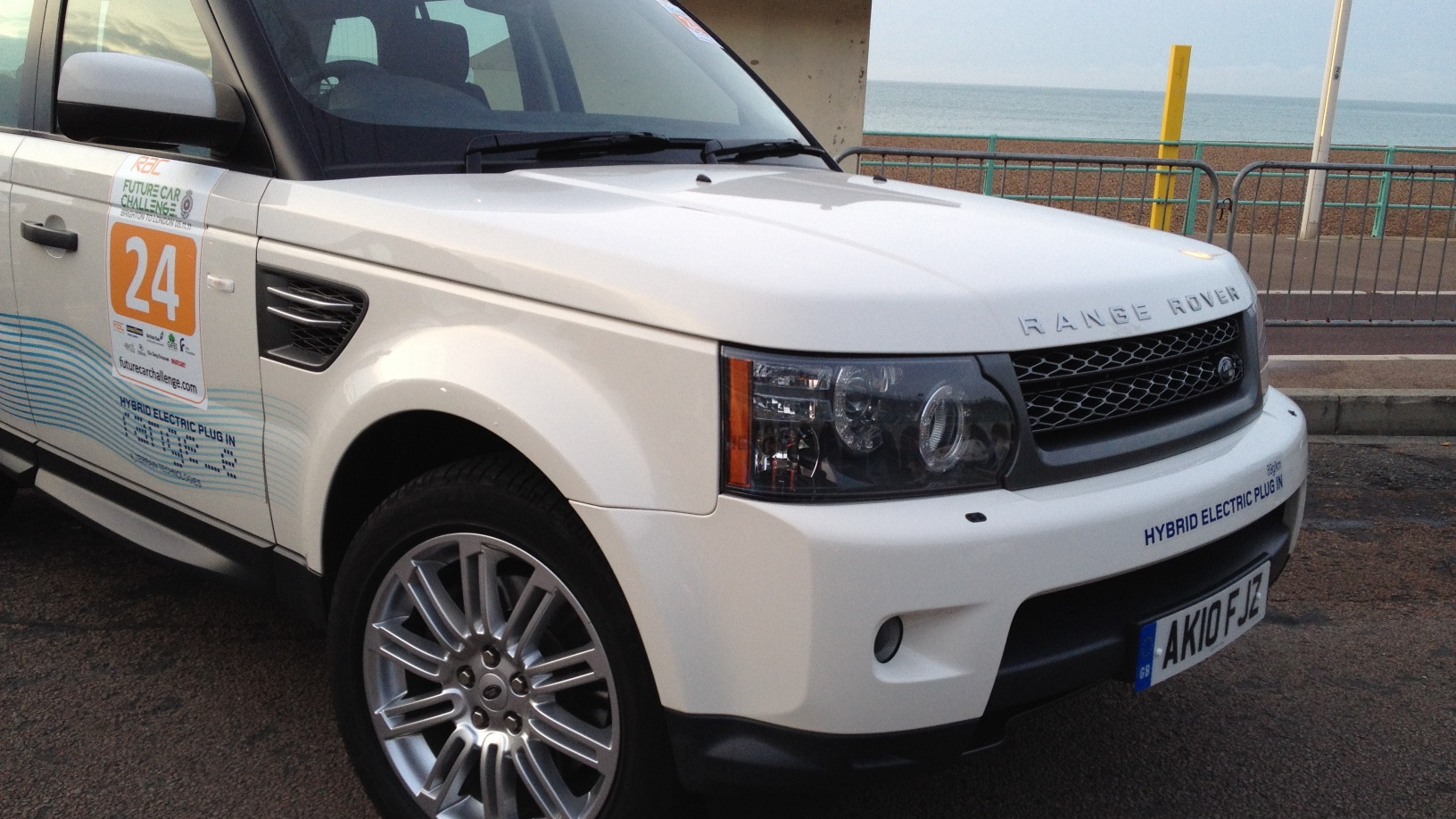 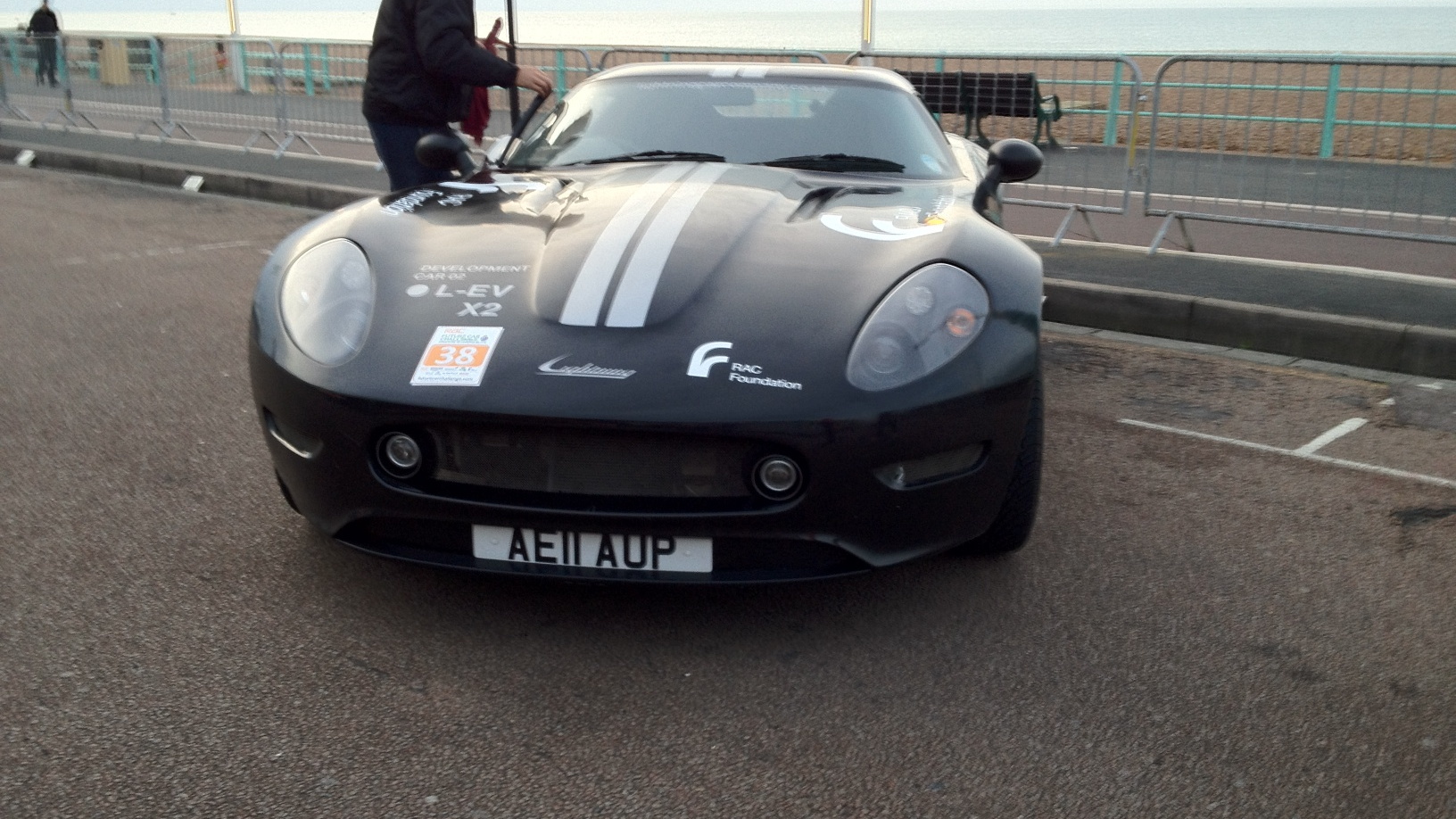 It may have just three seats, look like something from a science-fiction movie and have a forward-hinging front door, but the Gordon-Murray T27 Electric Car has just won the 2011 Future Car Challenge.

Held the day before the vintage vehicle run open to pre-1906 cars that has taken place between London and Brighton, England for more than 100 years, the RAC Future Car Challenge aims to promote green vehicles and economical driving styles over the 57 mile course.

Now in its second year, the Future Car Challenge paid host to sixty-five cars, ranging from one-off conversions through to production and prototype cars. Cars powered by electricity or hydrogen were fitted with data logging equipment to capture driving style and economy figures, while hybrid and plug-in hybrid cars were also fitted with equipment to measure exhaust gasses, emissions and particulates. 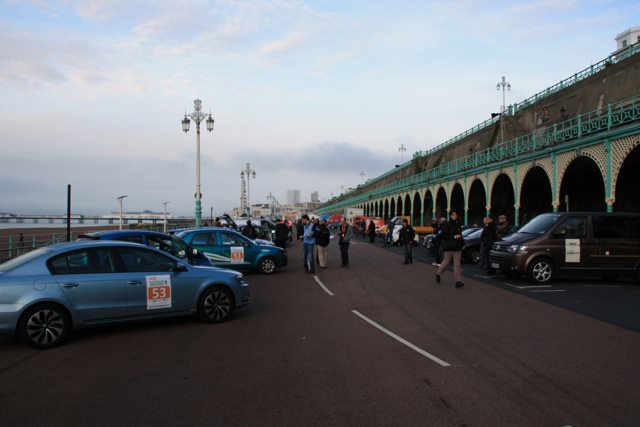 The overall winner? The car deemed to use the least energy to get from start to finish.

And that’s why the diminutive T27 -- a car that most consumers would feel as being too small or too impractical -- won both the title of Most Energy Efficient Small Car (prototype) as well as overall Future Car Challenge champion, claiming a second consecutive victory for Gordon-Murray design.

Winning by virtue of being the smallest, lightest car taking part, the T27 uses around 36% less energy than the 2012 Smart ForTwo Electric Drive, which won the title of Most Energy Efficient Small Car (production).

But while the T27 may have won the competition on paper, the People’s Choice Award was given to a slightly sportier car -- the Delta E4 Sports Coupe. It seems that while small may be eco-friendly, consumers want their eco-cars to be sexy too.

At the starting line, we walked around the display of competing cars to see a real variety of different makes and styles of car represented, most of which were either production or prototype cars from mainstream automakers that were capable of driving the entire 57-mile route at freeway speeds.

We hoped, unlike last year, that the high quality of cars taking part would meant that the trip from Brighton to London would take place at a reasonable pace. 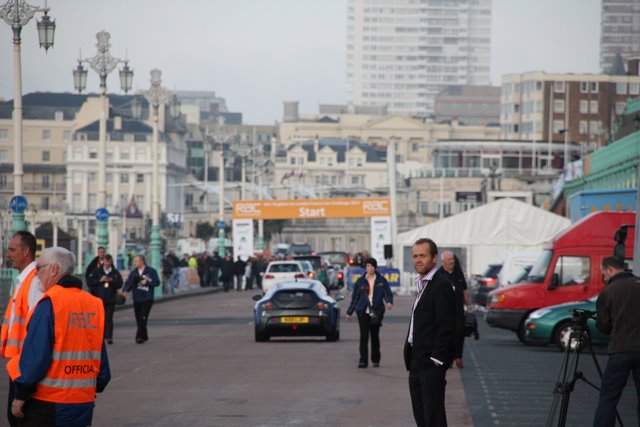 In an effort to achieve the best fuel economy possible, some contestants took economical driving to extremes, creating long queues behind them on single-lane highways through the English countryside.

At some points, this resulted in cars driving at no more than 20 miles-per-hour along roads with a posted limit of 60.

Taking part in our own 2011 Nissan Leaf, we were keen to ensure we didn’t perpetuate the  quite frankly dangerous driving styles of some of our fellow competitors. Instead, we tried to drive in way that saved energy where possible, but which didn’t hold up other road users.

As well as being downright dangerous, we found some of the driving styles adopted by some competitors to be bad for the image of green cars, perpetuating the myth that green cars are slow, boring and uninspiring.

What we did learn

By the end of our 57-mile trip, we’d passed many slower competitors as well as enjoyed a morning trip through the British countryside. With liberal use of the heater to stay warm, we arrived in London with an estimated 15 miles remaining -- pretty close to the 73-mile EPA range rating for the 2011 Nissan Leaf.

But ultimately, we learned that the best cars of the day weren’t those which earned prizes for being frugal: it was the production and prototype cars like the 2012 Nissan Leaf, 2013 Volkswagen Blue-e-motion, 2012 Chevrolet Volt, 2009 Mini E and many more that future and current green cars don’t have to be driven slowly in order to save fuel.