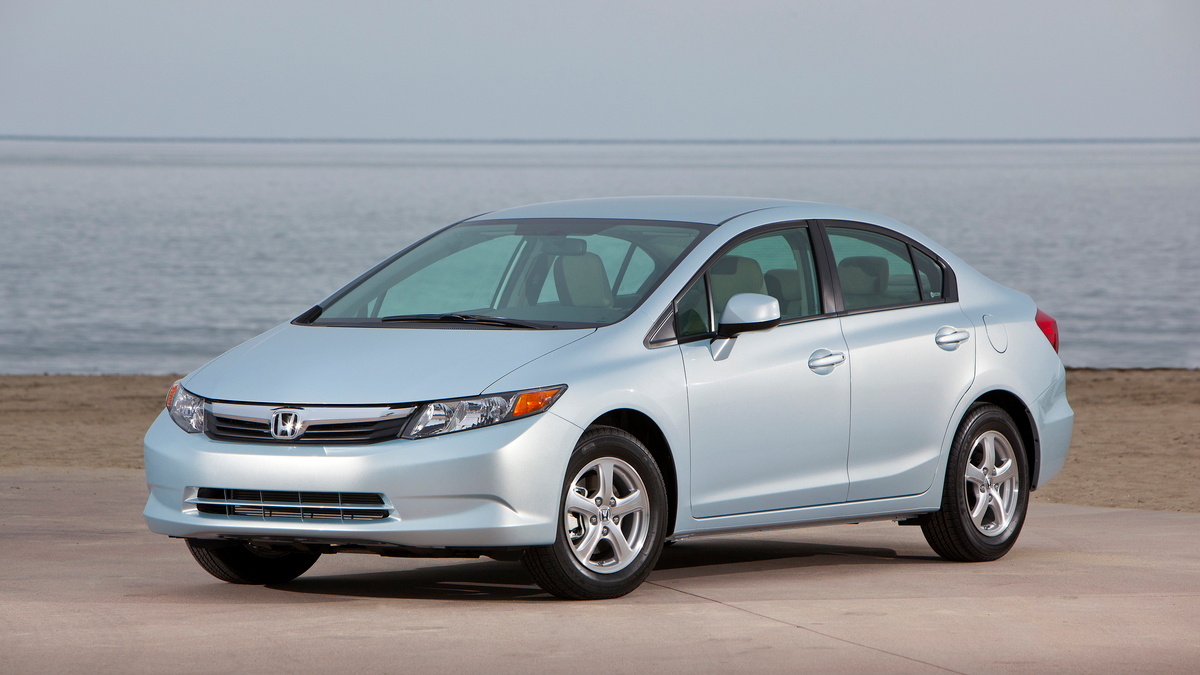 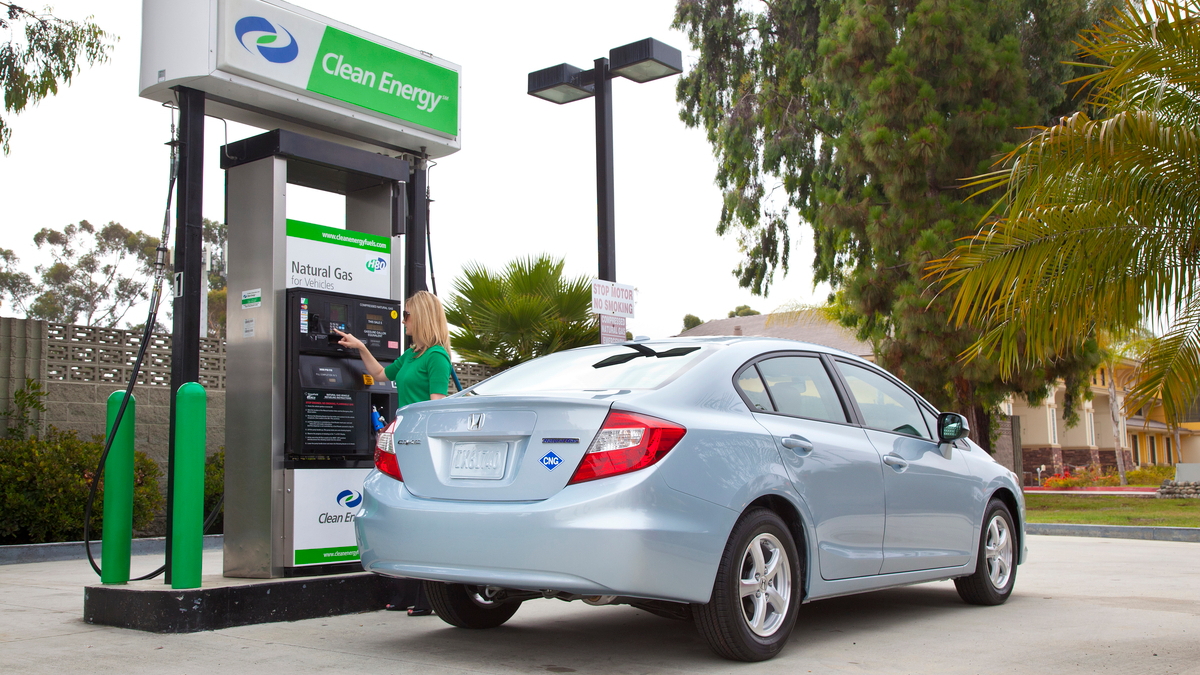 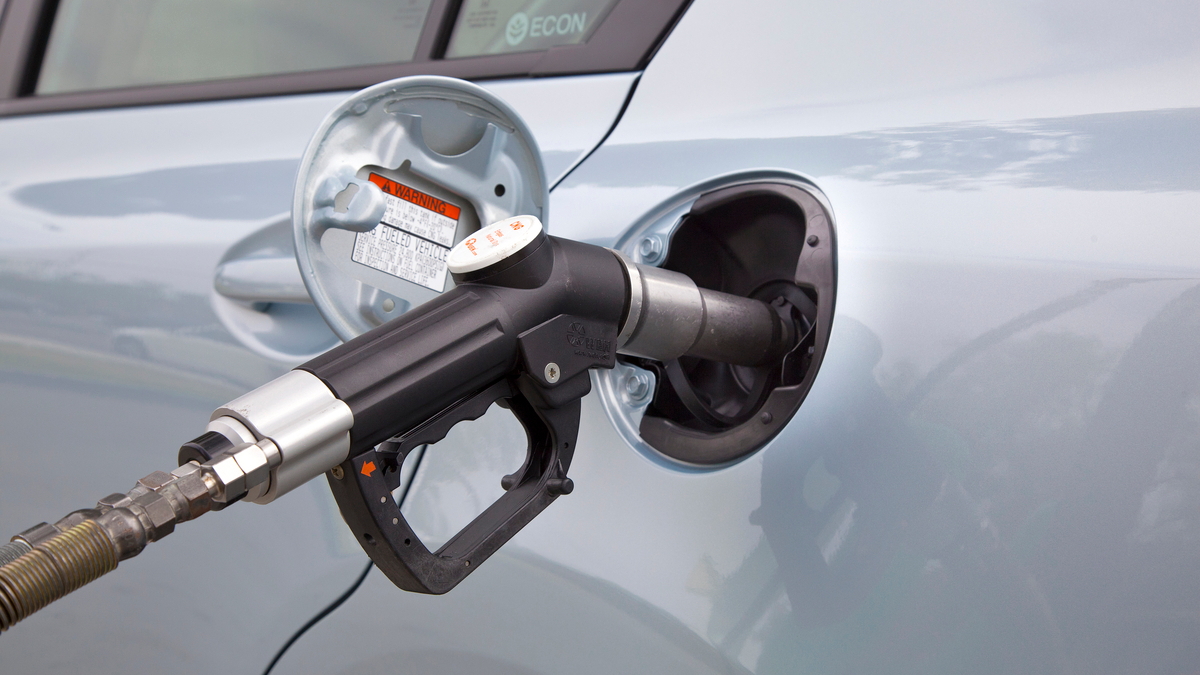 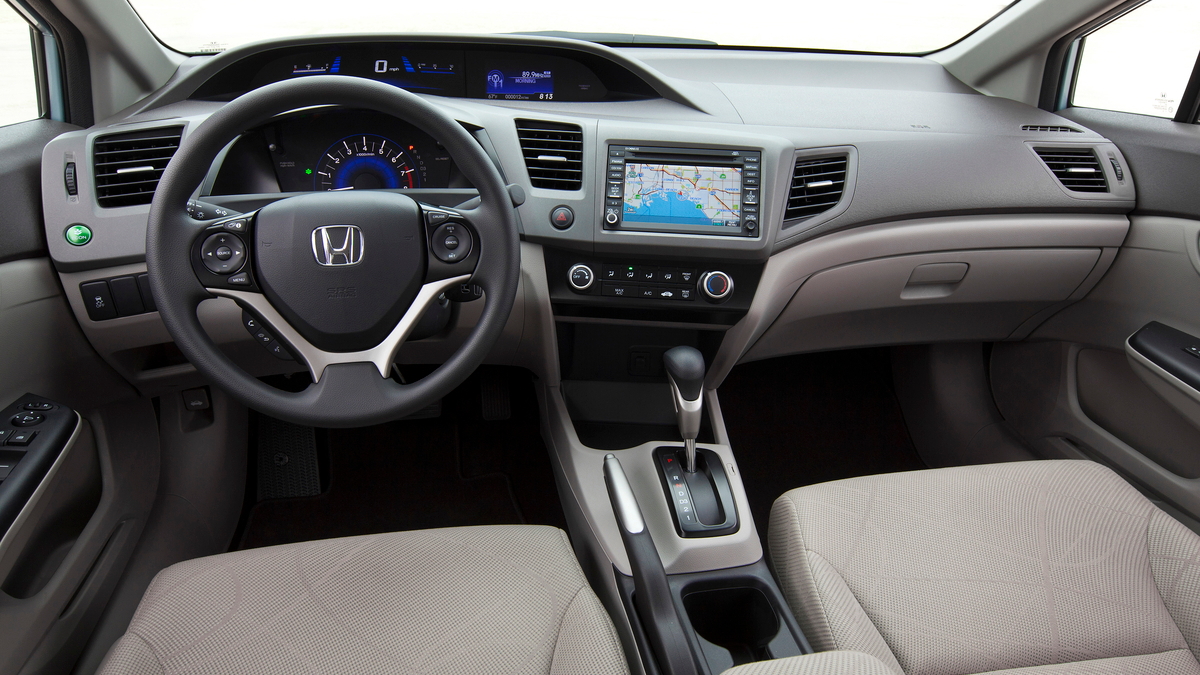 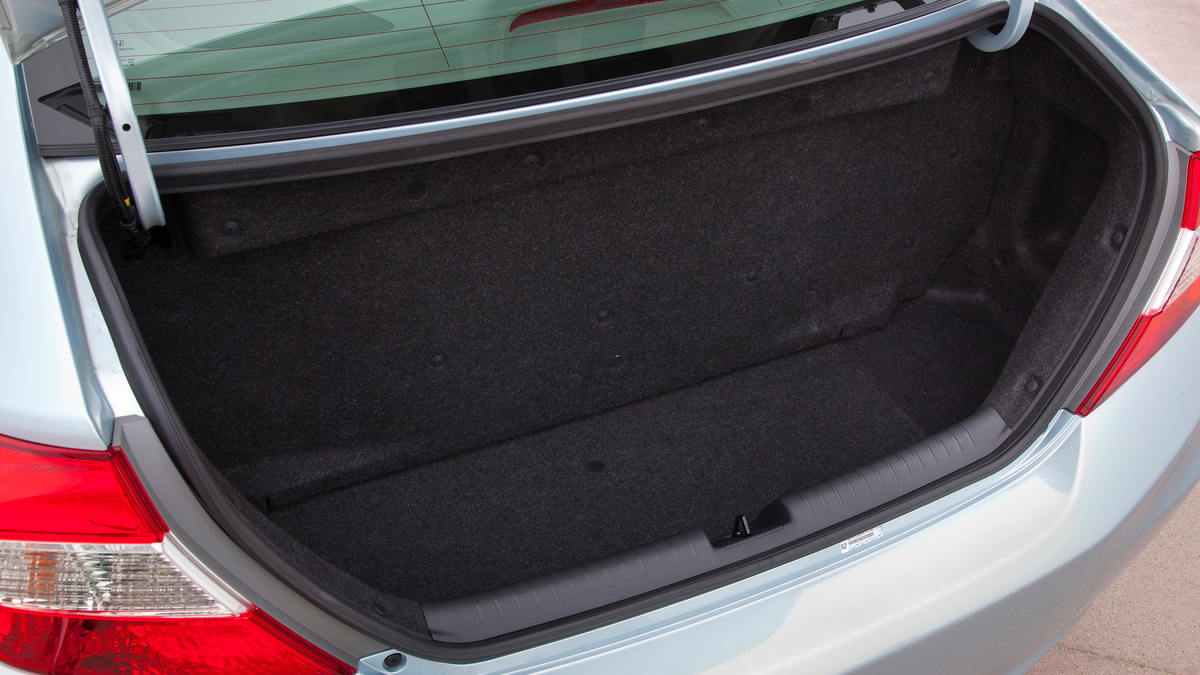 Honda released the bulk of its 2012 Civic range this spring, but one model lagged behind: the Civic Natural Gas, the all-new version of what had been called the Civic GX.

As the new name indicates, the 2012 Honda Civic Natural Gas runs solely on compressed natural gas. It's the only natural-gas passenger car currently on sale in the U.S. from a major manufacturer.

Now, Honda has priced the 2012 Civic Natural Gas at $26,155 for the base model, and $27,655 for the model with a navigation system. Total sticker cost will add to those prices a mandatory $750 destination fee on both models.

The 1.8-liter engine in the Civic Natural Gas has been modified to run on natural gas, and is paired with a five-speed automatic transmission. The fuel occupies a cylindrical tank that takes up about two-thirds of the sedan's trunk space.

As we learned during our road test of an earlier Civic GX, from behind the wheel, drivers simply won't know that they're not running on gasoline--until they go to refuel, anyhow, since they have to do that every 150 to 170 miles.

The natural-gas Civic model qualifies for a special sticker in California that will let it travel in High-Occupancy Vehicle lanes with only a single occupant, a privilege that recently ended for 85,000 owners of three different hybrids (including earlier Civic Hybrid models).

The EPA has certified the Civic Natural Gas as the cleanest vehicle with an internal-combustion engine it tested for the 2012 model year.

While Honda and the EPA release "gas mileage" figures for the Civic Natural Gas, they are based on a calculated "equivalent MPG" measure. The more important figure for drivers--beyond that HOV-lane sticker for Californians--is that fueling on natural gas costs about one-third less per mile than burning gasoline.

To get the nod to sell natural-gas cars, dealers must be able to service the fueling system, and there must be adequate natural-gas fueling stations in their state or region. Sales of the Civic GX had been restricted to California, Oklahoma, New York, and Utah.

The 2012 Honda Civic Natural Gas will go on sale at roughly 200 qualified Honda dealers in 38 states on October 18.