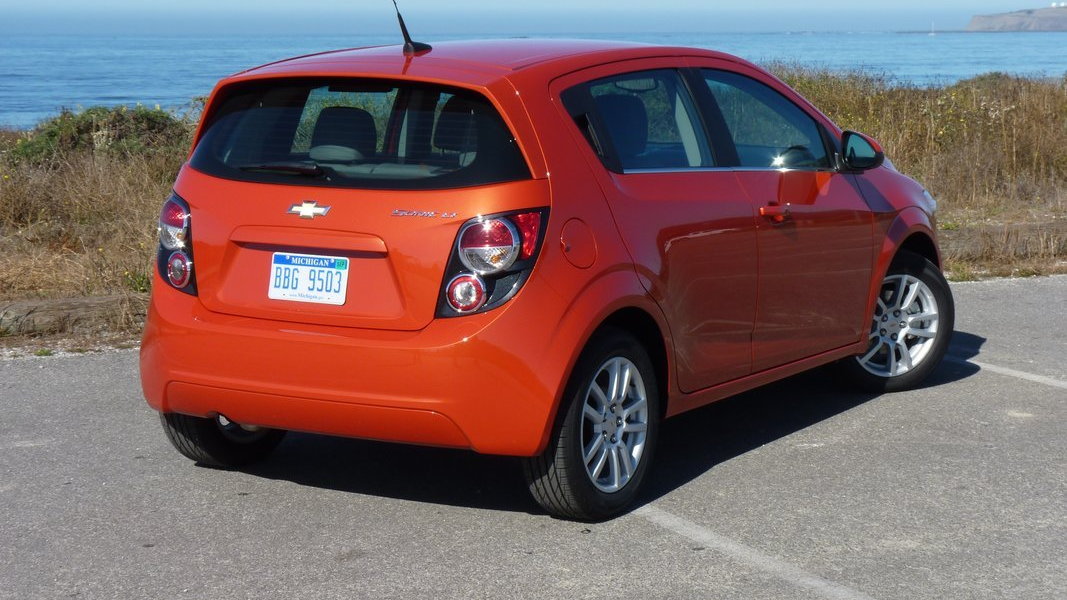 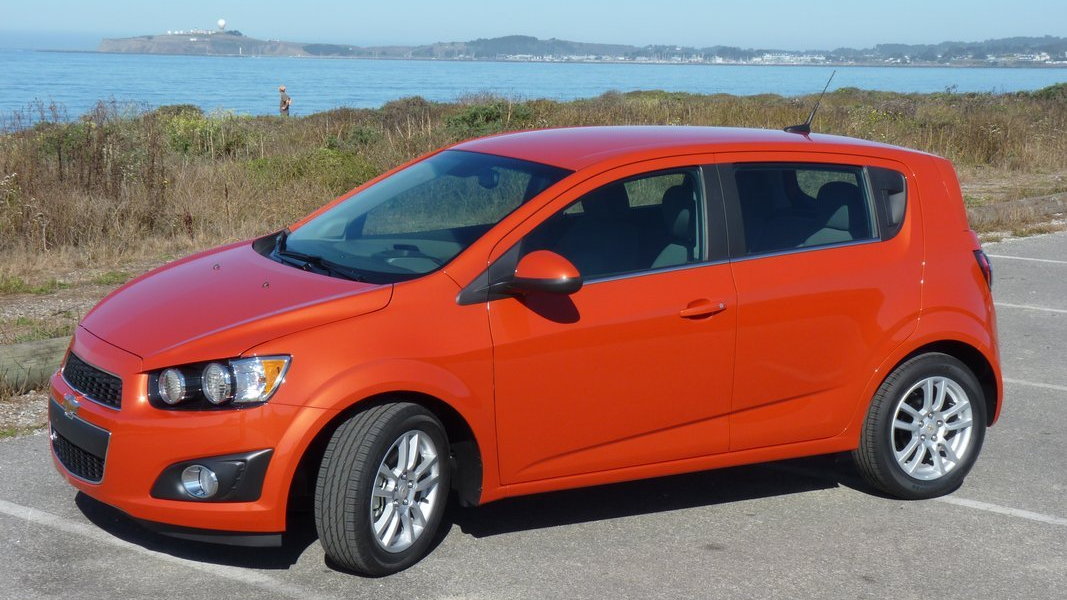 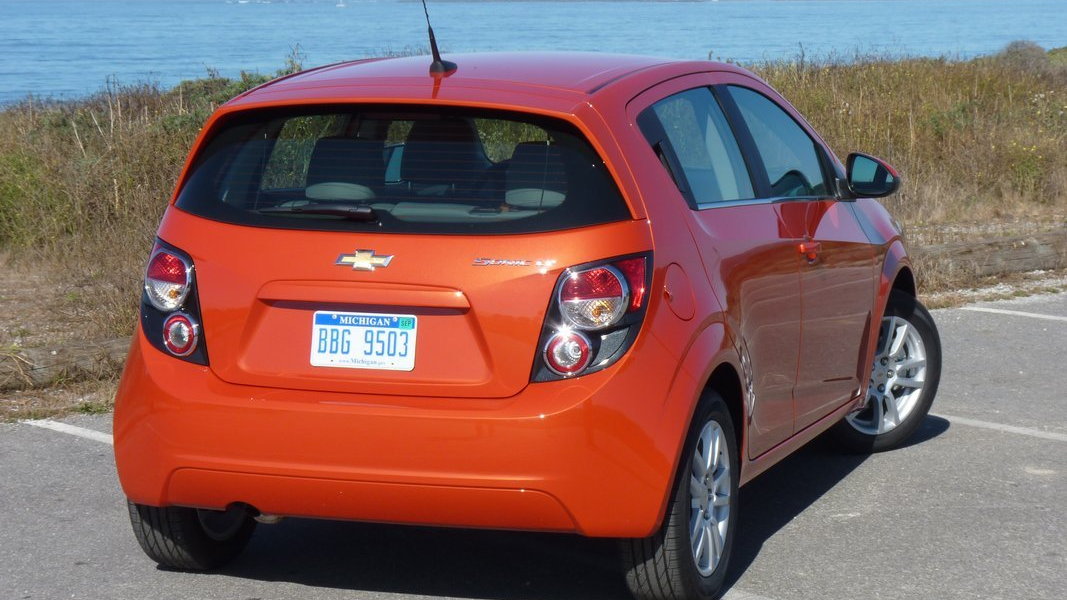 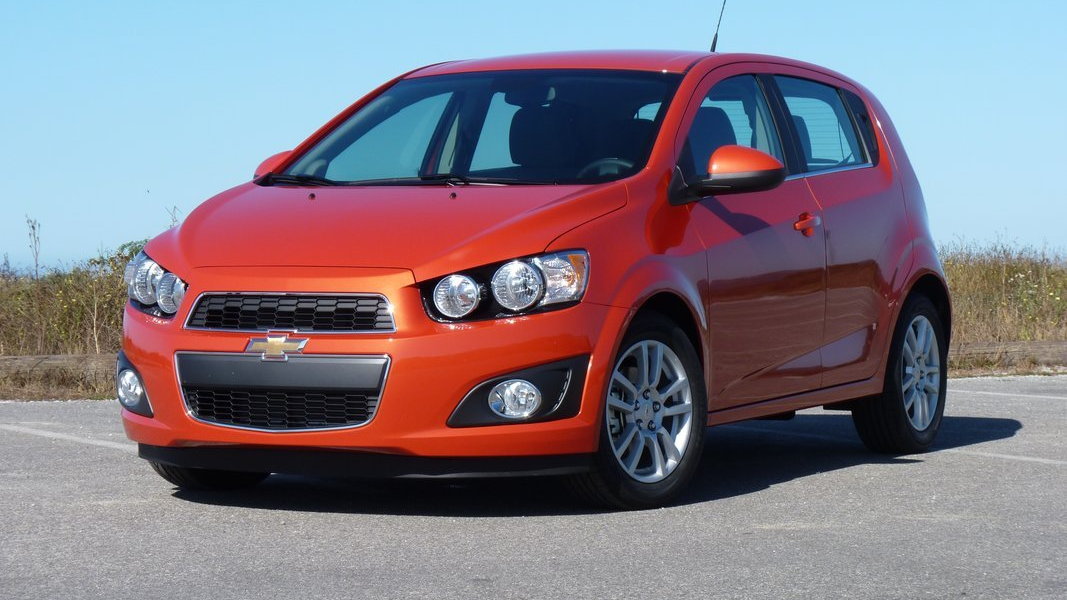 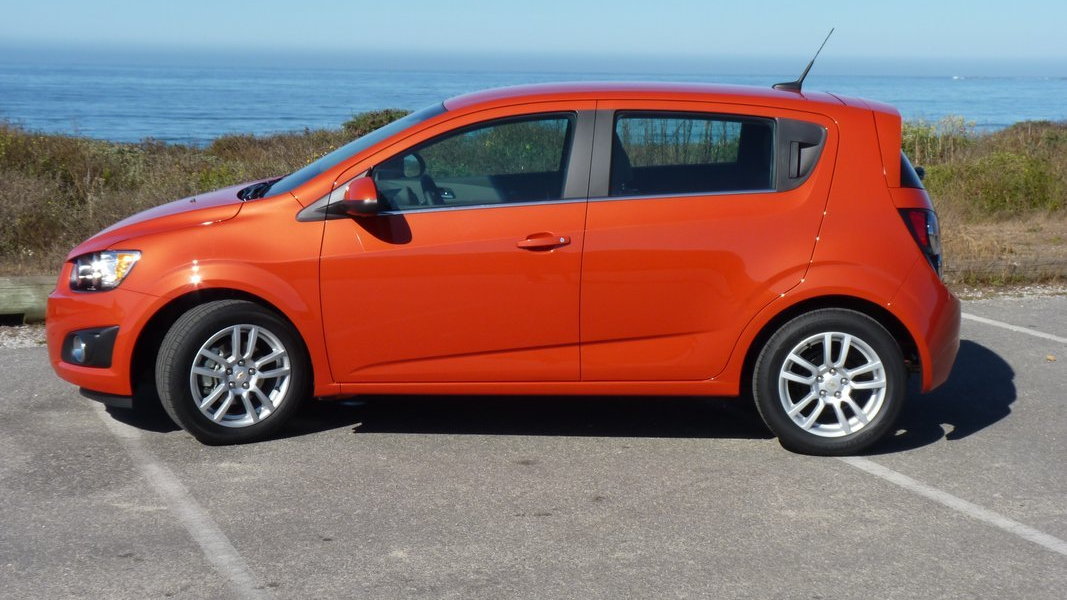 With an all-new global platform, the new 2012 Chevrolet Sonic is a completely different car than the Aveo it replaces. While the Aveo was one of our lowest-rated cars, with sluggish performance, subpar safety, and disappointing gas mileage, the new Sonic's platform is stiff and rigid, with nearly 60 percent high-strength steel; and its powertrains—a naturally aspirated 1.8-liter and a turbocharged 1.4-liter—are poached directly from the Cruze compact sedan.

Perkier than Cruze, but no Eco

Since the Sonic weighs a few hundred pounds less than the Cruze, that translates to a perkier driving feel. Both engines make 138 horsepower, but the available 1.4T produces more torque, much lower in the rev range. The Michigan-made 1.4T also feels smoother and quieter; the 1.8-liter model moves nearly as quickly, but it becomes boomy when pushed.

Fuel economy is another reason to opt for the 1.4T—a $700 option on most of the lineup. While lower-level Sonic models with the 1.8 will return 25 mpg city, 35 highway with the new six-speed automatic or 26/35 with the five-speed manual (perhaps the only carry-over from the Aveo), the Sonic gets a much better 28/40 with its new six-speed manual. And it's expected to also hit 40 mpg on the highway with the 1.4T and six-speed automatic, a combination that will be out late this calendar year.

What's not part of the lineup at this point is a Chevrolet Sonic Eco. And, according to Chevrolet officials, it likely won't ever arrive.

Why? At higher speeds, shape matters more than weight, to some extent, and shorter cars the Sonic's length (particularly the shorter hatchback) have less favorable aerodynamics than longer ones at highway speeds. So even though the Cruze is several hundred pounds heavier, it was easier to get that 42-mpg highway rating out of the Chevrolet Cruze Eco than it would be to meet that figure in a Sonic Eco.

What we saw in our first extensive drive, in the San Francisco Bay area this past week, was promising. In driving that wasn't very eco-minded—stop-and-go through S.F., then out Highway 1 and into the mountains above Half Moon Bay and near Santa Cruz, we saw about 28 mpg in an automatic 1.8-liter car. Then on a similarly twisty route, down then back up along Skyline Drive, and along Bay Area freeways, we averaged 33 mpg in a 1.4T Sonic.

Part of what makes the 1.4T return such good numbers, we suspect, even when you're driving rapidly, is that its electronic throttle is programmed to dull (or smooth, to use a kinder word) the engine's response when you rapidly dab in. We also noticed that when you're below 3,000 rpm—as you should be most of the time, as a mileage-minded driver—there was noticeable turbo lag of a full second or two. Once you learn to 'trick' the system a little bit—by pressing a little harder, and letting up when the boost comes on—the Sonic becomes more fun to drive, and we liked its well-weighted electric power steering and well-tuned suspension.

It's no enthusiast setup, but it's far more charming on a twisty road than you're likely to suspect—and just a frugal 1.4-liter the rest of the time. And adding to the ride, handling, and refinement is that alloy wheels are standard across the model line—quite the value in a cheap subcompact.

The Sonic's interior is also very well designed, with space enough for four adults, provided none are much over six feet tall. Seats are far more comfortable than the dreaded perches in the Aveo, and we took a liking to the instrument panel, which includes both a swoopy, wrap-around look combined with a straightforward, V-shaped center stack. Then there's the motorcycle-inspired gauge cluster, with its digital speedo and big sweeping tach.

About the only part of the Sonic's package that we didn't end up liking so much was the hatch's rather high cargo floor, which looks very space-inefficient next to the Honda Fit. But there is a 'hidden' compartment under the rearmost cargo area, good enough for a laptop bag. Cargo space in the Sonic sedan is jaw-droppingly good, though; a colleague called it a two-body trunk.

Overall, based on our short first drive, we can say that the Cruze was no fluke. The new Sonic catapults GM toward the head of the subcompact class, too, with a stylish sedan and hatchback that feel smart and sensible—and not nearly as cheap as they're priced.