When the second ever 2011 Chevrolet Volt made rolled off the production line at General Motor’s Detroit Hamtamck facility last year, it was destined to be auctioned off in order to help raise funds for the public school system in Detroit.

In that particular auction, a brand-new Chevrolet Volt was auctioned off to the highest bidder in aid of a charity -- but what happens when a Chevrolet Volt becomes the donated gift from an anonymous benefactor?

Covering events at last weekend’s Green Drive Expo in Richmond, CA, Autobloggreen reports that during the event an anonymous woman stood up to share the news that she had purchased not one, but two, 2012 Chevrolet Volts, giving one away to a low-income family.

Motivated by the start of the Iraq war in March 2003, the woman said she decided to find an alternative solution to her transportation needs which didn’t rely on oil. Initially, that solution came in the form of a tiny electric scooter and a set of photovoltaic solar panels on the roof of her home.

“I used to fall off the Zapino all the time,” she recalled. “But this year, I felt good enough that I said ‘That’s it.’ That got me off the scooter and into the next phase, [buy a plug-in] car and give it away to a family in need and get them off expensive gasoline.” 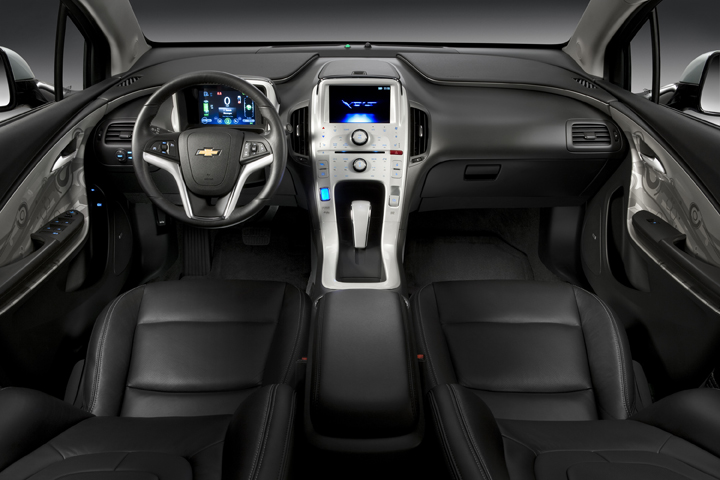 After finding a family she felt would benefit from the car -- a family of five in need of a new car -- the anonymous donor went to her local dealer and handed over her hard-earned cash for both cars.

But it wasn’t just a case of handing over the $40,000 car and moving on with her life. In order to permanently become owners of the donated car, the lucky recipient family had to achieve an average fuel economy equivalent of 75 miles per gallon during the first three months -- or the car would go to someone else.

“They came in at 146 mpge,” she told Autobloggreen. “I mean, they just completely shattered the challenge. I have a Volt, and I’m at 70 miles to the gallon.”

Both donor and recipients remain anonymous, so what caused the act plug-in altruism?

According to the donor, it wasn’t about green credentials, but cleansing her guilt about the Iraq war.

“I needed relief from that guilt”, she said. “I’m done. I feel at peace. Although I will never forgive or forget what we’ve done, I can kind of move on now. I needed this.”

We think it’s great that someone has the funds and charitable inclination to give away a plug-in hybrid to a family in need but we have to be a little perplexed. If a gasoline-fueled war started her guilt, why didn’t the anonymous donor give away an all-electric car?