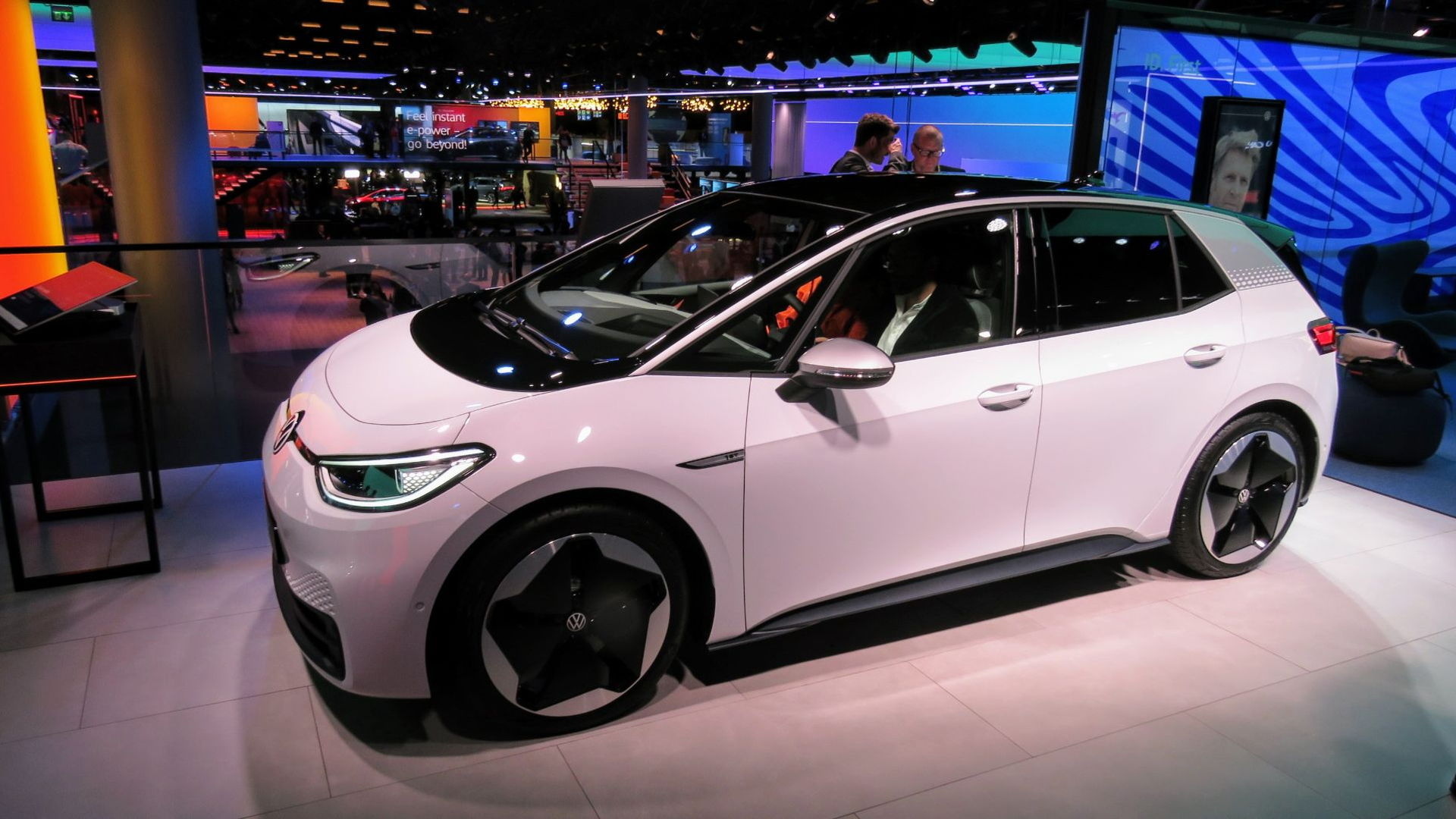 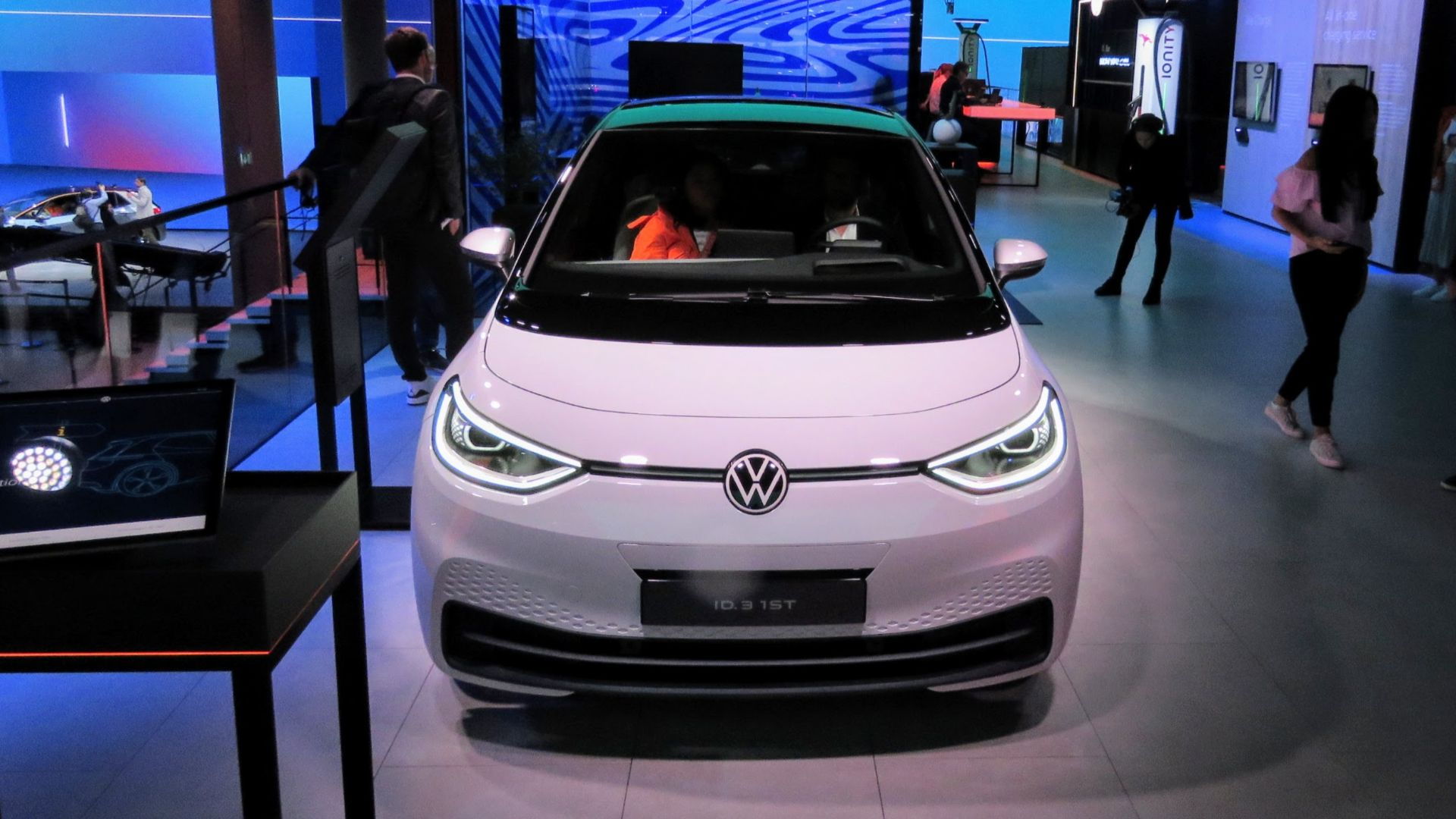 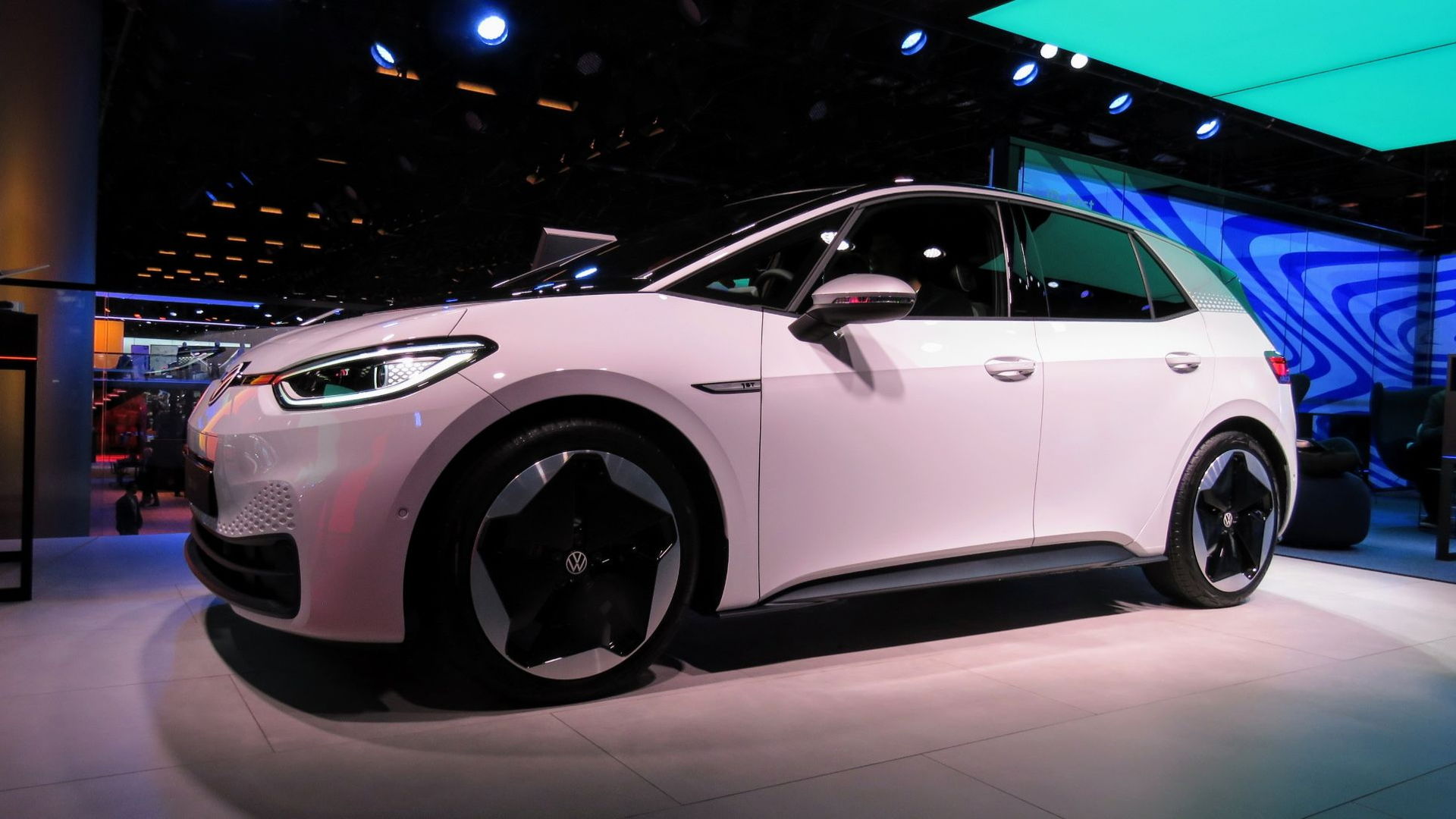 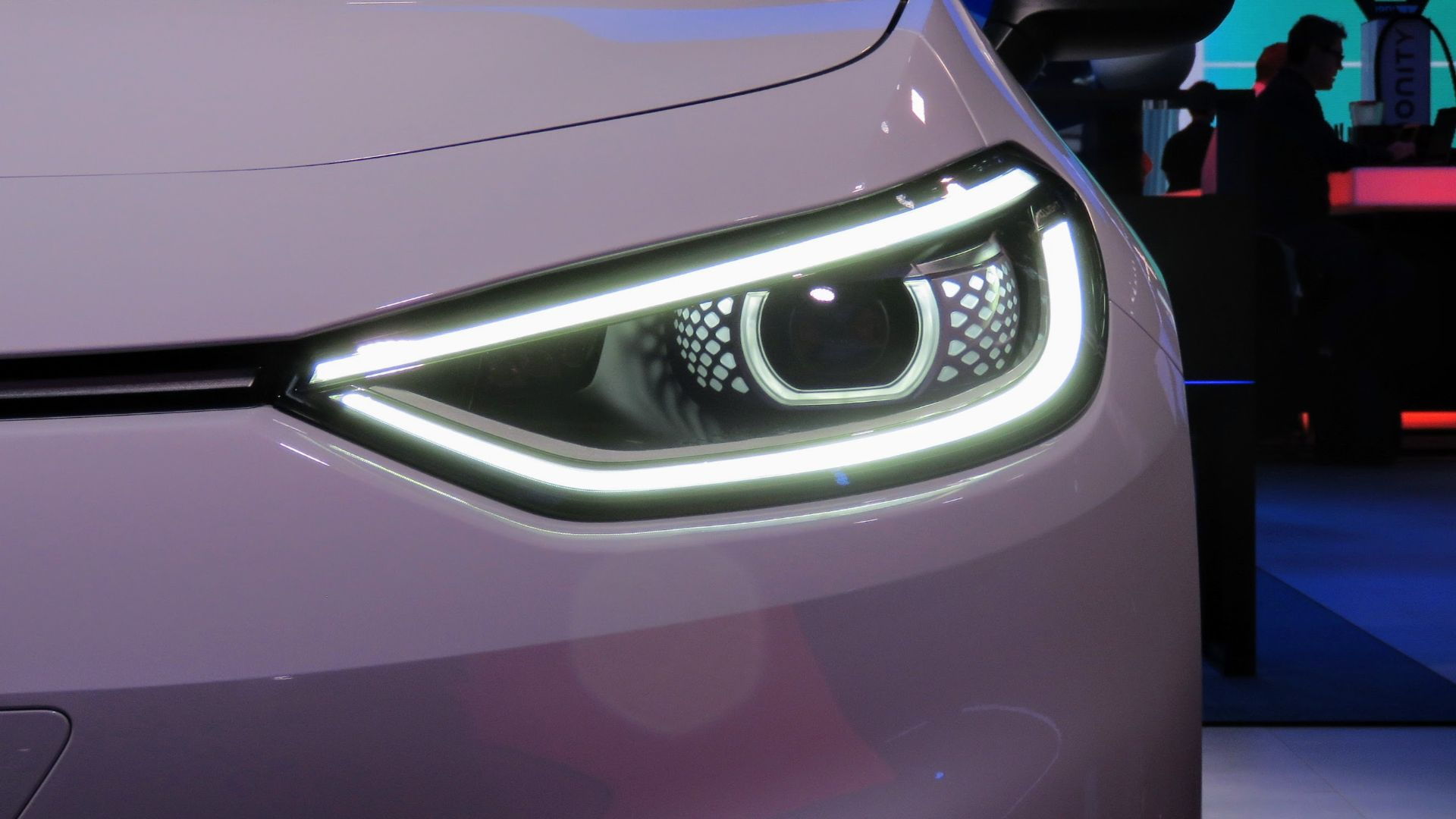 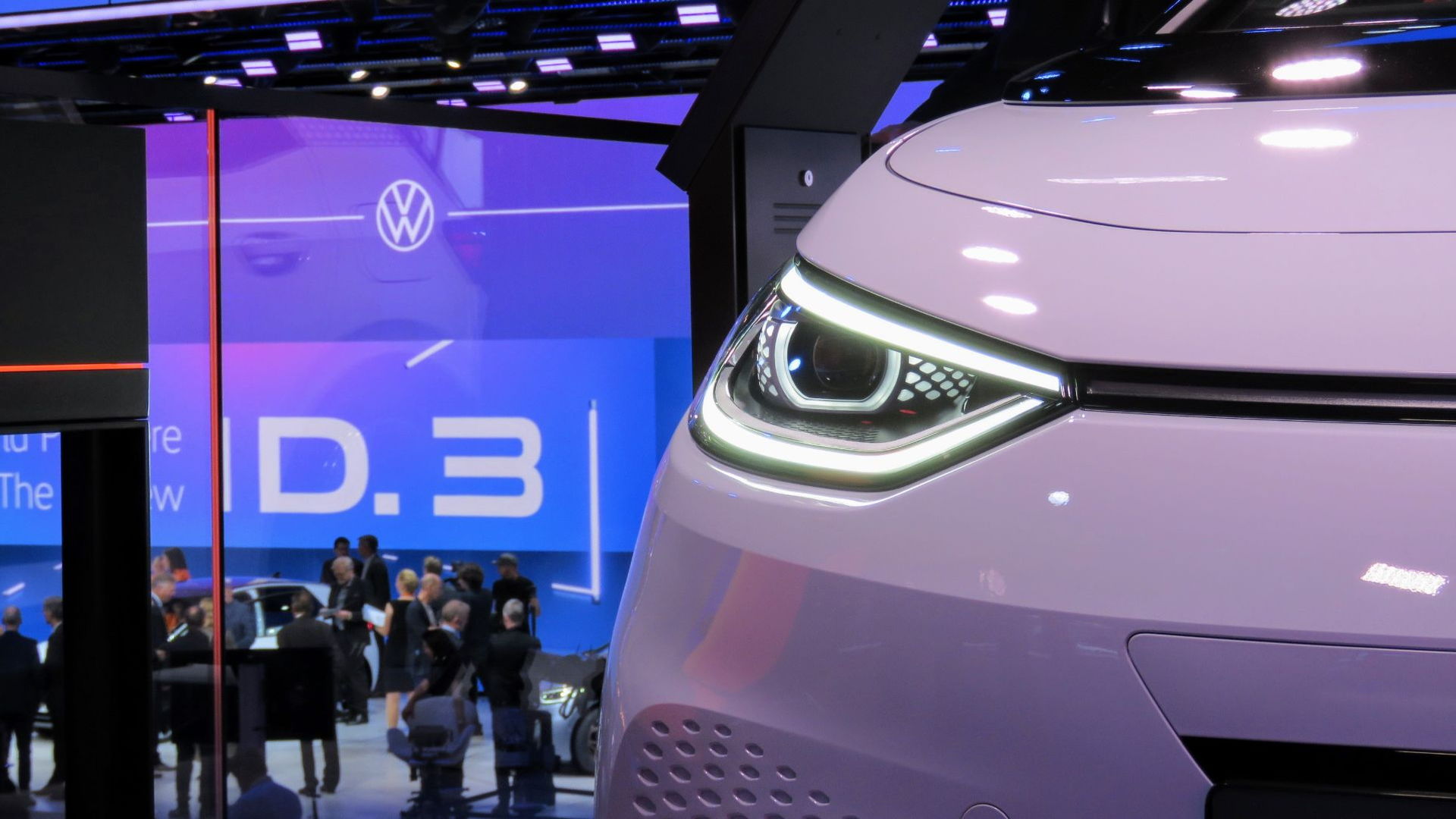 Four years since the start of a scandal that forever changed it, Volkswagen has made its strongest move yet to putting that era behind it. On Monday VW revealed the production ID 3, the first of what it hopes will be many millions of vehicles built on a dedicated fully electric platform.

Although details are mostly unchanged from when Volkswagen started taking deposits this May, this was the first look at the ID 3’s full design and styling, how people and cargo fit, and its user interface.

The ID 3, which won’t be sold in North America, is nearly Golf-sized, although in person its low, rather short hood and generous greenhouse combine to make it feel more spacious than the current Golf.

From a fundamental design and interface standpoint, the ID 3 isn’t something polarizing and radically different. Doors have conventional pulls, and the driving switchgear isn’t all that distant from that in VW’s current vehicles. Driver outward vision looks great. The cargo floor is flat, with folding seatbacks, and there looks like decent space for four inside.

The ID 3 versions currently on display at the Frankfurt auto show feature a bright, colorful reconfigurable gauge cluster, plus a big 10.0-inch touchscreen. Volkswagen claims that the ID’s interface accepts natural-language voice commands—with “Hello ID” the activation words here. One surprise is an available head-up display, and Volkswagen teased several features in the touch screen, such as the 10-inch touchscreen in the middle of the dash has something called ID Light that helps prompt the driver for actions like stopping and turning.

VW again confirmed that the ID 3 will be available at its market launch in three different liquid-cooled battery capacities (and respective ranges): 45 kwh, 58 kwh, and 77 kwh. Each of those numbers are net usable energy content, so it corresponds to the 48 kwh, 62 kwh, and 82 kwh of sum cell capacity that VW had earlier outlined.

For Europe, the electric-car family will be built at VW’s Zwickau facility, a plant that has been revamped to be supplied by sustainable power, and it will be available with a range of home energy products from VW’s Elli subsidiary. The 1ST model will include a year of charging, for up to 2,000 kwh, on the Ionity network of DC fast chargers, which is best compared to Electrify America.

Volkswagen has made some slight adjustments to the timeline for the ID 3. First deliveries of the model wouldn’t be made until mid-2020. That’s just before a somewhat larger crossover model, built on the same underpinnings but thought to be a better fit for the U.S. (and based on the ID Crozz concept), will arrive here.

Volkswagen says that the VW brand alone will invest about nine billion euros in electric mobility by 2023 and make more than ten million EVs over the next 10 years. With the first one now officially out, the new chapter has started.