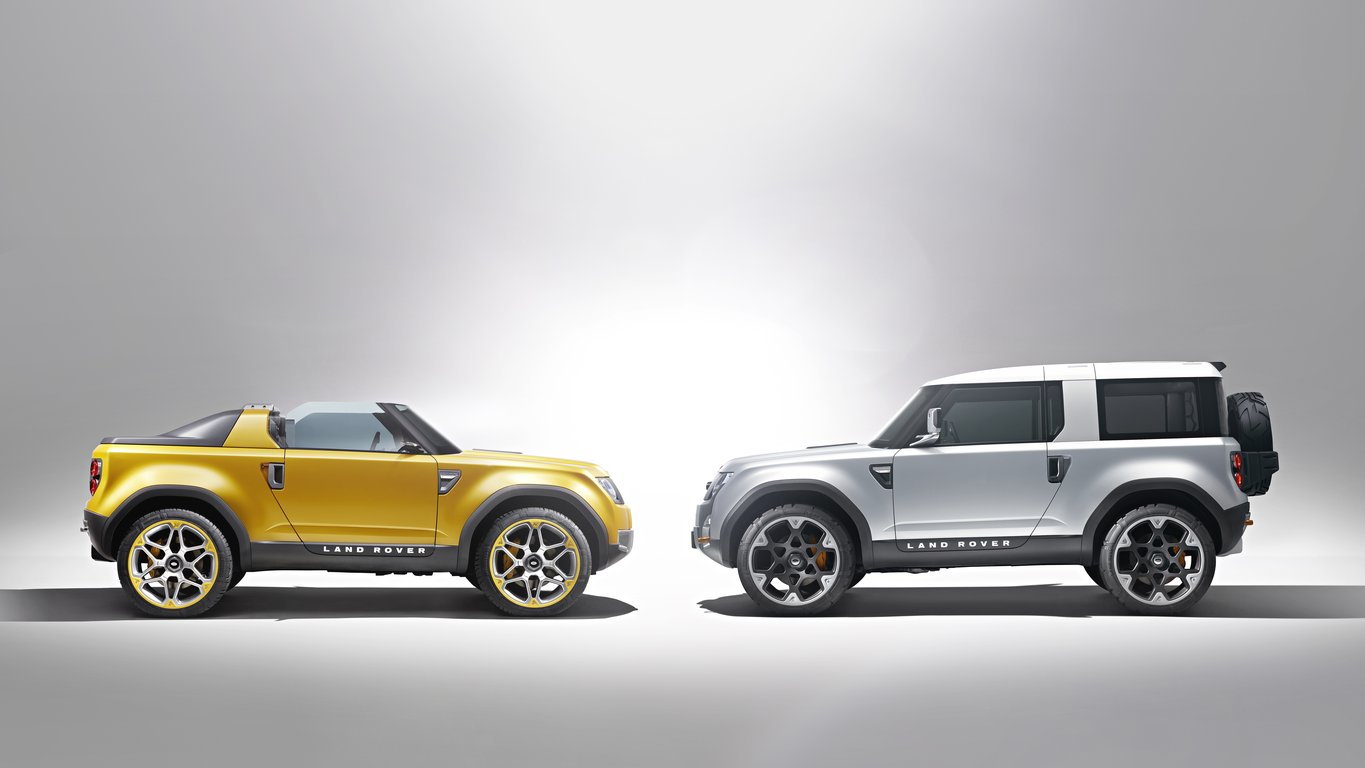 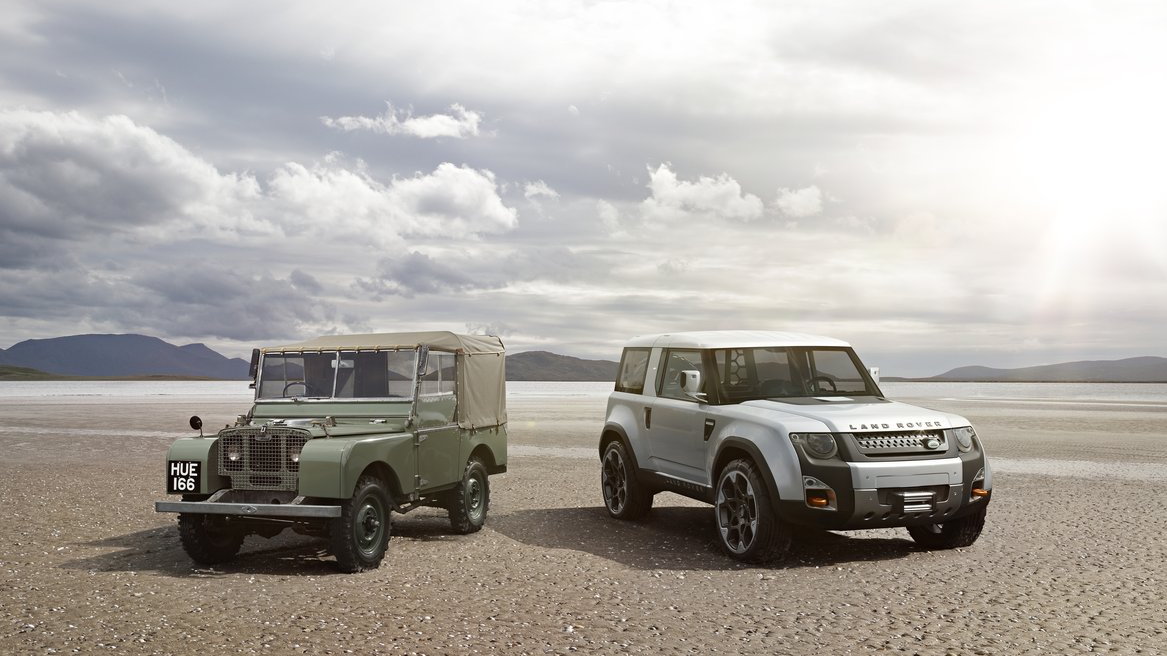 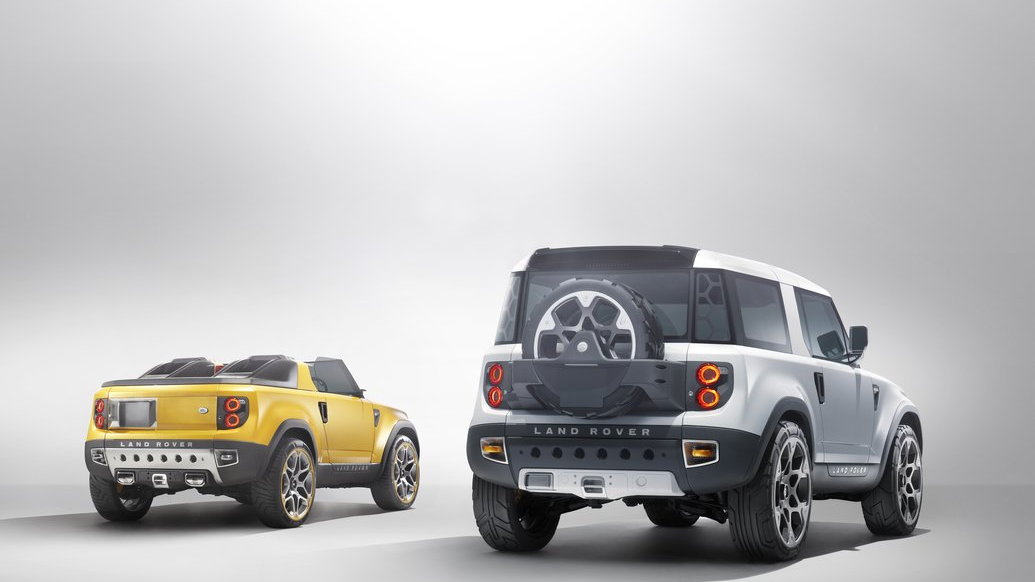 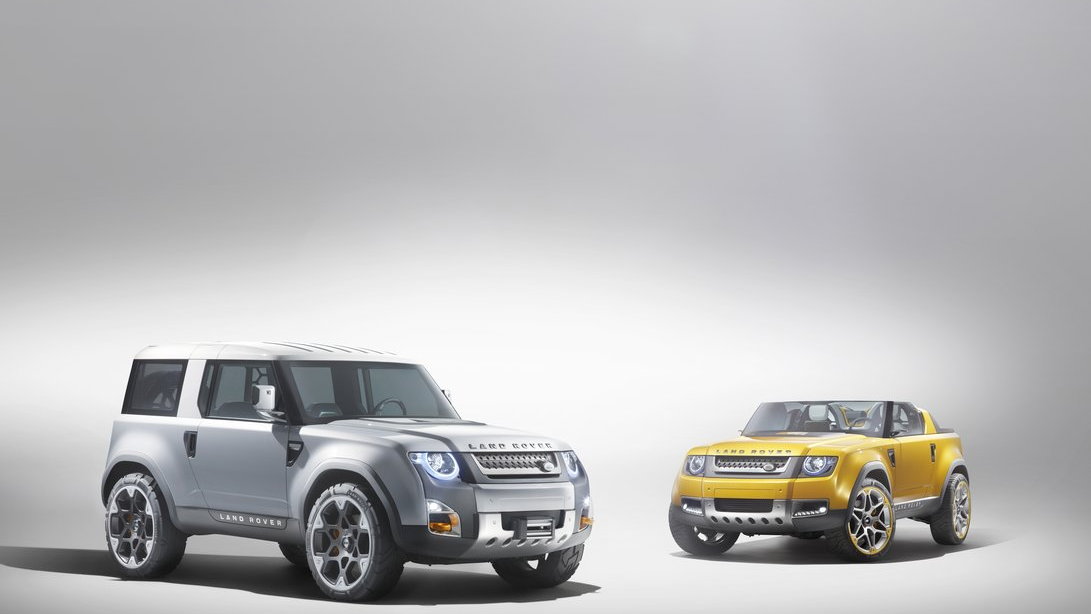 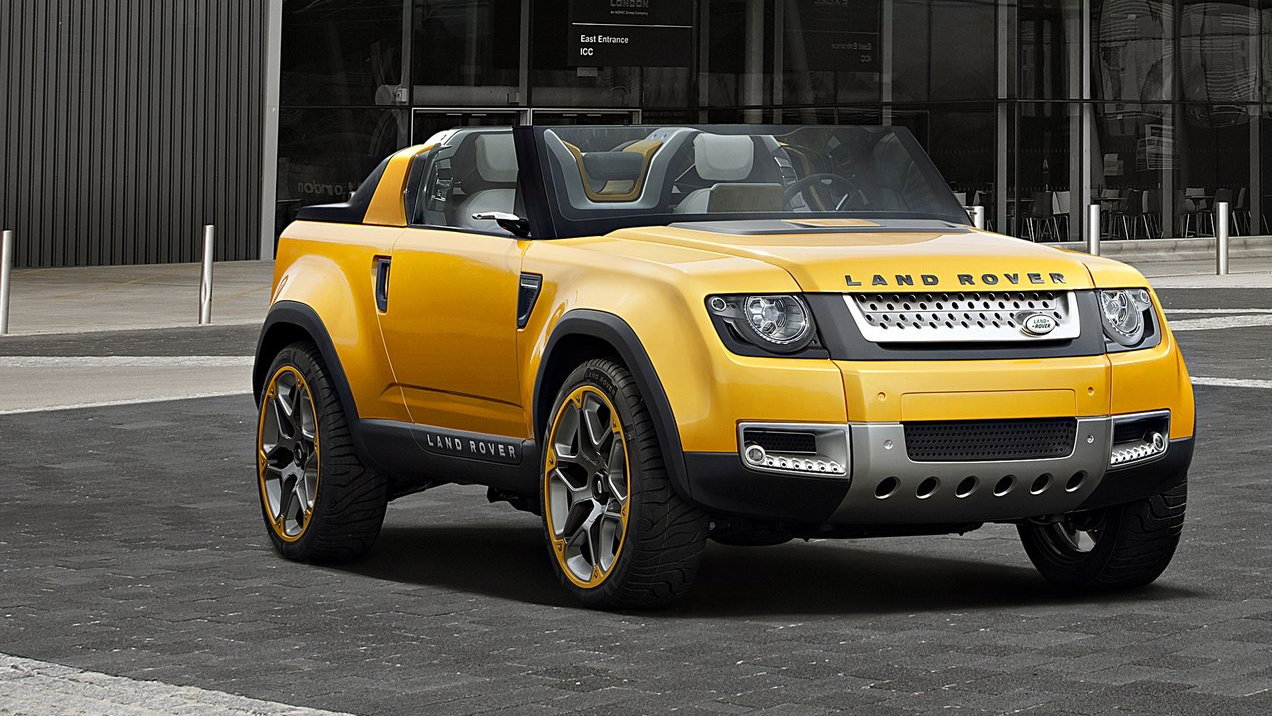 Tough, simple, and military-oriented, the Defender line of SUVs played an important part in establishing Land Rover as a global go-anywhere workhorses. Now, on the floor of the Frankfurt auto show, in a follow-up to the concept images that were teased last week, Land Rover has officially revealed its DC100 Concepts—which show the essentially elements of the next Land Rover Defender.

Penned under design director Gerry McGovern, the DC100 Concept boxy yet modern, and clearly has a mission that's very different than the more city-oriented Evoque, as a sturdy, off-road-oriented Land Rover. Meanwhile, the second DC100 concept, the DC100 Sport adds a little more fun, a la the Jeep Wrangler. According to Land Rover, it's "an active expression of freedom and adventure," with a cut-down windshield and more fastback roofline that's altogether inspired by the early canvas-roof Defender models. Finished in metallic amber and said to mimic the "vibrant ochre hues found in Africa."

Just like the DC100, the Sport comes with a three-across front seat (with a hidden storage bin under the middle seat), a new Wade Aid feature to help judge water-fording capability, and a next-generation version of the company's Terrain Response system that incorporates a smart camera-based system to help visually determine the right parameters. As with other Land Rovers, the DC100 rides on an air suspension and can vary ride height by up to 12.6 inches.

While the DC100 comes with a 2.0-liter diesel four-cylinder engine, which should provide good gas mileage, while the DC100 Sport instead has a 2.0-liter gasoline four and is a little sportier on the road. But in both vehicles, the configuration allows plug-in or parallel hybrid configurations. A torque-vectoring system helps maximize stability on the road; and to help increase gas mileage, a so-called Driveline Disconnect system would help disconnect the rear wheels—completely decoupling the rear propshaft—until four-wheel drive is needed. Engine start-stop is also included, while an eight-speed automatic transmission (with steering-wheel paddle-shifters) handles the shifting with either engine.

There's also a feature called Adventure Key, which lets you embed the key into watches or wristbands while leaving the main keyfob in the glovebox. And like Ford's MyKey system, the concept has key smart tages that can be assigned to members of the family, allowing personalized settings and even power and speed restrictions. Another familiar technology on board the DC100 models is Park Assist, which will steer the vehicle into a parallel-parking space.

One other interesting feature, likely kept to these concepts and not a production vehicle, is a deployable spiked-tire system, which electro-mechanically fills a separate chamber with air, pushing spikes outward to help grip snow and ice.

This is strictly the first concept for an all-new Defender, so don't expect all of this in the production vehicle. But browse through the galleries here to catch a glimpse of a production model due for model year 2015.