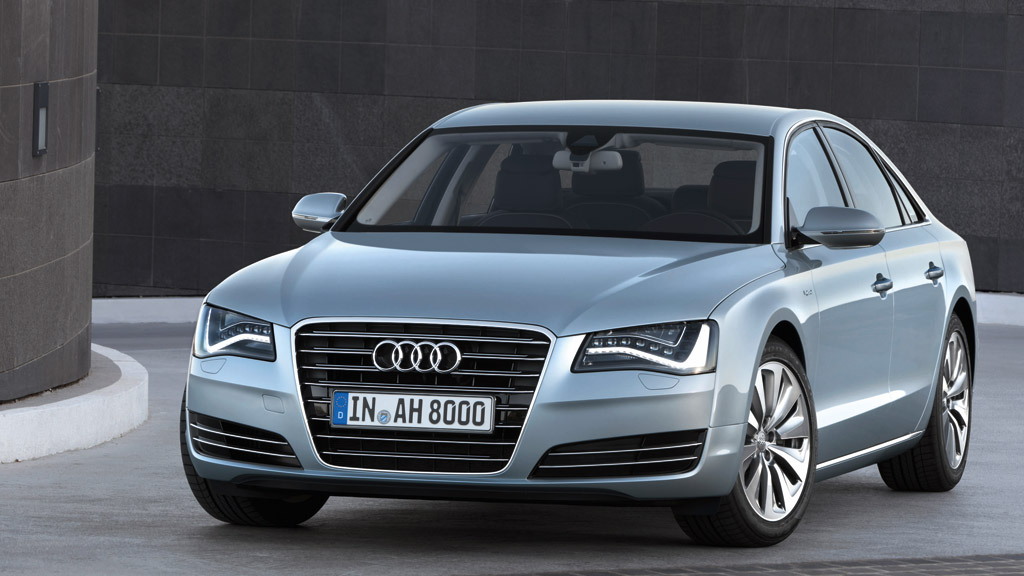 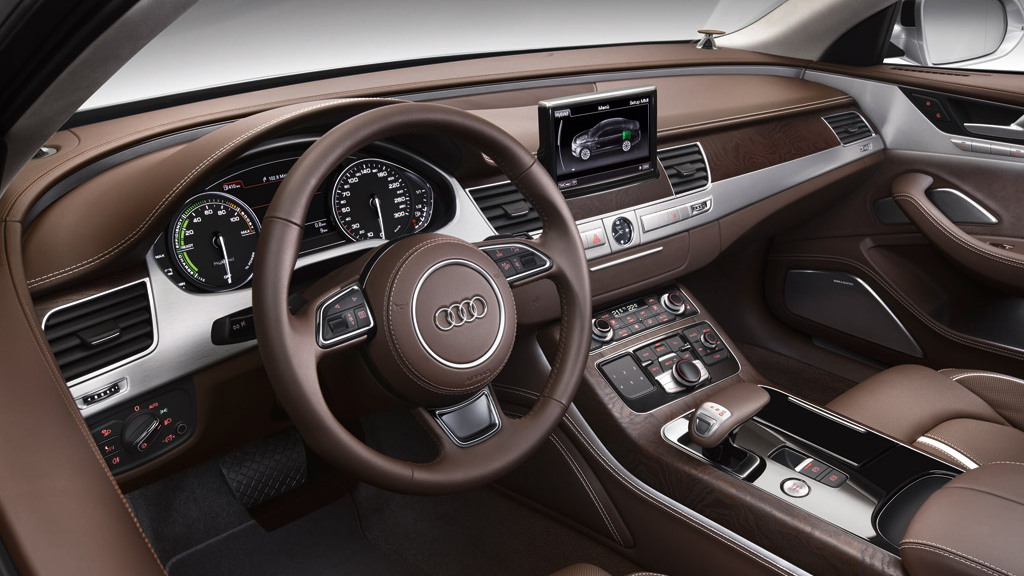 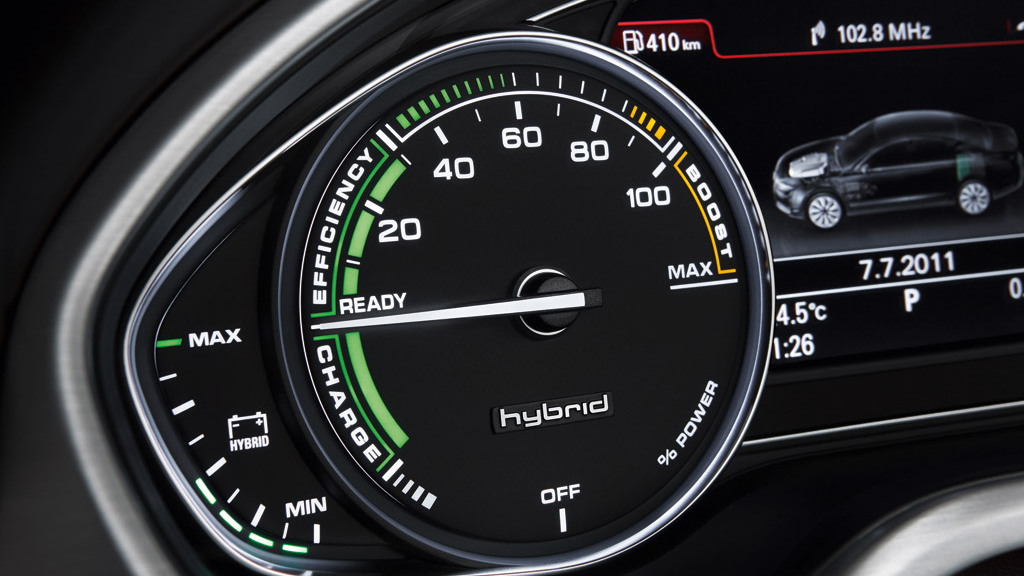 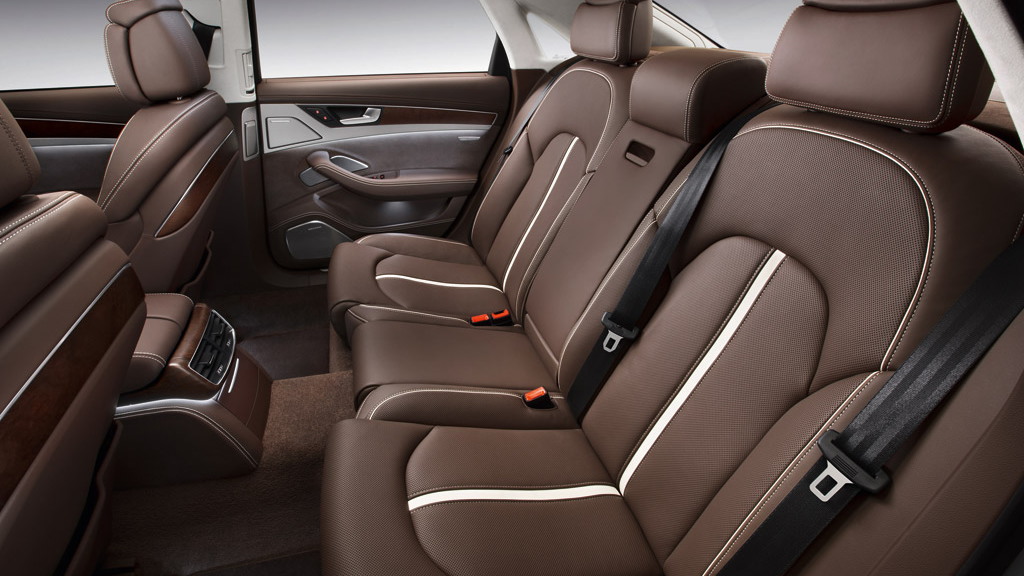 That's in the past, though, and the Volkswagen Group is aggressively spreading its hybrid powertrain across models from many of its brands.

But while VW and Porsche already sell hybrid sport utilities in the U.S., Audi doesn't yet offer any hybrids in the States--though you can expect to see hybrid versions of the Q5 mid-size sport utility and the A6 mid-size sedan soon.

Now, Audi has taken the wraps off its A8 full-size luxury sedan.

The 2012 Audi A8 Hybrid uses the second generation of the VW Group hybrid system, with a 40-kilowatt (54-horsepower) electric motor sandwiched between a 211-hp, 2.0-liter turbocharged four-cylinder engine and the group's eight-speed automatic transmission.

Together, the engine and electric motor can produce maximum power of 245 hp and 345 pound-feet of torque. Audi says the A8 Hybrid can travel up to 1.8 miles on electricity alone at a constant speed of 37 mph, and can run solely on electric power for brief periods at speeds up to 62 mph.

Like other single-motor hybrid systems, the Audi system can either contribute electric power to run the car or recharge the battery pack via regenerative braking--but it can't do both at the same time.

The air-cooled 1.3-kilowatt-hour battery pack uses lithium-ion cells, rather than the older nickel-metal-hydride technology of the packs used in the 2011 Volkswagen Touareg Hybrid and 2011 Porsche Cayenne S Hybrid sport utilities.

On the European test cycle, the A8 Hybrid returns more than 36 miles per gallon--not bad for a full-size luxury sedan. Audi quotes a 0-to-62-mph time of 7.7 seconds, and a top speed of 145 mph.

Audi first showed the A8 Hybrid almost 18 months ago at the 2010 Geneva Motor Show. But at the time, it offered few details and said little about when its largest and most luxurious hybrid would go on sale.

Now we know that the big hybrid sedan will go on sale next year in Europe as a 2012 model.

Plans for the U.S. are less clear, although given that the VW Group's other U.S. brands each has at least one hybrid offering--and more on the way--it seems logical to expect the Audi A8 Hybrid in the U.S. at some point.

But Audi's first U.S. hybrid is more likely to be the A6 Hybrid that was shown at January's Detroit Auto Show. The A6 is a higher-volume car for Audi in the States, and mid-size hybrid sedans--even luxury models--sell in greater numbers than full-size ones.

Still, the U.S. remains the largest global market for hybrid vehicles, so Audi clearly had its eye on buyers here when it green-lighted the A8 Hybrid.

Right now, the sole full-size luxury hybrid is the 2011 Lexus LS600h L, which sells in very small numbers indeed. Given upcoming gas mileage rules, that is likely to change.

When it does, Audi clearly intends to be prepared.