It was great while it lasted, but the dream of being able to buy a sleek, three-wheeled Aptera 2e electric car seems to be receding into the distance.

A month ago, the company stopped taking deposits for new Apteras, blaming an issue with the escrow account in which they were held.

Now, the company says it will return all deposits it has taken to the customers who had signed up to buy an Aptera 2e electric car or the planned 2h hybrid.

In a note mailed last night at 5:25 pm California time (which is to say, after the close of business), "Team Aptera" wrote, in part: "... as you know, our path to production has been longer than anticipated, which has complicated our reservation administration to the point that we have decided to return your deposit."

The company attributed the decision to its credit-card processing system, saying it "..is designed for transactions to be completed in a six-month window. Since most of Aptera's deposits have been in reserve for more than six months, maintenance of the account has become problematic for our credit card processor and administratively cumbersome for Aptera."

What happens next? Aptera writes, "... reservation holder contact information will be moved to our newly created VIP database and used to provide you with exclusive information about future happenings at Aptera.

"As our production date approaches, we will use the database to direct you to your local retailer so you can be among the first to own an Aptera vehicle."

The letter closes as follows: "We appreciate your longstanding support of Aptera. As we get closer to producing the world's most energy efficient vehicles, we know that you will be right there with us..."

Perhaps. But the lack of concrete steps for moving forward doesn't sound like good news to us. 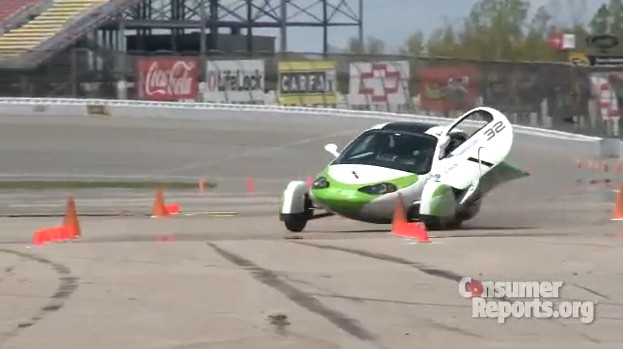 GreenCarReports drove an early Aptera 2e prototype almost two years ago. As recently as 18 months ago, Aptera hoped to build up to 10,000 of its striking 2e electric cars a year.

Last September, the company made the finals but didn't win the Progressive Automotive X-Prize challenge (including an unfortunate door-opening incident). This May, just before deposit-taking ended, it said it would move its factory out of San Diego,

He said at the time, “We are under a strict NDA as a part of our DOE Loan application that limits my ability to comment on that at this time," referring to Aptera's hope of receiving low-interest loans under the Department of Energy's Advanced Technology Vehicle Manufacturing program.

That program, while it has awarded loans to startups Tesla and Fisker, requires companies to show that they could be viable without receiving the loans. It's unclear whether Aptera can do so.

McCammon also said last month, "We will, however, be making some important announcements in the near future.”

We suspect that refunding all deposits may not have been what he had in mind.