Buick announced today that it would offer the eAssist mild-hybrid technology on its mid-size 2012 Regal sedan as a $2,000 option over the base 2.4-liter model.

That brings the price of the 2012 Buick Regal with eAssist to $29,530, including a mandatory $860 destination charge. 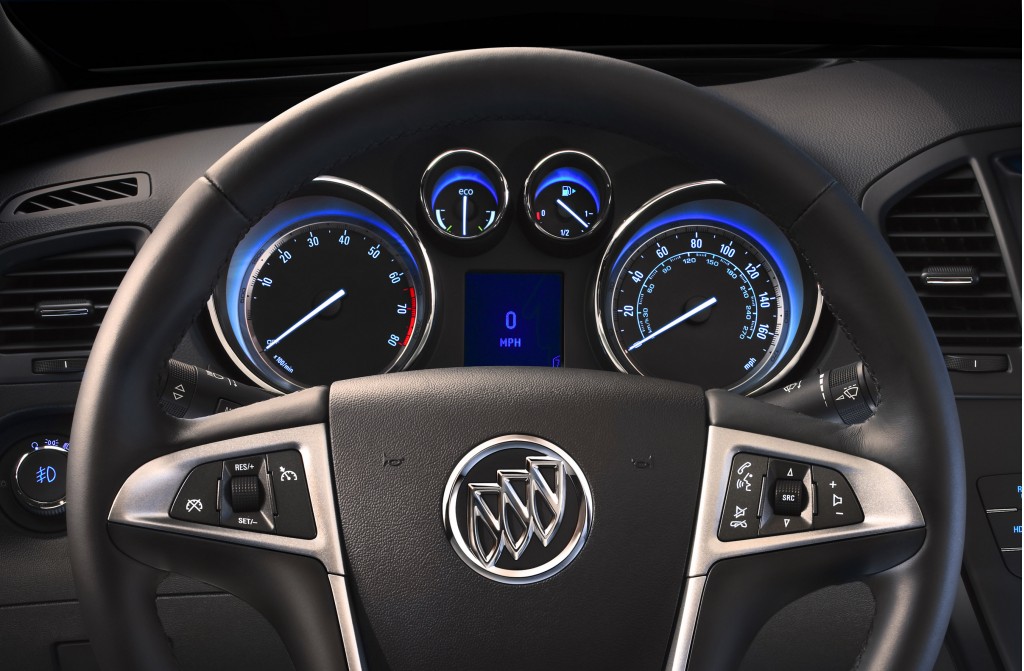 The 2012 Regal with eAssist cannot run solely on electricity at any speed, however. That may be one reason General Motors has entirely avoided using the H-word ("hybrid") in its marketing for eAssist, calling it instead "light electrification" and stressing the gas-mileage increases rather than the technology that produces them.

The eAssist system replaces the alternator on the LaCrosse’s 182-horsepower, 2.4-liter four-cylinder engine with a specially designed 15-kilowatt (20-hp) alternator-generator that can add electric torque to that from the engine. It's paired with a modified version of GM's standard six-speed automatic transmission.

That boosts acceleration under high loads, eliminating the need for the engine to shift down a gear, and hence reducing fuel consumption. The electric motor also tops up the batteries as needed and runs ancillary features like the air conditioner.

The small, air-cooled lithium-ion battery pack in the Regal's trunk is recharged both by engine torque under light loads and through regenerative braking before the friction brakes kick in. 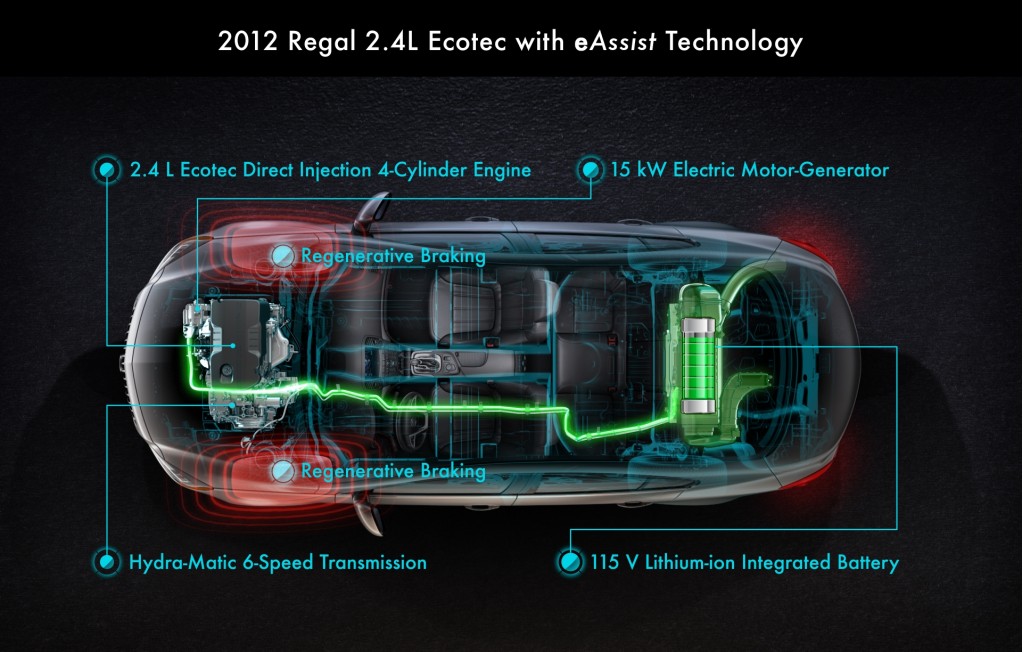 The Regal with eAssist lets the driver choose an Eco mode for the climate control, with dials down the air conditioning for better fuel economy.

It also has a power-flow diagram, showing the various systems that propel the car and where their energy comes from, and an Eco gauge in the instrument cluster that rates the efficiency of the driver's actions in real time.

The eAssist system fitted as an option to the 2012 Buick Regal is largely the same powertrain fitted as standard to the four-cylinder version of the full-size 2012 Buick Lacrosse sedan.

With eAssist as standard on the 2.4-liter four in the 2012 Lacrosse, the only other engine offered in that car is a far more powerful 303-horsepower, 3.6-liter V-6.

Gas mileage for the larger Lacrosse with eAssist is 25 mpg city and 37 mpg highway, and its price starts at $30,820, with destination included, almost $1,300 more than the Regal with eAssist.