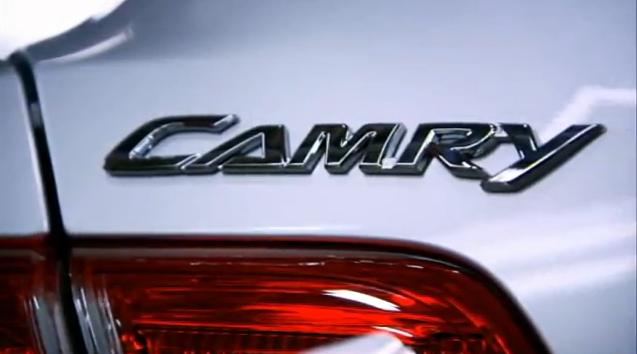 Sometimes, you find information in the strangest places.

Take the YouTube video, "Georgetown Plant on the 2012 Camry," apparently posted by Toyota of the Black Hills, a dealer in Rapid City, South Dakota.

It's got some shots of the newly redesigned 2012 Toyota Camry moving down the production line in Georgetown, Kentucky.

You can see the revised front styling of the car, and some rear shots too.

[UPDATE, Wed, July 27: The video has now been removed from YouTube, so we suspect we really did see something we weren't supposed to. Note that the first two photos in this article are screen captures from that video, however.] 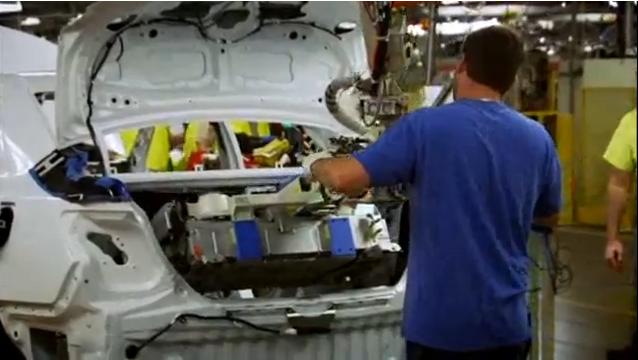 The piece that interested us, though, was a clip of a hybrid battery pack being swung into the trunk for installation in a new Camry Hybrid model.

We'd wondered whether the 2012 Camry Hybrid might be the first Toyota sold in the U.S. to switch from their traditional, decade-old nickel-metal-hydride battery technology to a newer, more energy-dense lithium-ion battery pack.

Toyota had planned to do that with the all-new 2010 Toyota Prius, but it bet on the wrong battery technology, so it had to keep on using the older pack--as it still does today in every vehicle it builds for production with its Hybrid Synergy Drive system. 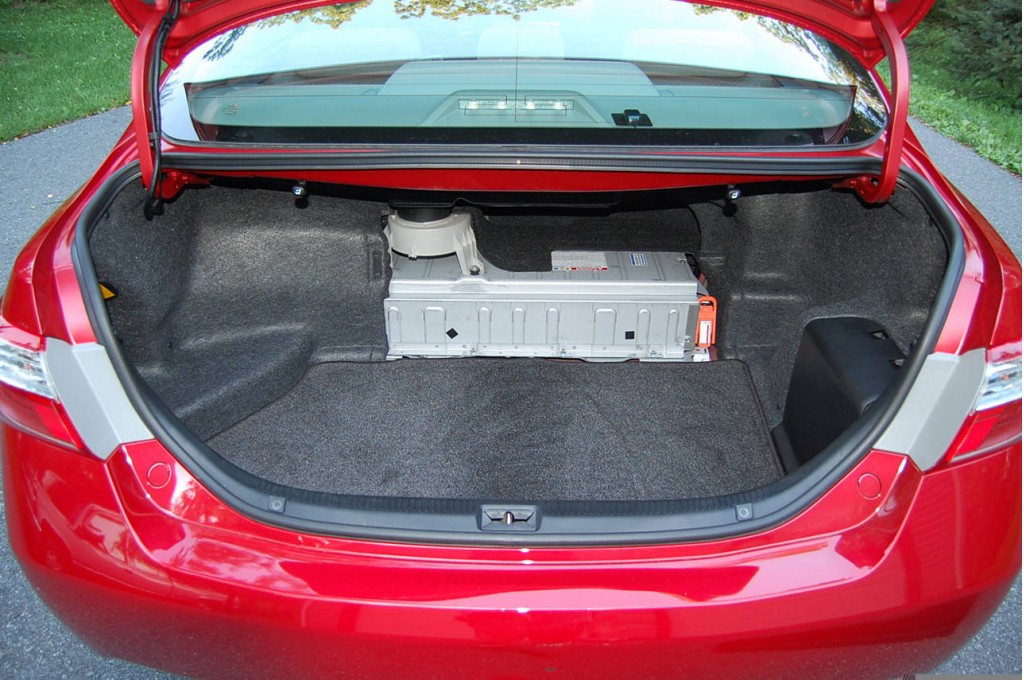 But as far as we can tell, the pack being swung into the hybrid 2012 Camry is pretty much identical to the 2009 pack shown in the photo here.

We're not really all that surprised. When Toyota does move to a lithium-ion pack in a conventional hybrid, it will most likely do so first in its iconic Prius.

A seven-seat version of the new 2012 Toyota Prius V wagon will use a lithium-ion pack between the front seats, to allow a fold-down third row in the load deck--but that version, the Prius+, won't be sold here.

Driving impressions from media previews of the new 2012 Toyota Camry are embargoed until late August, so you'll have roughly a month to study the video.

Meanwhile, tell us what you think about the new 2012 Toyota Camry and Camry Hybrid. Do you like the styling? Think it'll get better gas mileage? And, would you buy a Camry Hybrid?