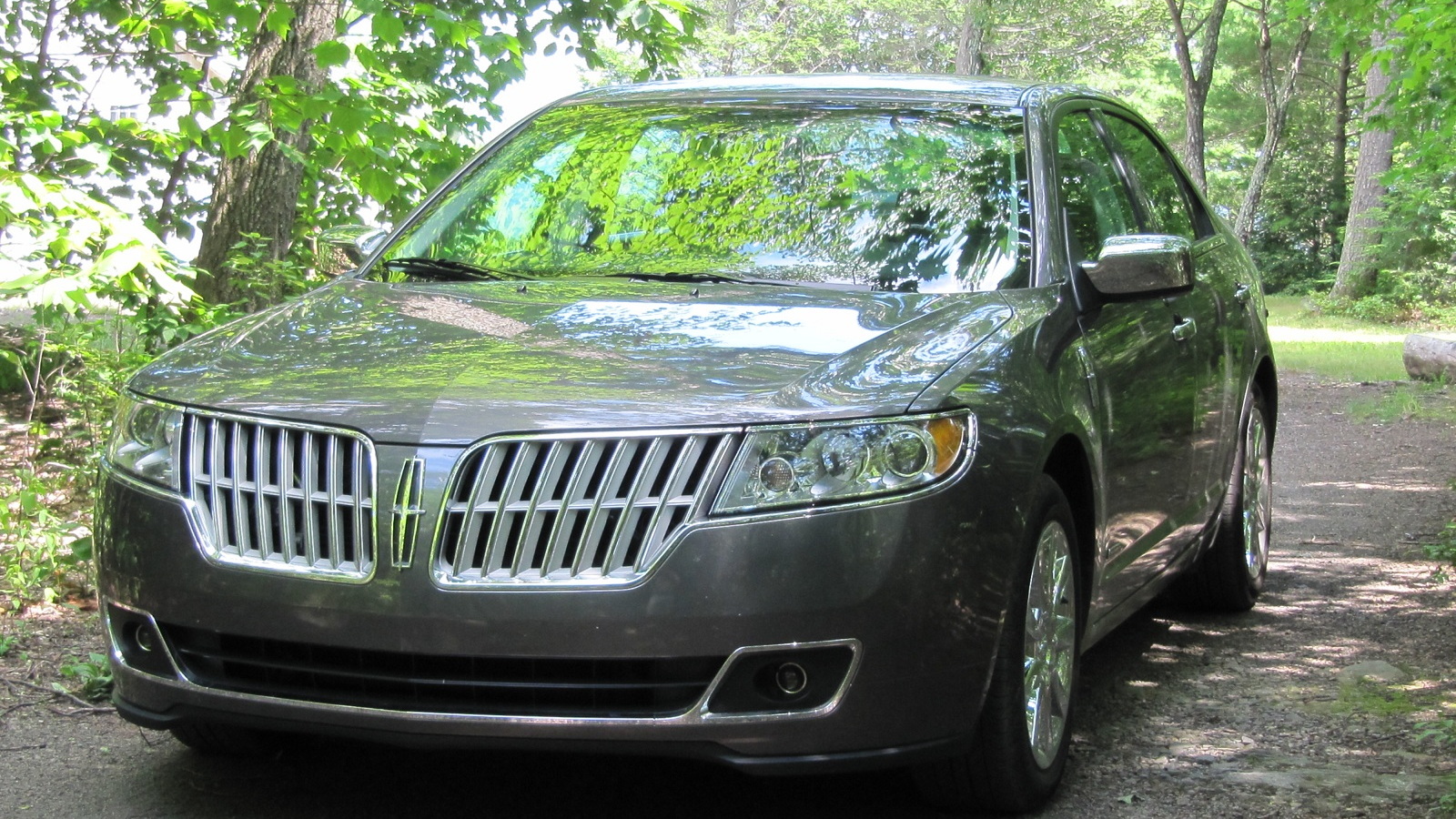 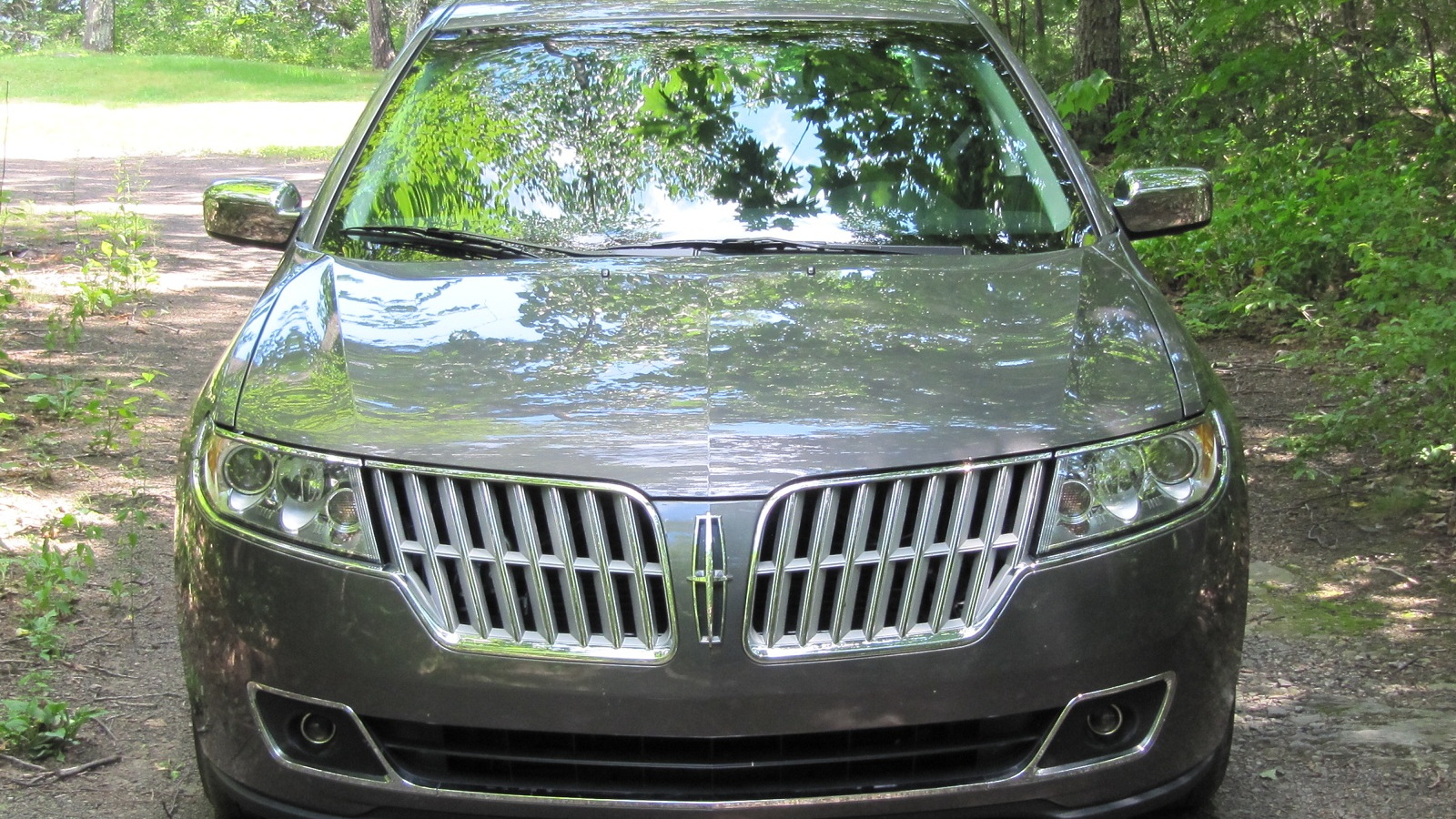 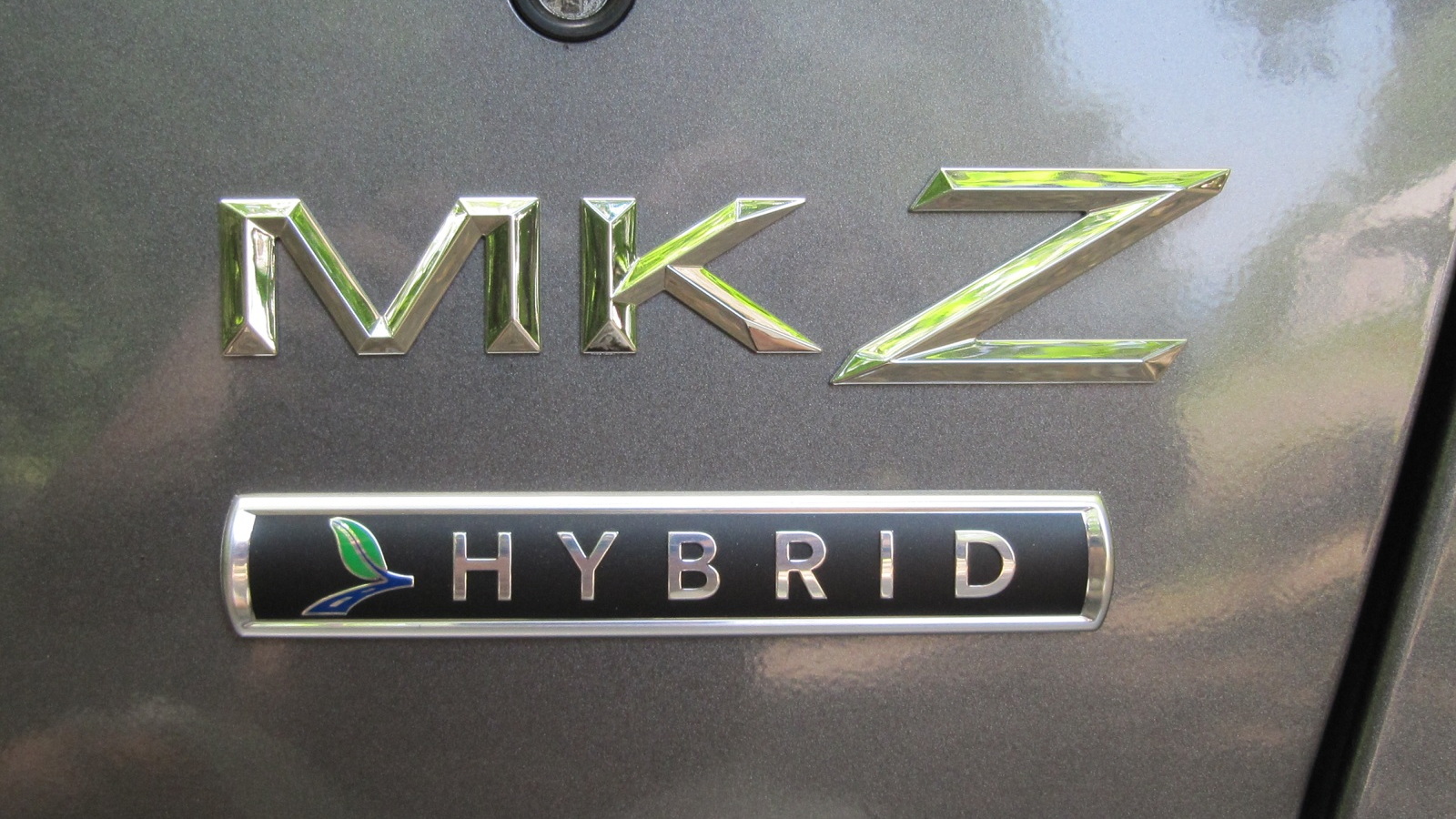 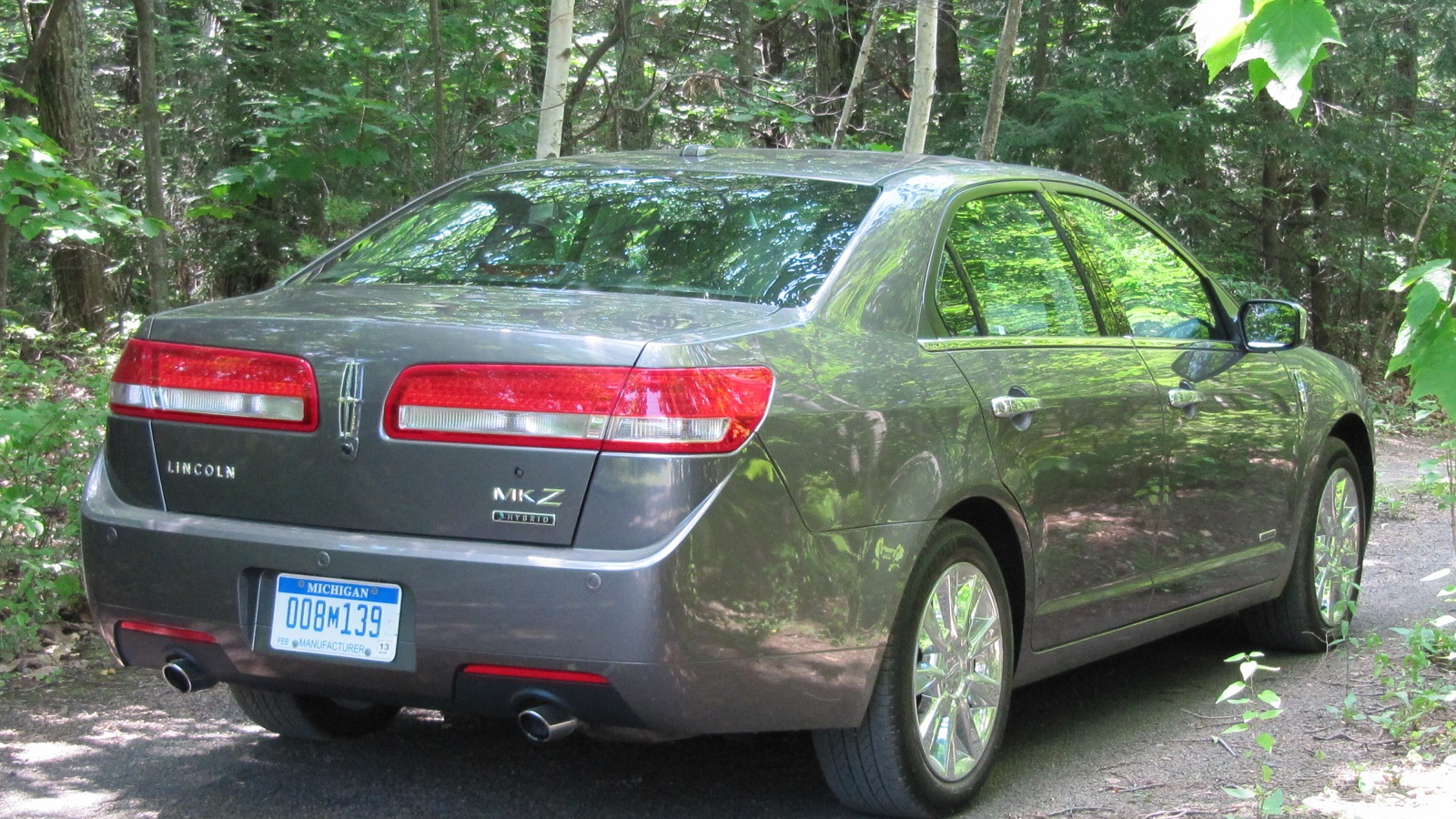 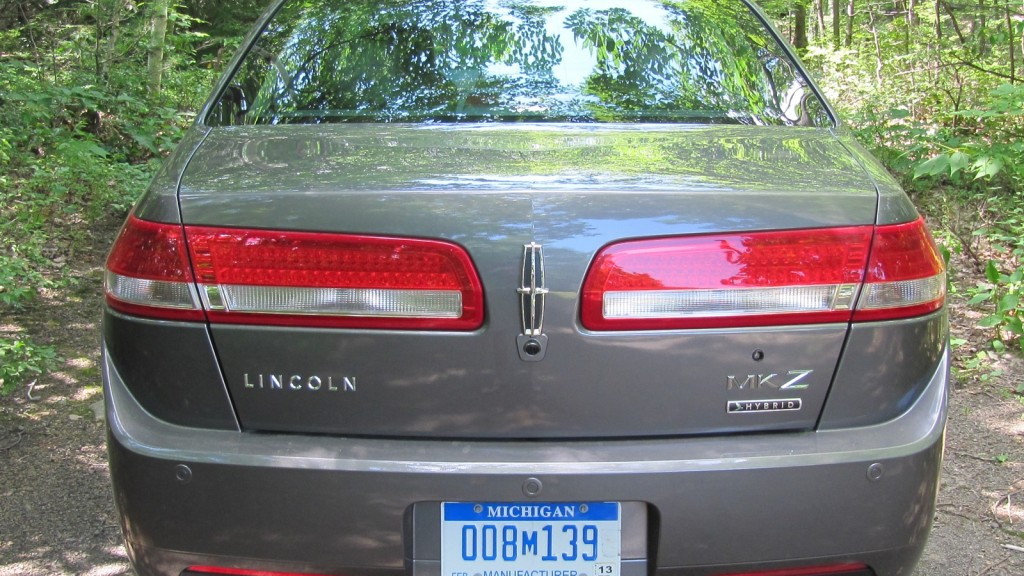 Ford has been building hybrid-electric vehicles for seven years now, and the company has constantly refined and improved its hybrid system over that time.

But it was only this year that Lincoln acquired its own hybrid sedan, the 2011 Lincoln MKZ Hybrid. That vehicle effectively replaced the Milan Hybrid from the Mercury brand, which Ford killed off last year.

We recently spent a weekend with a 2011 MKZ Hybrid, which we liked more than we expected despite a few dated aspects to the design.

The MKZ was born in 2006 as the Zephyr, and renamed the following year. After a refresh for 2010, it's the last Lincoln that's essentially a rebadged Ford--in this case, the Fusion mid-size sedan--and its replacement for 2013 will have far more distinctive styling.

We liked the simple, slab-sided looks, but the square-cut, upright interior felt definitely retro after a string of Space Age-cockpit dashboards and consoles in other Ford products. It wasn't bad, it was just ... very traditional.

The most visible indicator of this was the old-fashioned ignition key. Most other vehicles in this class offer proximity keys and start buttons, and they're rapidly moving down into even compact cars like the Ford Focus. So having to put a piece of notched metal into a slot to start the car felt very ... old-school.

Which may be just what Lincoln's customers want; who are we to judge?

Like the 2011 Ford Fusion Hybrid with which it shares a powertrain, the MKZ Hybrid returns impressive gas mileage for a heavy mid-size four-door sedan. On a trip of almost 250 miles, perhaps two-thirds of it highway cruising, we averaged a remarkable 40.5 miles per gallon.

That's slightly better than the MKZ Hybrid's EPA ratings of 41 mpg city, 36 mpg highway, and combined fuel economy of 39 mpg. As always, we used cruise control where possible on the highway, but otherwise made few special efforts to hypermile.

On the road, our hybrid Lincoln was comfortable and well-insulated, with sufficient sound damping that the only indication of the engine shutting off and switching on was an occasional quiet whirring noise up front.

We're big fans of Ford graphics, and Lincoln's are a touch more elegant than the comparable screens on the Fusion Hybrid. Overall, Lincoln has some of the best graphic displays in any hybrid, and they're particularly easy to customize, allowing the driver to hide or show various information screens as desired.

We liked the interior materials, the wood-rimmed steering wheels, and the color palette. After soaring and swooping black-plastic dashes--on everything from economy cars to high-end hybrids--Lincoln's living room-like interior was soothing and felt more luxurious than we expected.

The interior also offered lots of storage space, including a spacious bin in the center armrest and the usual array of cupholders, door pockets, and so forth.

Our test car came with a base price of $34,330. That's higher than the $28,600 base price of the 2011 Ford Fusion Hybrid, though neither car usually sells without a lengthy list of additional options.

But on top of that came the Ultimate Package of options, at a whopping $5,695, including a power moonroof, adaptive high-intensity discharge headlamps, rain-sensing wipers, a voice-activated navigation system, a blind-spot information system with cross-traffic alert warning, a rear-view camera, and the THX II high-end audio system.

That audio system was quite good indeed with both MP3 tracks from personal audio players and conventional radio. It wasn't nearly as good with satellite radio, sounding tinny and hollow at times in a way we've never experienced in any other car.

We're big fans of Ford's Sync system, which was far more responsive to touch-screen commands than the newer MyFordTouch, which we're not such fans of. We did notice that the system didn't display album art for MP3 tracks, but we decided we could probably live with that.

Our car also included a $95 "Executive Package" that appeared to consist of special floor mats, and of course the mandatory $850 destination fee, meaning the sticker was $41,370. That's not too bad for a "near-luxury" mid-size sedan, and certainly competitive with low-end Lexus products.

It's worth noting that Lincoln has given the MKZ Hybrid exactly the same base price as the higher-powered MKZ with a 285-horsepower, 3.5-liter V-6 gasoline engine. That model is rated at a dismal 18 mpg city, 27 mpg highway, and a combined 21 mpg.

If you opt for all-wheel drive (sadly not available on the hybrid), it falls to 17 mpg city, 24 mpg highway, and 19 mpg combined--just half the fuel efficiency of the hybrid.

The equal-price tactic appears to have worked, too. Ford says it is selling more MKZ Hybrids than expected, more than one in every five MKZs ordered.

So there's no longer any excuse for avoiding a hybrid because it costs more to save gasoline. In the case of the 2011 Lincoln MKZ Hybrid, it doesn't: You can opt for gas-guzzling performance, or remarkably high real-world fuel economy.

We know which we'd pick.

Lincoln provided this test vehicle to High Gear Media to enable us to bring you this first-person drive report.