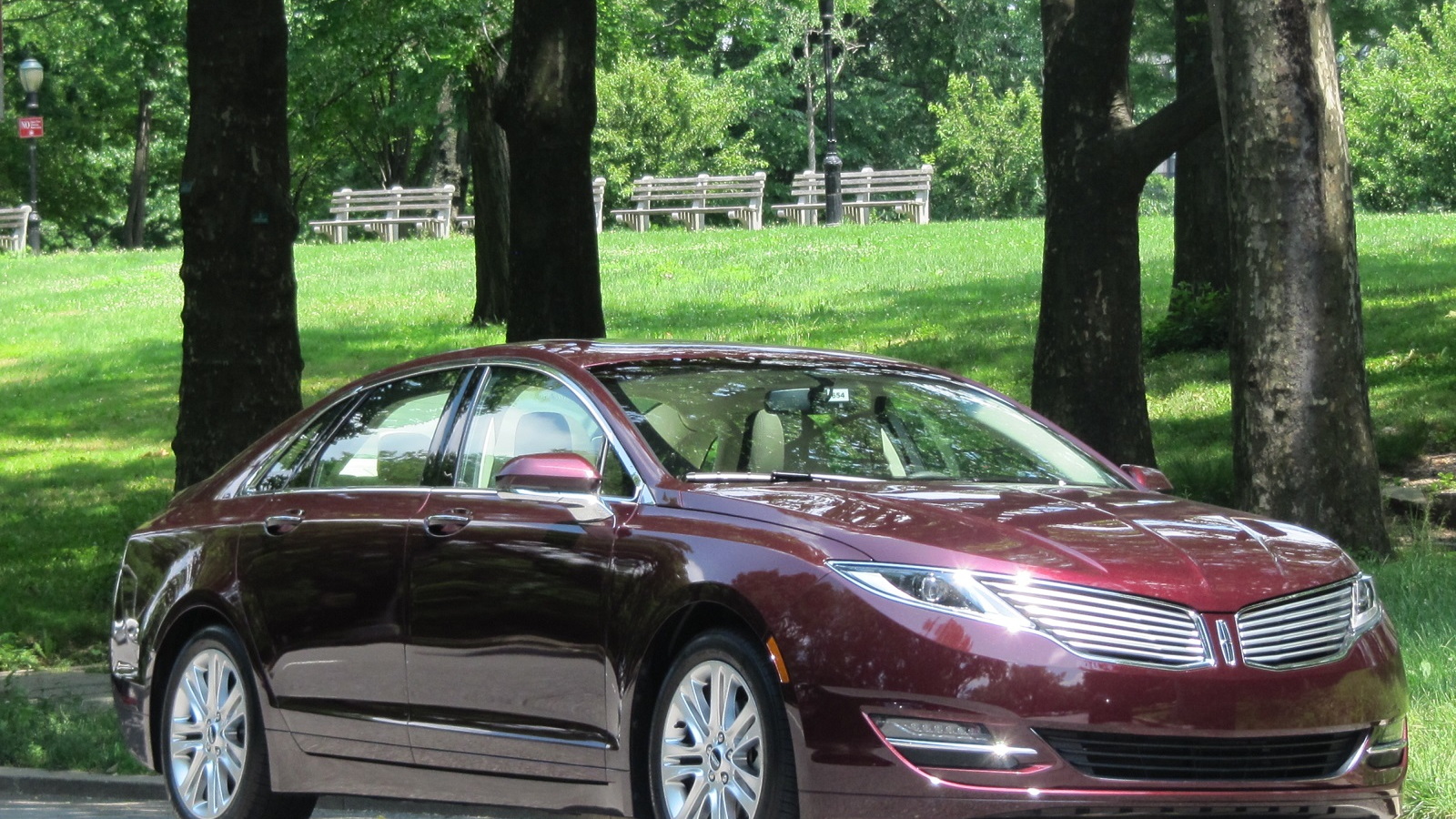 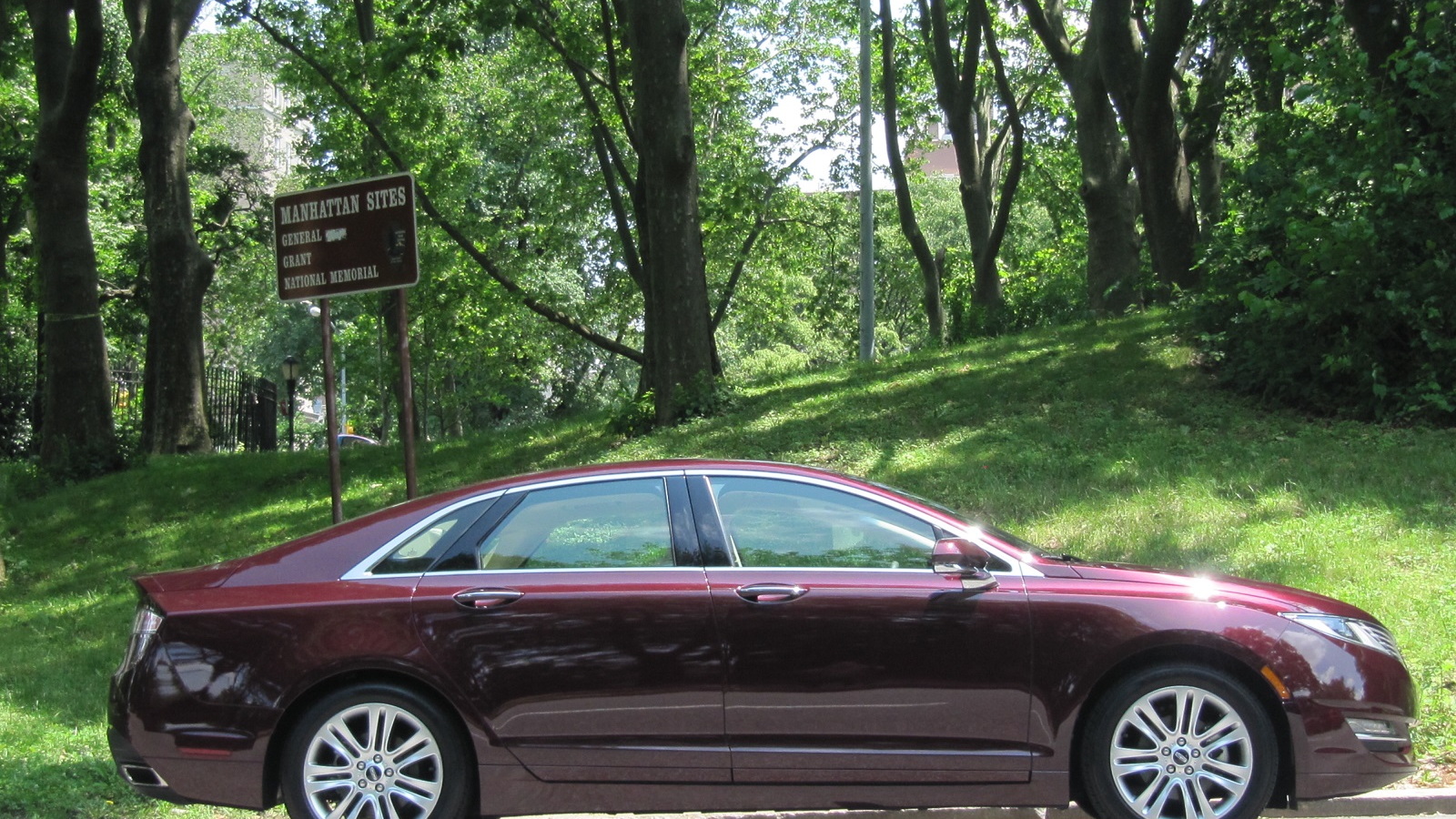 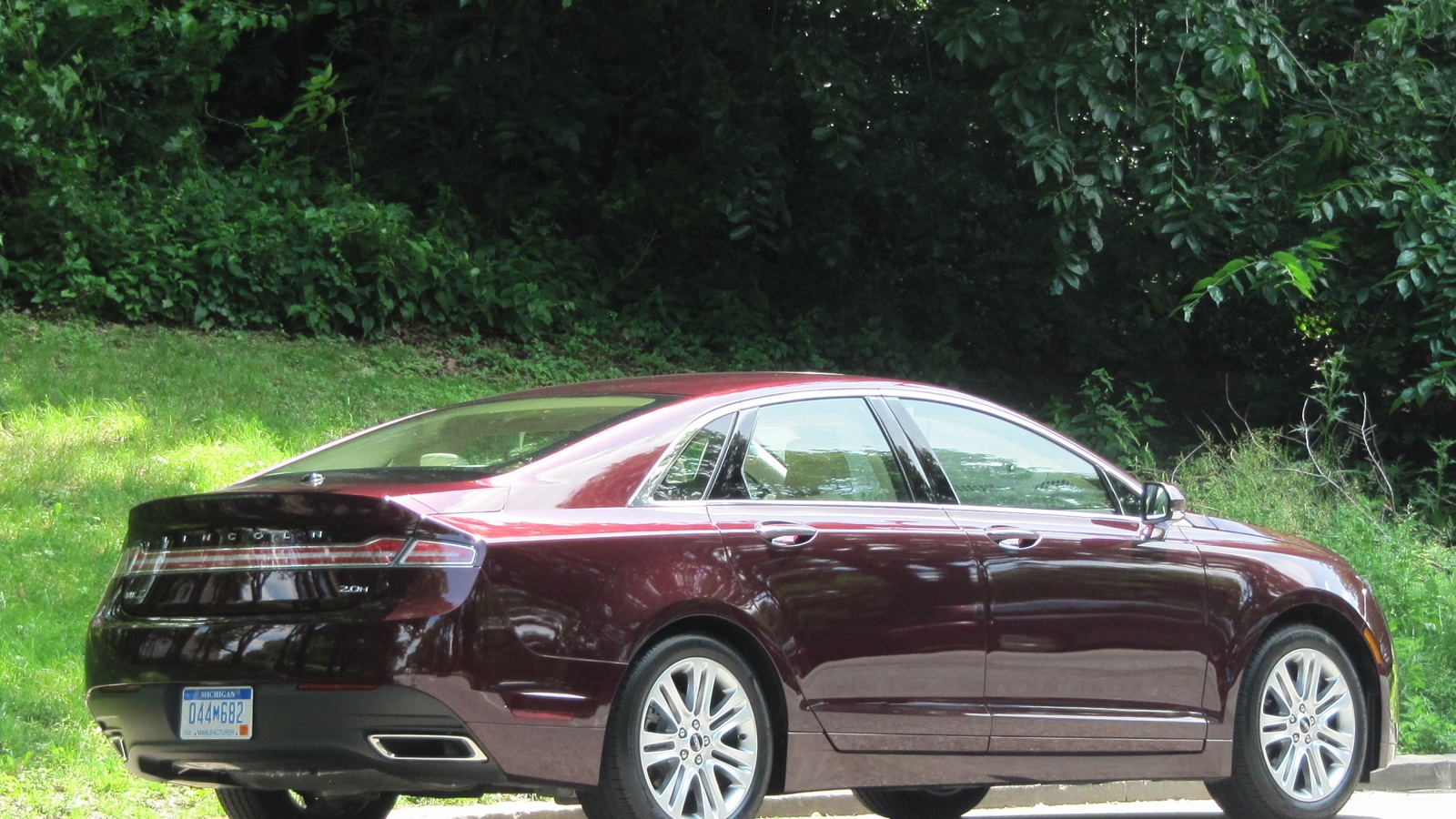 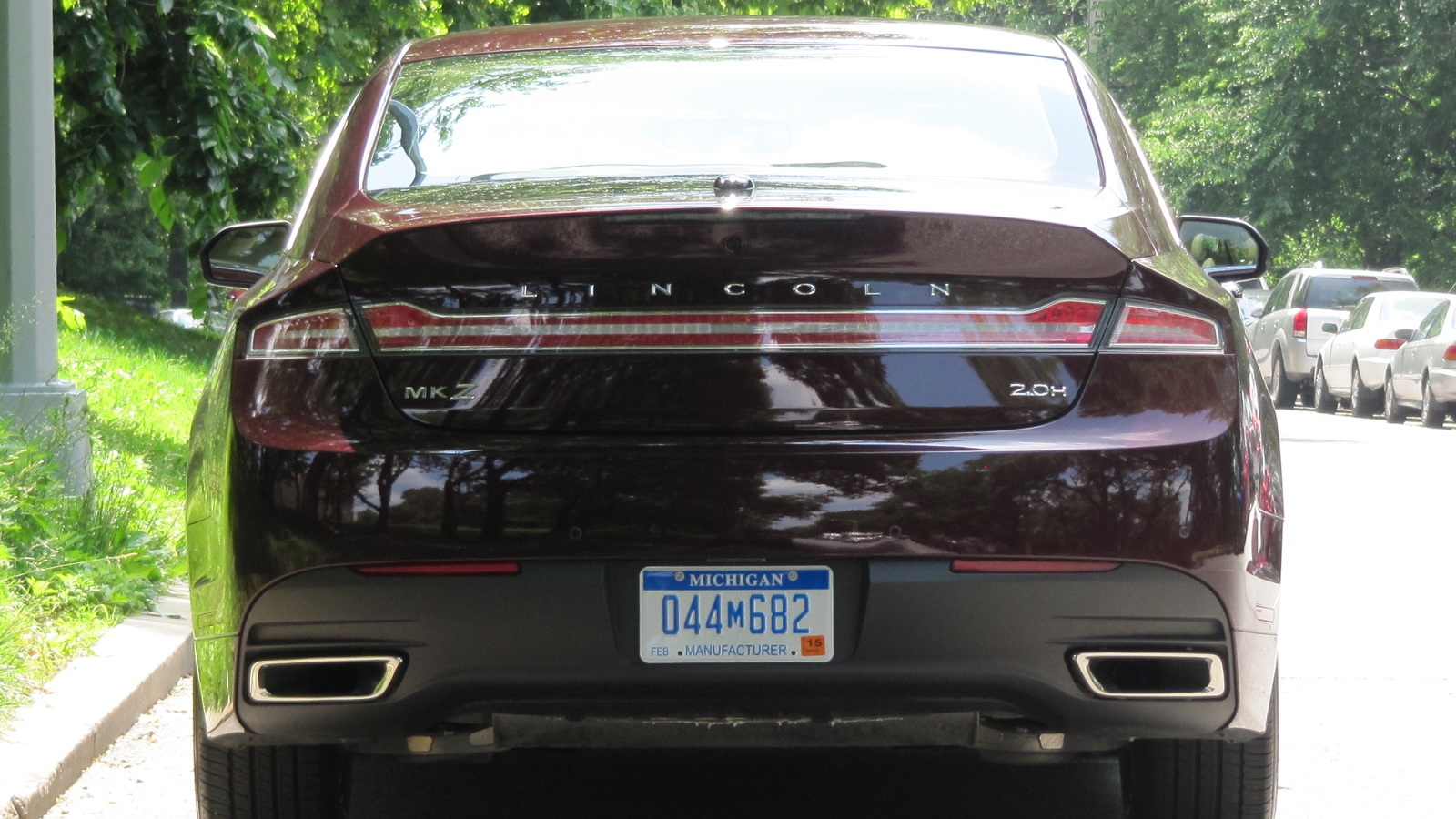 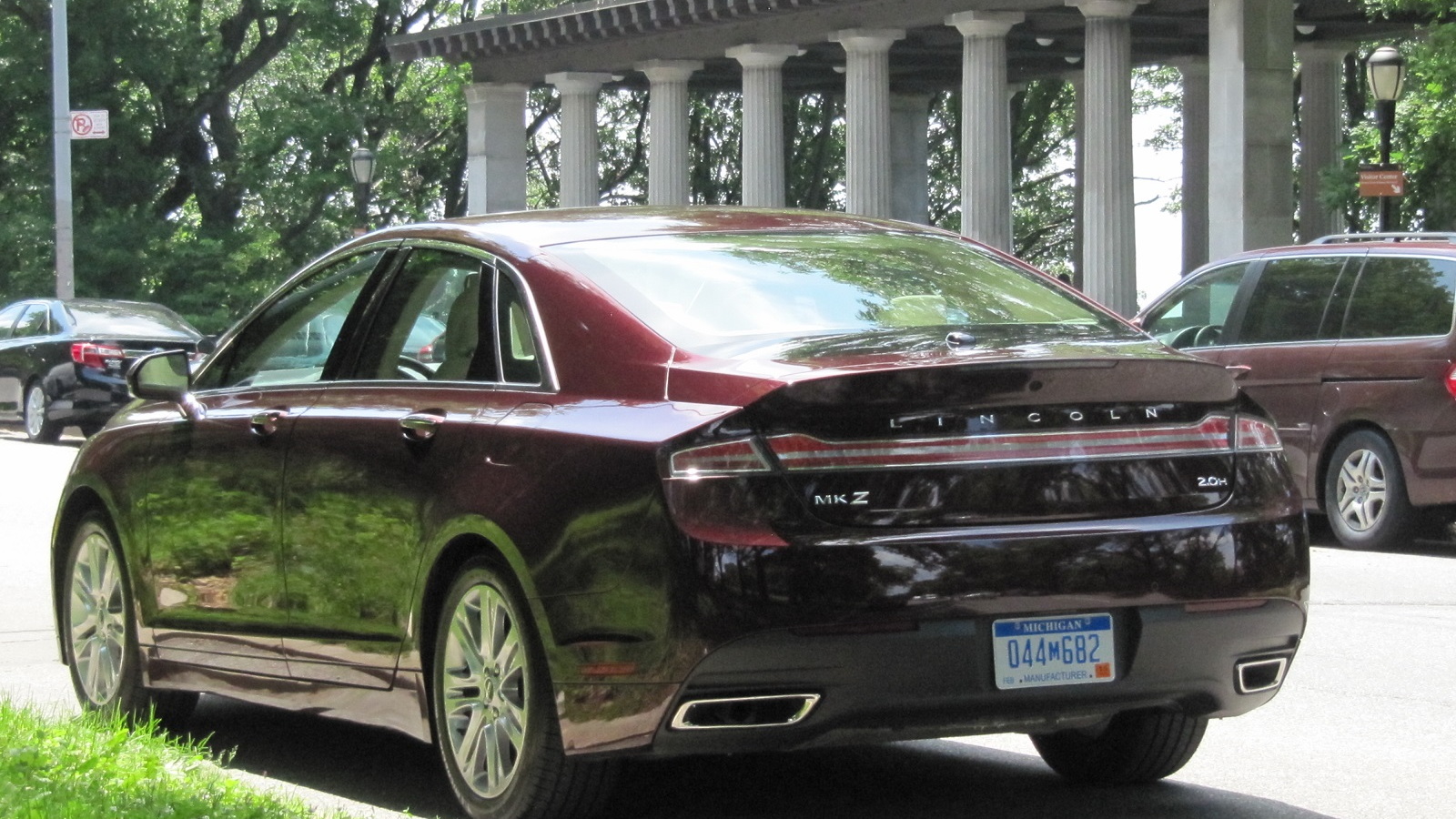 Remind  us in future to avoid drive routes confined almost exclusively to Manhattan.

While they're great for showing off hybrid cars--including the 2013 Lincoln MKZ Hybrid we briefly tested on Tuesday--they take years off your life.

We had a chance to put about 10 miles on the new hybrid MKZ, the entirely redesigned new Lincoln that's meant to take Ford's fading luxury brand into a new and better future.

Unlike the 2011 MKZ Hybrid we tested two years ago, the latest MKZ shares no body panels or interior design with the Ford Fusion mid-size sedan on which it's based.

And we found the 2013 MKZ Hybrid to be comfortable, very quiet, and pleasant enough to use around town.

All we can say about gas mileage is that in a loop of a few miles that was designed to maximize stop-and-go traffic, we recorded 28.6 mpg.

Taking the car out on Manhattan's West Side Highway, which let us get up to 50 mph and more, the gas mileage showing on the car's display dropped to 26.4 mpg.

Those readings are simply snapshots of brief usage, and you shouldn't put much weight on them.

We did notice that using the air conditioning had a noticeable impact on the car's electric performance.

When we briefly switched it off, the MKZ Hybrid offered stronger electric acceleration and stayed in electric mode longer.

And Lincoln has underscored this by adding "Climate" loads to its energy-flow diagram showing where battery power is being used--to our knowledge, the first time any maker has done so.

It's likely a response to the concerns over the difference between EPA gas-mileage ratings and real-world results in Ford's new C-Max and Fusion hybrids.

Lincoln is taking pains to underscore the factors that affect gas mileage in hybrids, and that's one of several different steps it's taken.

We look forward to driving the 2013 Lincoln MKZ Hybrid on our usual test route and seeing how it compares to both the Fusion Hybrid we tested and its 2011 MKZ Hybrid predecessor, which we rather liked.

The 2013 Lincoln MKZ Hybrid is now available at Lincoln dealers, and starting to rack up sales after a lengthy rollout delayed by quality problems at the Mexican factory that builds the near-luxury sedan.

The new MKZ competes most directly with the Lexus ES range; both cars offer conventional gasoline and hybrid models.