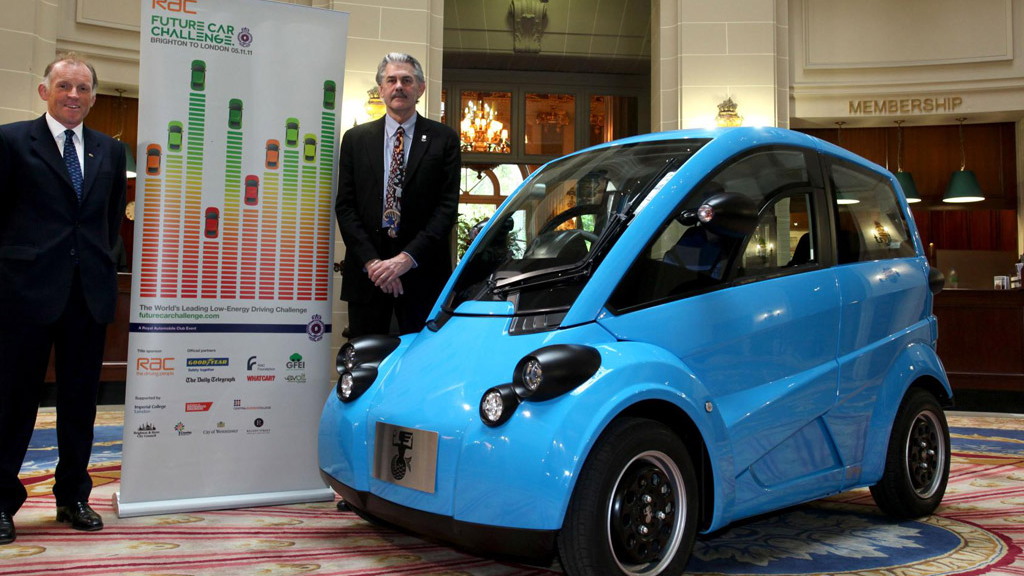 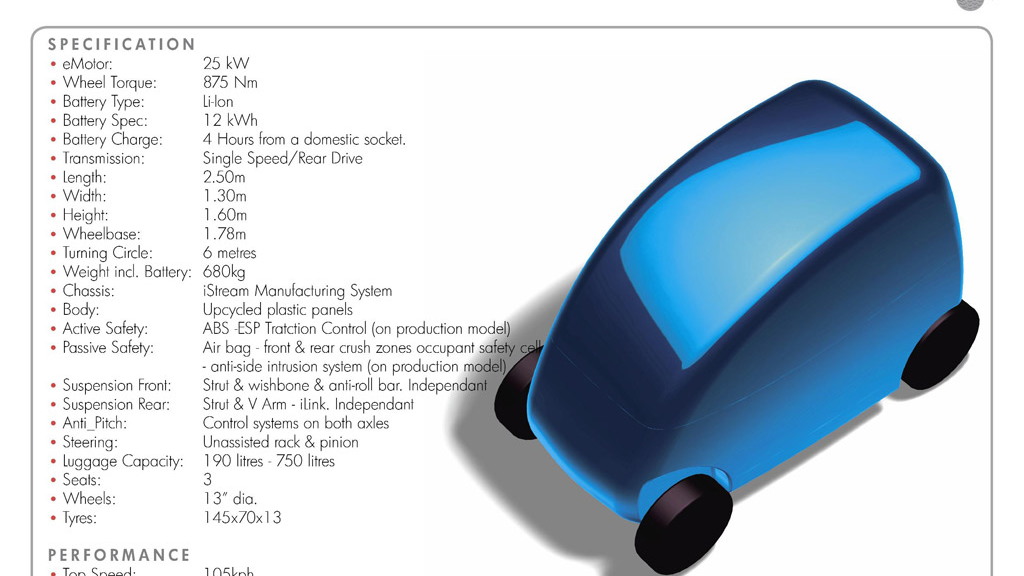 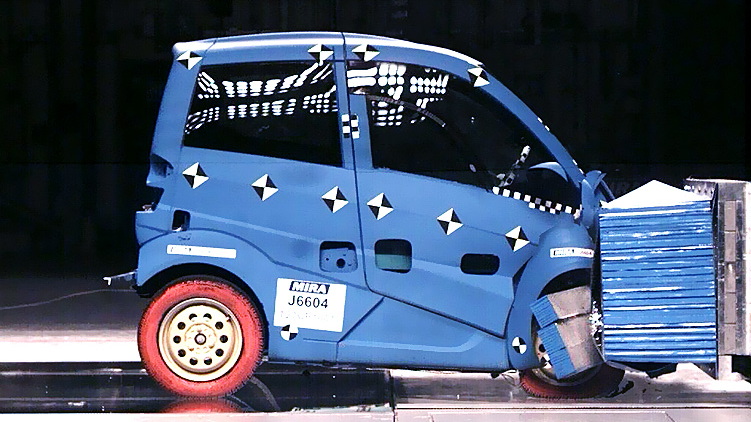 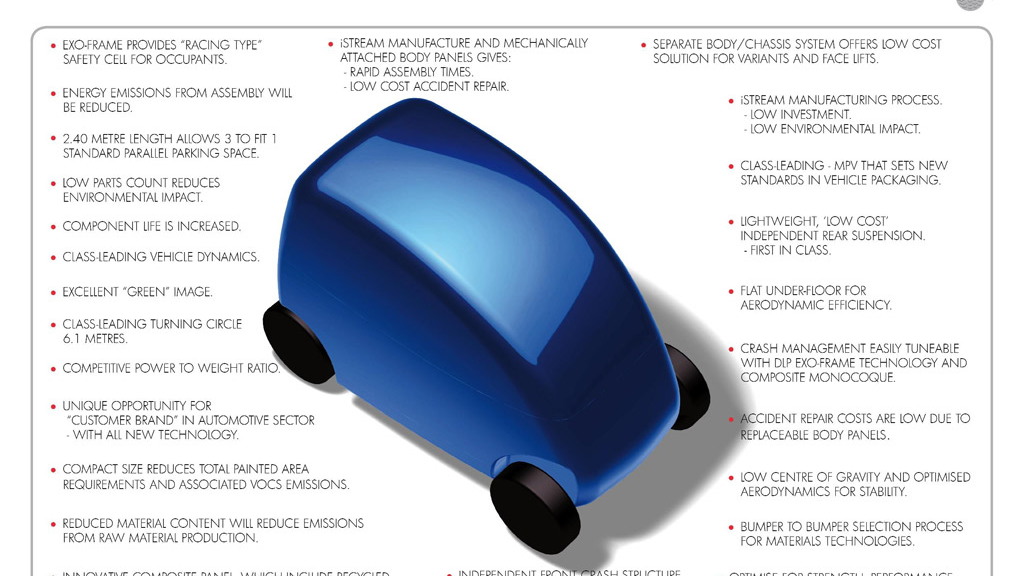 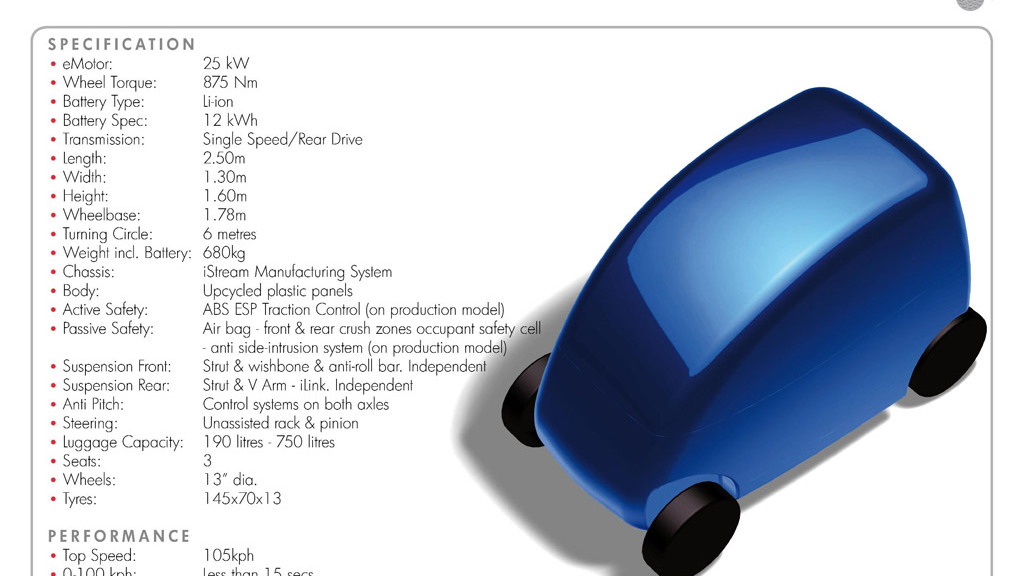 About a month ago we first brought you details on the new T.27 electric minicar prototype from automotive industry legend Gordon Murray, one of the chief designers of the McLaren F1 supercar. His latest T.25 minicar project is bustling along, with his design firm, the eponymous Gordon Murray Design, revealing today a prototype for the T.27 electric version and announcing its world debut at the RAC Future Car Challenge 2011 in the UK this November.

The T.27 is described as a pure electric drive vehicle with an innovative fully integrated electric motor, control system and battery designed to ensure maximum efficiency. Powering the car is an electric motor rated at 25 kW (34 horsepower) and powered by a lithium-ion battery.

While this output may appear low, it only needs to move a vehicle with a total curb weight of 1,500 pounds. Gordon Murray Design predicts the 0-60 mph sprint will take less than 15 seconds and top speeds will max out at 65 mph. Additionally, the T.27 is designed for hopping around busy city centers, not the open highway. The driving range on a single charge of the vehicle’s lithium-ion battery should be about 80-100 miles.

The total weight of the motor, supplied by Zytek Automotive, as well as the inverter and gearbox is less than 110 pounds, approximately 45 percent of that of a comparative, current production, water cooled drivetrain with its associated radiator, cooling fluid, pumps etc. This light weight contributes to the low overall vehicle weight whilst the highly compact size means that luggage space can also be increased compared to the regular internal combustion engined vehicle.

Zytek also supplies the lithium-ion battery, which weighs 284 pounds and has a capacity of 12.1kWh.

Gordon Murray Design is now in the process of contract talks with three manufacturers for the T.27, with an eye to have the cars in showrooms by as early as next year.