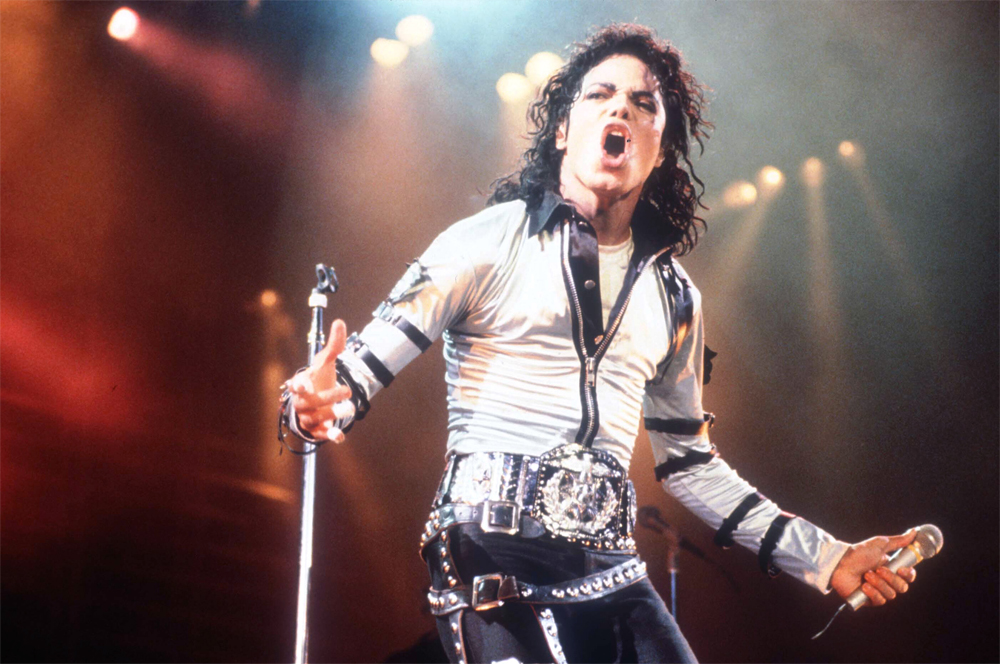 Reginald Garcia believes he's invented an engine that generates more power than it takes in. Perhaps more incredibly, to help turn his pet project into a reality, he's harnessing the star power of the late Michael Jackson.

Garcia was a freelance shutterbug in 1978 when a friend asked him to take some photos of Jackson and his brothers at a Hollywood studio during breaks in a Jackson 5 video shoot. The photos didn't cause much of a stir among the Jacksons or record executives, so they weren't widely circulated. Garcia recently rediscovered the pics lying on his shelves, and he's teamed up with gallery owner Keya Morgan to help acquire the necessary rights to sell the 130 photos at auction.

Proceeds from the auction could generate a pretty penny. Recently, one photo of the pop star sold for $35,000, so even at a fraction of that price, Garcia could see millions from the sale.

Those funds will be used to create a prototype of a new engine that Garcia has designed. The engine isn't just efficient: according to Garcia's business partner David Marohnic during a demo at CNN's Los Angeles headquarters, "It's generating more energy recharging the battery than it actually draws from the battery".

Garcia and Marohnic haven't been keen to show off the device on camera, but according to the story in CNN:

"The motor buzzed as two voltage meters measured the energy going in and the power flowing out, back to the battery...."

"Garcia reconfigured the brushes and rewound the copper in a standard motor 'so it captures the negative electromagnetic field as it collapses, sends energy to a capacitor and recharges the battery,' he said."

Garcia will need to clear several hurdles before bringing his plans to fruition. For starters, the Jackson family is notoriously litigious, so Garcia will need to provide all the necessary documents proving (a) the authenticity of the images, and (b) that the Jacksons agreed to pose for them. As mentioned above, he'll also need to secure copyrights for all 130 pics.

But even if Garcia puts his ducks in a row on those fronts, he'll still be breaking several laws -- namely, the laws of thermodynamics. He seems to be particularly in violation of law #2, the law of entropy, which states that "in all energy exchanges, if no energy enters or leaves the system, the potential energy of the state will always be less than that of the initial state".

Translation: a system can't generate more power than it takes in. Otherwise, someone would've likely solved the issue of perpetual motion years ago, and we could all go to bed happy knowing that the universe wasn't growing weaker and colder, as we're pretty sure it is.

This is the second such what-the-hell device we've heard about in a week -- the first being "Chameleon Innovator's Technology TM: An Alternative Fuel-Less Source of Energy". We don't mean to be complete naysayers, but both sound a bit too good to be true, and one sounds outright implausible. (No prizes for guessing which we mean.) We'll hold off on the tar and feathers until we see the devices ourselves, but unless Garcia has discovered a new law of thermodynamics that makes exceptions for energy generated by moonwalking, we expect both these devices to end up in Neverland.

To avoid completely sullying the memory of the late Jackson, we'll leave you with the video for the Jackson 5's hit from 1980 called "Can You Feel It", in which Michael and his brothers create some magic that's more persuasive than Garcia's. (Bonus: opening narration by the equally magical Ken Nordine.)

[CNN, with assists from John and Nelson]