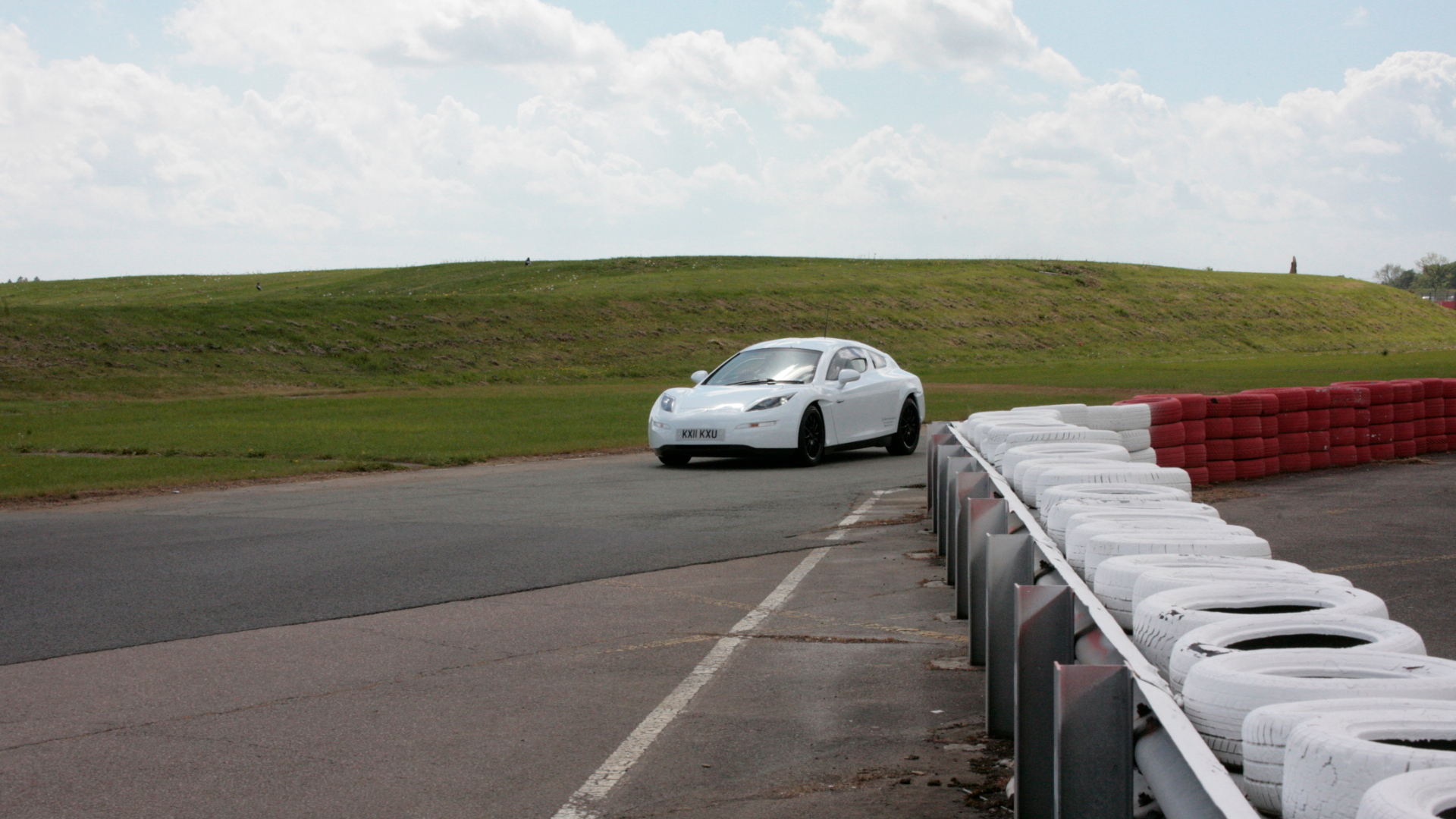 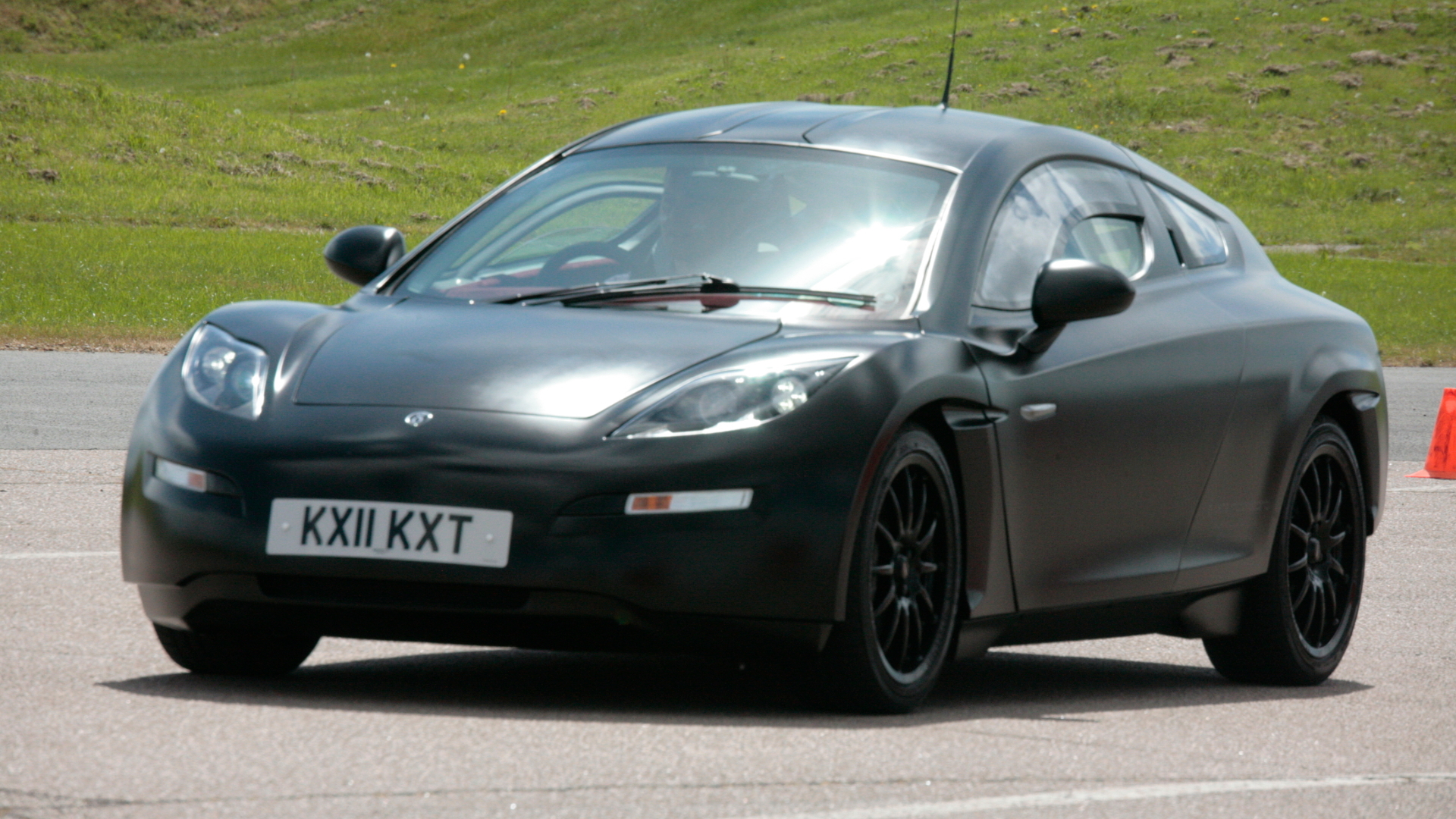 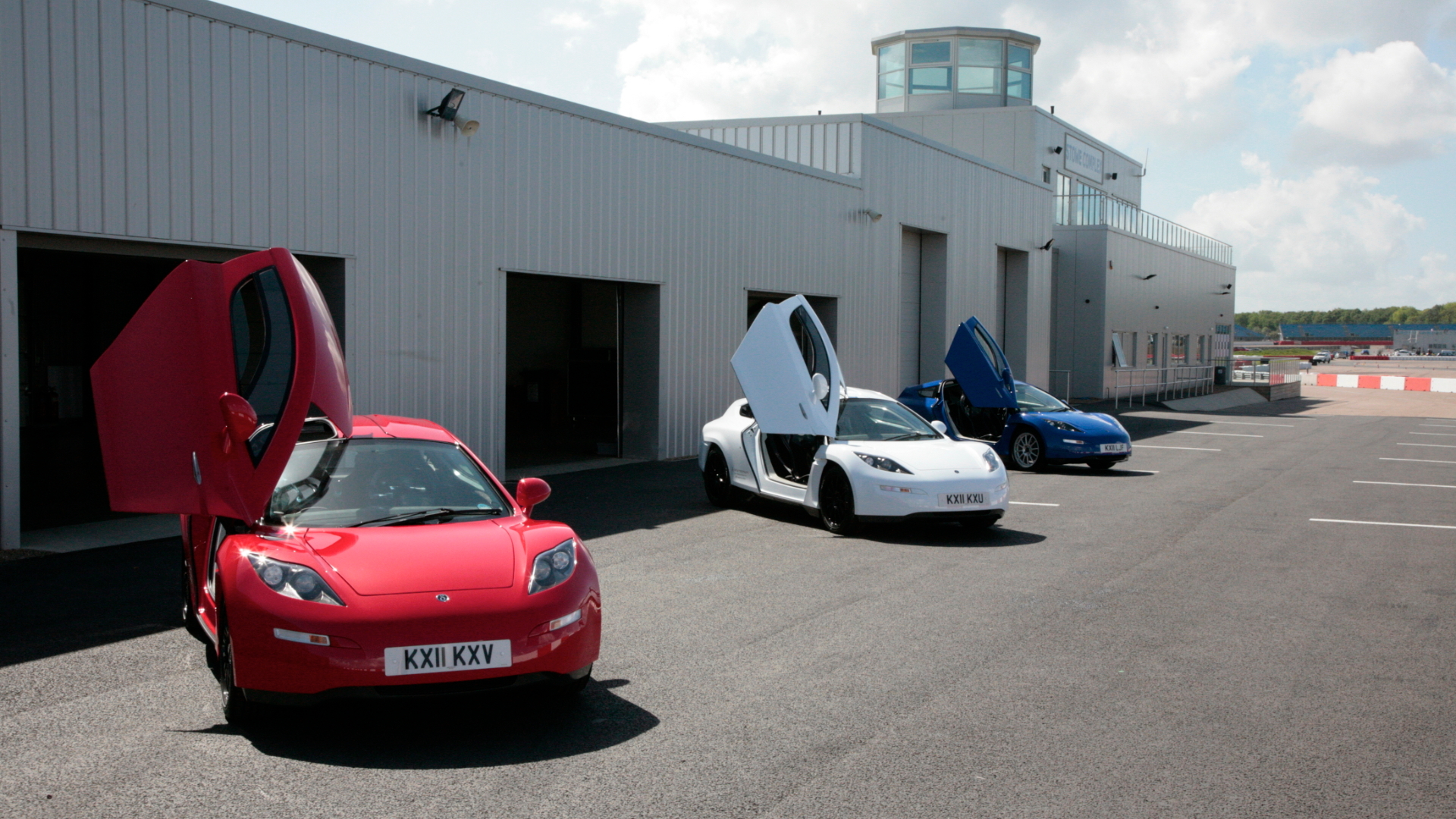 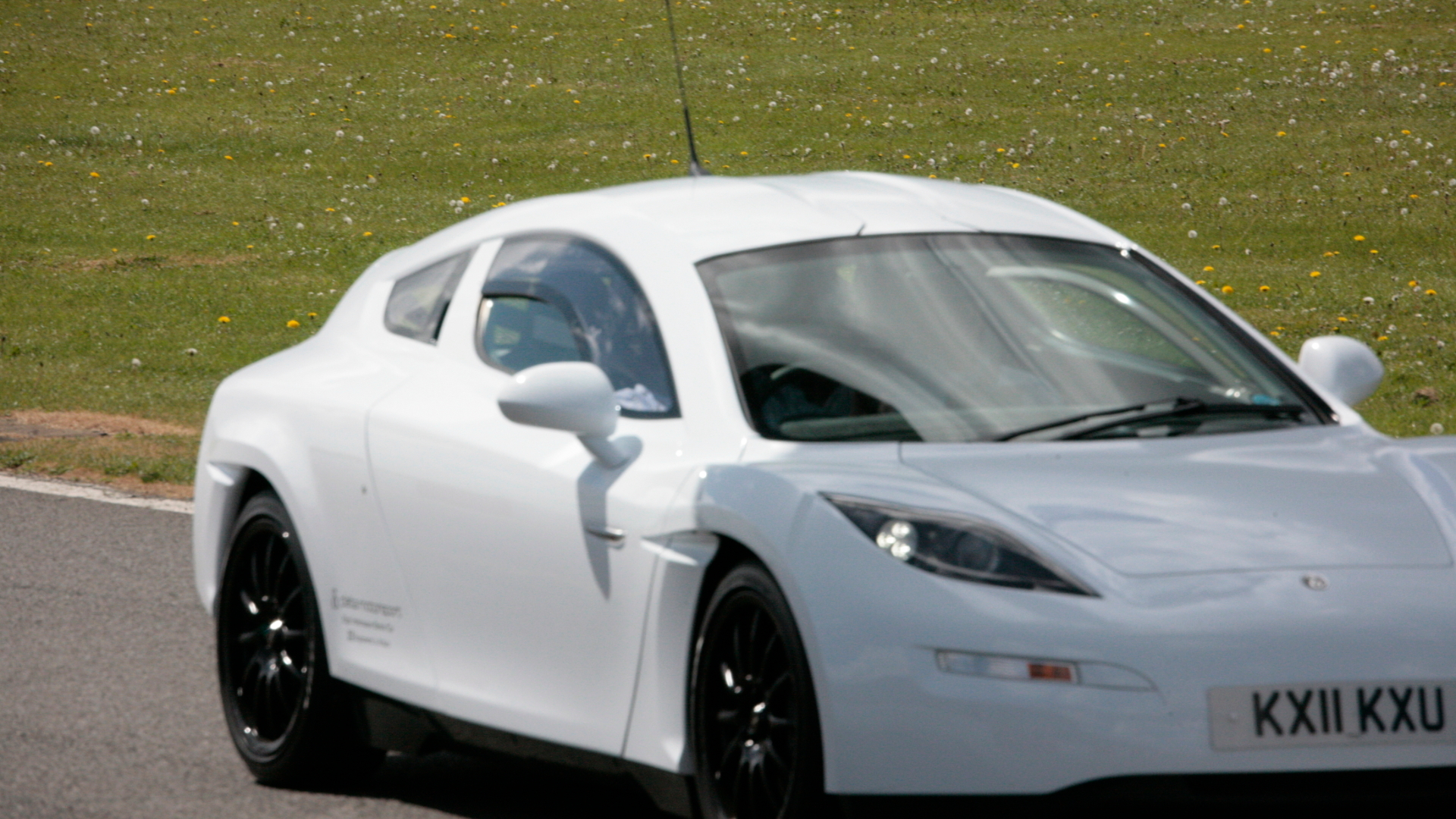 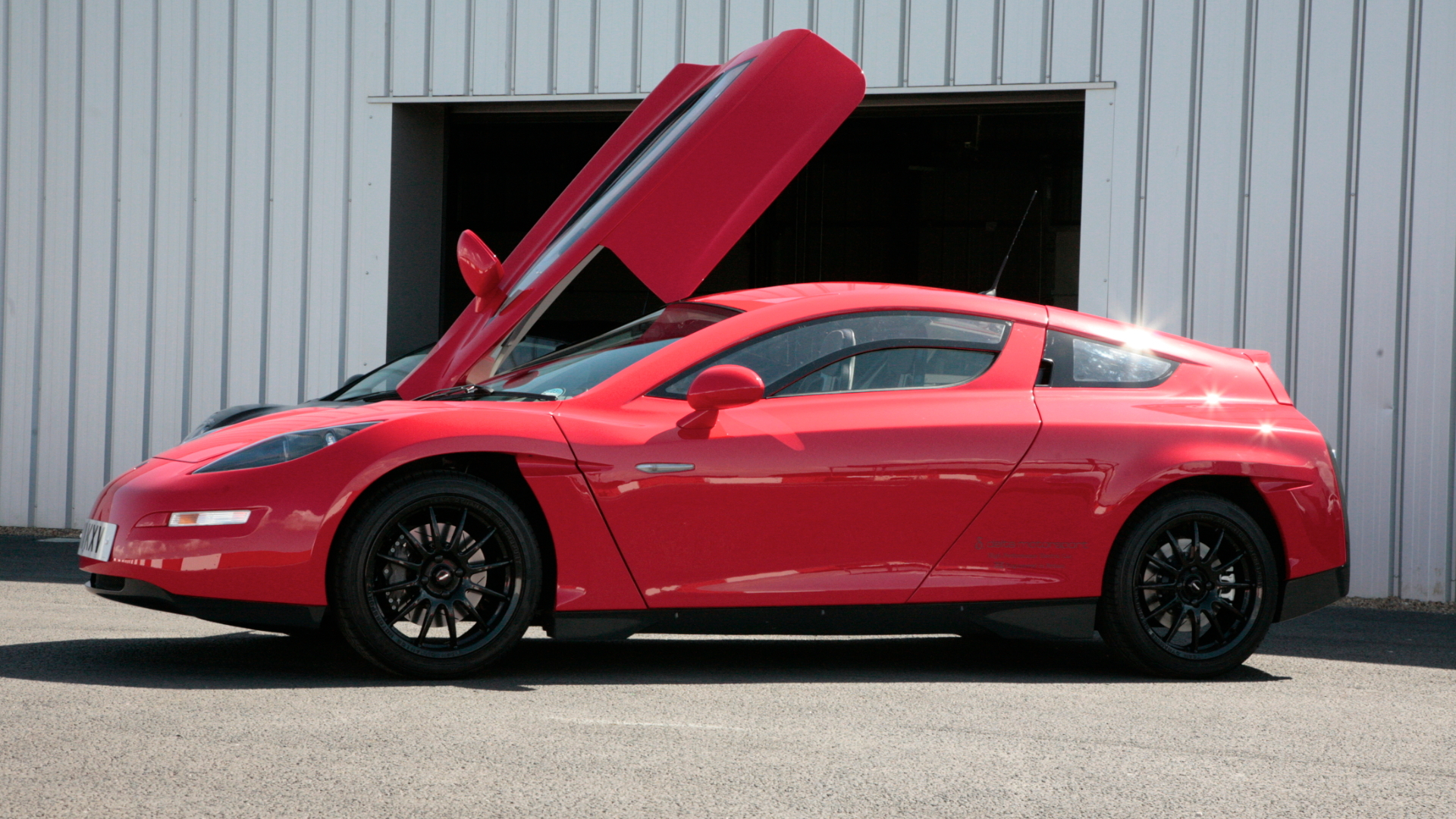 On Monday we showed you the first pictures of the Delta E-4 Electric Coupe, an all-electric sports car designed and built by Delta Motorsport.  Now it’s time to bring you our very own first person report from behind the wheel at the iconic Silverstone racetrack, home to the British Grand Prix.

We’ll forgive you if you haven’t heard of Delta Motorsport. We hadn’t. But as the name suggests, Delta Motorsport aren’t in the business of making cars to sell to the public.

At least, not until recently. Unlike Californian automaker Tesla Motors, Delta Motorsport isn’t looking to revolutionize the reputation of electric cars by making the best electric car on sale today. Instead it is looking to use its knowledge of motor racing to create a silent revolution in the very way in which electric cars are designed and built, from the racetrack to the very heart of Detroit.

Detla’s past projects have been cemented firmly in the world of motorsport, providing engineering services to everyone from Formula 3 race teams through to designing and building fifteen race cars for use in the Grand Prix Masters race series.

Delta Motorsport have even designed and built a two-seat Formula 1 race car, giving those without the prerequisite driving skills a chance to experience the sensory overload that is driving around a race track in a full specification racing car.

In short, Detla Motorsport is an engineering company first, and an automotive company second.

In fact, the Delta E-4 Electric Coupe isn’t the firm’s attempt to break into the mainstream automotive industry. Instead, the firm hopes it can use the E-4 as a technology demonstration vehicle, helping it to work in partnership with larger automotive firms to produce ultra-efficient sports cars.

And if it sells a few hundred of the estimated $115,400 coupe every year along the way, we’re sure it won’t complain.

Since the E-4 has been designed and built by a motorsport engineering firm, we feel it only fair to give you a brief rundown of the technical features first.

The use of carbon composites continues throughout the car, with everything from the body panels to the butterfly doors moulded out of ultra light, ultra strong composites such as glass-phenolic and polypropylene fiber composites for the lowest possible vehicle weight.

Aerodynamic drag is kept to a minimum too, with a semi-kammback design giving the Delta E-4 a drag coefficient of 0.27.

The car we drove was the Eco model, featuring a 32 kilowatt-hour Lithium Ion Phosphate battery pack constructed using 3,168 cylindrical cells, dual Oxford YASA Motors developing 553 ft-lbs of torque each and and dual power circuits capable of pushing the car to 60 mph in 6.5 seconds. Top speed is estimated to be around 116 mph and range an expected 140 miles.

The Sport version (which is yet to be built) features quad Oxford YASA Motor setup providing all-wheel drive and a larger 48 kilowatt-hour battery pack. 0-60 is achieved in a more Tesla-like 4 seconds, top speed is estimated to be 150 mph and Delta claim the E-4 Sport will reach an estimated 200 miles per charge.

Outwardly, the Delta E-4 looks a little like a 2012 Honda CR-Z, and with good reason: the design offers high performance and a low drag coefficient.

Unlike the Tesla Roadster with its low slung design and roadster seating design, getting into the E-4 Eco is relatively easy thanks to the large butterfly doors.  We were warned to handle the lightweight doors with care in the strong wind to ensure they didn’t act as giant sails on the 2,150 lb car, although when closed the doors felt solid and secure

In keeping with its racing car heritage, the E-4’s interior is basic but functional. The moulded carbon fiber seats only adjust for length and offer limited comfort. We’d imagine they would be fine for short trips or track days, but uncomfortable for longer trips.

Powering the E-4 on is achieved using a conventional key located on the steering column, with gear selection available through push buttons on the center console. A large touch-screen display gives access to all the usual information, including battery state-of-charge and motor temperature.

Positive driving from a prototype

Pulling away we were reminded that the Delta E-4 is only a prototype. There was significant judder from the 1:1 ratio drive as the motors ‘cog’ at low speed. Move beyond a few MPH and the torque of the motors kick in, giving smooth acceleration.

Beyond that, everything is well set-up. The steering is direct and responsive, with little under or oversteer at speed. Weaving it through the 1 mile “Stowe” circuit at Silverstone proved easy, with corners being handled well.

We pushed the car harder on subsequent laps, accelerating hard out of the corners. While doing so we noticed a grinding noise coming from the suspension, indicative of too much body roll or perhaps incorrectly setup suspension. Given the fact that we were among the first people to drive it on a track, we can forgive Delta for such obvious prototype ‘glitches’.

The brake system on the E-4 hints at its racing pedigree. Unlike a conventional road-going car braking system where the brake offers pretty large pedal travel, the E-4’s brake pedal has very short travel but excellent stopping power.

In fact, on a fast lap after a quick rain shower on standard road tires we managed to easily lock the brakes up approaching a corner, leading to an impromptu cut corner and a trip across the grass. Car and driver survived without scratch, and the car went on to complete many more laps before retiring to the pits. Of course, a production model would include appropriate anti-lock brakes, and we’re sure a driver familiar with the track could have commanded a faster lap without mishap.

The Delta E-4 Eco Coupe we drove showed great promise, although in its current state the car is clearly still a prototype in need of greater refinement to attract interest from those looking for a sporty road-car

However, put it on the track and the E-4’s racing pedigree shines through. Direct and responsive steering, suitable suspension and a set of race-spec tires could give hours of fun.

The E-4 we drove only had a two-wheel drive system fitted, but we’re convinced that the more powerful, faster, four-wheel drive E-4 Sport could give the 2011 Tesla Roadster some serious competition on track, provided it was properly set up for racing.

For now however we have to say the E-4 Eco Coupe lacks the same seat-of-the-pants acceleration its Californian rival offers.

Of course, we’re being a bit unfair comparing a prototype to a production electric car with four years of production under its belt. Compare it to an early pre-production Tesla 1.0, and we think the two cars would be much closer in performance, feel and response.

If the car we drove is anything to go by, Delta Motorsport are a firm to watch. With the right automotive partner, we think the E-4 could be the first proper all-electric sports coupe.