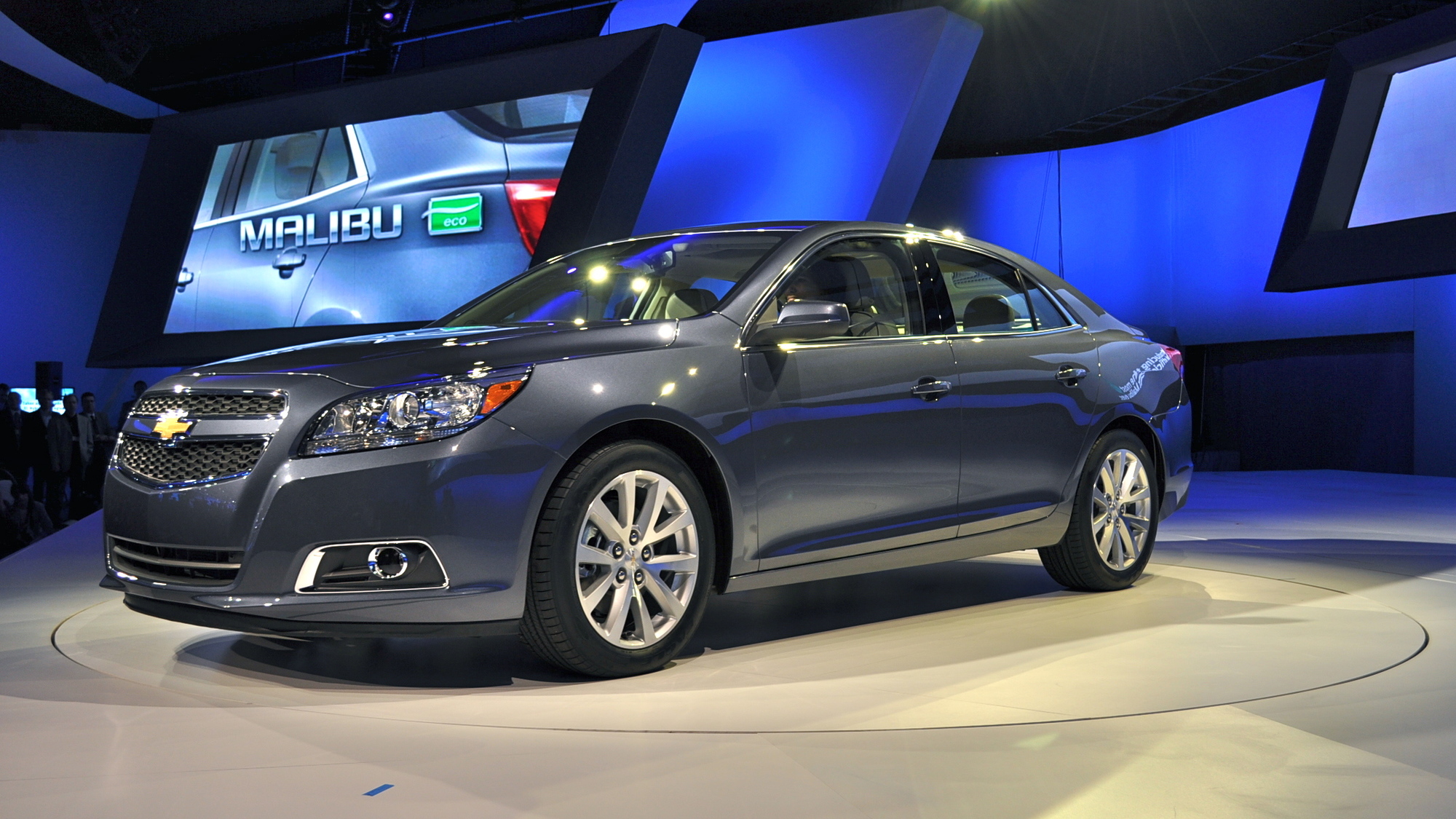 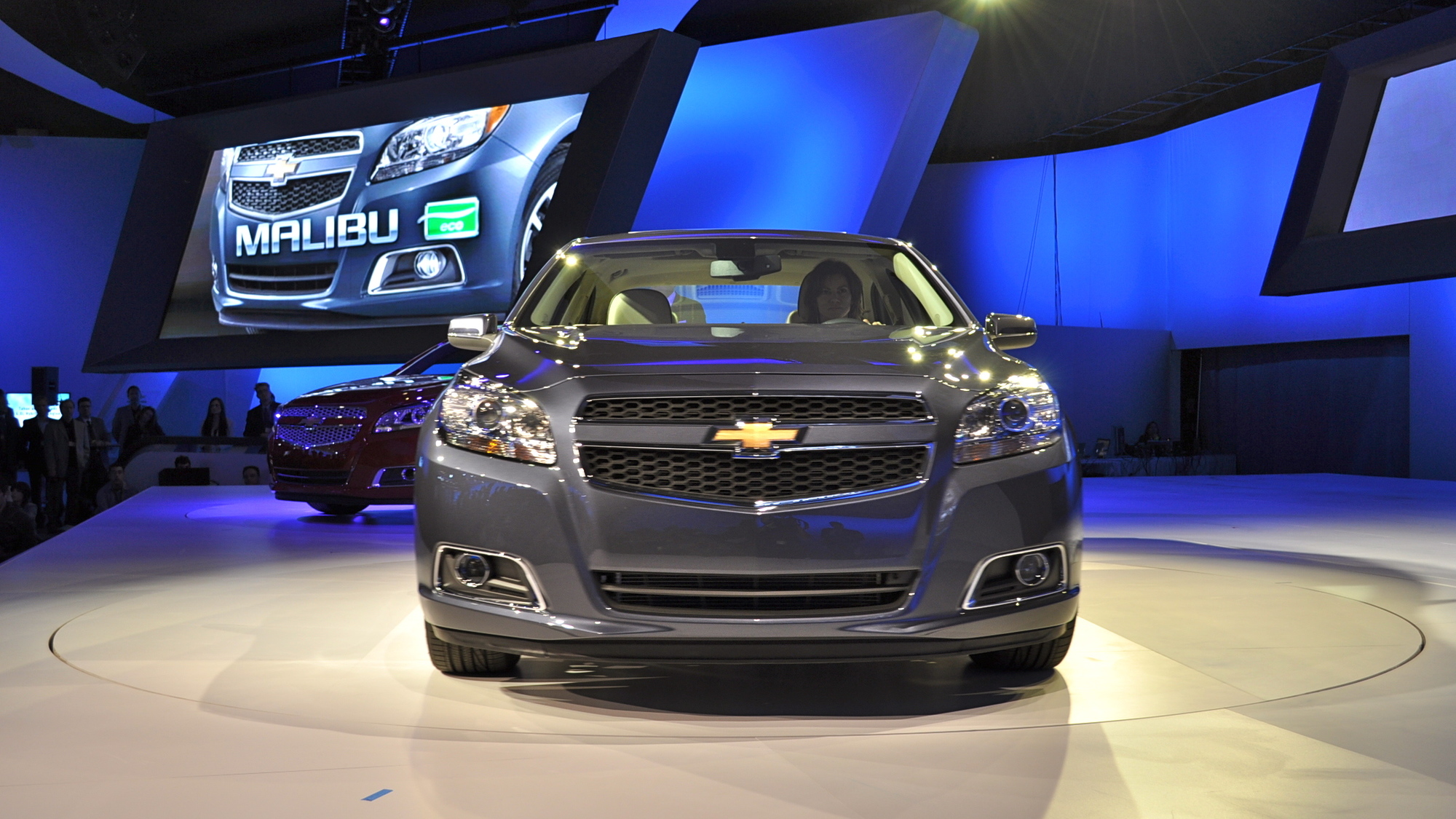 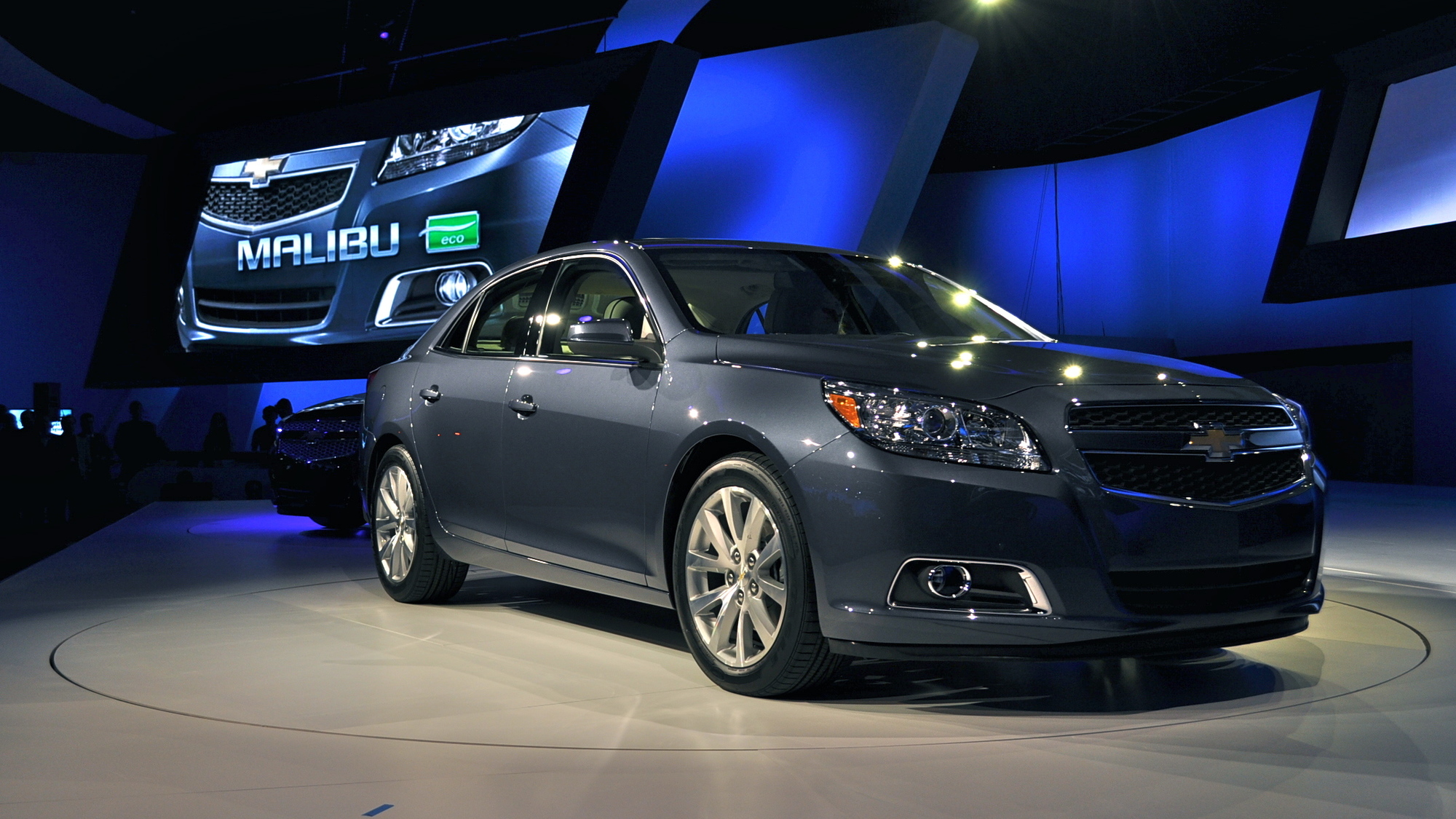 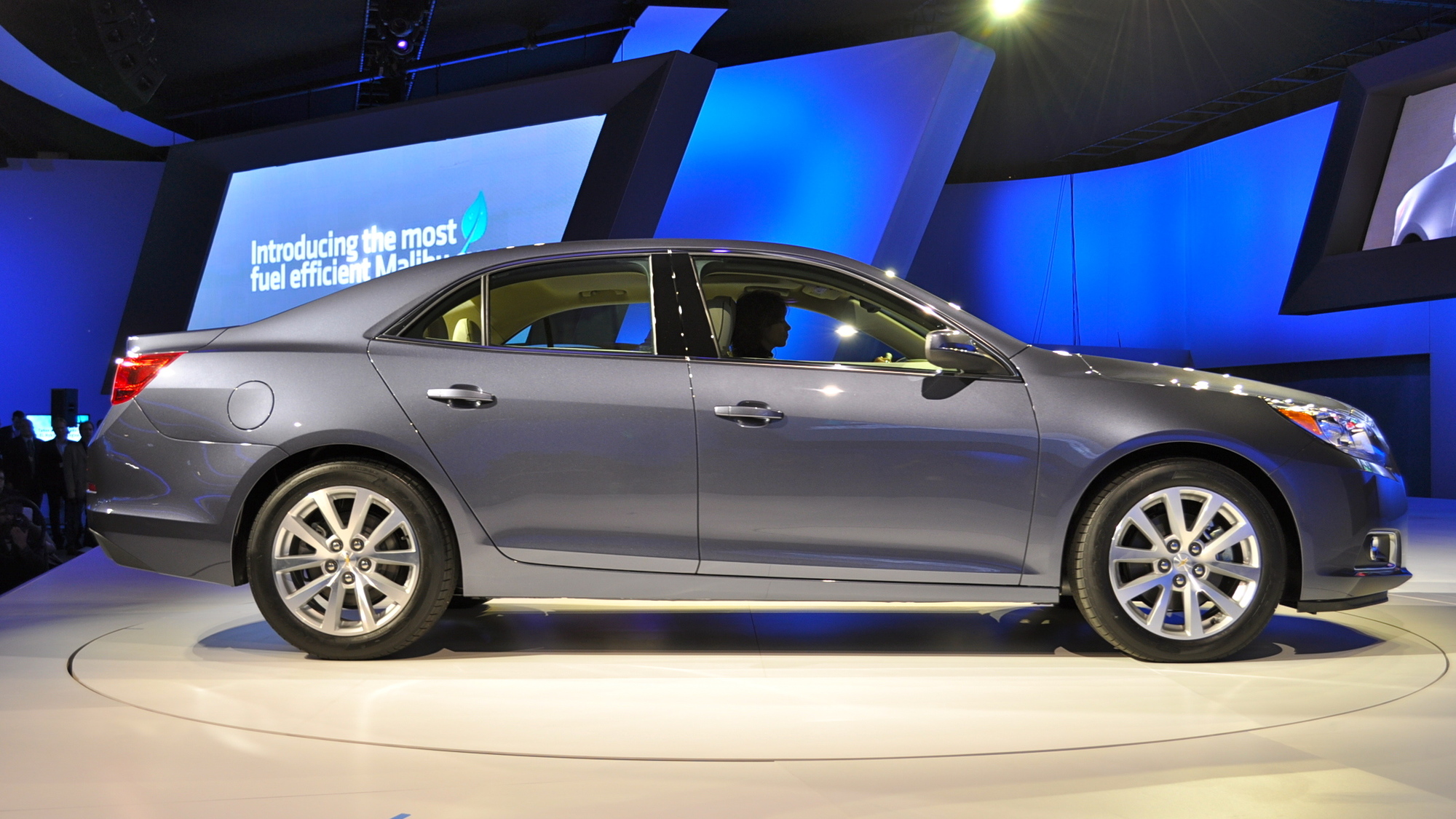 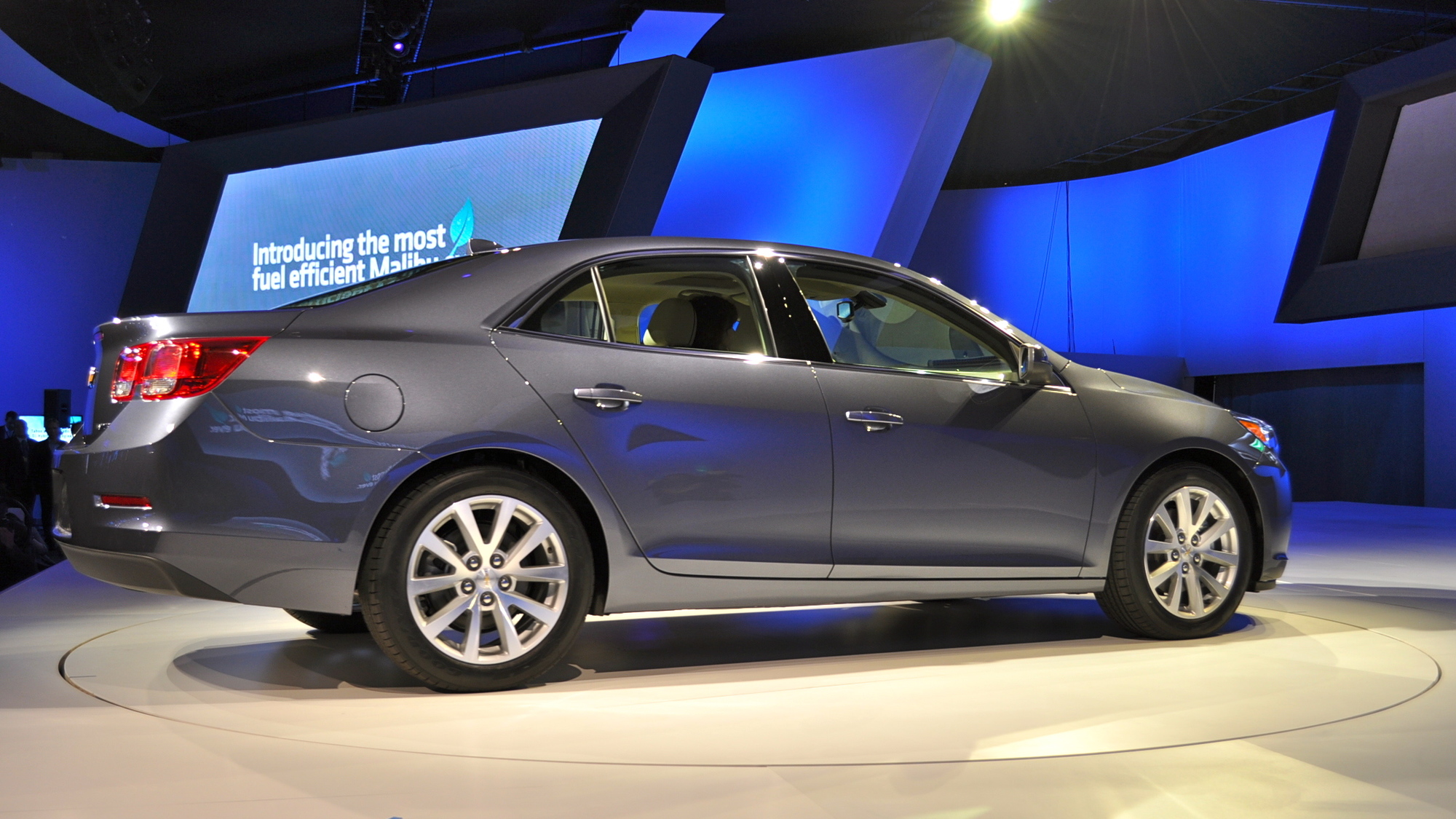 Today at the New York auto show, General Motors pulled the wraps off what it says is Chevrolet's first global mid-size sedan, the 2013 Chevrolet Malibu. And while the Malibu is a completely new car, with significant upgrades in safety and technology features, the true draw for those interested in making a green, informed, responsible choice is the new 2013 Chevrolet Malibu Eco.

Along with the redesigned exterior that all 2013 Malibu models will receive, the Eco model will get various aerodynamic enhancements—including electronically controlled air shutters, like in the 2011 Chevrolet Cruze Eco; redesigned mirrors, taillamps, and low-rolling-resistance tires; underbody panels; and an Eco gauge that encourages fuel-efficient driving and indicates when the Auto Stop feature is activated (at a stoplight, for instance).

The Malibu Eco will be the first Chevrolet to get eAssist, a system that's based on what GM had previously called a mild-hybrid system but is now calling "light electrification technology." In any event, the Malibu Eco's fuel economy ratings are stellar—and class-leading—at 26 mpg city, 38 highway.

Editor John Voelcker earlier this year got the chance to drive a 2012 Buick LaCrosse with the eAssist system and 2.4-liter four-cylinder engine (essentially the same combination as in the 2013 Malibu) and found the system smooth and unobtrusive—although odd throttle coordination and a little more howl under full throttle distinguished the system from an ordinary four-cylinder sedan.

Interestingly, GM is using the Malibu Eco's not-quite-a-hybrid as a bargaining point here, and pointing out that its 38-mpg highway figure actually beats the figures for some hybrids—like the Toyota Camry Hybrid. "The Malibu ECO is a smart choice for customers who want excellent fuel economy without the price premium of popular hybrid sedans," said Rick Scheidt, vice president of Chevrolet marketing.

Based on that hint, expect Malibu Eco prices to ring in only somewhat higher than standard four-cylinder models. Pricing is, of course, a long ways away as these models won't hit U.S. dealerships until calendar year 2012.

In the meantime, click through the images above for a glimpse of what a roomy, 38-mpg Chevy sedan will be like, and be sure to head over to Motor Authority for all the latest from the New York auto show.