Say "hybrid" and most U.S. buyers think Toyota, if not Toyota Prius. Indeed, the company just sold its millionth Prius in the United States, where roughly half of the 2 million Priuses it had built as of last fall have found homes since 2000.

The oldest Lexus hybrid on the market right now is the midsize GS 450h sedan, which debuted in 2006.

And its time for renewal is about to come, with Lexus releasing a pair of teaser photos of a concept car it'll unveil in two weeks' time at the 2011 New York Auto Show.

The LF-Gh concept, according to the solemn language in the release, "sets out to redefine the premium grand touring sedan." Translation: It's a mildly disguised indicator of what the next GS will look like. 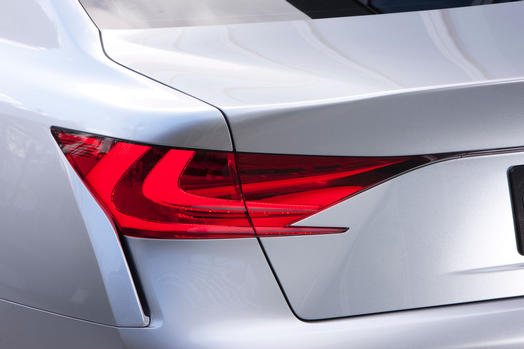 The car, as the release goes on to say, "conveys original thoughts and ideas" (that's good, we hate those used thoughts that someone's had before) which "may migrate to future Lexus vehicles on a global scale."

In other words, some of the styling cues Lexus will show will appear in other Lexus vehicles beyond the refreshed GS, which is likely to be launched as the 2012 Lexus GS.

No word yet on whether it'll carry a revised version of the company's Hybrid Synergy Drive system, or perhaps even an advanced lithium-ion battery to replace the nickel-metal-hydride pack found in all previous Lexus hybrids.

We'll bring you all the green-car news from the New York Auto Show as it happens. The media days in New York kick off on Wednesday, April 20.