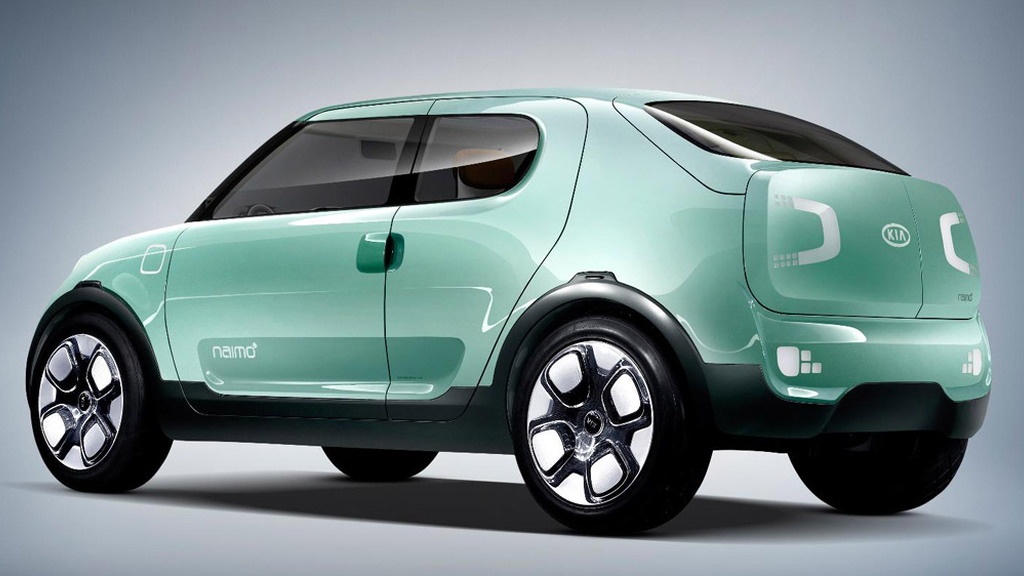 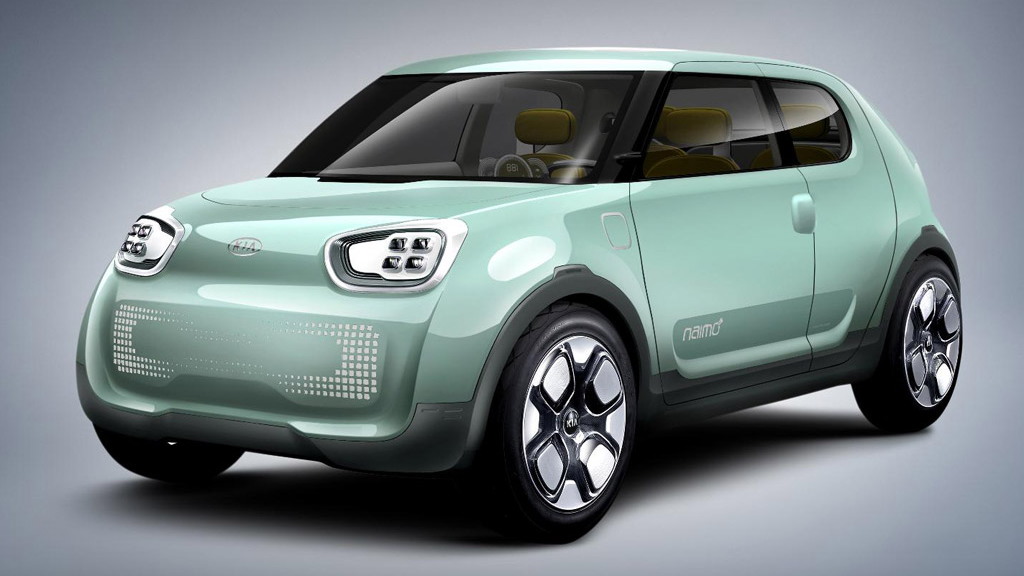 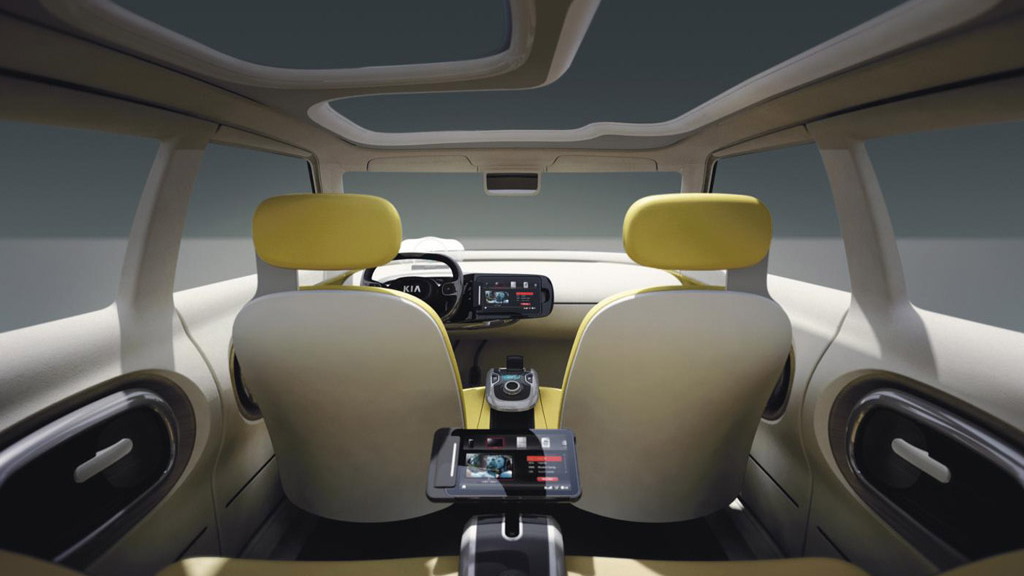 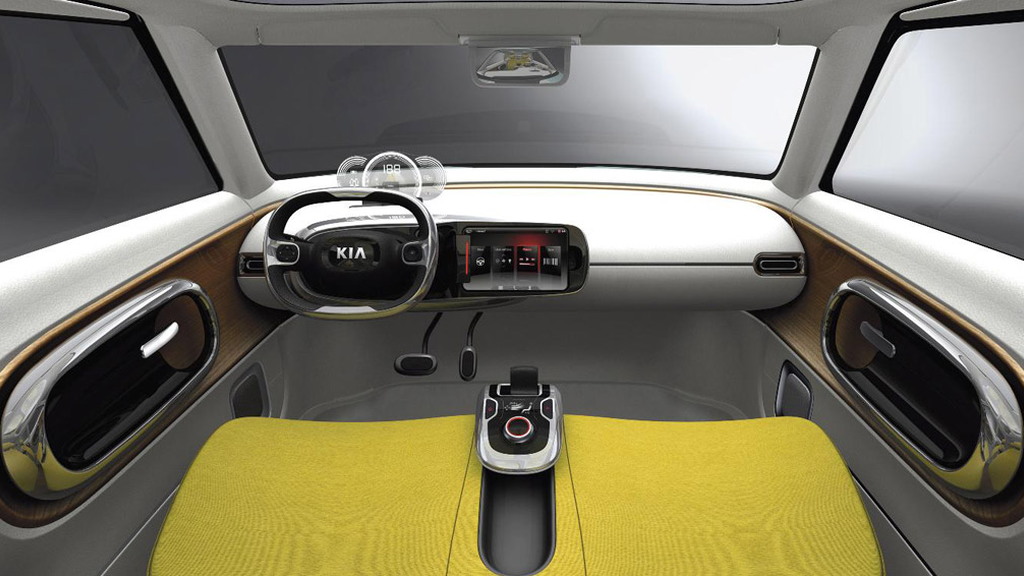 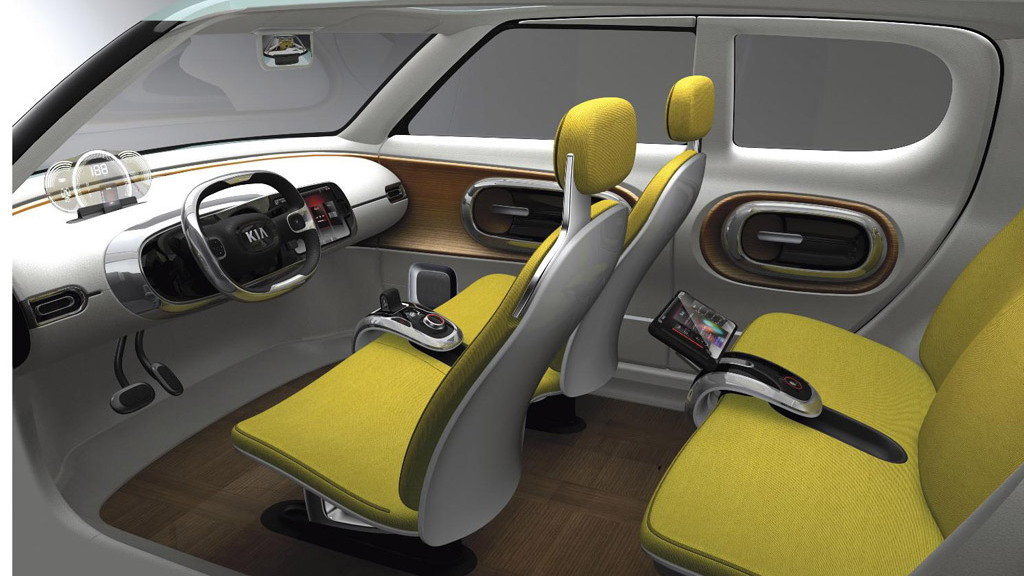 Kia has taken the wraps off its third electrified concept car in the space of a year (the previous being the Pop and Ray), strongly suggesting that we’re at the start of what could eventuate into an electric car revolution within the South Korean automaker. The latest concept is the 2011 Kia Naimo, which made its world debut earlier today at the 2011 Seoul Motor Show.

Taking its name from the Korean word “Ne-mo” (no, not Nemo the fish), which roughly translates to 'square shape', the electric crossover concept was penned by Kia’s South Korean design team and is characterized by its simple lines and muscular stance.

That’s because the Naimo’s most interesting features cannot be seen. Under the hood is a Permanent Magnet Synchronous Motor with a maximum output of 80 kW (110 horsepower) and 206 pound-feet of torque. This enables the Naimo to reach a respectable top speed of 93 mph.

A twin-pack 27 kWh battery is located under the boot floor and uses innovative Lithium Ion Polymer technology that offers numerous advantages over other battery types. Equipped with this battery, the Naimo has a driving range of 124 miles on a single charge. Helping achieve this range are special low-drag 20-inch alloy wheels wrapped with low rolling-resistance tires.

Charging takes about five hours using a regular household power outlet but according to Kia, special quick charge systems can fill the batteries to 80 percent of their overall capacity in just 25 minutes.

The good news for electric car fans is that the Naimo isn’t just for show. It will now join Kia’s growing test fleet of hybrid, electric and fuel-cell vehicles being extensively driven in widely varying conditions to develop future production models with zero or significantly reduced emissions.