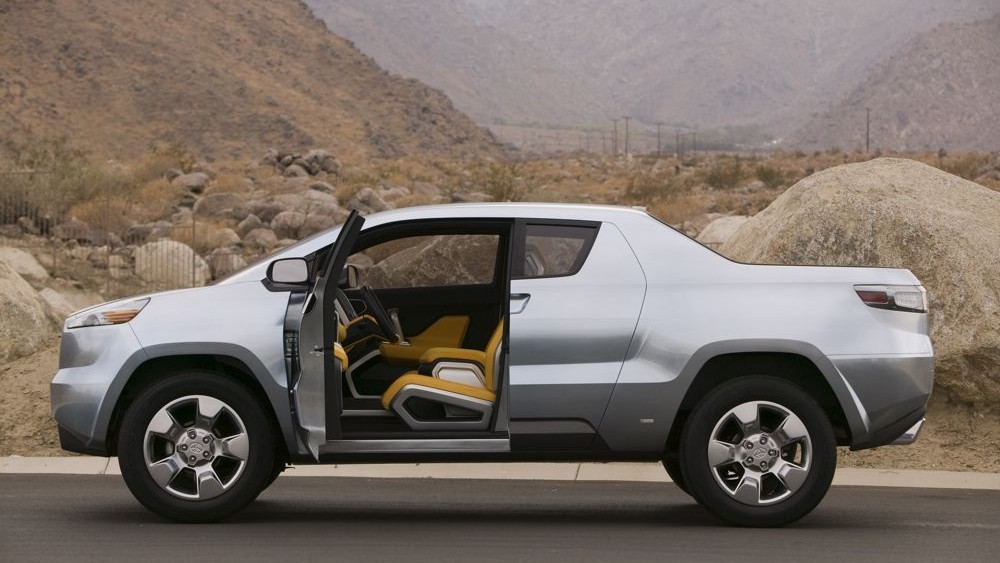 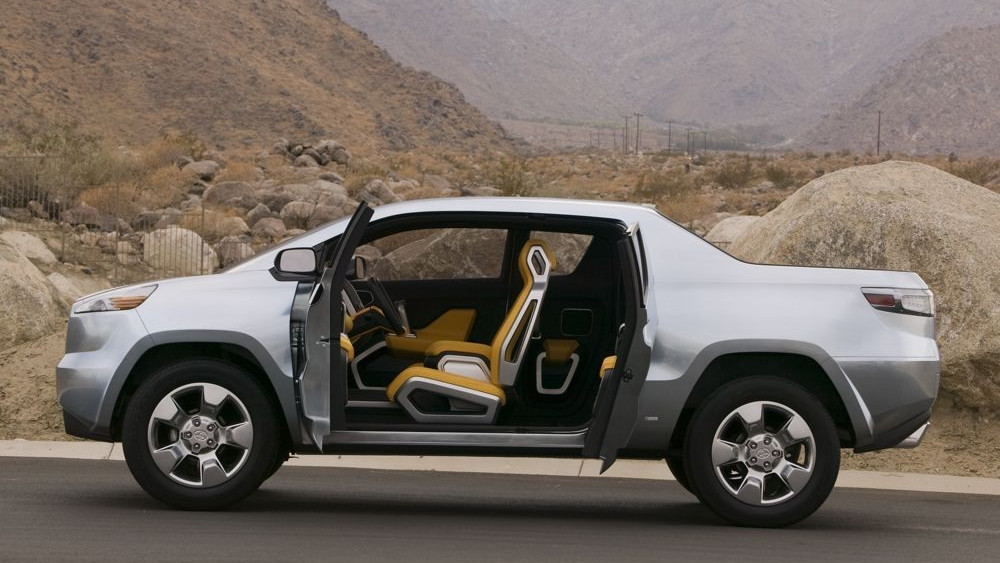 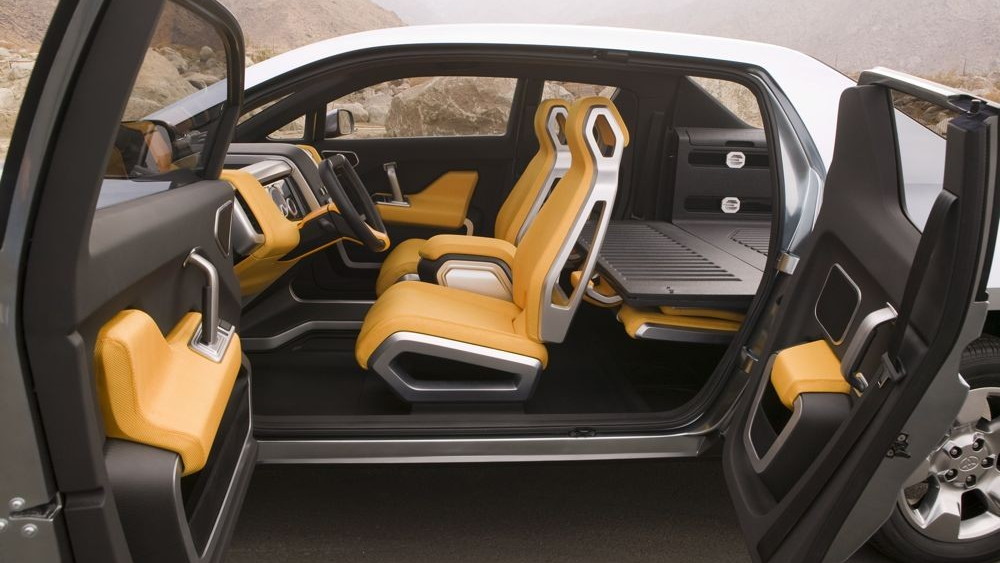 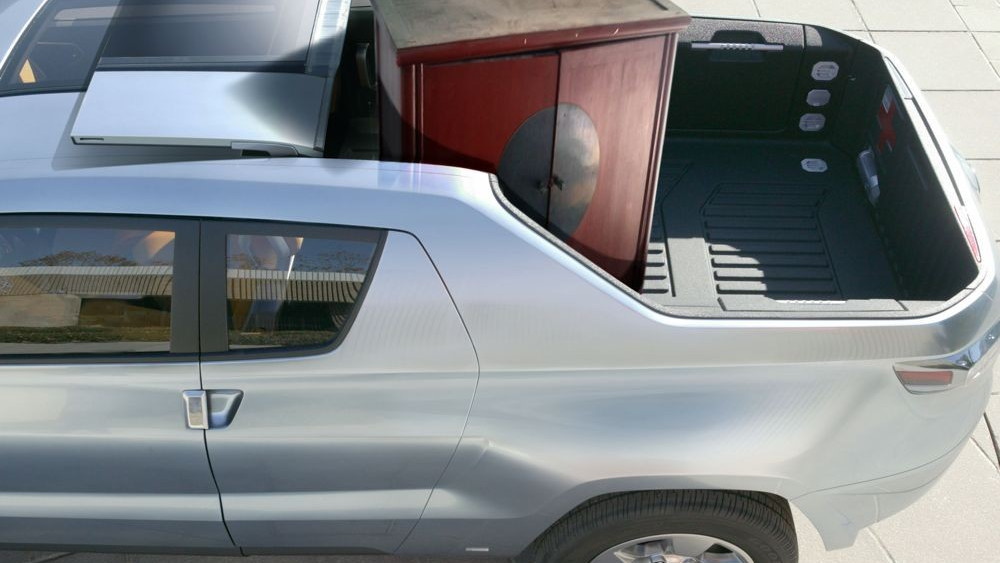 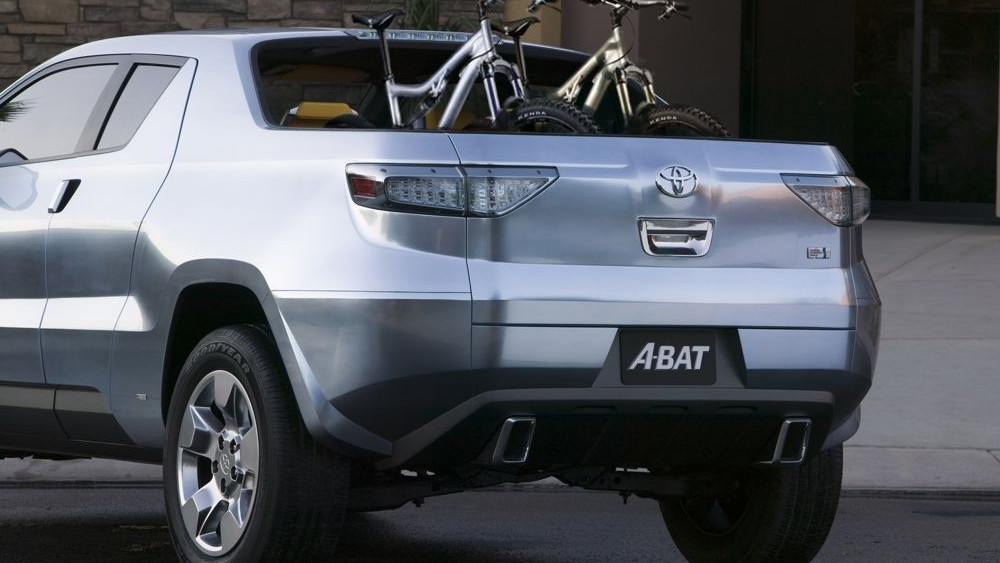 Auto shows are a great place to get rumors--or even wild fantasies--confirmed. (Or, occasionally, dismissed contemptuously--but that's a different story.)

Following today's Toyota press conference that introduced the Prius V multipurpose vehicle that will go on sale as a 2012 model, and unveiled the Prius C concept for a compact hybrid to be launched next year, another possible Prius permutation proved to be a pickup.

Though considerably more daring in design, the Toyota A-BAT was closest in spirit to the current Honda Ridgeline: a four-door, unibody

While the A-BAT concept was well received, economic recession ended any immediate development plans. Now, Carter said, a Prius pickup could be considered. "It’s not off the table," he told PickupTrucks.com, "but nothing is decided at this point.”

Would you consider driving a Toyota Prius pickup truck? What would be the pros and cons? Tell us what you think in the Comments section below.