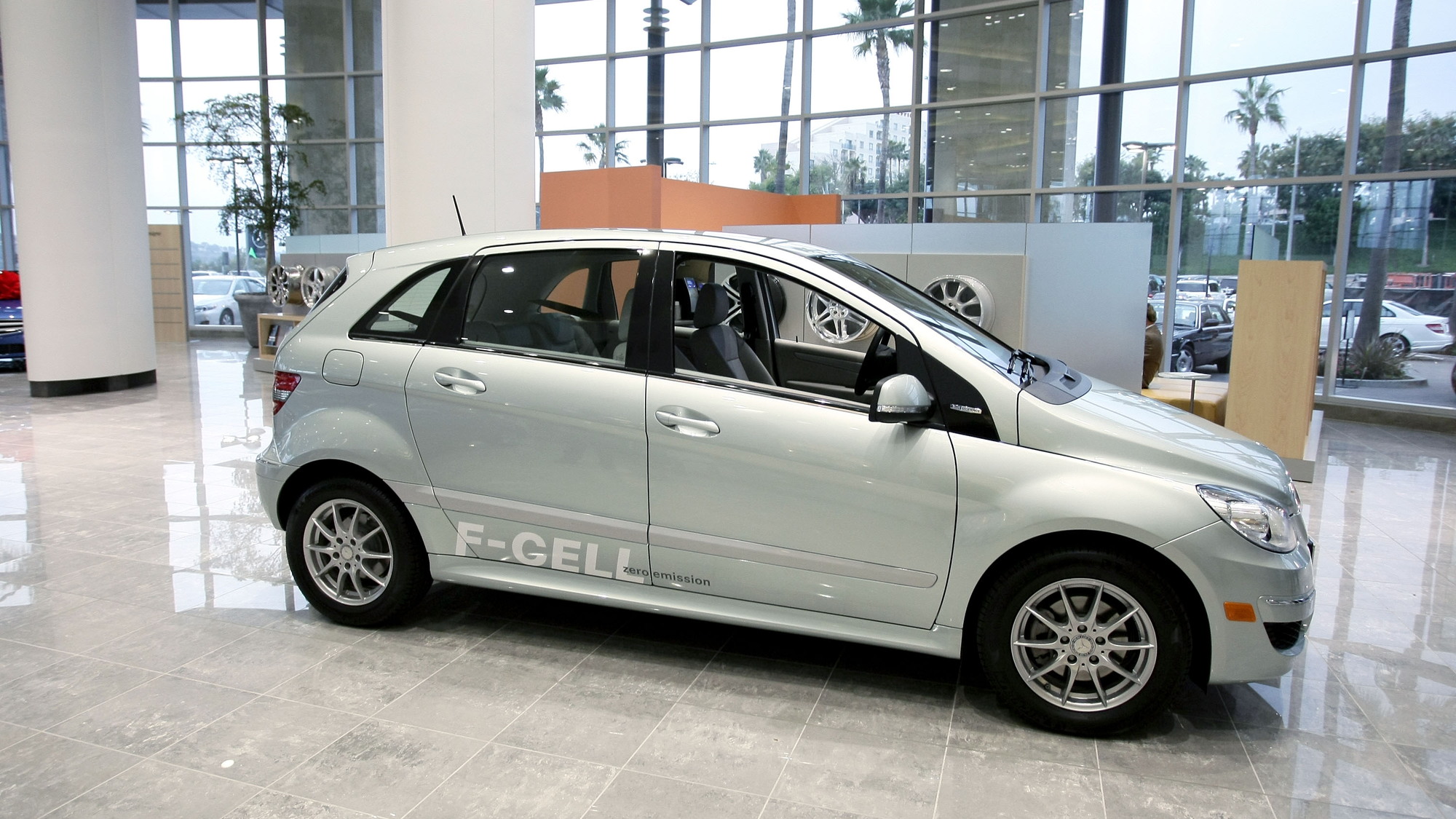 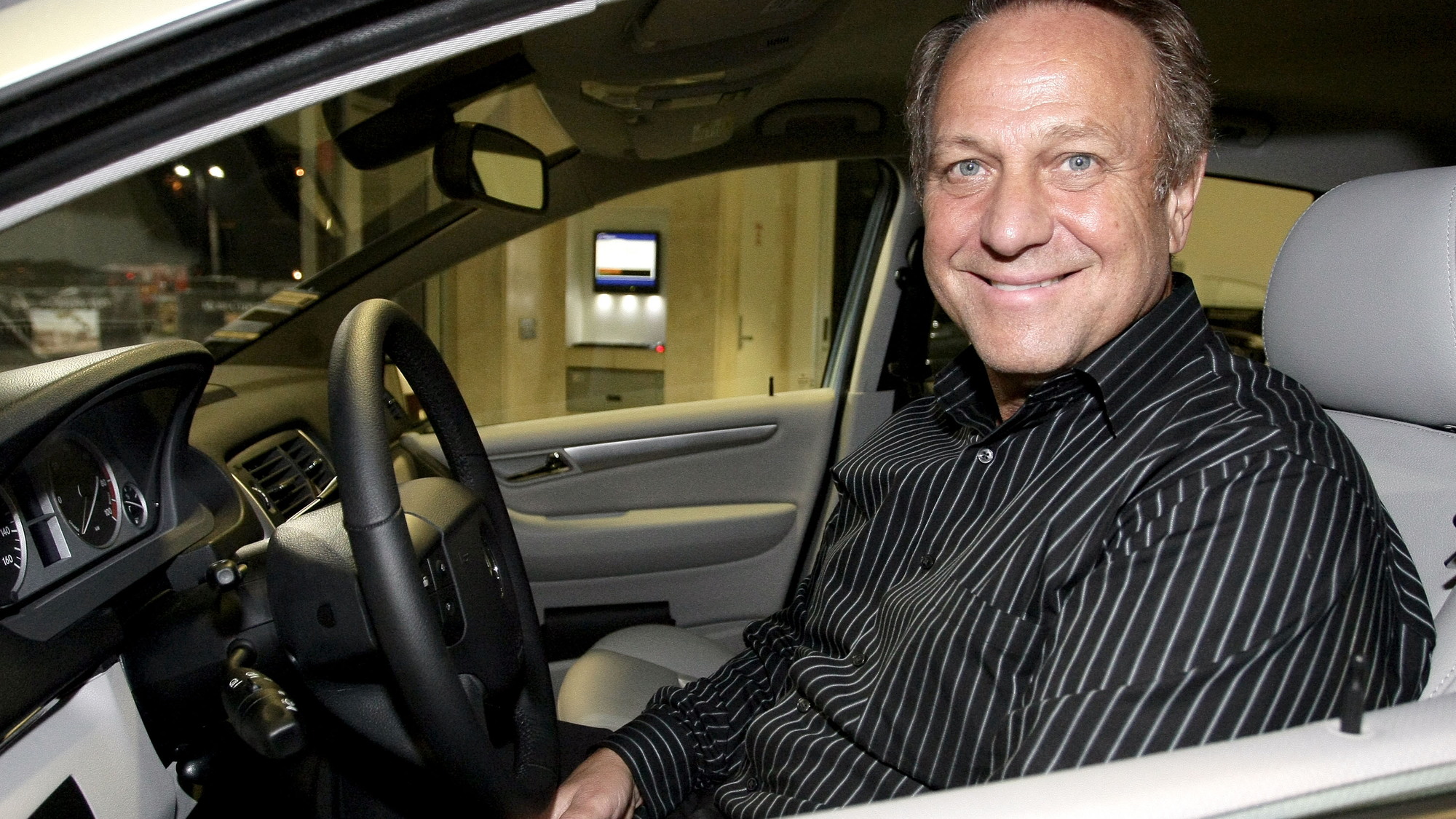 It's the week of green-car delivery publicity. Nissan delivered its first Leaf in San Francisco Saturday (and three more in San Diego, Portland, and Southern California this week), and not to be left out, Chevy delivered a Volt this morning in New Jersey.

Well, damnit, says Mercedes-Benz, we delivered our own green car too!

Indeed, yesterday, the company handed over the keys (or keyless fob, we're not sure which) to a brand-new 2011 Mercedes-Benz B-Class F-Cell at the Mercedes-Benz Newport Beach dealership.

It is the first of about 70 hydrogen fuel cell vehicles it is offering on three-year leases to qualifying residents in two California regions. The lease includes both insurance on the car and the cost of fuel.

At a lease cost of $849 per month, the compact five-door hatchback isn't for everyone. And Mercedes-Benz itself says only a few of them will go to private customers, as the company is also targeting "fleet operators, public institutions, [and] public figures" to drive its alternative-fuel showpiece.

The new B-Class F-Cell driver is Vince Van Petten, Executive Director of the Producers Guild in America. He follows in the honored footsteps of other film-industry figures who've been awarded hydrogen fuel-cell vehicles to drive, including Jamie Lee Curtis and young actress Q'orianka Kilcher, who drives a Honda FCX Clarity.

Honda has  now leased almost two dozen FCX Clarities in the Los Angeles area, which currently has 10 hydrogen refueling stations. The FCX Clarity is the only hydrogen fuel-cell vehicle that can claim to be in continuous series production, albeit at a very low level.

According to Mercedes-Benz, the company chose Van Petten for his "proximity to hydrogen fueling stations, his driving habits, his understanding of environmental issues and his propensity to be an advocate for fuel cell technology."

The 100-kilowatt (136-horsepower) electric motor that drives the front wheels of his new ride delivers performance equal to that of a compact car with a 2-liter gasoline or diesel engine.

Its range on the 4 kg (9 lbs) of high-pressure hydrogen stored in its tanks is roughly 250 miles. It is, more or less, an electric car, since the fuel cell housed in the car's sandwich floor structure delivers electricity to its lithium-ion battery when hydrogen combines with airborne oxygen in the fuel cell to produce electricity and water vapor.

The B-Class F-Cell test program is one of many on the growing list of limited-production test fleets. Such programs let automakers accumulate data on how U.S. drivers use their cars and how new powertrains--from plug-in hybrids and battery electrics to hydrogen fuel cells--actually respond to the demands of real-world drivers.

The 2011 Mercedes-Benz B-Class F-Cell is the second generation of fuel-cell vehicles the company is testing in the States. It follows a smaller fleet of A-Class subcompact hatchbacks fitted with hydrogen fuel cells that have been on test since 2004.