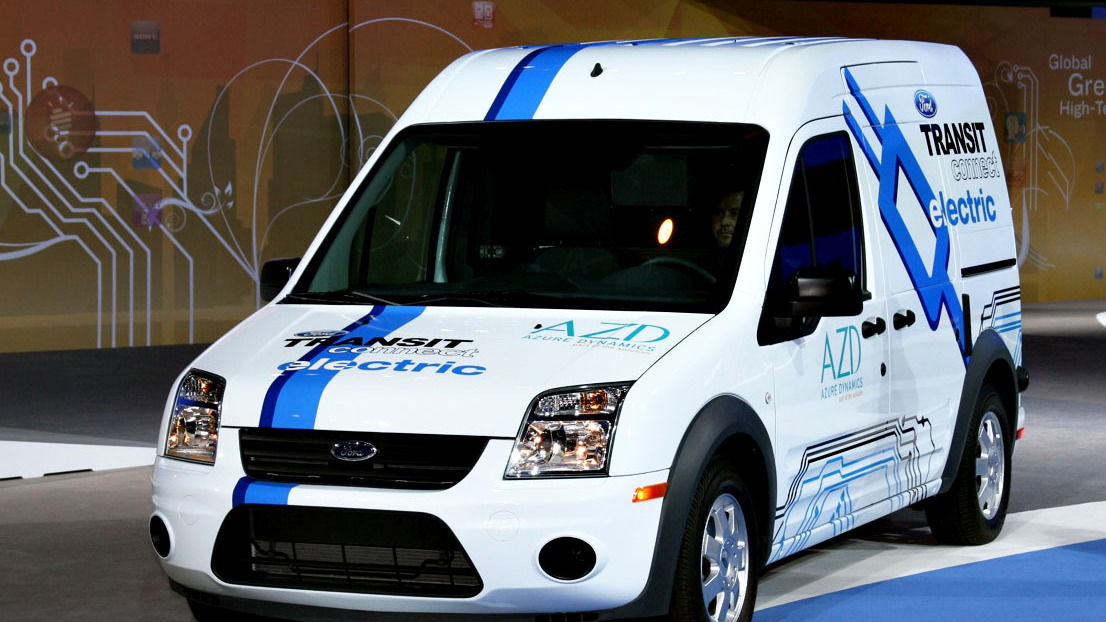 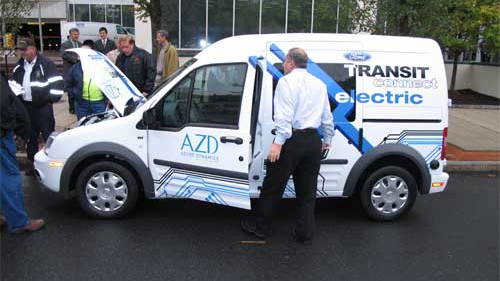 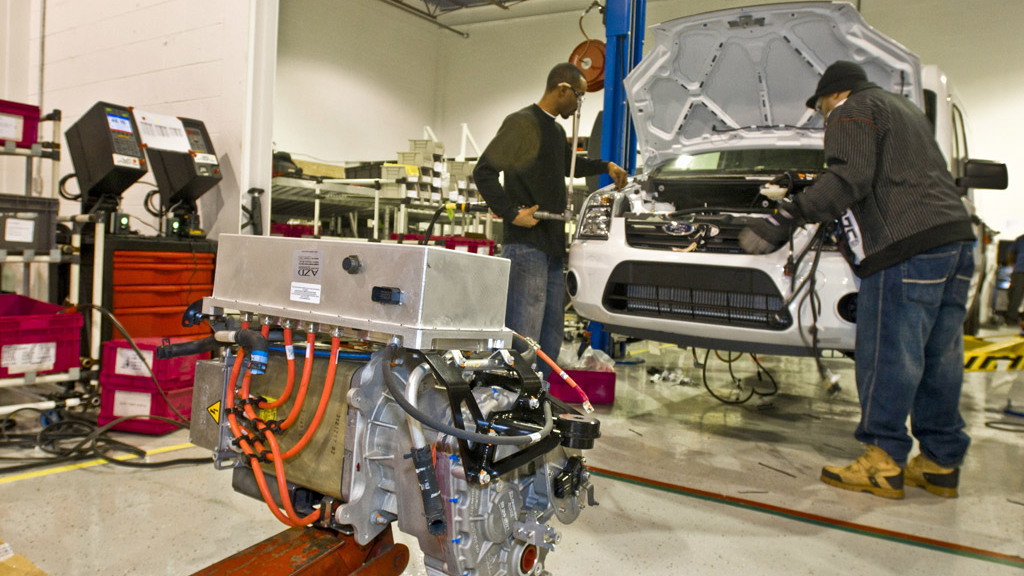 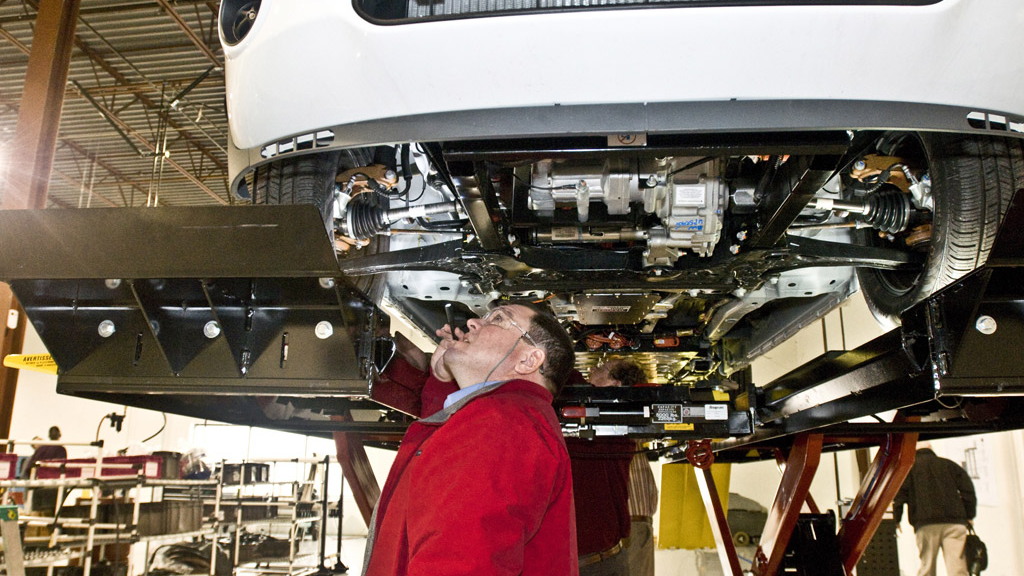 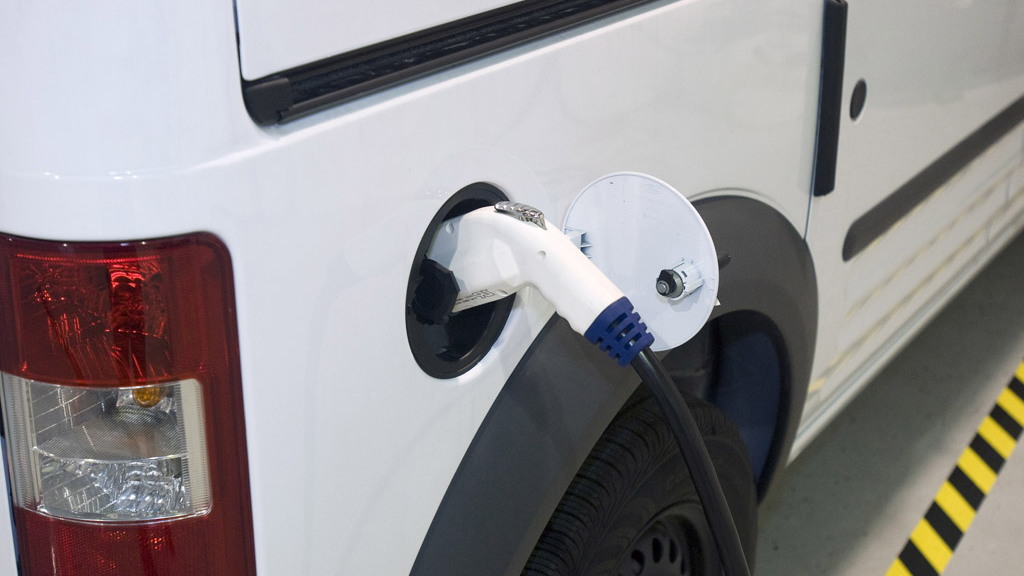 The first of Ford’s new Transit Connect Electric commercial vans are being delivered to customers in North America and the UK, just 13 months after Ford initially announced plans to develop the zero-emissions vehicles. To help speed their development Ford joined forces with Azure Dynamics, a Detroit-based company that provides the battery-powered electric drive system for the vehicles.

Assembly of the Transit Connect Electric vans is being handled by AM General at its plant in Livonia, Michigan, and so far the entire first production run has been accounted for. A total of seven companies are taking delivery of their first units in 2010, with the remainder of their orders to be filled in 2011. The list includes the lies of AT&T, Southern California Edison, Xcel Energy, Johnson Controls Inc., New York Power Authority, Canada Post and Toronto Atmospheric Fund EV300.

Charging takes about 6 to 8 hours using 220-Volt current, of the type used for clothes dryers and electric stoves, or "longer" on standard 110-Volt wall current.

Ford eventually hopes to see production reach about 600 to 700 vehicles are year, both here in the U.S. and in Europe too. The plan is to target small businesses and fleet operators who may only drive the 41 miles per day that commercial vehicles average each year (figure based on U.S. Department of Transportation data).

The key benefit is that the Transit Connect Electric is expected to offer lower cost of operation, because charging with electricity is generally less expensive than fueling with gasoline. For more details, check out John Voelcker’s extensive report by clicking here.