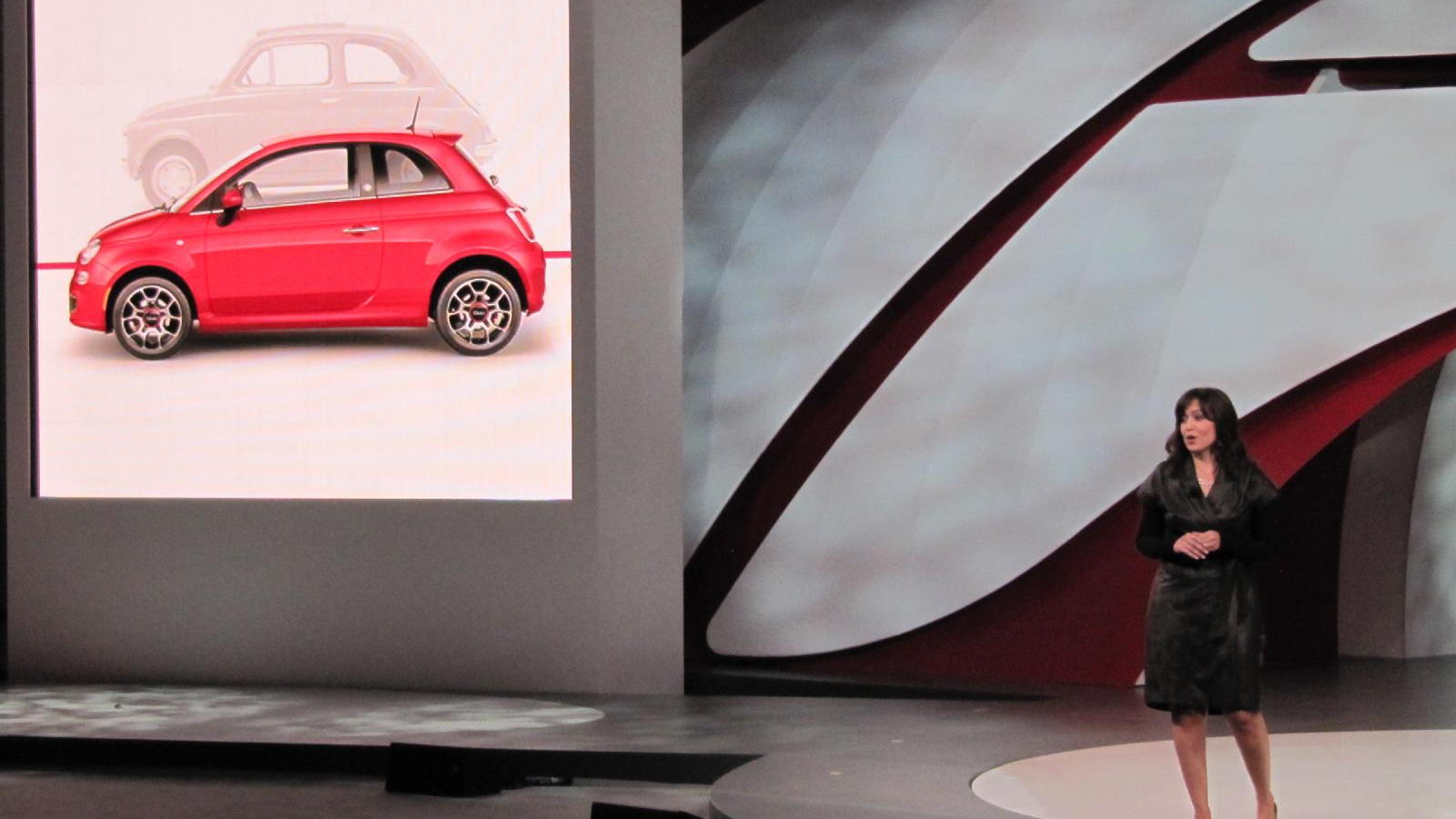 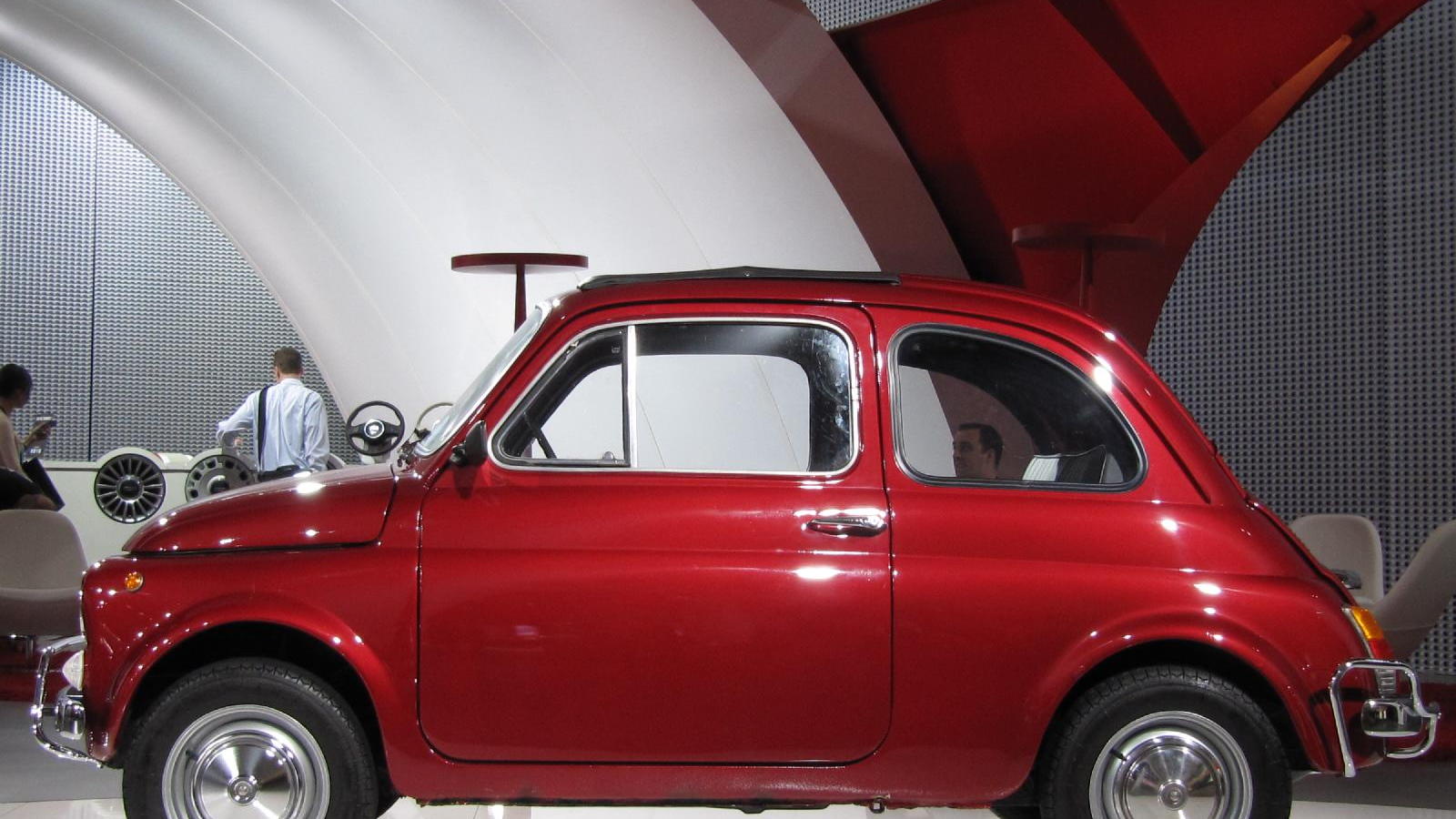 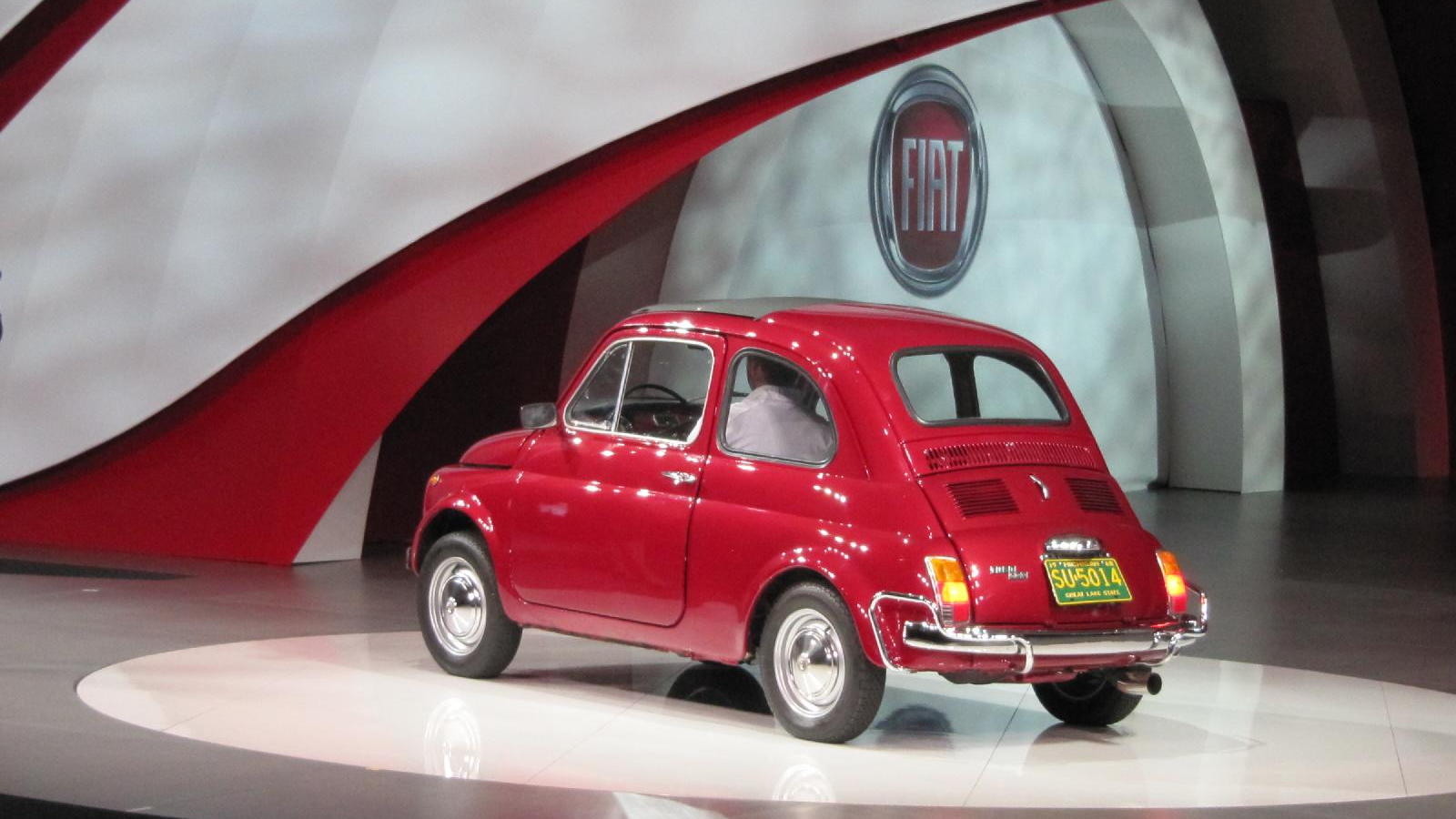 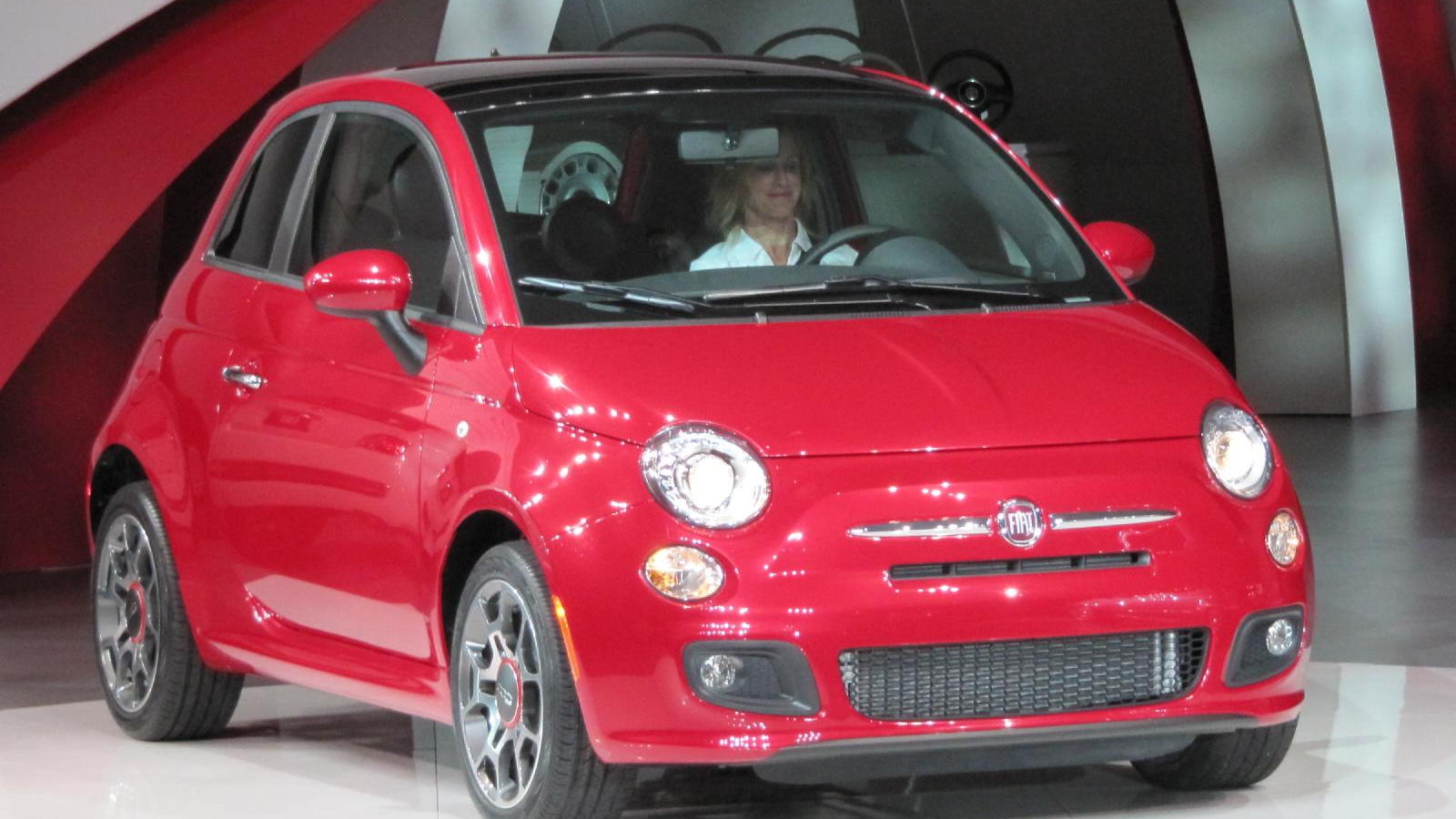 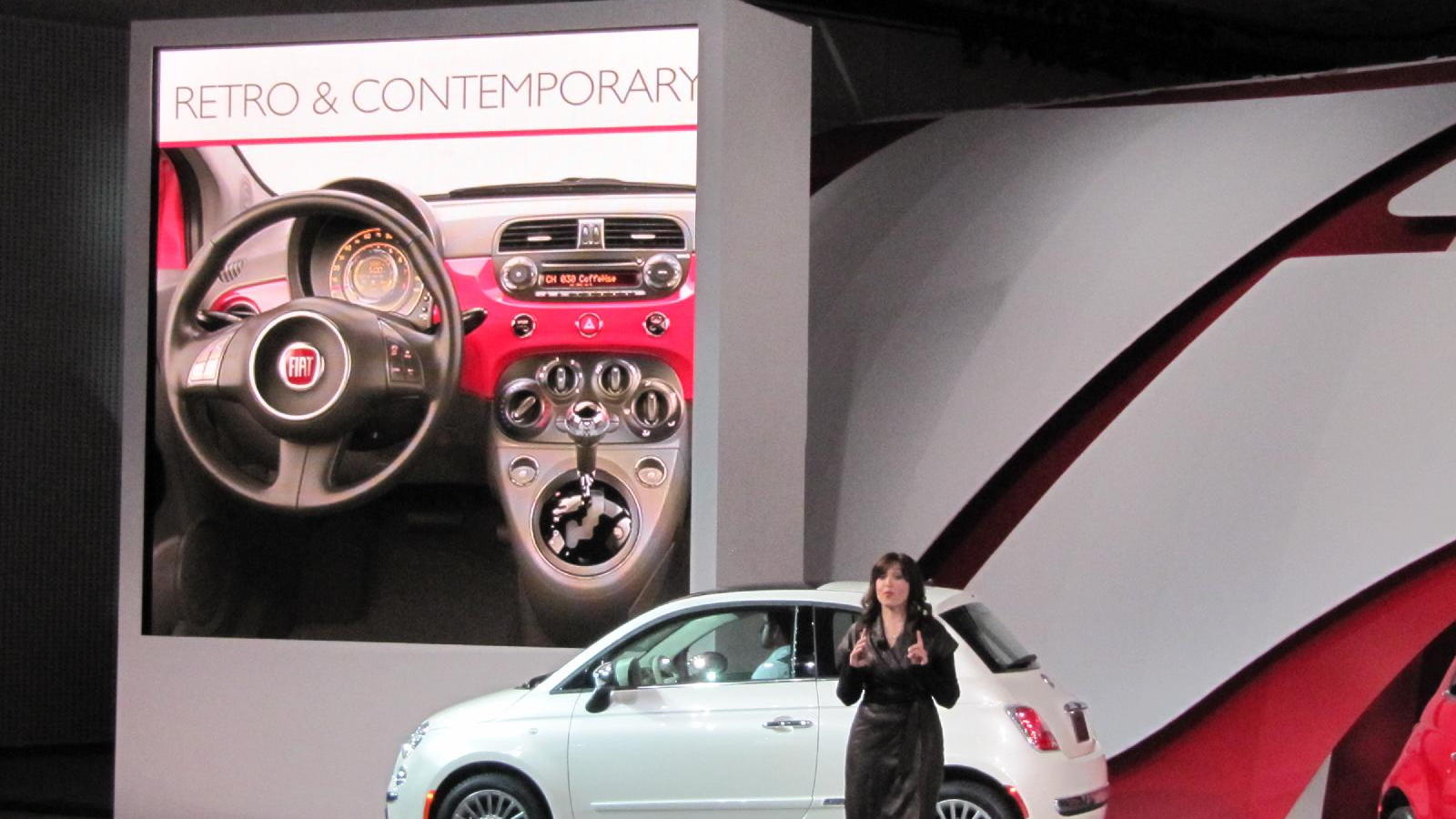 The 2012 Fiat 500 minicar is the first all-new car to be sold as part of Fiat's takeover of Chrysler.

It's also a very cool and stylish little vehicle that won numerous awards in its first year on the market ... and it's the kind of car conventional wisdom says will never, ever sell in the U.S.

Nonetheless, a newly confident Fiat USA launched the car at the 2010 Los Angeles Auto Show, bringing on Laura Soave, head of Fiat North America, to show (even before the car itself) a photo of herself as a child standing on her Italian grandparents' original 500.

The message? The Fiat 500 is a car that's about passion, a car that buyers will fall in love with. But--hewing to today's market realities--they will do so for rational reasons (downsizing, practicality, economics) as well as the tug of the heart.

The 500 marks the return of the Fiat nameplate to the U.S. after an ignominious retreat more two decades ago, and its sales through newly designated Fiat dealers from within the Chrysler-Dodge-Jeep-Ram dealership body will be closely watched.

We'll have full details of the car--including its three trim levels, named Sport, Pop, and Lounge--shortly. Meanwhile, we hope these photos will transport you to the press launch and give you a first look at the undeniably stylish 2012 Fiat 500.

There are, we should point out, many more models to come, among them the Abarth performance version, the 500C Cabriolet with roll-back cloth roof, a larger four-door model developed exclusively for the North American market, even an all-electric version.

Imagine yourself in the Los Angeles Convention Center, and feast your eyes on the 2012 Fiat 500.

Then tell us what you think of the car--would you buy one?--in the Comments section below.