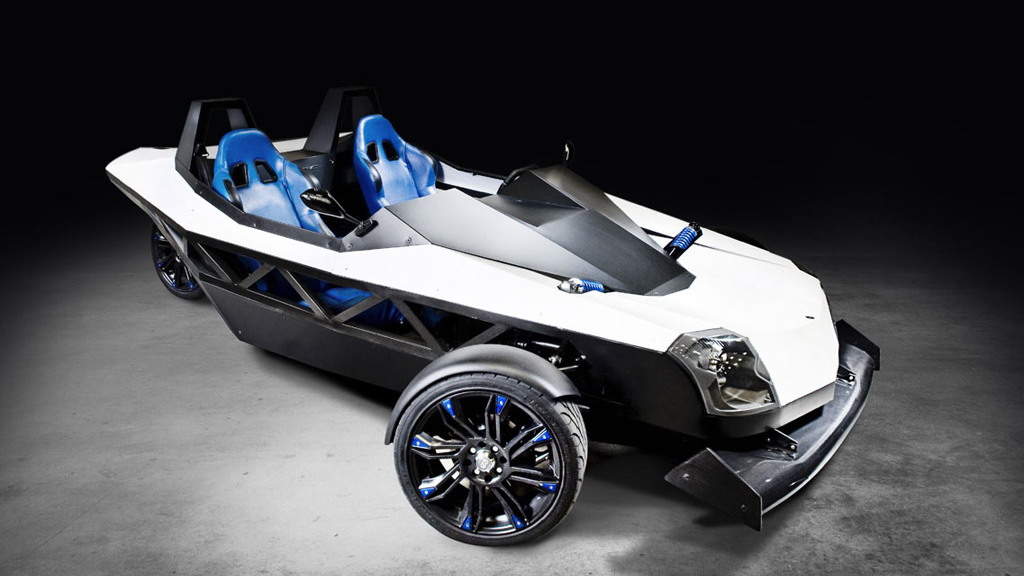 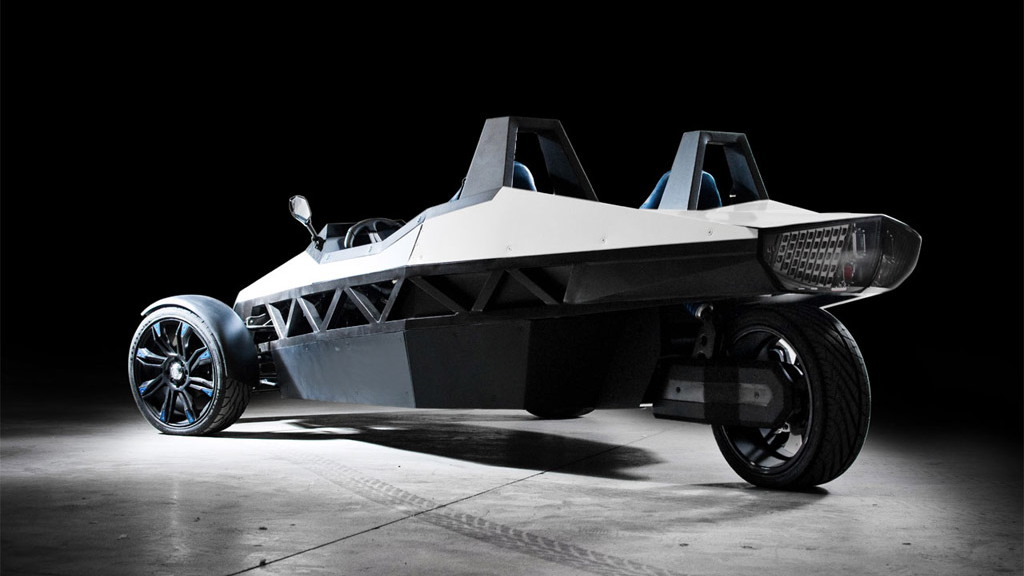 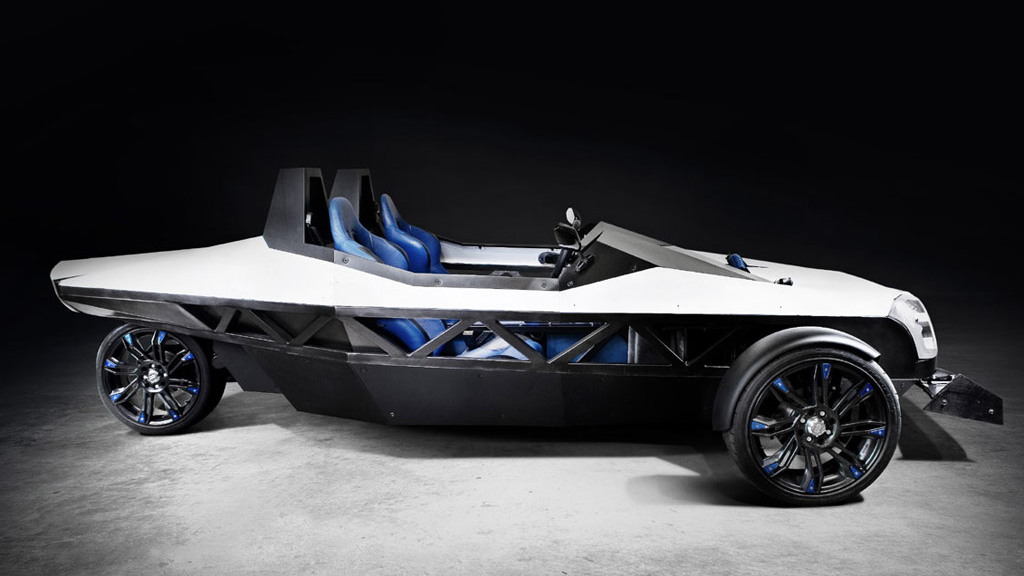 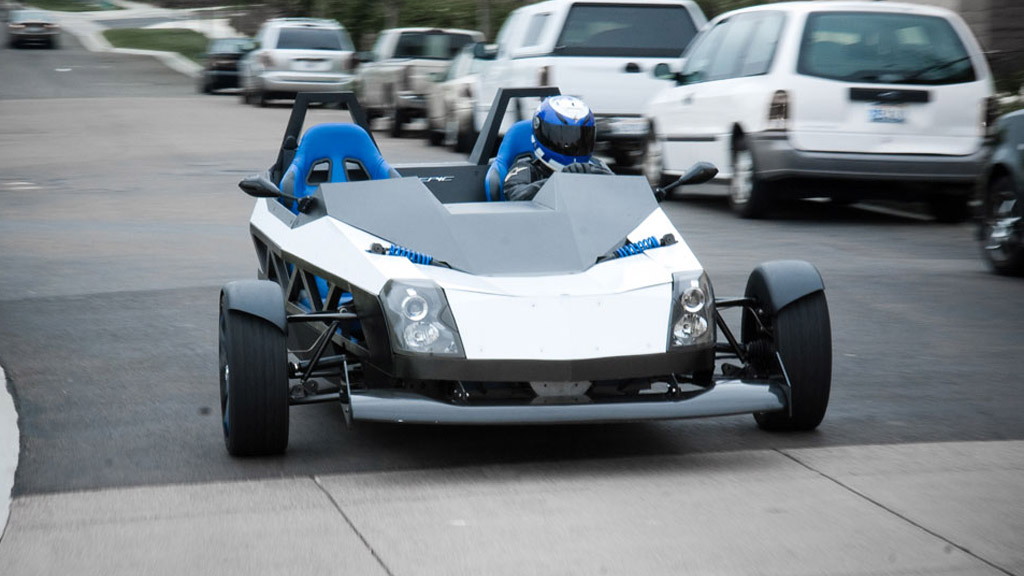 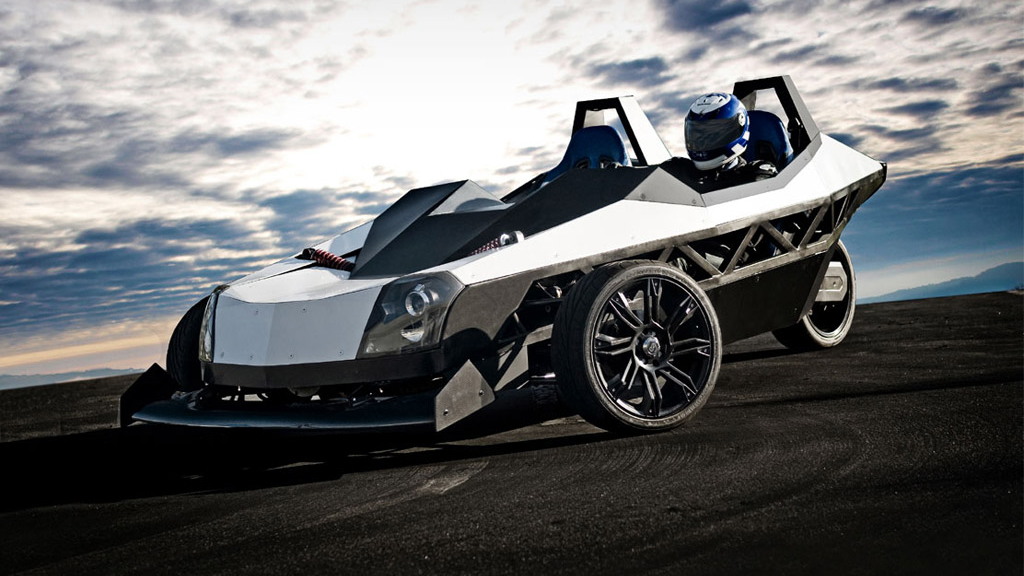 Epic Electric Vehicles is a little known company based in the U.S. that manufactures all sorts of electric modes of transport including boats, ATVs and now street-legal roadsters. The company’s latest effort is the new Torq three-wheeler, which kind of looks like an edgier, stripped down version of the Tesla Roadster.

Not much info has been revealed about the car but we know that it is powered by a compact electric motor that sends drive to the two front wheels. The Torq also relies on a ‘Flux Battery’ power pack that’s fitted in a T shape behind the seats and running through the center of the car.

The interior of the vehicle is stripped out except for two seats, a pair of cupholders and a stand for an Apple iPhone. Other details include a racing-style flat-bottomed steering wheel from Momo and a small digital display for speed and other necessary information. For the keen observer, notice that the headlights of the Torq roadster are borrowed from the first generation Cadillac CTS.

In addition to the new Torq roadster, Epic Electric Vehicles is also working on a range of other models, one of which will be a compact off-roader with four-wheel drive capability and raised suspension.

No word yet on pricing or any release dates.