The principles of the gasoline engine have chugged along for a century now without much change. The last big evolutions were variable valve timing and the switch to fuel injection from carburetors.

Now a flurry of innovations to boost fuel efficiency is in the pipeline. One of them comes from a startup, Transonic Combustion, which claims its technology delivers fuel into the cylinder in a supercritical state--essentially, a fourth state of matter (after solid, liquid, and gas) in which the liquid is heating above its boiling point at very high pressure. 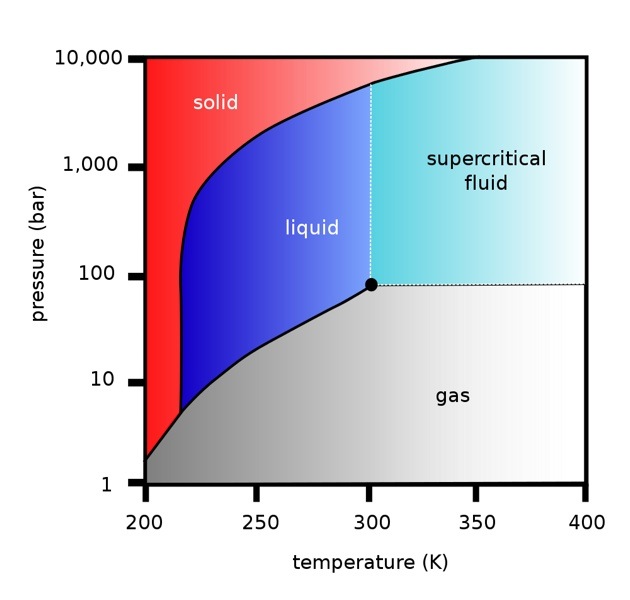 phases of matter plotted against pressure and temperature, graphic by Transonic

When gasoline is injected into the cylinder as a supercritical liquid, Transonic says, it burns faster, cleaner, and closer to the center of the combustion chamber, meaning less energy is wasted as heat loss through the cylinder walls.

Transonic claims its test engines run on standard gasoline, but require no spark plug and ignite combustion through compression, like a diesel.

The company has modified engines from several automakers and tested them, as well as sending them to a third-party laboratory in Michigan for testing. Transonic says the laboratory's results verified its own data, and in some cases came back even better. 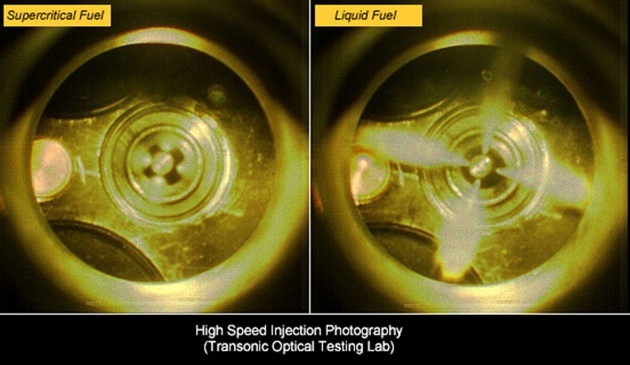 The road from lab bench to production line is a long and tough one, and Transonic has already sent test engines to two automakers, who will provide feedback on whether the new design is practical, manufacturable, and cost-effective in volume production.

Transonic has funding from noted venture capitalist Vinod Khosla, noted for his support of liquid fuels and disdain for batteries as an energy storage medium for vehicles. Along with OPOC, he has funded numerous startups pursuing better ways to create ethanol, as well as other green energy technology.

Transonic also has GM alumnus Don Runkle, one of the team that built the EV1 electric vehicle, on its board of directors. Runkle is also CEO of EcoMotors, creators of the unusual Opposed-Piston-Opposed-Cylinder (OPOC) engine. So it wouldn't be unreasonable to expect the two companies to be working together.

OPOC's engine design has received unusually positive reviews and attention from domestic automakers, one of very few new combustion engine technologies to do so. If Transonic's system proves viable and cost-effective, the combination of the two might offer a radically more efficient way to burn gasoline for auto propulsion.

Even if all the stars align, the earliest that Transonic's fuel technology could appear in production vehicles would be in 2015 or 2016. And it will compete with other innovations, including Homogeneous Charge-Compression Ignition (HCCI) engines, which combine characteristics of spark-ignition and diesel combustion.

But Transonic offers one more piece of evidence that the global push for better fuel efficiency in vehicles is leading to exciting new technologies that may give us vastly more economical cars in the years and decades to come.

And it's further evidence that burning gasoline will likely remain the dominant way to power vehicles for many decades to come.

Our respected colleagues at Autoblog Green have published a lengthy interview with Transonic CEO Mike Ahlborn that we recommend reading in full.