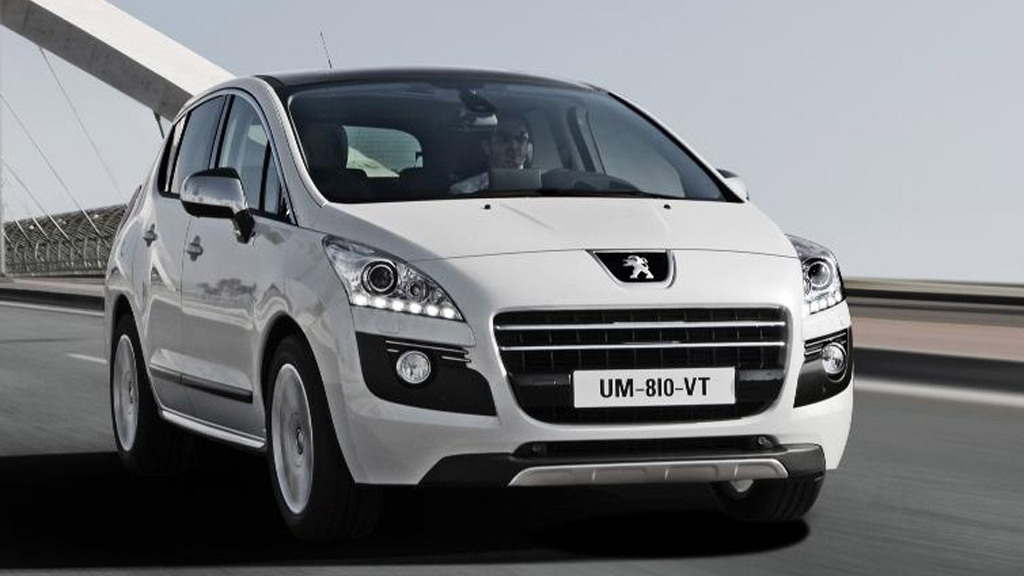 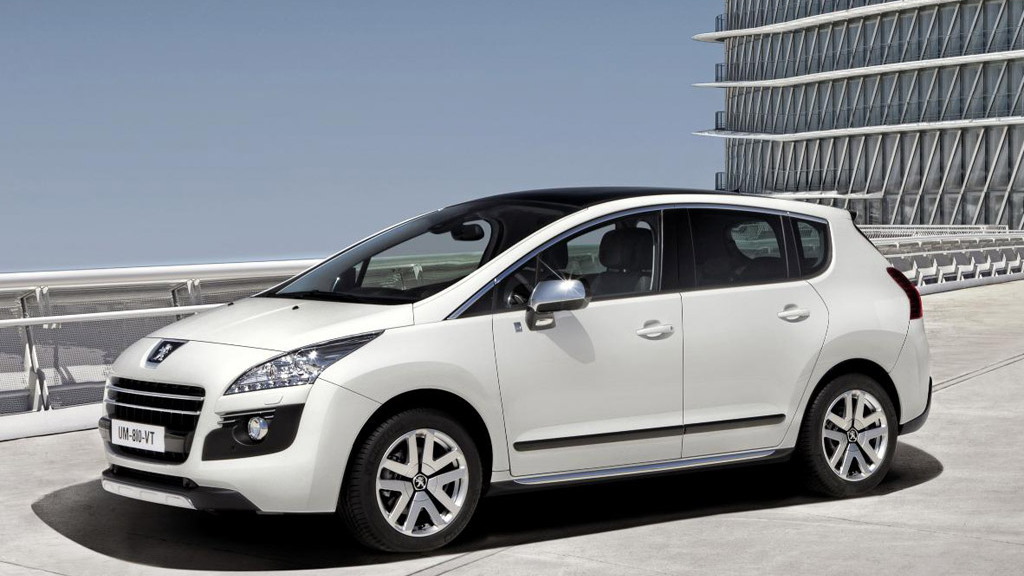 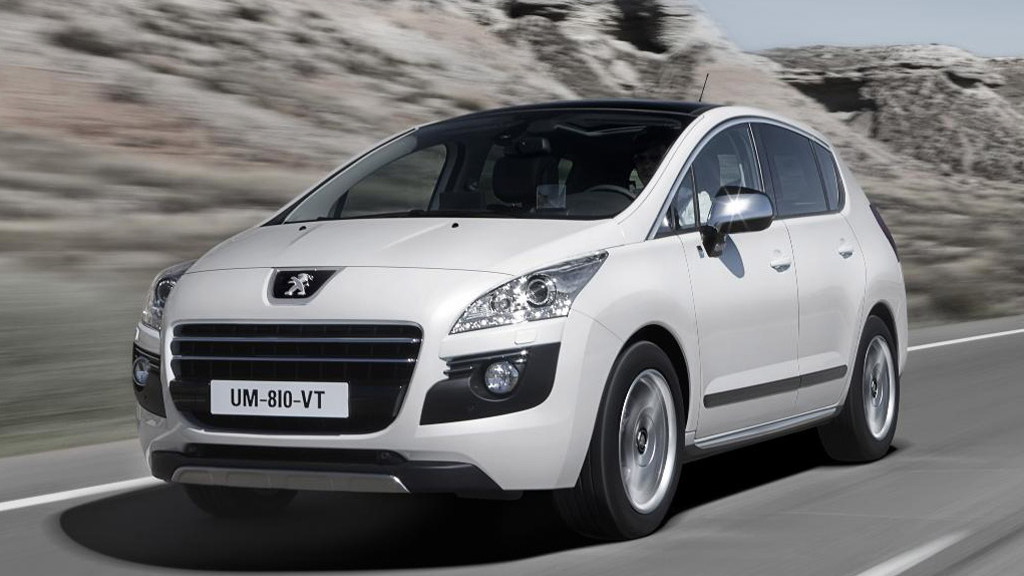 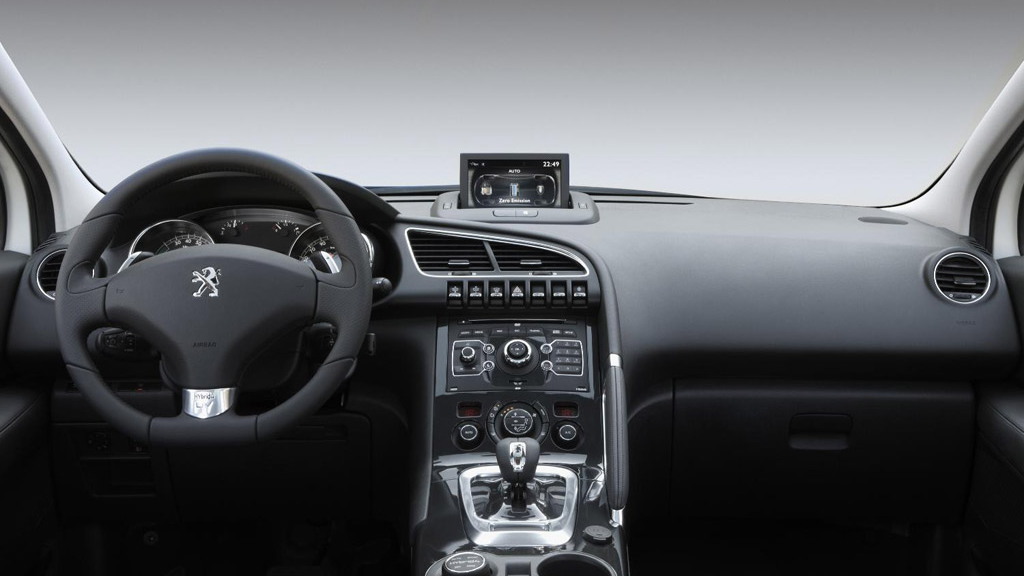 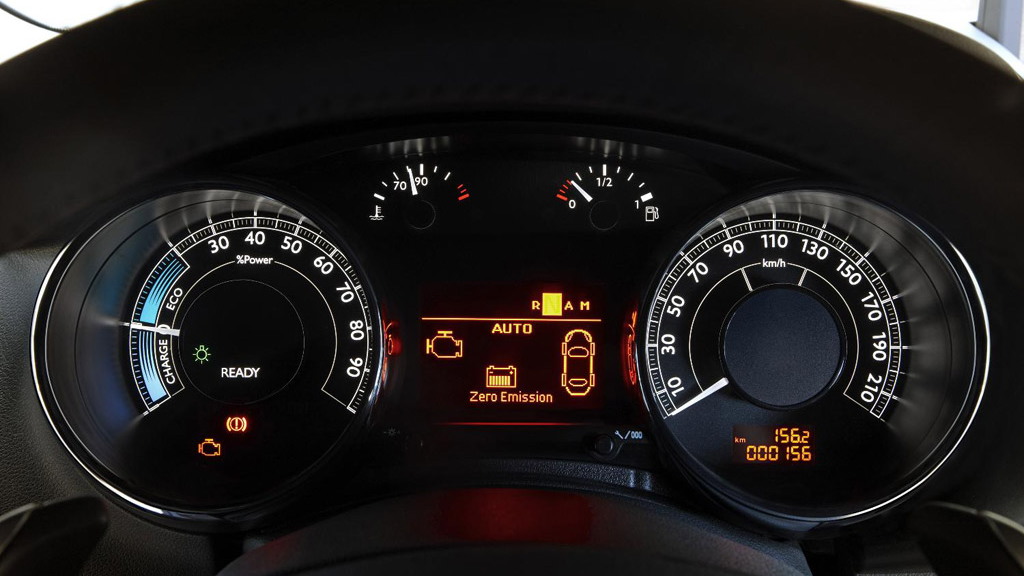 Almost exactly a year ago, we wrote that Peugeot would display its 3008 HYbrid4 Concept at the 2009 Frankfurt Motor Show.

Right on schedule, the French automaker is now showing the production version of the compact crossover ahead of its debut at next month's Paris Motor Show.

Why would we cover a sport-utility that's not even sold in the States? Because the 2011 Peugeot 3008 HYbrid4 is no less than the world's first production diesel hybrid-electric vehicle.

The result: This tall, heavy, all-wheel-drive vehicle emits just 99 grams per kilometer of carbon dioxide (CO2) on the European combined test cycle. That's as good as the best diesel subcompacts without hybrid systems. It translates to a startling 68 miles per gallon.

The 3008 HYbrid4 pairs a 163-horsepower 2.0-liter turbodiesel with an electronically-controlled sequential manual transmission, or Direct Shift Gearbox (DSG), to power the front wheels. The engine switches off every time the vehicle stops, as per standard hybrid practice.

As well, a 28-kilowatt (37-horsepower) electric motor drives the rear wheels, providing two separate powertrains that can operate independently or together, controlled by electronics that shift power among engine, motor, and regenerative braking.

The hybrid 3008 offers four distinct modes of operation. In Automatic, the system runs in front-wheel-drive mode; in Sport, the vehicle is tuned for quicker acceleration and higher revs. In both cases, the electric motor adds torque at the rear to boost acceleration.

The Four-Wheel-Drive mode uses the rear-mounted electric motor to power the rear wheels full time, splitting torque among wheels as needed. And the ZEV Mode (for zero-emission vehicle) uses only the rear motor to move the car at low speeds, meaning the engine stays switched off.

The electric motor is powered by a nickel-metal-hydride battery pack, which is recharged via regenerative braking that turns the electric motor into a generator to store energy back in the battery that would otherwise be wasted as brake heat.

Diesel hybrids have been slow to arrive against gasoline models, the first of which was the 1997 Toyota Prius, for several reasons.

First, diesels develop their highest torque at low engine speeds, as do electric motors--meaning that you lose the ability to complement an ultra-efficient Atkinson Cycle gasoline engine with an electric motor that makes up for the engine's lack of low-down torque.

Second, diesel engines are already more efficient than are gas engines--they convert up to 35 percent of the fuel energy to torque, against more like 25 percent for gasoline engines--so there's relatively less room to improve efficiency.

And finally, against gasoline engines, today's turbodiesels cost 10 to 15 percent more to build for the same power output. Adding pricey hybrid gear drives up the cost still further, beyond that of a gasoline hybrid.

Nonetheless, the 2011 Peugeot 3008 HYbrid4 is the first of a handful of vehicles that will be offered with Peugeot's diesel hybrid system.

Other carmakers are planning diesel hybrids, including Mercedes-Benz with its E 300 Bluetec Hybrid. But to date, Peugeot leads the pack--and it has never even offered a gasoline hybrid.