Mac or PC? Leaf or Volt? The car you drive says a lot about your personality and your outlook on life, be it a big SUV or a Smart.

With the 2011 Nissan Leaf and 2011 Chevrolet Volt both set to hit the roads this Fall, is one a PC and the other a Mac?

And if so, which is which? Are Leaf owners more likely to own a Mac? Are Volt drivers PC users? 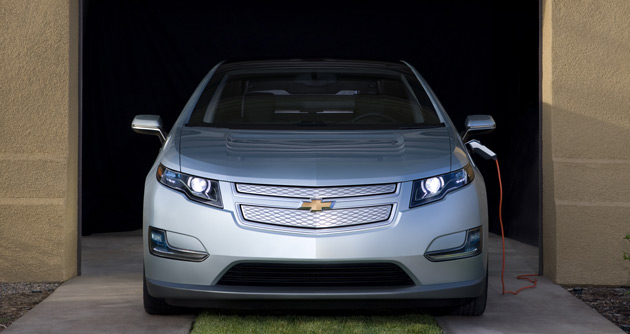 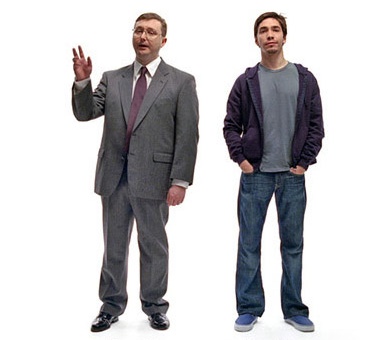 The PC Guy and the Mac Guy 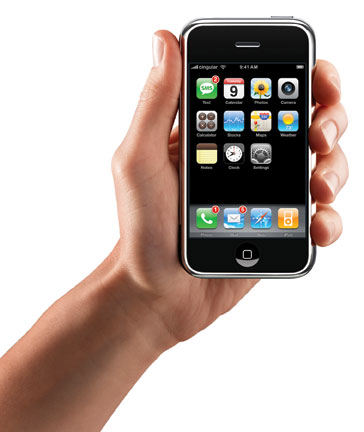 The Nissan Leaf is a very different car to the Volt. The Leaf has an almost feminine curvy styling with a front end highly evocative of so many Japanese anime series. Its front-mounted charger port door forms a button nose low down and high headlamps almost give the car a set of eyebrows.

In contrast, the Volt's grille is lower and more predatory. There's not a hint of fluffy bunnies or big doleful eyes and it looks as if it would sooner bite your finger off than accept a friendly pat. And it's not at all feminine.

Take a look inside each car and the differences between them are obvious. The 2011 Leaf's interior is bright and airy, with room for five and a massive 17 inch touch-screen interface taking up the centre of the dashboard.

In contrast, the 2011 Volt splits its four occupants each side of a massive battery tunnel running down the center of the car.  While the dash also has its fair share of technology in the form of a large pop-up screen and smooth touch-switches it looks much more businesslike, much more masculine.

What does this have to do with computers?

Mac users tend to choose Apple products because of stylish design, ease of use and a one-stop shop when things go wrong. Mac users don't mind being different and quite often seek opportunities to stand out from the crowd. And they pay a premium for the privilege.

In contrast, many PC users will take cues from the business world. They want something which looks smart, but which conforms. It runs the software they know and the rest of the world will understand when they need help.

When it comes to brand familiarity, more Americans have owned a GM car then have owned a Nissan. Nissan is still viewed as a foreign car brand -- a little bit of an outsider. In just the same way Toyota struggled to convince everyday Americans to drive the Prius Nissan is faced with a challenge to get folks to “drive different”.

While Leaf drivers will demand perfection from their vehicle the quirks of owning an electric car are unlikely to phase them. In fact, like many Mac users, Leaf owners will probably relish overcoming any issues along the way when it comes to living in a gasoline-fuelled world.

The Volt, on the other hand, offers a safety blanket in the form of the extended range gasoline mode. While it may not have the same squeaky clean credentials as the all electric Leaf, more Americans will find comfort in the comfort the gasoline engine provides.