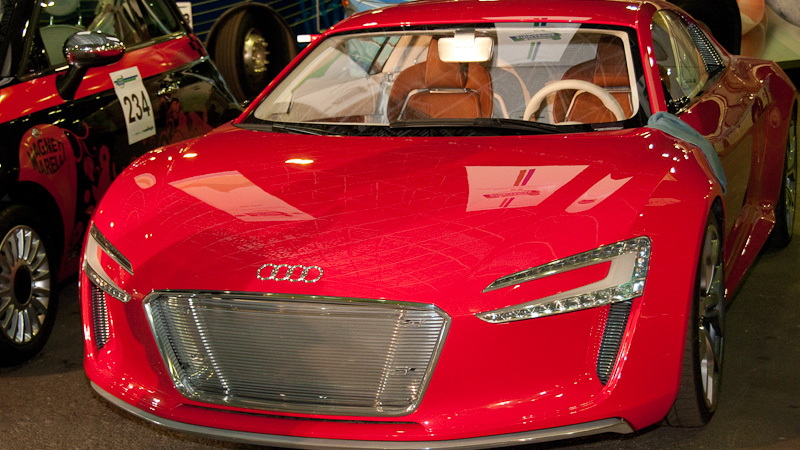 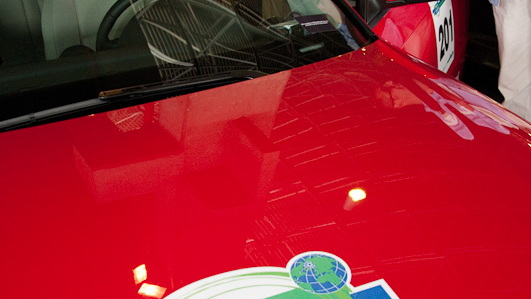 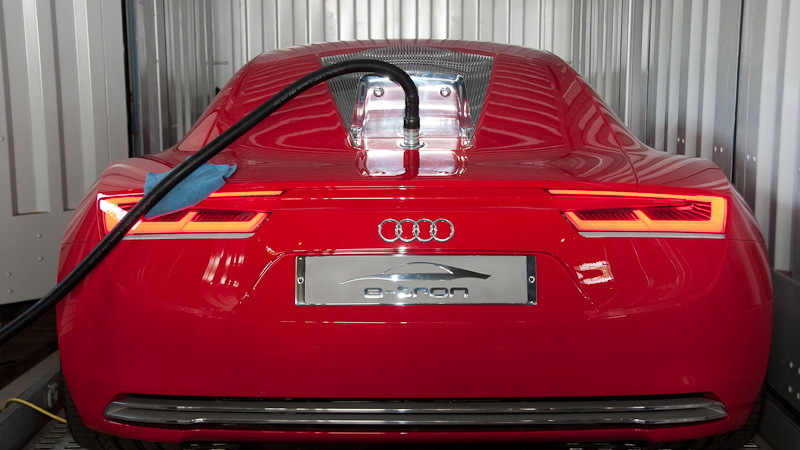 The Challenge Bibendum brings the sustainable-mobility world together every year or so--though sometimes, the 2010 edition of the Bibendum didn't come together as quickly as planned.

It's a long way from North America to South America, after all. On day one, our travel group was cleaved in half by a missed flight to Rio de Janeiro, leaving four reporters stranded in Atlanta overnight while the other 5000 attendees took part in the opening ceremonies. Those air delays were only beginning; Rio traffic ranks right up there with Paris and Tokyo, and an hour's ride to Riocentro exposition hall proved the locals are braver drivers than you've seen in most of the rest of the world.

Formalities took their own toll. Brazilian president Luiz Inácio da Silva, popularly known as Lula, showed up 90 minutes late for his keynote speech. Then he rambled on for another 90 minutes before the green-transportation event could really get underway.

Once it lurched to a start, this year's Bibendum laid out a dizzying palate of choices, from participating in "high-level discussions" to sampling the latest takes on sustainable mobility from the likes of GM, Peugeot-Citroen--even Trikke, the company that builds a three-wheel vehicle that's almost a sportscar take on the Segway, which also was in attendance.

And then, the rain came. Between downpours on the old Formula 1 circuit at Jacarepaguá and an hours-long wait list to drive some of the vehicles in attendance, the Bibendum posed almost as much of a challenge to navigate as some of the more arcane panel discussions took to comprehend.

In between the rain and the crowds, we found a handful of cars with some clever take on the future of transportation--be it fuel cells, or active wheels, or even an iridescent heat-reflective interior. The most compelling cars from the 2010 Challenge Bibendum? They're right here, of course:

Some of the most common, everyday vehicles at this year's Bibendum wore the familiar green tag here. Brazil produces about a third of the ethanol used in the world's transportation sector--and almost 100 percent of the vehicles sold in the country are made with flex-fuel capability. But solar power's also an option in the equatorial country, even though it's pounded by tropical weather throughout the year; this solar-panel array could have been used to charge its wheels and its place in the Challenge Bibendum relay--if only it hadn't been consistently grey and rainy for most of the event.

We've brought you the Heuliez Will before, on some of High Gear Media's other Web sites. With the advent of electric cars from a range of automakers, it seems like the Will's technology may get its day in the tech sun, after all. The car's built by French specialty manufacturer Heuliez, and uses "Active Wheel" technology that moves active-suspension technology inside the wheel itself: electric motors, brakes and in-wheel suspension do away with the need for a conventional transmission and shocks, leaving behind a nice flat floor for people and their stuff. There's talk of production in 2010 and of a driving range of 90 miles.

One of the most popular vehicles shown at this year's Challenge was the Audi e-tron electric-car concept that's been on display at various auto shows in the past year. The Audi spin on electric power gives the e-tron the equivalent of 313 horsepower from four electric motors, which also provide all-wheel drive. A top speed of almost 125 mph has been suggested for this first-generation prototype; Audi's said to be working on electric versions of the R8 and of the new smaller R4, both of which were on display at the 2010 Detroit auto show.

This French-built, lightweight urban car has been on the electric-vehicle landscape since the 2008 Paris auto show. The maker promises a range from 48 to almost 90 miles on a single charge, and full recharging in about 4 hours. The bad news for those planning on a trip to this year's Paris show, to plunk down a deposit? The top speed's only about 52 mph.

In another more conventional world, the GM parking spots were full of cars like this Chevrolet Malibu. But since it's the future of green cars we're talking about, GM brought a "V2V" version of the Malibu to Rio. V2V stands for vehicle-to-vehicle communications; this car's outfitted with sensors that share information with other cars via GPS, to avoid accidents and to trigger automatic rerouting in case of traffic.

The BB1 drew more stares, and a longer waiting list, than any vehicle other than Audi's e-tron. The BB1 was unveiled back in September at the Frankfurt Motor Show.  The small lithium-ion powered city car features a pair of rear hub mounted electric motors and a claimed range of 75 miles on a single charge. There's no possible way its weirdly angled glass areas would pass U.S. safety standards, but Peugeot says it's trying to produce a real vehicle based on the BB1. We'll prepare for some Gallic sense of humor at the final reveal.

This very cool dune-buggy concept was introduced in 2008 at an auto show in the Brazilian city of Sao Paolo, and it's still a breath of fresh air even at the Bibendum--mostly, because of its lack of any discernible roof. The FCC II was designed by Fiat's Brazilian operation, and has a zero-emission electric drivetrain, a body made of natural fibers, and an interior crafted from renewable materials. Power emanates from a single 80-hp electric motor hooked up with 93 lithium-ion batteries.

You have to love any concept vehicle that promises a better automotive future while clearly giving a nod and a wink to the GLBT crowd. The diesel-electric hybrid Hypnos promises strong fuel economy; fabulous seat comfort comes from upholstery derived from, we think, a gay velociraptor. The Hypnos also uses a camera to detect expressions on the driver's face, and alters interior lighting and interior smells to improve mood.

More Coverage: 2010 Michelin Challenge Bibendum: The Greener Side of Rio