Californian Governor Arnold Schwarzenegger traded a hydrogen powered Humvee for a diminutive Mitsubishi i-Miev this week as the Governonator's office and Department of General Services borrow two 2011 Mitsubishi all electric i-Miev cars as part of a trial into electric vehicles.

The i-Miev has been on sale in Japan since 2009 but is yet to be released for sale in the U.S or European markets yet. In England, 25 drivers have been leasing i-Mievs in the midlands as part of a similar trial scheme.

The 2011 i-Miev will cruise at of 81 mph and can drive up to 80 miles per charge. It fits into the A segment category, looking somewhat like a stretched 2010 Smart Car.  It seats four adults and is intended for city driving.

Despite being a large gentleman, Gov. Schwarzenegger found that he could easily sit behind the wheel in the i-Miev thanks to some clever design elements. Batteries are situated below the floor of the i-Miev, giving excellent handling, while the rear-wheel drive transmission and motor are mounted below the trunk space at the rear. 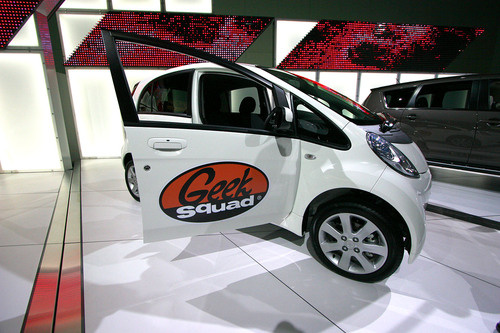 But this isn't the first time the i-Miev has been spotted in California. Electronics retail giant Best Buy's Geek Squad have been cruising around in four Mitsubishi i-Mievs since December last year.  And EV advocate Chelsea Sexton has had her hands on an i-Miev too, which her son lovingly referred to as "Mr Bean".

Mitsubishi hasn't been slow in giving out its car for test drives. Everyone from auto journalists to local radio stations have been given a chance to borrow the i-Miev.

While many who have sat behind the wheel have waxed lyrical about the car's cute stylings and torquey acceleration, less informed journalists have tried to take the i-Miev on trips the vehicle was just simply not designed for, with disastrous consequences.

Mitsubishi's latest custodians of the i-Miev will be able to look forward to taking advantage of California's charging stations as they go about their civic jobs. Luckily for them, the i-Miev comes as standard with fast charge option enabling the i-Miev to refuel at a high-current SAE J1772 compatible charger.  Everywhere else, the on-board charger in the i-Miev will happily recharge the car in 6 hours from a 240V dryer socket or even perform an overnight charge with a 110V outlet. 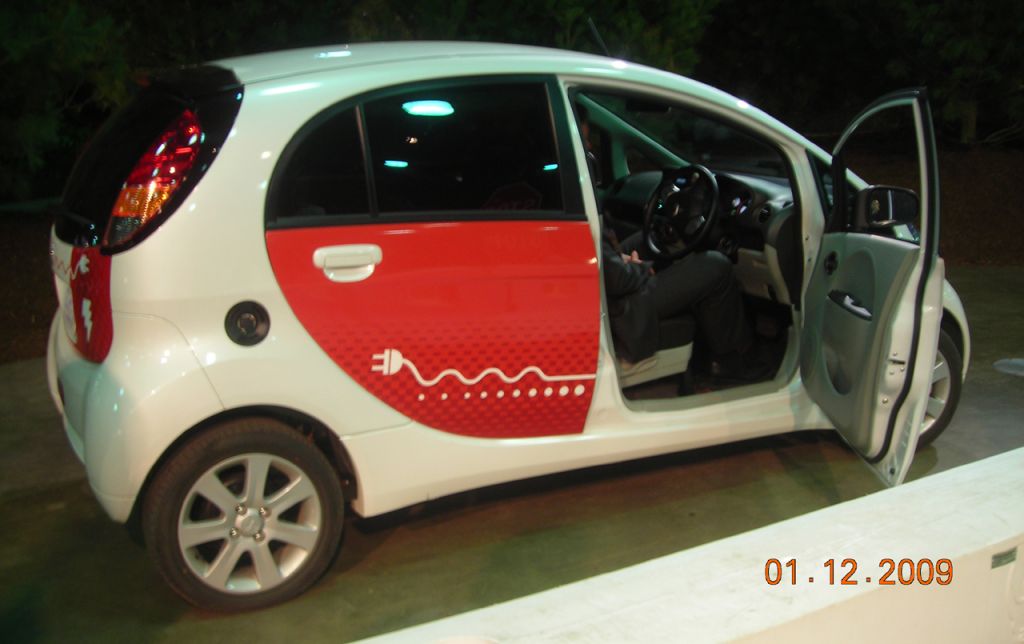 Trim and fit is much more basic in the models we've seen when compared to the 2011 Nissan Leaf but this could change with production models. Then again, these two vehicles are hardly in the same segment, so it is unfair to compare them on anything except price. It's logical to expect a lower segment car will be cheaper, right?