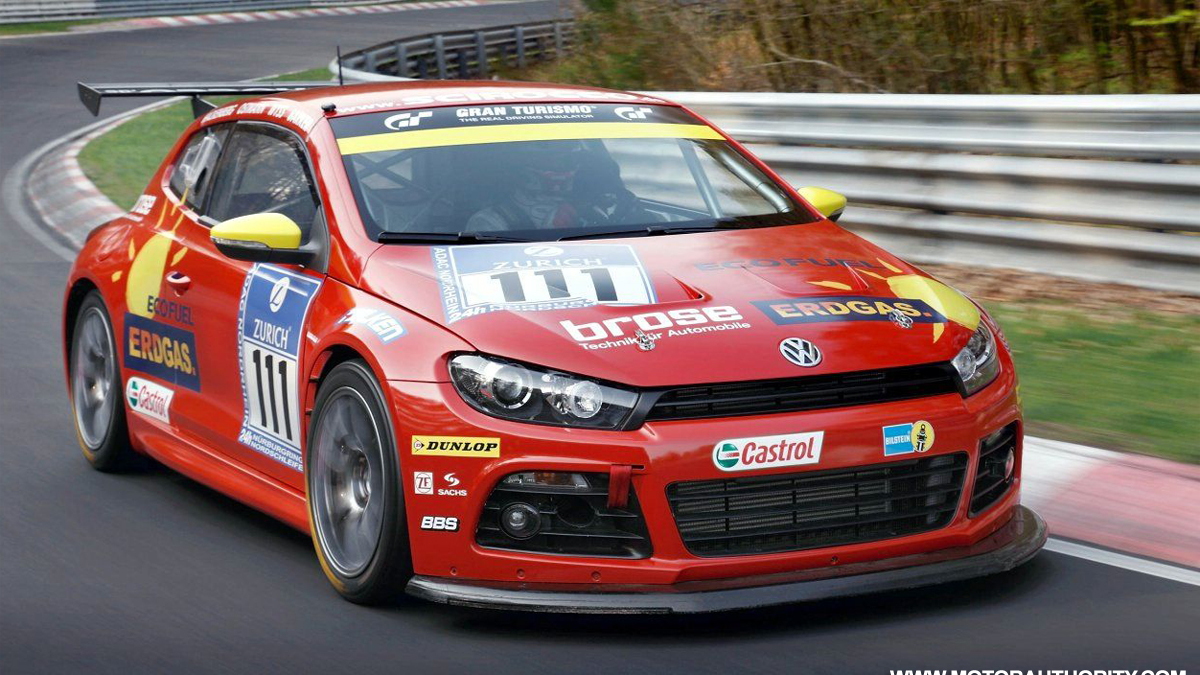 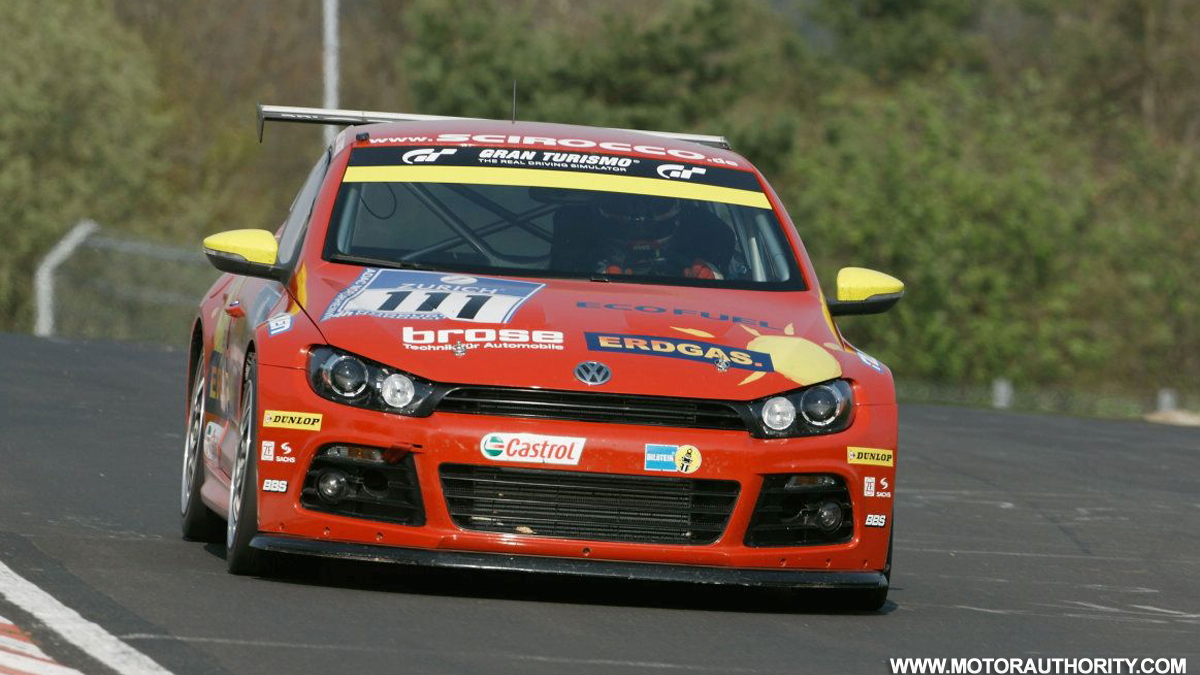 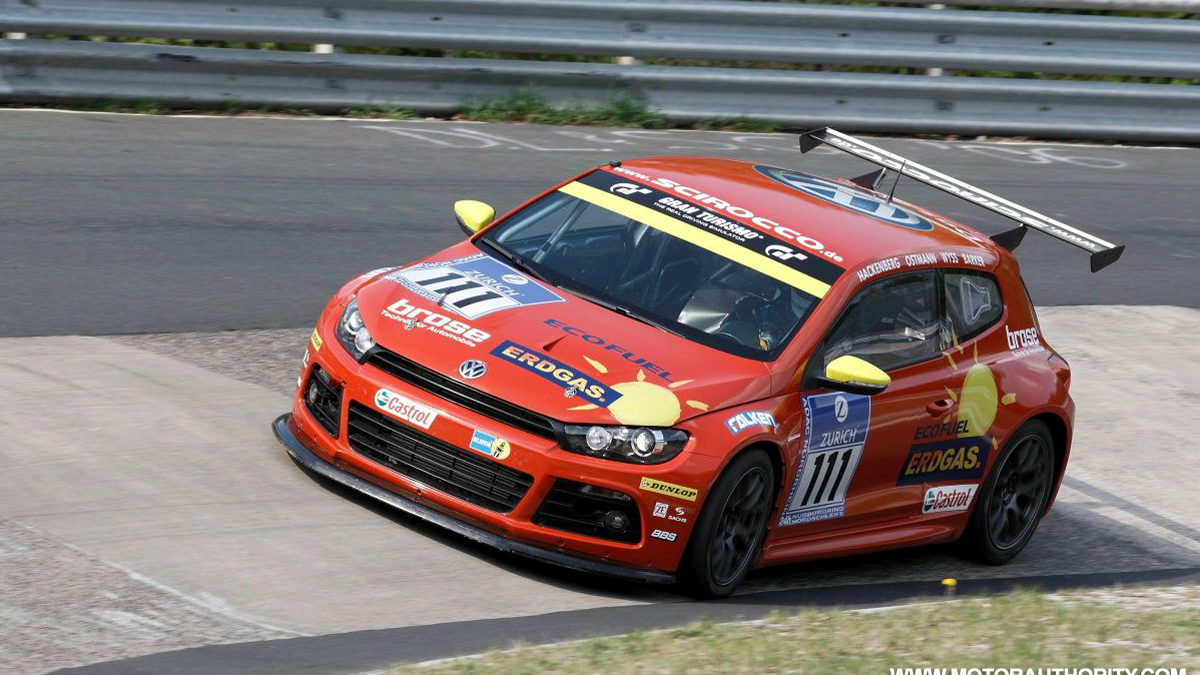 A couple of months ago, we told you about Volkswagen's 2010 Jetta TDI Cup Street Edition, a specially trimmed version of its clean-diesel Jetta sedan that commemorates the TDI Cup racing series, now in its third season.

But VW has other green racing activities elsewhere too.  Our sister site Motor Authority notes that Volkswagen will race a fleet of three natural-gas powered car on the famed Nürburgring circuit in Germany in a 24-hour endurance race that starts on May 12.

The cars are all Scirocco coupes, a model not sold here but based on the same underpinnings as the more familiar Jetta sedan and Golf hatchback. They are fitted with a 2.0-liter engine that puts out 330 horsepower as modified to run on compressed natural gas (CNG).

The CNG conversion cuts the cars' carbon dioxide emissions by 80 percent. Other modifications include larger brakes (hardly a surprise) and an active electro-hydraulic differential.

As we recently pointed out, the sole natural-gas vehicle sold in the U.S. is the 2010 Honda Civic GX, which just went on sale in Utah, only the fourth state in which it's available to retail buyers.

That car has won the title of "America's Greenest Car" from the American Council for an Energy-Efficient Economy (ACEEE) every year since 2004. And it's the cleanest vehicle with an internal combustion engine the U.S. Environmental Protection Agency has ever tested.

We suspect a 330-hp racing Scirocco might not be quite as green as the 113-hp Civic GX. But it's still going to be very clean indeed.