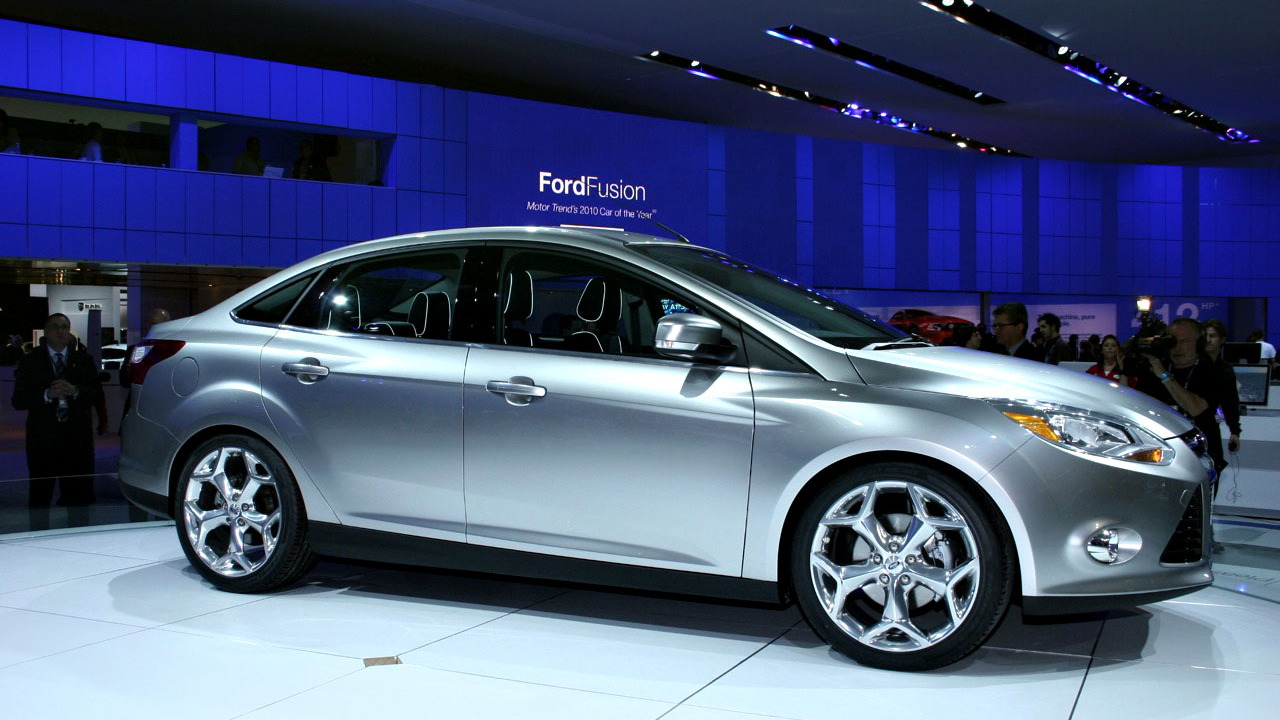 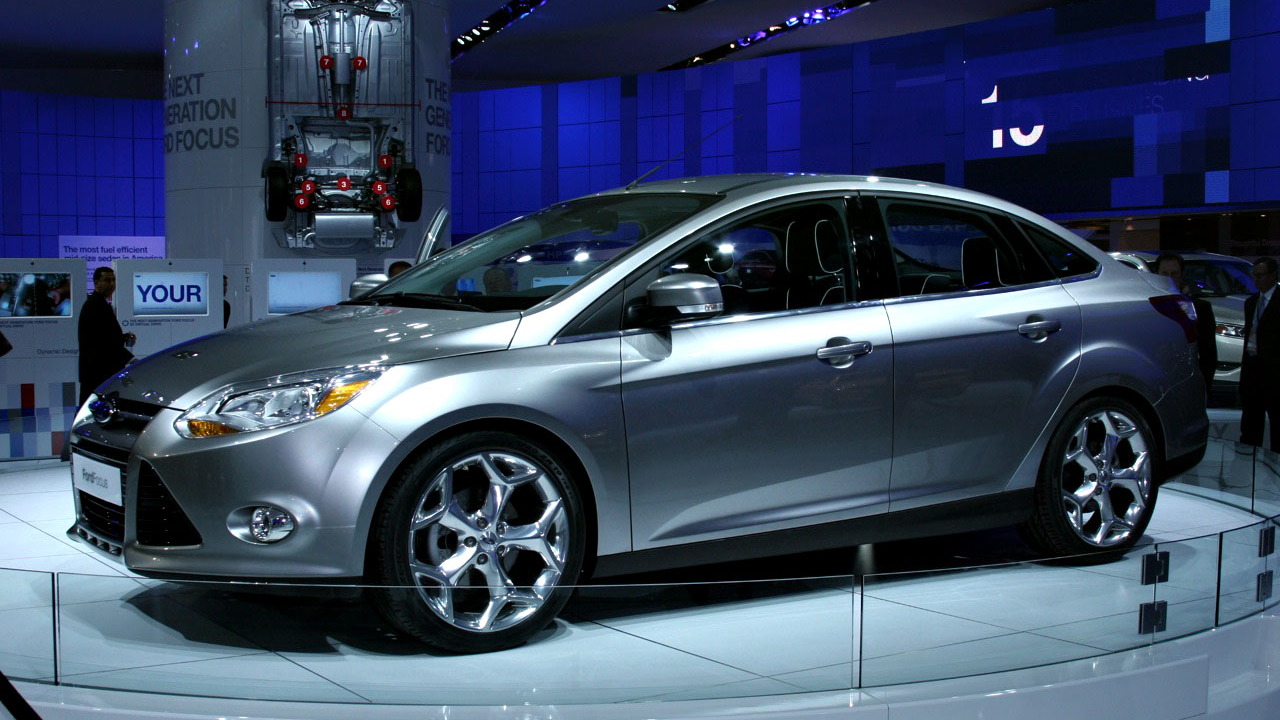 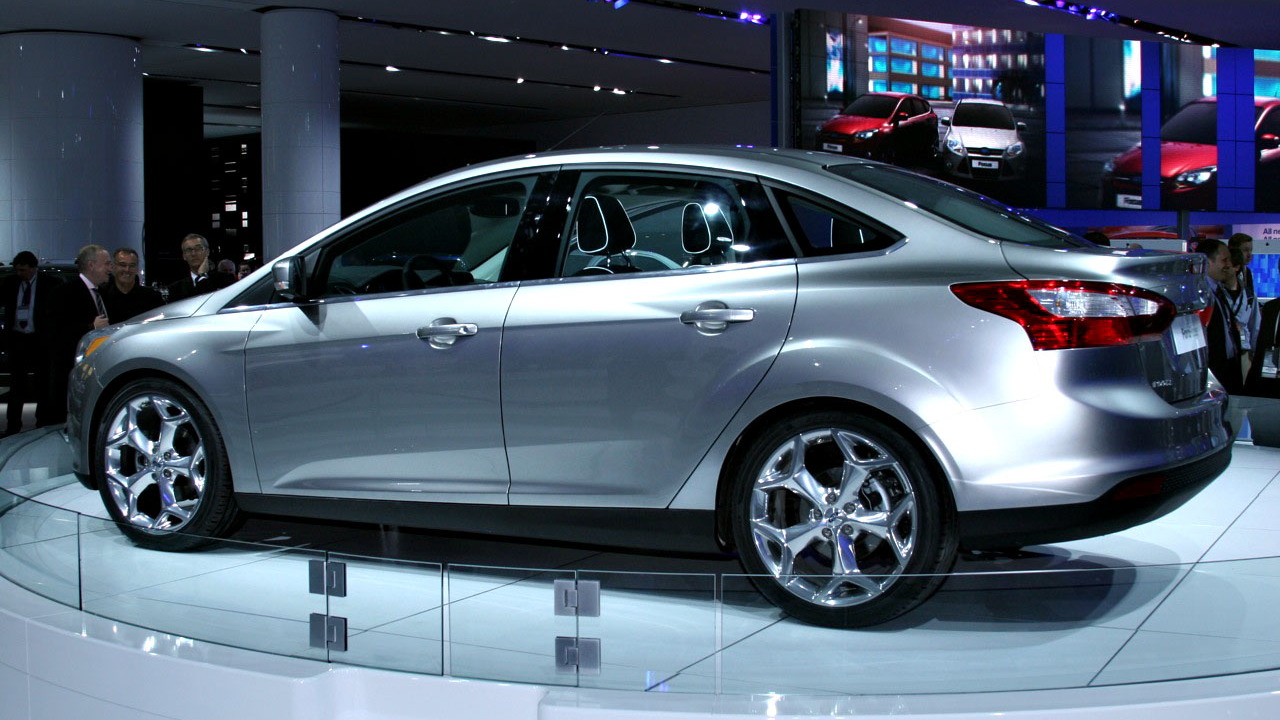 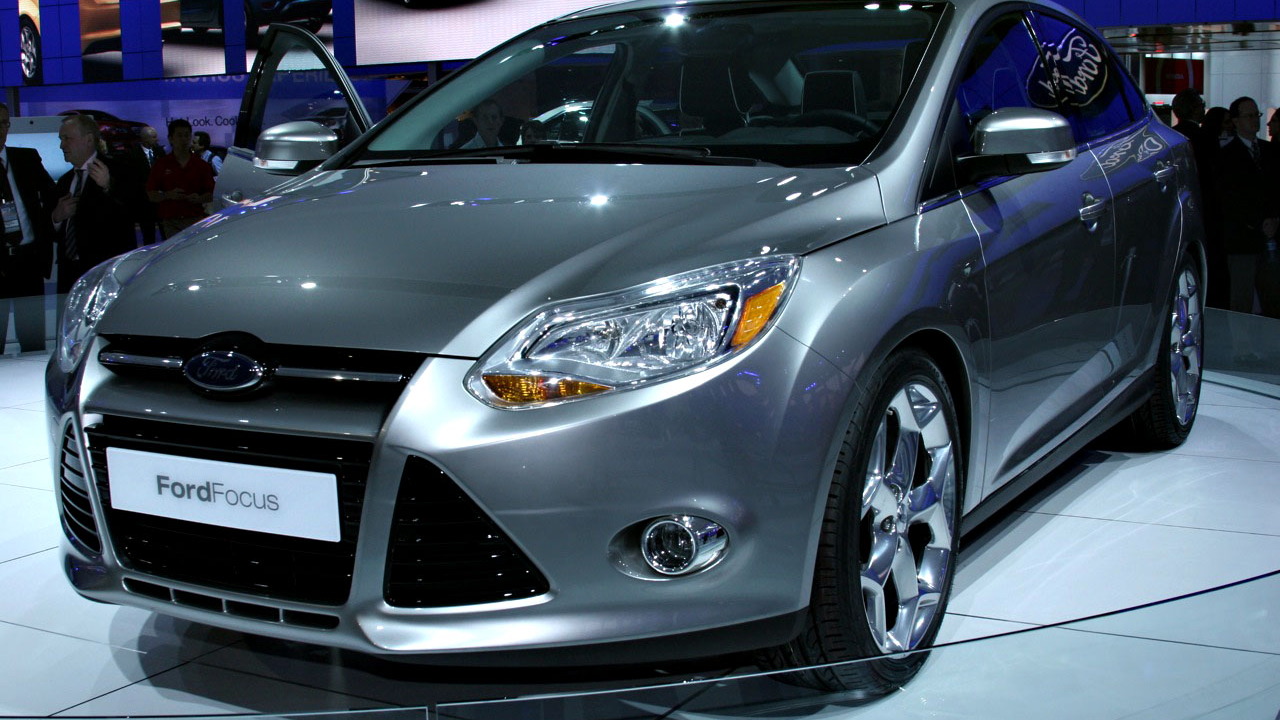 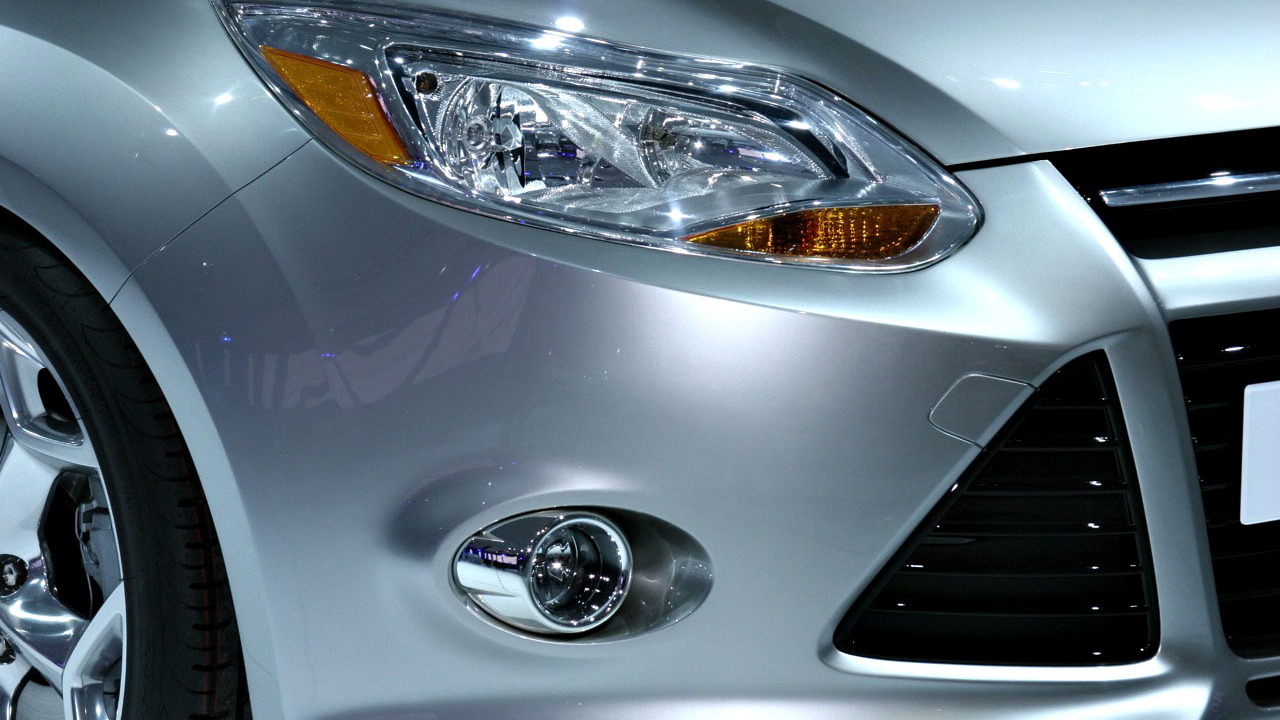 We're back home from the mind-numbing madness of the 2010 Detroit Auto Show, unpacking, sorting press kits (well, these days they're just USB drives), and trying to work out what we thought of it all.

This year, there's no question about the best green car there: It was the 2011 Ford Focus compact sedan and hatchback, hands down.

We ran down the specifics of the 2012 Ford Focus even before we saw it in person. At the intro, from our vantage point high in Cobo Arena, we worried that it looked too much like an overgrown 2011 Ford Fiesta.

But now that we've seen it in person, we're not worried. The 2012 Focus has a style and a personality all its own.

Ford's "kinetic design" motif gives it the same broad-shouldered stance as the Fiesta, but it's longer in the body, and it appears much lower at the rear, where the third window kicks up to meet the roofline.

More than that, it will offer green credentials in spades. When it reaches dealers early in 2011, the 2012 Focus will be well equipped and offer startlingly high fuel economy for a compact. Ford is clearly taking to heart its mission to offer "best in class" mileage for every one of its new vehicles.

Ford didn't release fuel economy ratings in Detroit. But the most fuel-efficient version of the 2012 Focus is rumored to deliver 30 mpg city, 40 mpg highway--which is identical to the highest-mileage model of the 2011 Fiesta, which is an entire car class smaller.

We'll wait for the final numbers, but if true, that puts the Focus 2012 model up to 6 mpg better in highway mileage than its competitors.

The engine being shown at Detroit is a 2.0-liter direct-injected, dual overhead-cam four-cylinder with variable valve timing, developing an estimated 155 horsepower and 145 ft-lbs of torque. An "EcoBoost" turbocharged four is likely to be offered at a later date.

Even more impressive is Ford's new six-speed dual-clutch automatic transmission--Ford calls it "PowerShift"--not only a first in the class but a technology found more often in cars like Porsches. A six-speed manual gearbox is also available, but the electronically controlled PowerShift will deliver better mileage numbers.

Finally, Ford will also sell small numbers of the Focus Electric, probably as a 2013 model. This all-electric variant is said to offer a range of roughly 100 miles, and it will be assembled at the same plant in Wayne, Michigan, as the regular gasoline versions of the 2012 Focus.

In the end, we found the 2012 Ford Focus to be the most impressive new car at the Detroit Auto Show and very possibly the best compact not yet on sale in the U.S. We think its interior is better than the 2011 Chevrolet Cruze, for instance.

We hope that its styling, excellent interior, striking list of features, and gas-mileage ratings turn out to be a compelling enough package to get U.S. drivers out of larger cars and into this compact Ford. It's that good, we think. We're eager to drive it, and we'll let you know the moment we do.