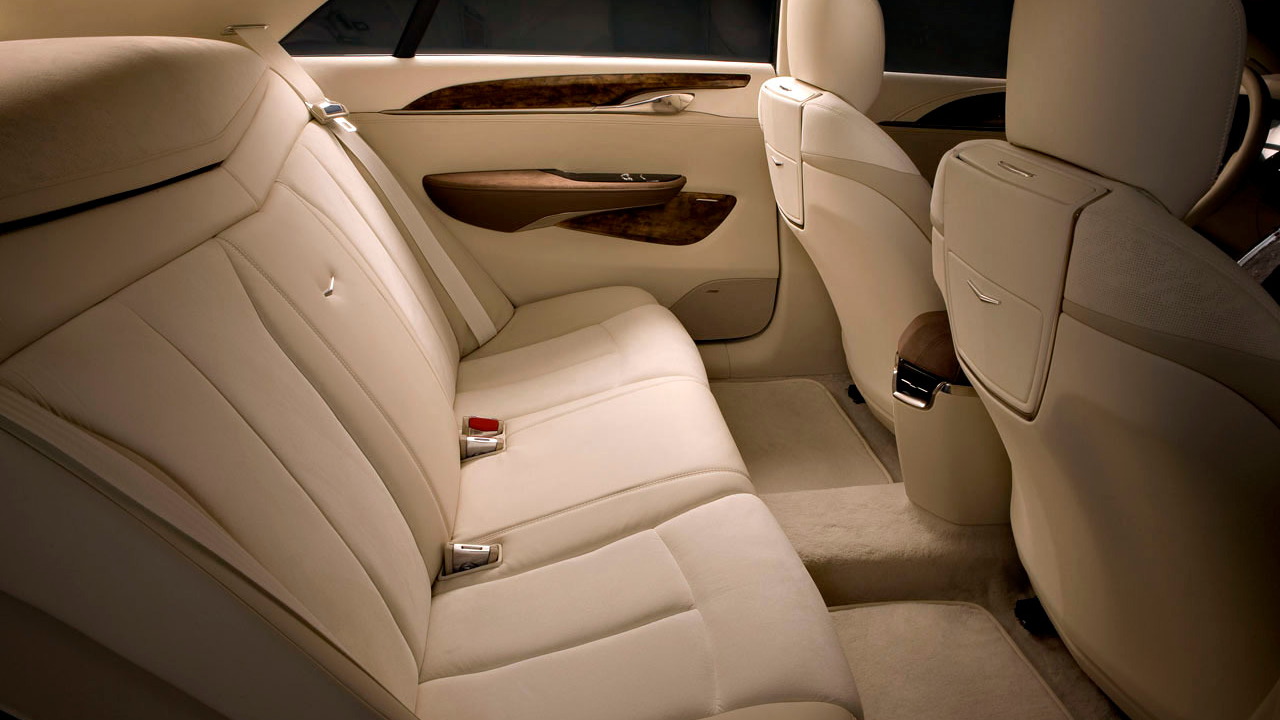 Say "luxury hybrid," and very few people think of Cadillac. Sure, the Escalade Hybrid large luxury sport-utility vehicle has been around for a few years, but Cadillac has no hybrid sedans.

That may be about to change, if the Cadillac XTS Platinum Concept unveiled this morning at the Detroit Auto Show is any indication.

Under the hood, this luxurious large front-wheel-drive sedan holds a 3.6-liter, 350-horsepower direct-injection V-6 engine mated to a plug-in hybrid system that recharges its lithium-ion battery pack in about five hours via a standard household power outlet.

The plug-in hybrid can run electrically while coasting, even at higher speeds, with engine and electric power blended to maximize fuel efficiency under higher loads, such as brisk acceleration. In situations like urban commuting, the plug-in system can be up to twice as efficient as a standard hybrid.

Cadillac didn't specify an electric-only range, but it's likely to be about 10 miles. How do we know? Because that's what it was quoted at when this powertrain was originally developed for a very different vehicle.

The XTS system is based on the plug-in variation of the Two-Mode Hybrid system that's currently used in full-size GM sport utilities and pickup trucks.

First it was adapted for a transverse front engine--though that version hasn't yet gone into production--and then that version was adapted to accept a plug-in. in this case it drives all four wheels.

The powertrain has bounced around quite a lot. It was originally destined to go into the plug-in version of the now-canceled Saturn Vue Two-Mode Hybrid. Then it was going to be in a Saturn Vue re-badged as a Buick, but that was canceled after unanimous pans from the press.

The prospect of a Cadillac hybrid sedan with plug-in capability could even steal a march on both BMW and Mercedes-Benz. Each has a mild-hybrid full-size sedan--the ActiveHybrid 7 and S400 Hybrid, respectively--but adding plug-in capability would definitely put Cadillac ahead.

The XTS Concept is widely considered to be a lightly disguised version of the 2013 Cadillac XTS, a large sedan replacement for both the current STS midsize and ancient DTS full-size sedans.

The styling has received mixed reviews, with many calling it too conservative and DTS-like against the unique lines and edgy attitude of the smaller 2010 Cadillac CTS sedan. Some have even compared it to the new 2010 Buick LaCrosse, with which it shares a platform.

Besides the hybrid system, the XTS Platinum Concept features bright, clear Organic Light-Emitting Diode (OLED) displays rather than the standard liquid-crystal displays (LCDs) used on other cars. Until the car is powered up, the dashboard appears blank, and the number of switches and buttons is minimized with touch-sensitive control surfaces.

These high-tech aspects are surrounded with a lavish interior of lacquered burl wood trim, brushed metal accents, and plush leather and suede. The cabin is predominantly light cream colored, with darker trim, including the steering wheel. An overhead console runs the length of the roof lining.

The production version of the Cadillac XTS will go into production at GM's plant in Oshawa, Ontario, with renovations to that plant scheduled to start late next year.

Internal General Motors documents have confirmed a hybrid model for that plant, so the hybrid XTS may well be more than just an auto-show concept.