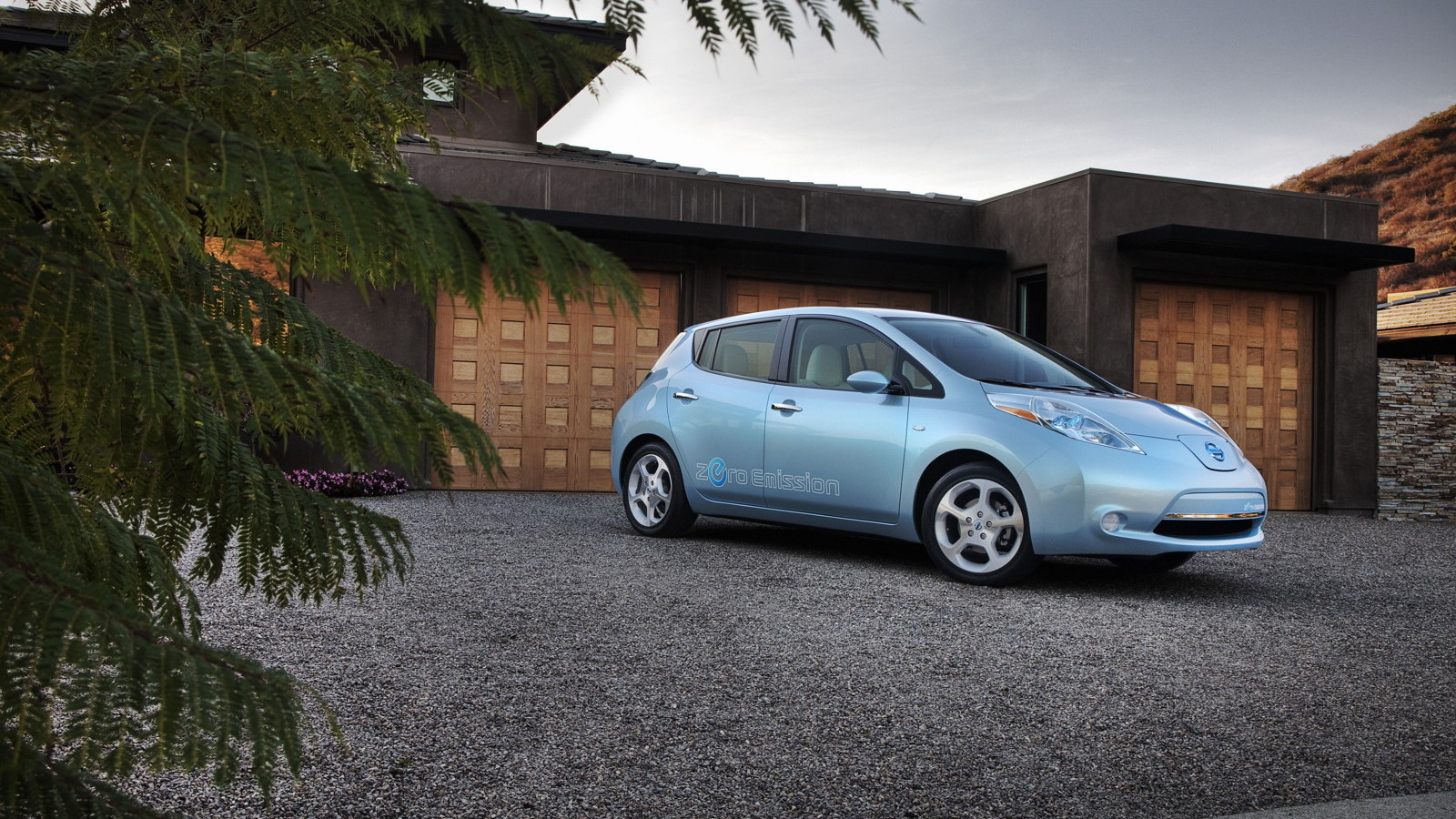 48 of these in Nissan LEAF

Nissan is betting a lot of its future on the 2011 LEAF, which TheCarConnection.com took a very short spin in last week, in prototype form. But that's not all, Nissan has said that other electric vehicles will follow. Specifically, Nissan's future rests heavily on the proprietary batteries that each of them will have on board.

Under an unusual arrangement, Nissan will likely retain the batteries on lease, even for vehicles that are sold. Details of this arrangement haven't yet been announced, but it's built around the automaker's belief that it can recoup some of the cost of the batteries—and lessen their environmental footprint—by finding them a secondary, non-automotive life. The automaker is negotiating directly with regional power authorities and power companies who might be interested in using the cells as part of large-scale energy storage for wind, solar, and other renewables, as well as scenarios that would involve the storage of energy for industrial uses and peak/off-peak optimization.

The assumption is that beginning at about five years—but potentially as soon as three—Nissan will begin seeing LEAFs coming back as trades. Through a program—possibly something like a certified used-car program—Nissan might take out the original battery, install a new upgraded pack, and resell the vehicle. "The typical ownership of a car is five years" for new-car buyers, said Mark Perry, Nissan North America's director for product planning and advanced technology, so they're tentatively lining up the secondary battery agreements beginning three to five years from launch.

For those who plan to keep the LEAF longer, its battery pack is projected to last ten years. "After ten years you'd have 70 to 80 percent of capacity," said Perry. "So even then it's not like you'd use the battery up and it's no longer viable."

But even at five years, there might be quite the incentive to upgrade, even if you're going to hold on to your LEAF. Under the AESC joint venture between Nissan and NEC, engineers will continue to develop longer-range and lower-cost batteries. "Our engineers have not hung up their gloves," said Perry, "They're going to continue work and develop longer-range, lower-cost batteries and in 5, 6, or 10 years from now we fully assume to have a second- or third-generation battery available."

Nissan's Altra EV, which was tested with fleets in Japan and the U.S. in 1997 and 1998 (with a total of about 200 made), employed a lithium-ion pack and serves to show how steadily lithium-ion advances have been made. "Where we were in '98, that pack was about 900 pounds, we got 80 miles on a really good day. We're at twice the energy density, half the size, half the weight, way less cost than ten years ago," said Perry. "Now we just extract that technology roadmap and continue to move forward."

Perry said that eventually, changing the battery in one of the company's EVs will be much like upgrading memory in a computer. As more power will be available in a given size/weight footprint, owners will find the upgrade desirable as well as cost-effective.

Any battery upgrade would likely fit into the same space and occupy the same weight, for safety reasons, and the LEAF's power management software is fully capable of handling a significant upgrade in battery capacity, so it would simply be a matter of swapping the battery pack—located under the floor—and nothing more.

The Nissan LEAF's range of about 100 miles is enough for 95 percent of Americans' daily use patterns, according to Nissan, though they aren't completely shying away from the issues around range anxiety. "So now the question is, do we bring out a 200-mile battery just to kind of help those people who maybe still have some concern—the range anxiety question—or do we say it's a hundred-mile pack, but at a lower cost?"

"So all those variables are out there," explained Perry, and it will depend on how the LEAF is initially received and what people want. That's a question that is being addressed with help from a charging-station and infrastructure partnership with eTec and assistance from Idaho National Laboratories, to study use and charging patterns.

By then Nissan will likely have several new EV models, though these are all expected to share the same battery technology.

Nissan is also considering environmental end-of-use questions; it's has gone through the entire cradle-to-grace lifecycle for its cells and battery packs and insists that it's putting in place a recycling program, in addition to the secondary uses of the cells, that will be managed at least in part by the automaker. "These packs will not end up in a landfill," assured Perry. "They will be recycled, recovered and reused."